Fancy dipping your paddle into the world of sea kayaking? These are the top places to take to the seas – spectacular views and wildlife guaranteed

Where to kayak: North Island’s watery playground, the Bay of Islands, offers everything from game fishing and scuba diving to swimming with dolphins.

It is also a perfect place for sea kayaking with some 150 islands to explore and a climate that won’t make you shudder at the prospect of getting wet. 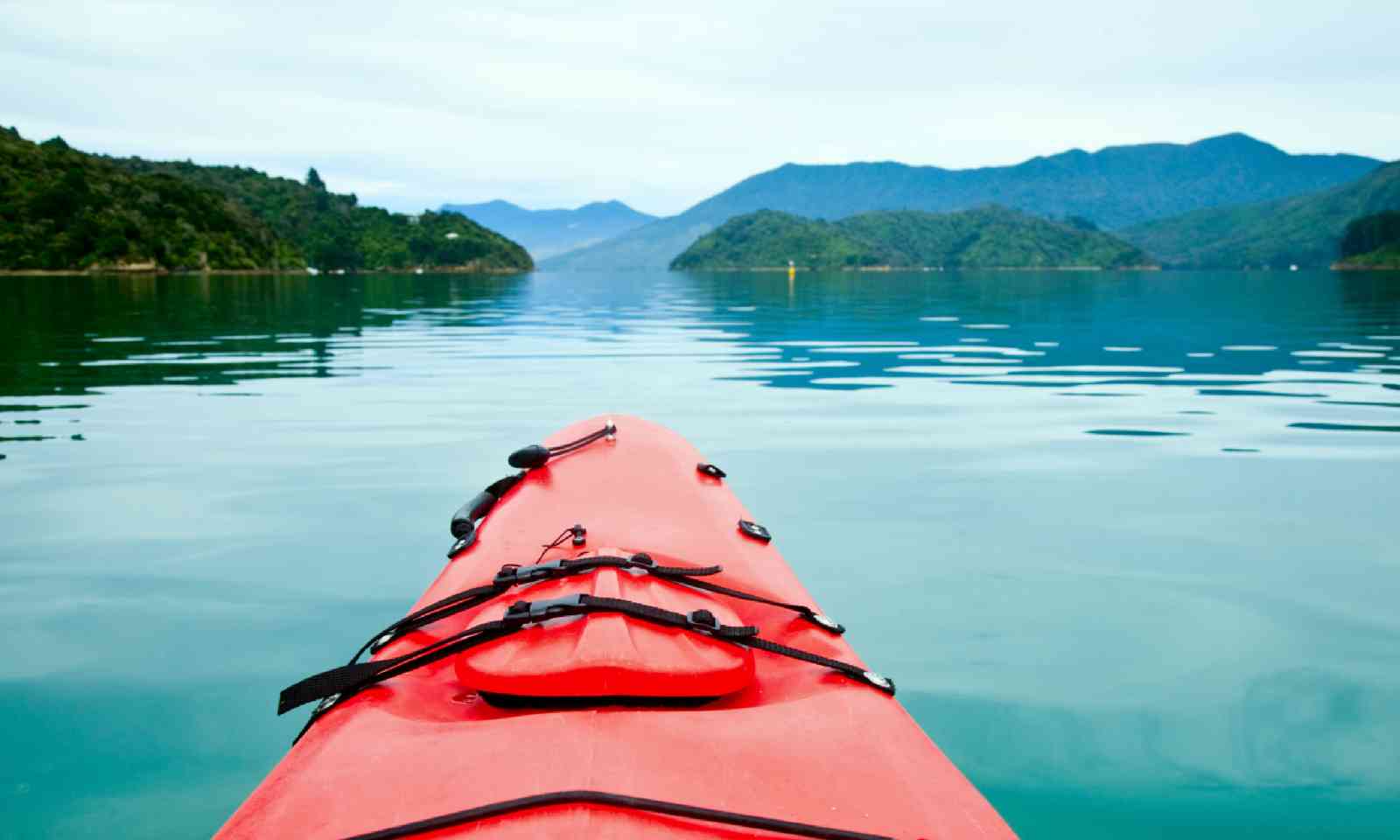 Nip across Cook Strait and you have a choice of two kayaking hotspots at the northern tip of South Island. Base yourself at Picton or Havelock for forays into the labyrinth of bays and inlets comprising the Malborough Sounds and head to Marahau or Totaranui, gateways to Abel Tasman National Park with its sandy beaches and forest-fringed estuaries.

Fiordland is a Mecca for sea kayakers, with slightly more challenging paddling in Milford and Doubtful Sounds, while Paterson Inlet on Stewart Island promises hardy souls close encounters with marine life and a chance to visit some of New Zealand’s most ancient and intact forests. 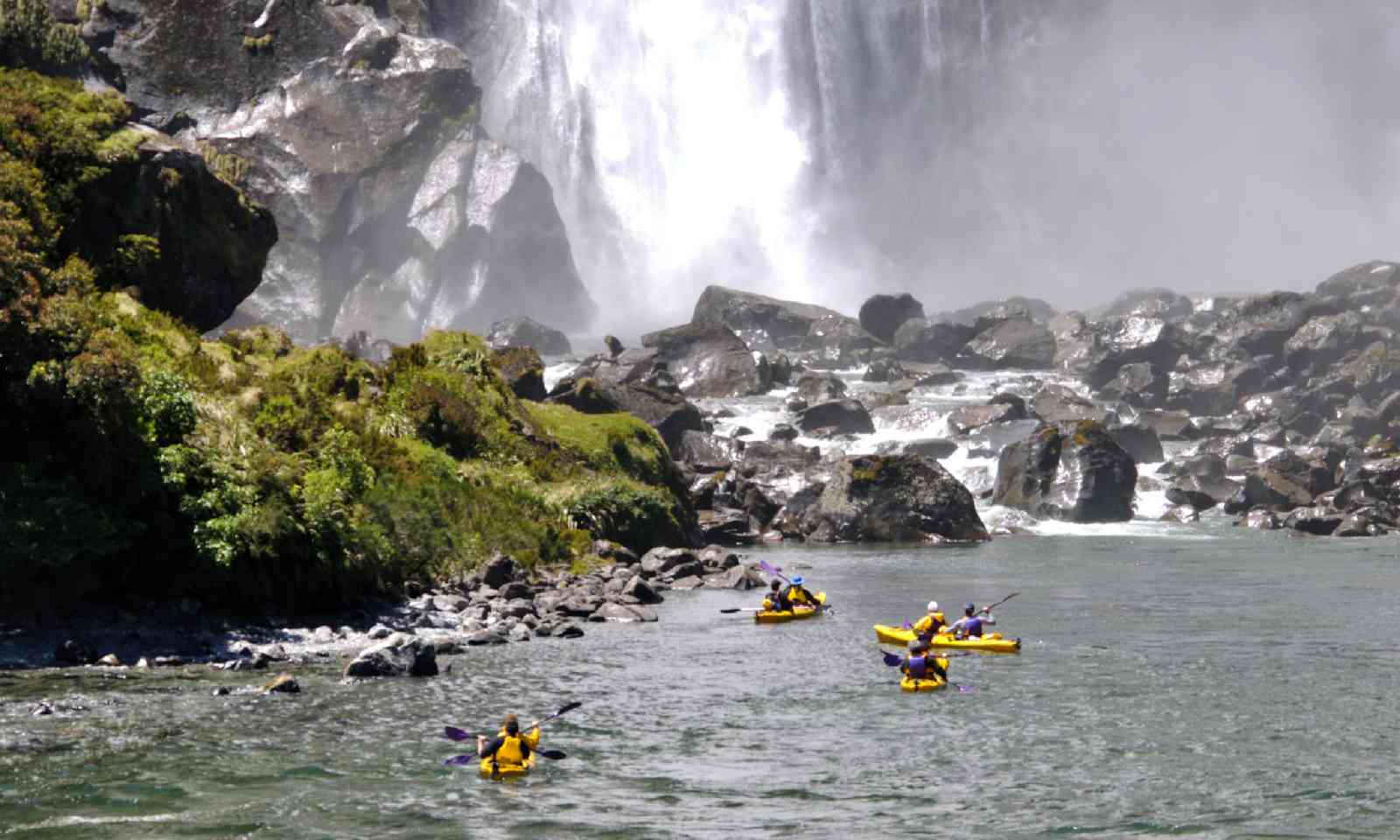 Top tip: Take a pair of waterproof binoculars with you – New Zealand has an extraordinary range of seabirds, including penguin and albatross.

If you’ve ever thrilled at the sight of a whale from a tour boat just imagine what it’s like from the perspective of a sea kayak! Although close encounters are never guaranteed (and you should always respect minimum viewing distances to avoid disturbance), Baja California provides an unrivalled opportunity to paddle with cetaceans. 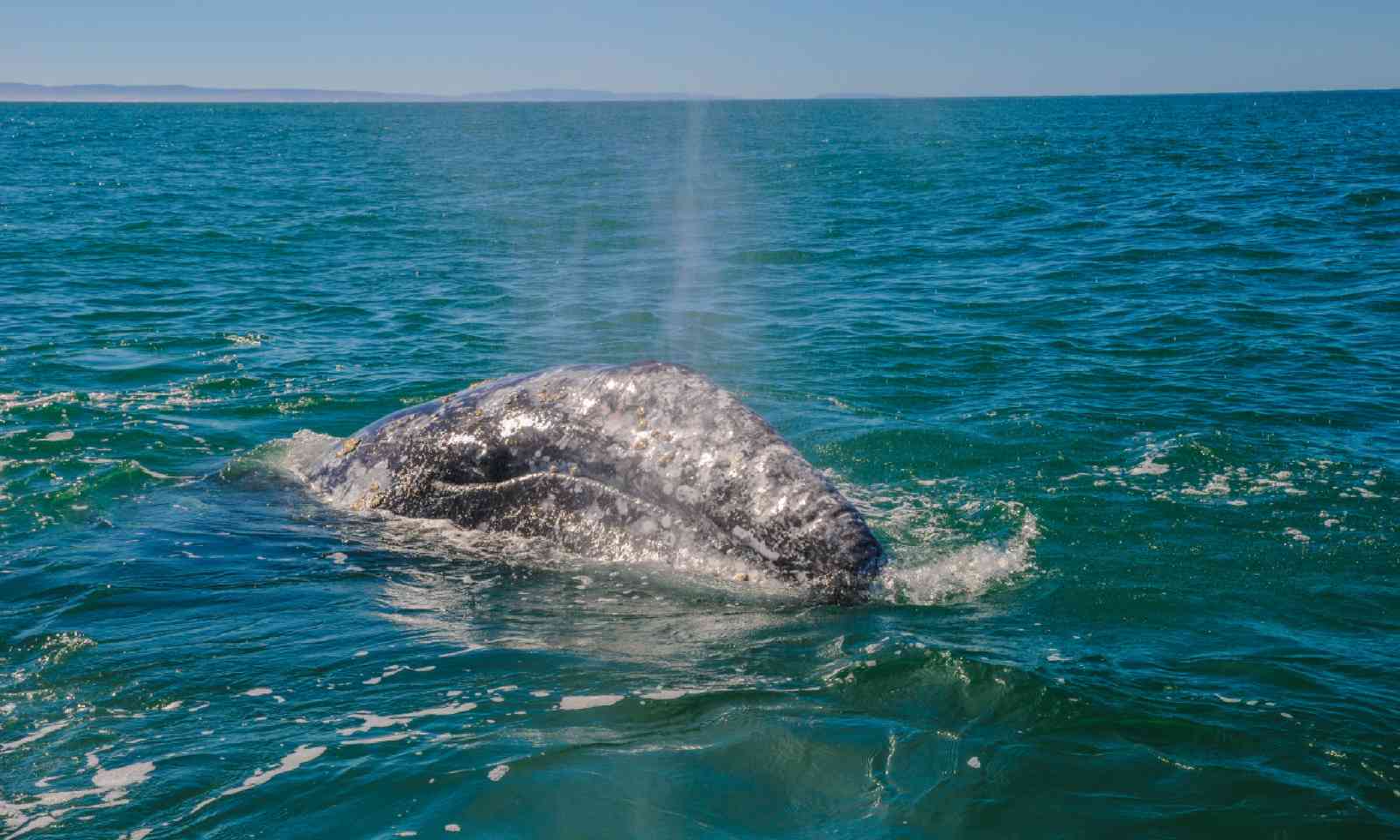 Where to kayak: There are two main choices. Between January and April, grey whale visit the Pacific coast of Baja to socialise, mate and give birth, often congregating in lagoons such as Magdalena Bay. These broad swathes of shallow water, with their mangrove-filled creeks, are ideal for kayaking. As well as whale and dolphin, you’ll see plenty of waterbirds, along with sealion hauled out on the long, sandy beaches.

East of the Baja peninsula, the Sea of Cortez (or Gulf of California) is a wintering ground for blue, fin, humpback, sperm, short-finned pilot, minke and Bryde’s whale, as well as several species of dolphin. A multiday adventure will also enable you to experience the unique flora and fauna of the Sonoran Desert. 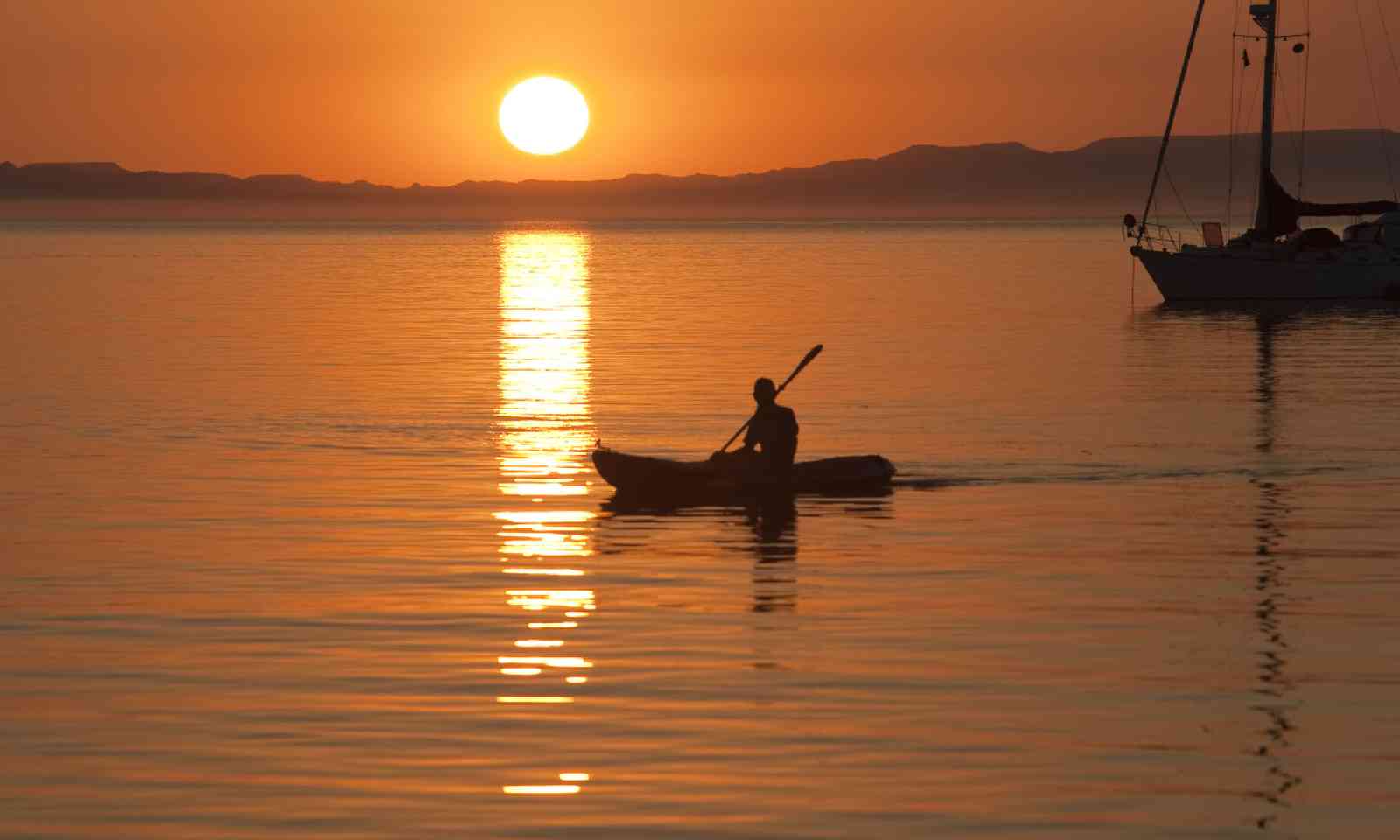 Kayaking in Sea of Cortez (Shutterstock)

Top tip: Ensure all food is securely hidden overnight beneath your kayak’s storage hatches, otherwise you may attract scavenging coyotes.

Also consider: British Columbia, Canada & Swakopmund, Namibia
Visit the Johnstone Strait and Blackfish Sound region off the north-east coast of Vancouver Island and you may be lucky enough to kayak with a pod of orca. Although a resident population hunts in this section of the Inside Passage, the best time to see orca is when they follow the salmon run between late June and August.

Everything about Alaska is big – from its mountains and glaciers to its forests and fiords – and to be dwarfed by it all in a sea kayak is a humbling experience. Don’t feel intimidated, though. With careful planning, several of Alaska’s wilderness areas are easily accessible and make rewarding locations for kayaking.

Where to kayak: The jewel in Alaska’s kayaking crown has to be Glacier Bay, where you can paddle among icebergs, witness calving glaciers (from a safe distance) and probe channels inaccessible to cruise ships. 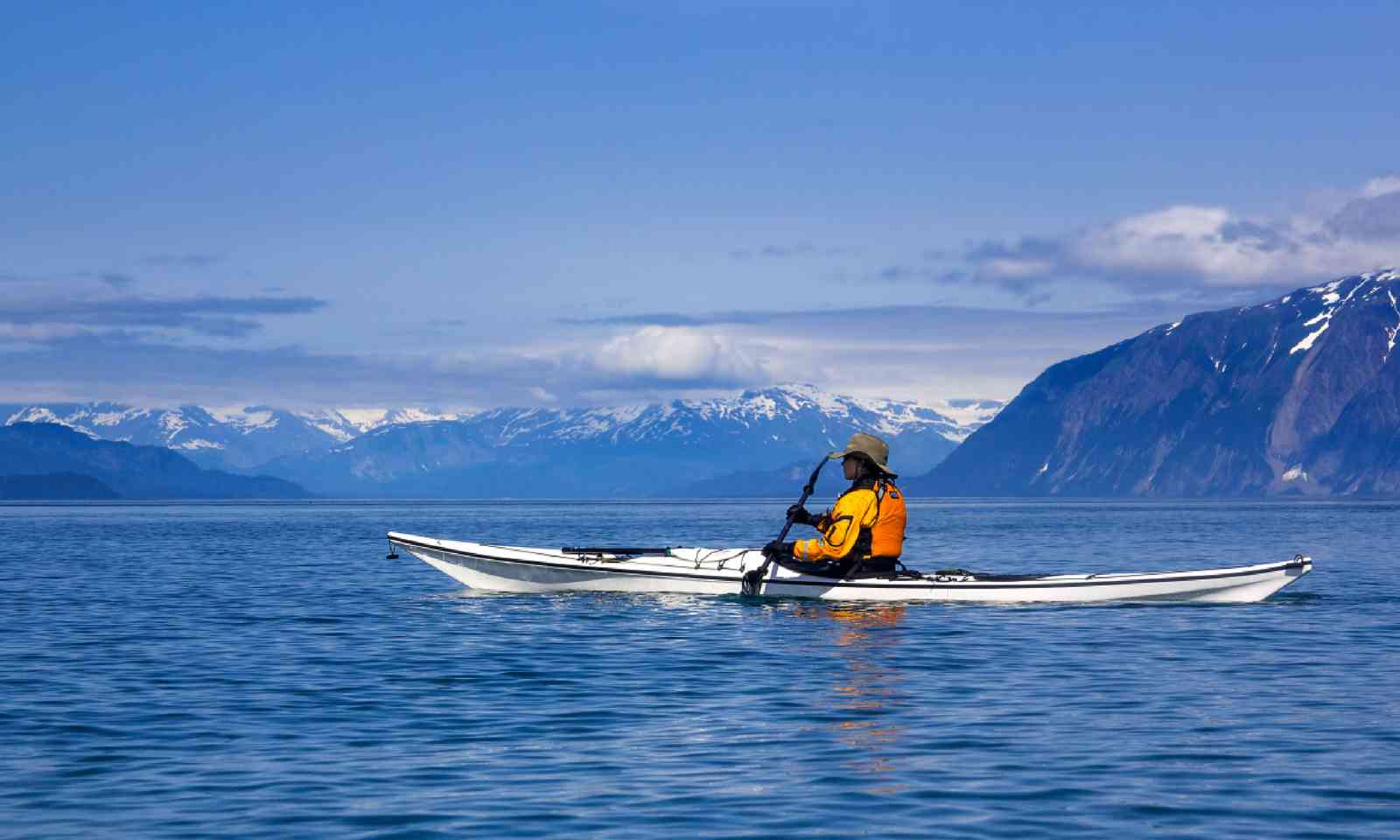 Fly or sail from Juneau to Gustavus, at the bay’s entrance, then allow around seven to ten days to explore Muir Inlet – one of the most popular choices for kayakers. Hemmed in by the Chugach and Kenai Mountains, the sheltered inlets of Prince William Sound are ideal for novice paddlers. Access the sound from Seward, Cordova, Whittier or Valdez.

Top tip: No doubt you’ll want to photograph all that dramatic scenery, but remember that cameras and kayaking are not good partners; keep all gear in drybags or watertight camera cases that can be lashed to your kayak’s deck for easy access. 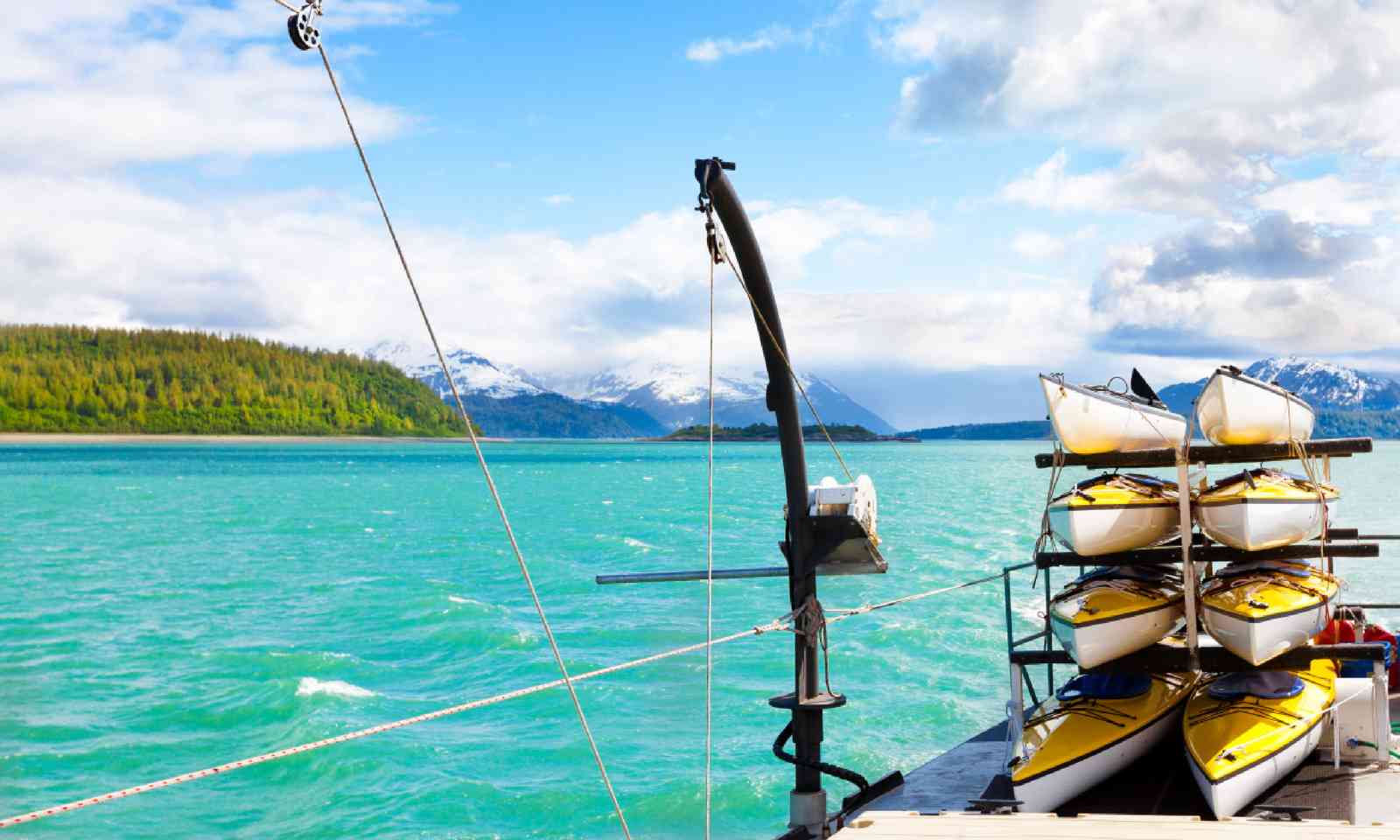 Also consider: Chile
The fiords and islands of Chile’s northern Patagonia region are crying out for exploration by sea kayak. One of the best spots is the Chiloé Archipelago, sheltered from Pacific gales and combining a mixture of virgin temperate rainforest and a thriving fishing industry.

Kayaking in Vietnam you’ll not only witness extraordinary scenery, but gain an intimate insight into the country’s coastal communities – meeting and dealing with local fishermen who will be only too happy to supply you with your evening meal. Where to kayak: The premier sea kayaking location in Vietnam (and perhaps the whole of Asia) is Halong Bay, a UNESCO World Heritage Site peppered with 1,600 islands – many of which have enticing sea caves, tunnels and mangroves. The Mekong Delta, meanwhile, offers easy paddling through myriad channels and a chance to join the ebb and flow of life at floating markets and villages.

Also consider: Greece
No epic odysseys – just a morning’s laid-back paddling in the Ionian Sea followed by lunch in a taverna and the chance to mingle with locals along the waterfront.

Don’t be afraid to admit it. If your idea of sea kayaking is to be able to occasionally flop overboard into warm, azure waters before drying off on a tropical island beach then make for Fiji. A paddle in paradise is a laid-back affair with plenty of time for other activities such as snorkelling, visiting villages and playing the castaway on remote desert islands. 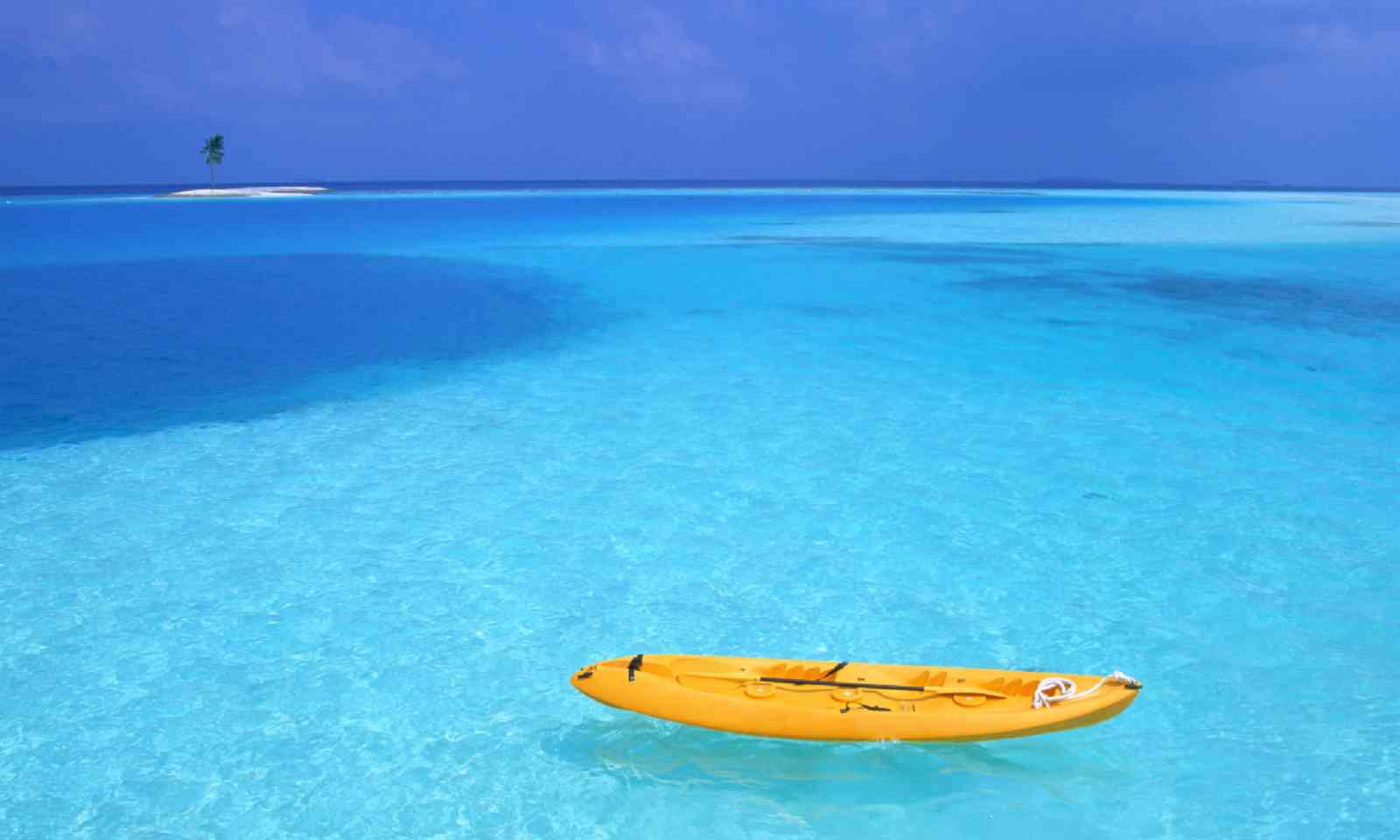 Where to kayak: The Yasawas, a chain of 20 volcanic islands to the north-west of Viti Levu, is one of Fiji’s most popular kayaking destinations. Allow at least a week for paddling between three or four of the islands.

Also consider: Belize & the Bahamas
More tropical island-hopping awaits kayakers around the Belize Barrier Reef and the Exuma Cays in the Out Islands of the Bahamas.

Scotland is the perfect place for more adventurous paddles – the sea is rich in wildlife, there are plenty of islands to explore and you’re never far from a local pub and a warming dram or two! 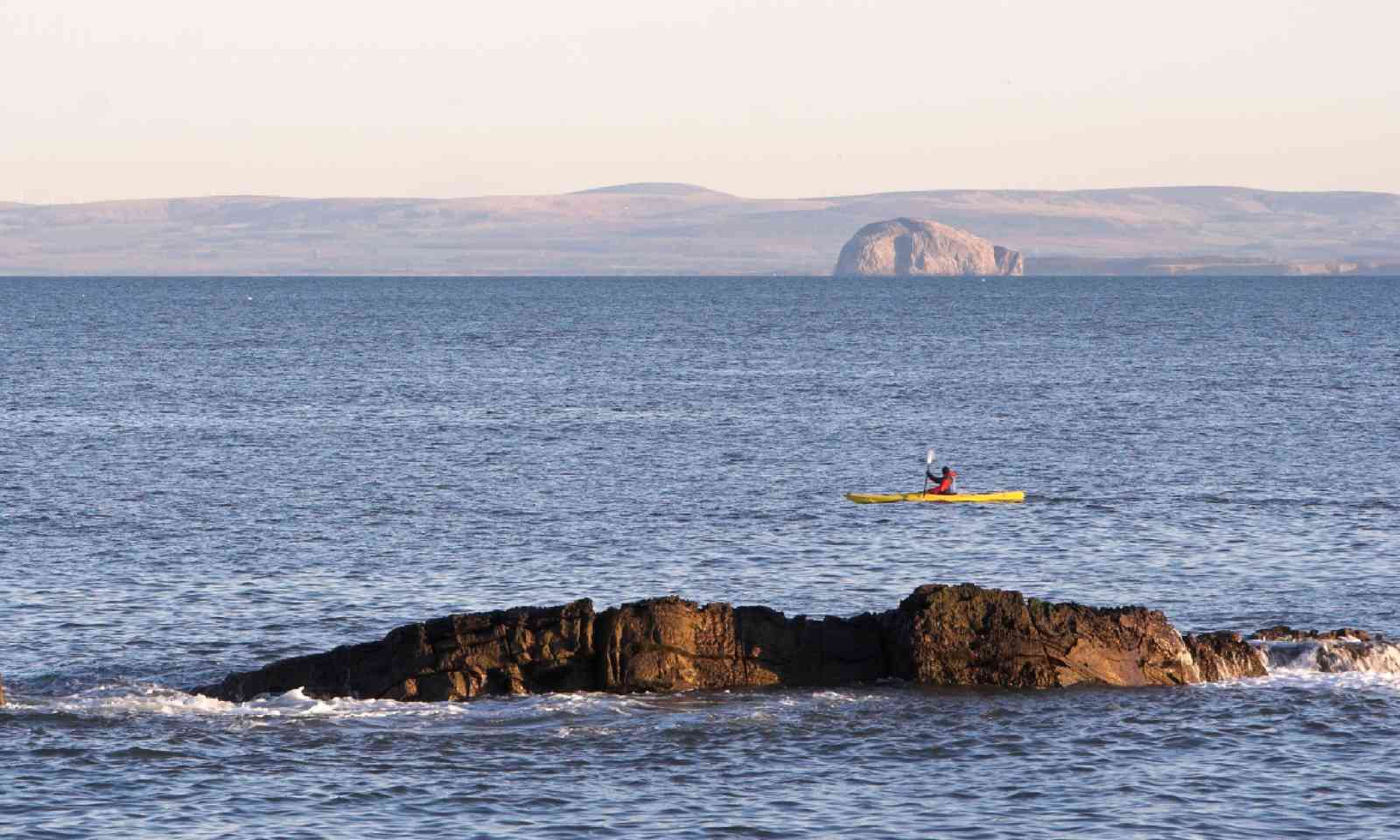 Where to kayak: The wide, sandy beaches and startlingly blue seas of the Western Isles come as a revelation to many visitors. A good option is the coastline of West Lewis where you’ll spot seabirds, seal and, with luck, whales and dolphins.

Also consider: Ireland
Pick up a paddle for just half a day in West Cork. The paddling is suitable for complete beginners and provides a great perspective of the region’s coastline with its ancient castles, sea caves and abundant wildlife.

Ready for a challenge? Travelling by sea kayak in the High Arctic enables you to experience one of the world’s least-visited places and explore a truly wild frontier with minimum impact on the environment.

Where to kayak: During the brief Arctic summer, when the sun never sets and temperatures creep up to 18°C, the fiordland of northern Ellesmere Island frees itself of enough ice to allow access to kayakers.

Paddling between icebergs with a backdrop of high peaks and tidewater glaciers, this extraordinary ‘top of the world’ experience is embellished by sightings of walrus, muskox and narwhal, as well as fascinating insights into Inuit culture and prehistory.