The winners of Wanderlust’s Photo of the Year competition 2015 won an amazing photo assignment to Western Australia. We caught up with them to find out what it’s like to photograph Western Australia’s cities, wildlife and epic landscapes

What were you looking forward to most ahead of your trip to Western Australia? 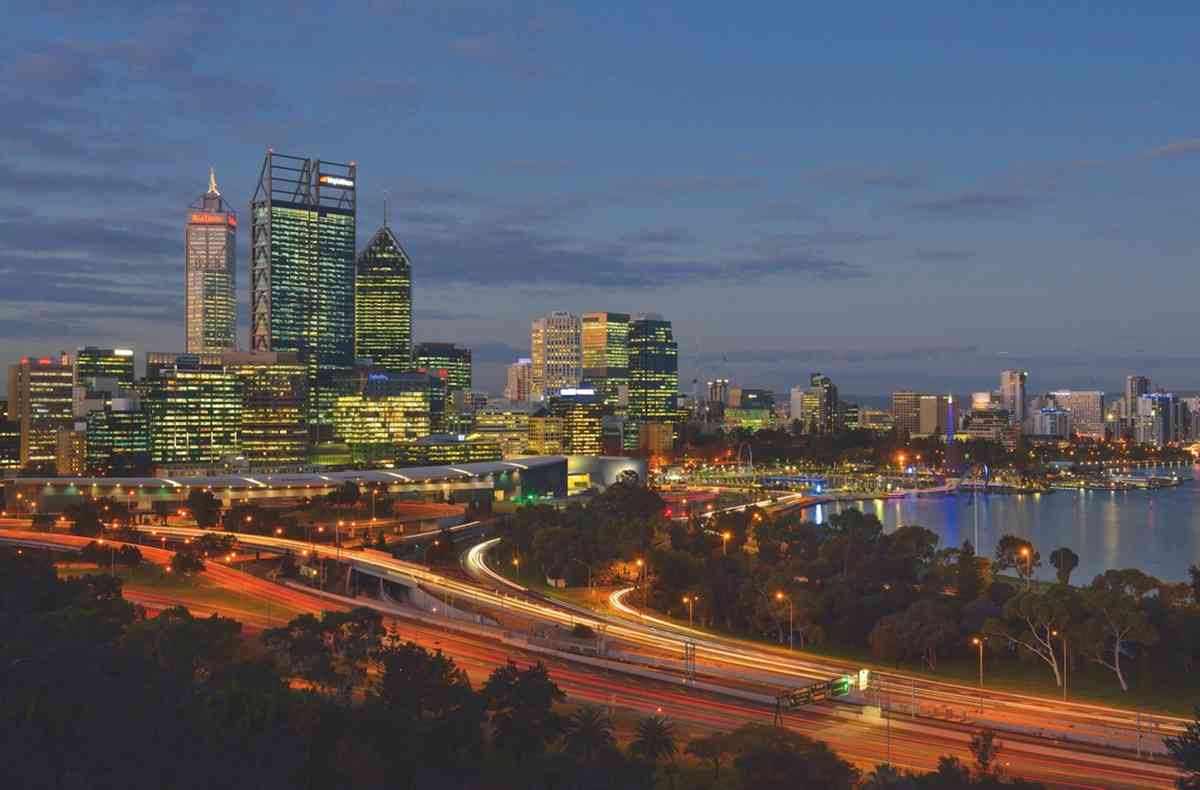 Tony Cowburn: I had never previously dreamt of travelling to Australia, so I researched various locations in Western Australia. as a photographer with a real interest in coastal scenery, I decided I really wanted to see the national parks around Albany, the coastline in Margaret River and also Rottnest Island.

Vittorio Ricci: I've never been before in Western Australia, so there were several locations I was looking forward to visit. If I had to choose one of them before the trip, I loved Wave Rock, near Hyden.

Kasia Nowak: I was looking forward to seeing and photographing awe-inspiring otherworldly landscapes. I'm mainly a landscape photographer, and I won the Icon category of the competition with what, essentially, was a landscape shot.

Charlotte Currie: I was most looking forward to seeing the more remote areas surrounding Broome to experience the colours of the red earth, to see the caves and gorges, and to visit the indigenous communities on Cape Leveque.

What impressed you most about Western Australia? 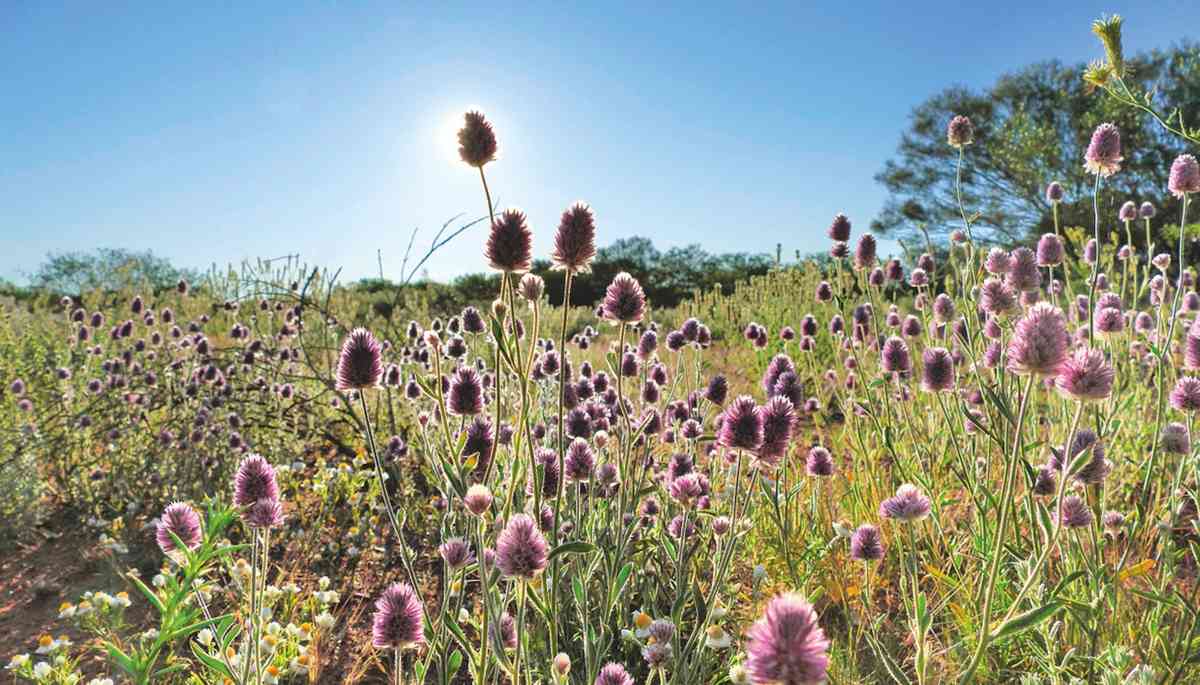 Tony: The space and lack of crowds, the cleanliness, and the way we were welcomed everywhere we went. Overall, it was just wonderful, and a perfect holiday destination. And they drive on the left in Australia, too.

Vittorio: I was deeply impressed every day from something made by nature and not by men. I can't forget that I saw a beautiful spring wildflower blooming (above), searching for humpback whales and another one swimming with dolphins, Nambung NP with its Pinnacles Desert, the beautiful insulation from time in Rottnest Island with sweet quokkas, the unbelievable Wave Rock, the magnificent beauty of the Barrier Reef from above, the peaceful and graceful Yanchep NP and the well known Kings Park in Perth.

Kasia: The landscapes didn't disappoint, but it was the Australian wildlife I was impressed with the most. I remember one moment in particular: driving from our motel in Kalbarri town to get to its namesake national park before sunrise, spotting three kangaroos crossing the street. It was my first ever sighting of a wild kangaroo and it felt like being on the movie set of Jurassic Park.

Also, the number of birds, including many species you don't come across in Europe. The colours and sounds are simply wonderful.

Charlotte: The amazing colour contrasts in the landscapes. The most stunning example of this was at Kooljamin on Cape Leveque, where the red cliffs on the beach against the blue ocean was a phenomenal sight to see.

What was your favourite spot photographically? 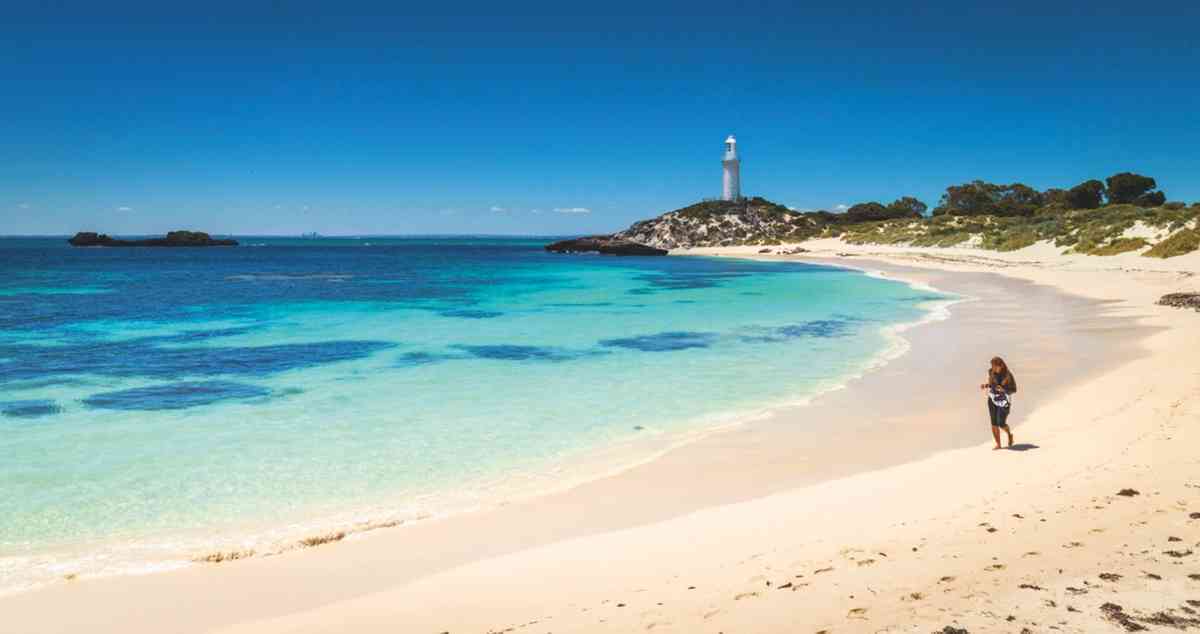 Tony: I loved Torndirrup National Park, close to Albany, and in particular Salmon Hole Bay, which is good for sunrises. I got there at about 5am one morning and got some shots of a dark and dramatic sky at dawn that I really like.

Rottnest Island (above) was also fantastic – an idyllic island with turquoise seas, no cars and no crowds.

Vittorio: If I had to choose, I prefer the Pinnacles Desert in Nambung NP because it has a particular appeal, especially at sunrise and after sunset.

Kasia: It has to be Kalbarri National Park with its big skies and photogenic red rock formations. In the evening most visitors leave and it feels like a true wilderness. We stayed well after dark so I could photograph the starry sky.

Charlotte: I would have to pick Cable Beach in Broome as the colours, the patterns in the sand from a day of people enjoying the beach and the incredible sunset really was a sight to behold.

What was your favourite shot? 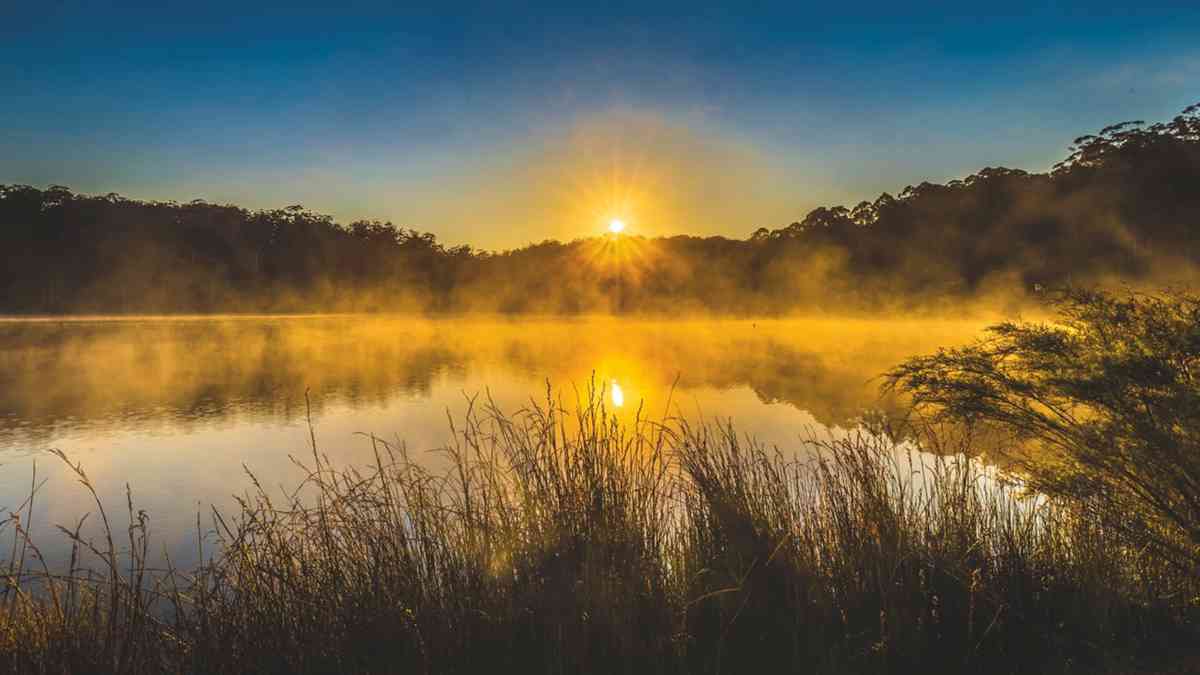 Tony: I was awake very early at Karri Valley near Pemberton and noticed a clear sky and a bright moon, so I ventured out to investigate. Then I discovered a beautiful mist hanging over the lake so I set up the tripod and waited for sunrise. The image I took just before dawn is my favourite, although I also like the one (above) taken just as the sun appeared.

I also really like the one of the Bathurst lighthouse on Rottnest Island, with a turquoise sea and a girl wandering along the white sandy beach. It sums up the beauty of Rottnest Island for me.

Kasia: Kalbarri. It's the image I took of the silhouette of the Nature's Window rock formation with the starry sky and the Milky Way in the background. One rarely gets an opportunity to photograph the sky without light pollution and being able to do just that with this iconic shape in the foreground was a truly memorable experience. The sky reflects the last ray of sunset but there is not a trace of man-made light in the shot.

Charlotte: My favourite image is the lone mangrove tree in the ocean, which we saw while exploring the Buccaneer Archipelago from Cape Leveque. The colours, the tranquility and the sheer surrealism of the image just really sum up the beauty that Western Australia has to offer.

What was your most memorable experience? 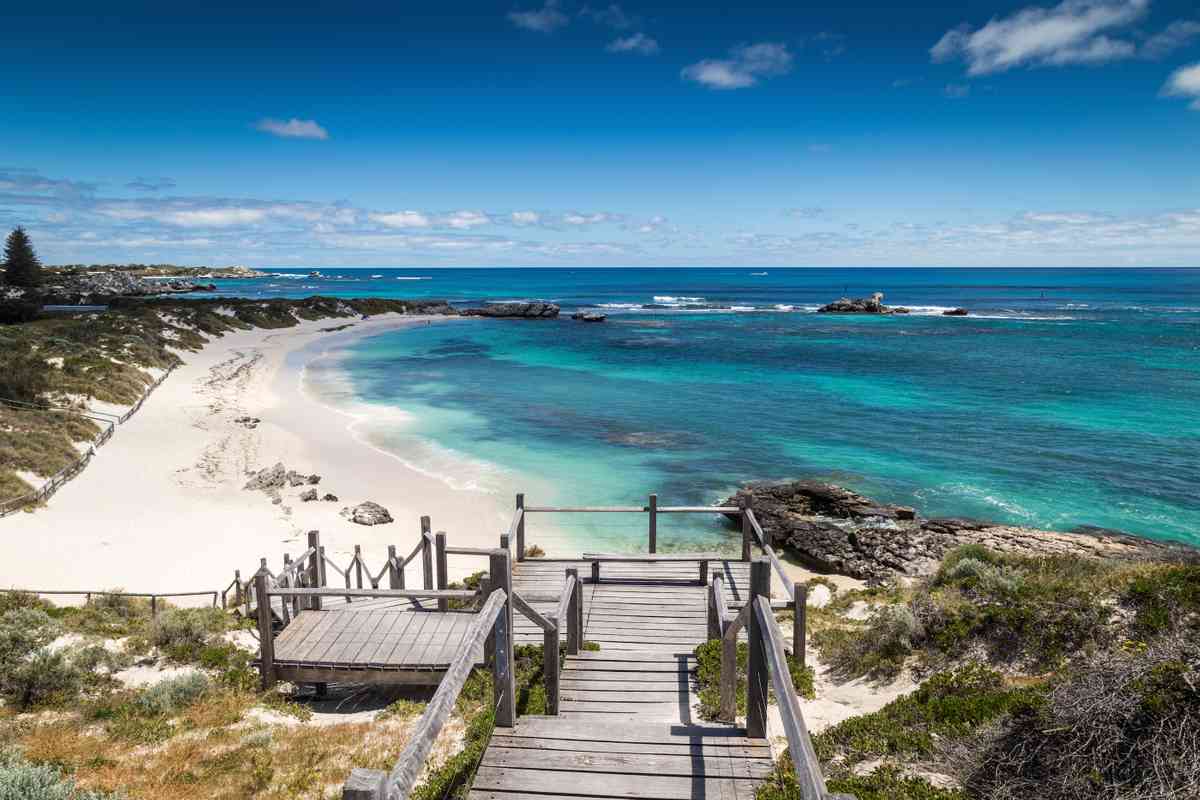 Pinky Beach on Rottnest Island, taken from the steps that lead down from Bathurst lighthouse to the beach (Tony Cowburn)

Tony: The day in Rottnest (above), our last full day in Western Australia, was the best. It was a clear sunny day with temperatures in the high 20s, with bike hire to explore the island, swimming in turquoise coves, wonderful photographic opportunities and some whales spotted on the way there from Perth. That’s a day to be remembered for a very long time.

Vittorio: Meeting two jumping humpback whales, mother and calf. It was a very unique opportunity, experience and sensation, a touching and together exciting moment.

Kasia: Driving on my own through Kalbarri National Park early in the morning, a couple of emus crossing the road just in front of the car, the sun just starting to rise. The sky was perfect orange and I had the place all to myself.

Charlotte: Cycling around Rottnest Island and seeing the beautiful turquoise ocean lapping the white beaches and finding quokkas happily roaming and posing for photos. Rottnest Island really is a location that has it all.

What made for the best landscape photographic opportunities? 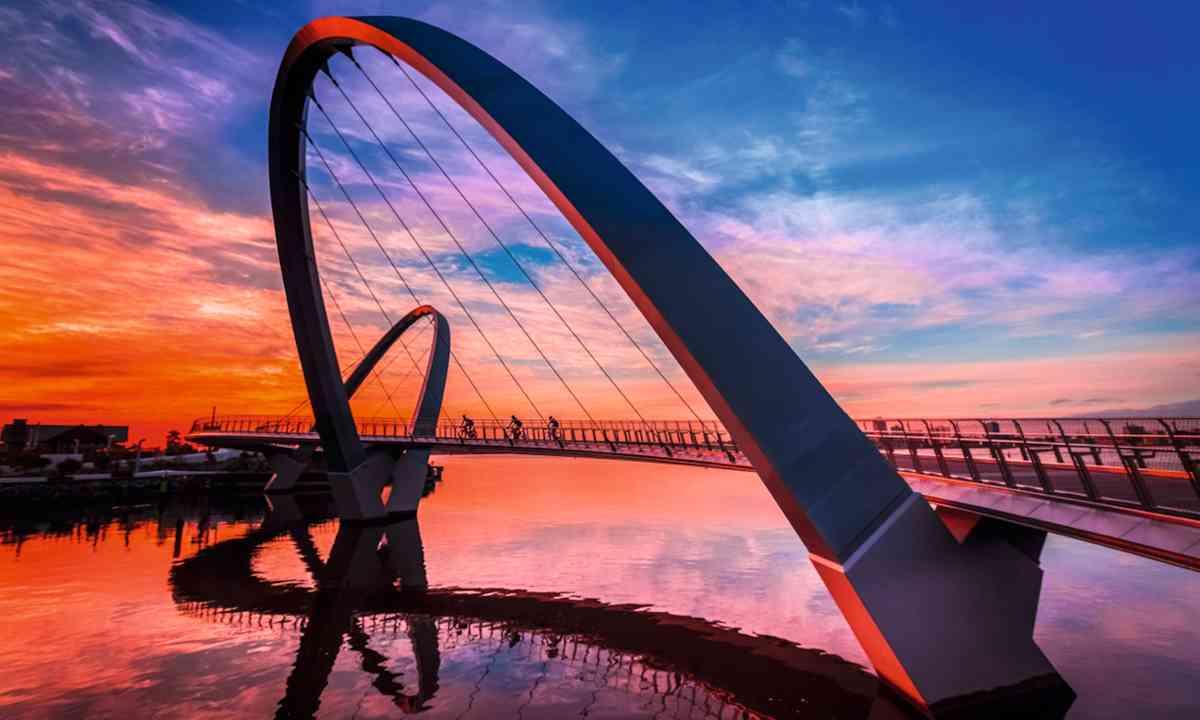 Tony: The coastal scenery was wonderful in Albany, Margaret River and Rottnest, but the most surprising opportunity was probably in the city of Perth. The view of the City from Kings Park wasHTML exceptional, particularly at night.

I also really liked the bridge at Elizabeth Quay in Perth, which is beautiful. I took several images there that I really like: a pedestrian on the bridge at dawn, three cyclists heading towards the rising sun, and the bridge illuminated at night.

Did you have any unforgettable wildlife moments? 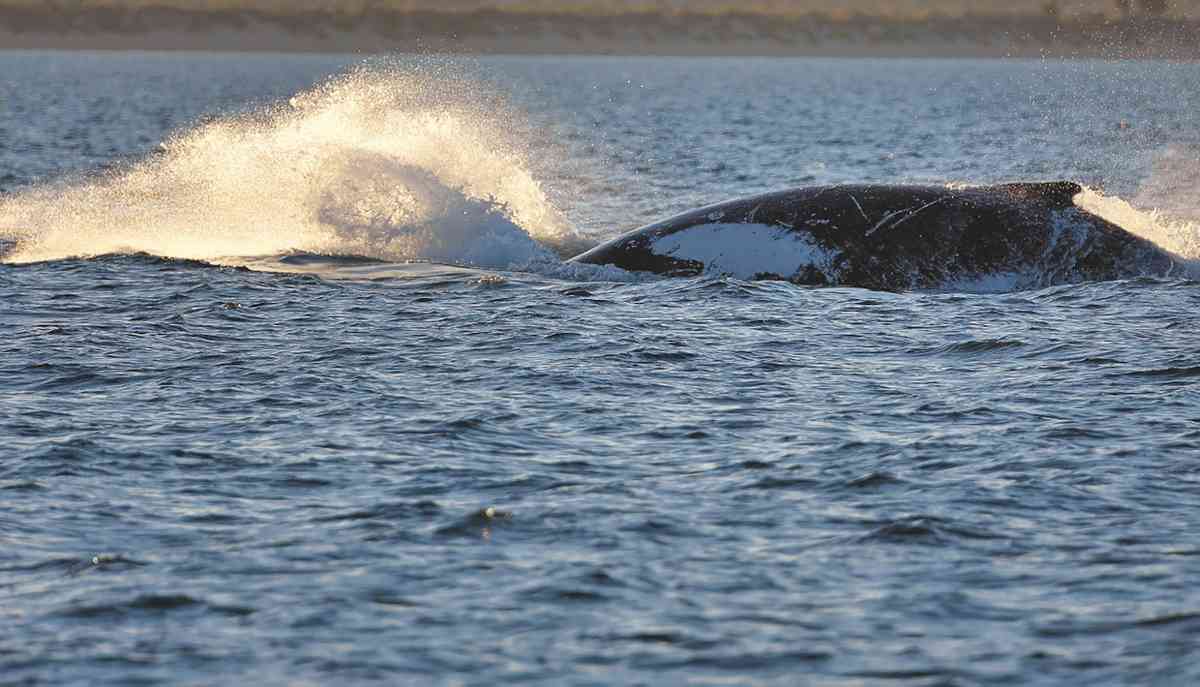 Vittorio: In Western Australia, I spotted quokkas, galah, emu, kangaroos and koalas. But the most unforgettable animal moments were swimming with dolphins and the brilliant experience with the humpback whales.

Which of Western Australia's icons were you most excited about photographing and how did you put your own stamp on it? 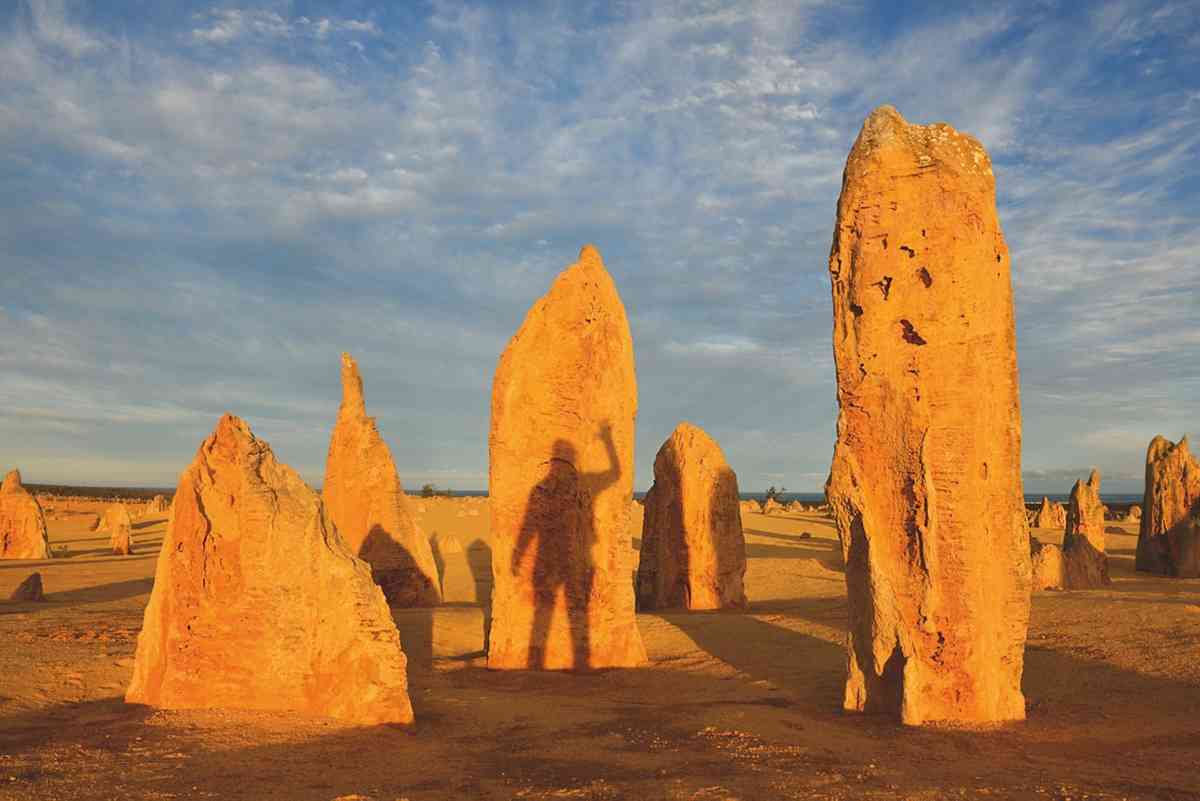 Kasia: I was very excited to visit the Pinnacles Desert, as that was the icon on the postcard I received from the Wanderlust team on the day I won the competition. I think I managed to take a unique photo of it: my shadow on one of the rocks, camera cleverly hidden on the tripod...

What has the trip and the competition meant for you in terms of your passion for photography? 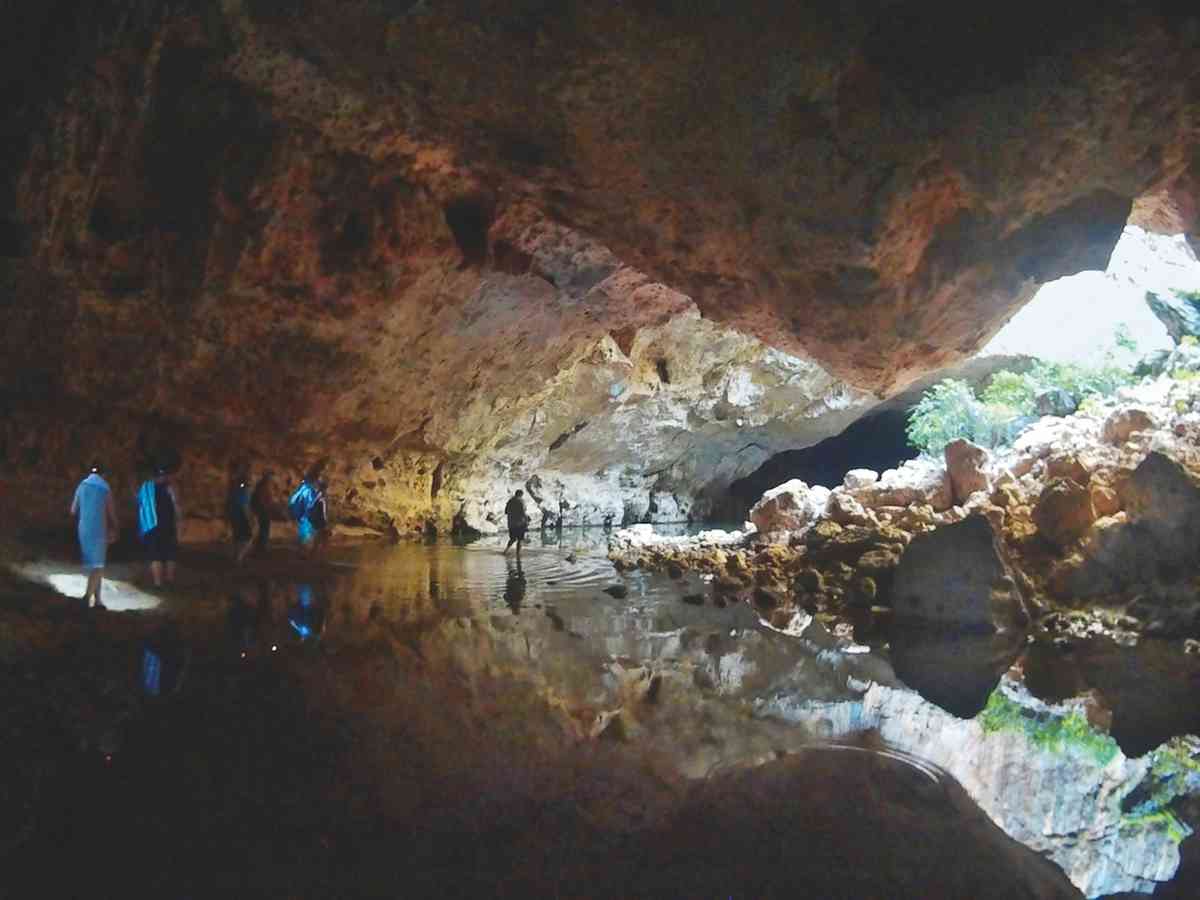 Tony: I was delighted and amazed to win the Wanderlust Travel Photo of the Year 2015 competition. Arriving in Western Australia had a huge impact on me. The striking colours, the expansive settings bathed in an exceptional quality of light reawakened my senses. I found it stimulating and challenging to try to capture the essence of this beautiful country. It really was the trip of a lifetime for me.

Vittorio: Winning the competition was something unbelievable and unexpected. For a time, I became really happy, like a child. It was a fantastic prize that gave me the opportunity to travel to Australia, a trip I dreamed for many years, but now it's most probably impossible and unrepeatable. Now, I can say it was worth the dream and it was a fantastic experience. A big thank you to Wanderlust.

Kasia: It was a fantastic trip. The bottle of champagne waiting for us in the hotel room was a really nice touch. Every new destination and photographic location broadens the photographic horizons, and Australia was very special for its nature. It will certainly inspire me to go out of my ‘landscape photography comfort zone’ and take more wildlife photos.

Charlotte: Winning this competition and such an amazing prize was a huge confidence boost and has inspired me so much. I have always been passionate about photography, but now I never go anywhere without my camera, as I just never know when an amazing photo opportunity might arise. Being able to see the more remote, outback areas of Western Australia has left me wanting to return, as there is so much more still to see. 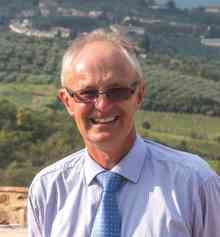 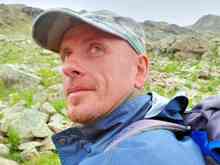 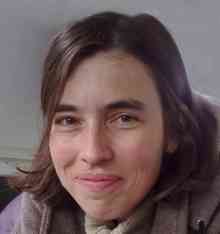 All the above photos were taken by the winners of Wanderlust’s Photo of the Year 2015 competition, who all won a photo assignment holiday to Western Australia.

Fancy your own Western Australia adventure. Check out trips you can book now on our Tripfinder: www.wanderlust.co.uk/tripfinder

Main image: Leeuwin lighthouse, near Augusta, at the southwest tip of Western Australia where the Southern and Indian oceans meet (Tony Cowburn)