Photo of the Year winner: Wild scenes in Botswana

From extraordinary wildlife to birds in flight and blazing sunsets, find out what makes Botswana "the most photogenic destination on the planet” as we catch up with Photo of the Year winner John Webster

Ahead of your prize trip to Botswana, what were you looking forward to the most?

I was most looking forward to close encounters with the wildlife. I had read that Botswana has more elephants than any other country, that elusive wild dogs could be seen there and that the Okavango Delta supported amazing birdlife.

What impressed you most about Botswana?

I was most impressed with the safari camp set up of Ker and Downey, the tour agents. We were assigned a personal guide/driver in each camp, who were very knowledgeable about the wildlife and its whereabouts.

The Shinde Camp - which translates as 'tree squirrel' - and Okuti were very different to each other in both terrain and camp layout, but the standard of accommodation and level of service was incredible. Shinde Camp was located on an island, dotted with palm trees on the edge of a lagoon and surrounded by waterways in the northern Okavango Delta. The accommodation was in luxury tents with mahogany floors and furniture.

Whereas Okuti Camp lies alongside the Maunachira River within the famous Moremi Game Reserve. The mosasas (houses made of reeds) were incredibly luxurious with twin beds, indoor and outdoor showers and panoramic views across the river from private balconies. 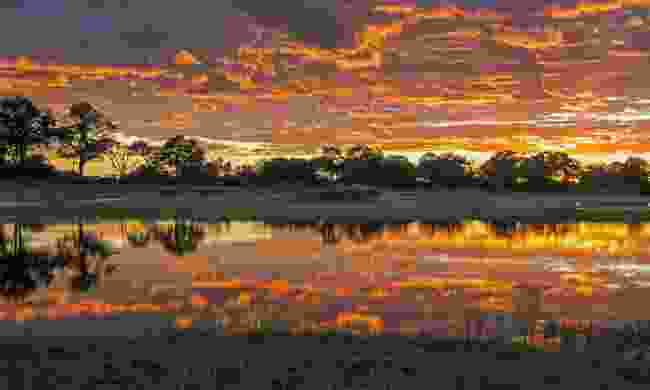 Where was your favourite spot photographically and why?

My favourite spot photographically was "Paradise Pools" in a corner of the Moremi Game reserve. A forest of dead trees surround shallow pools where impala, red lechwe and tsessebe drink nervously on the shoreline. African Spoonbills, storks and hadada ibis wade and feed among the reeds, while the dead trees were adorned with lilac breasted rollers, pied kingfishers and yellow billed storks. In the scrub nearby, 50 cape buffalos galloped through with two lions pursuing them.

Do you have a favourite shot?

There were many shots contending as my favourite. Of the mammals, our many encounters with elephants produced satisfying pictures as they were always protecting young and therefore quite aggressive, so we always had the vehicle pointing the right way. Since the Okavango Delta area of the Kalahari is very flat, the horizon was low affording us big skies. We had magnificent sunsets every night and always contrived to be near water to get wonderful reflections, whilst enjoying a sundowner of sauvignon blanc. 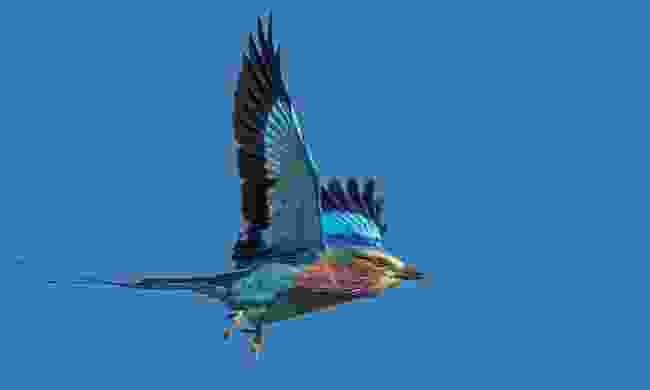 "The challenge was trying to get a clean image of a bird in flight." (John Webster)

What was your most memorable experience?

My most memorable experience was my first sighting of the increasingly rare wild dog in the Shinde Camp area. Our guide first spotted lechwe running through water at speed and when we eventually caught up, a single wild dog was still chasing them, without success. This went on for 10 minutes with the dog coming quite close to our vehicle before a group of Burchells' zebras with young, who were not frightened of the dog, chased it off.

What types of wildlife were you able to photograph?

One particularly memorable moment we observed, but were not fast enough to photograph, was an attack by a crocodile on a drinking lechwe. The lechwe escaped with a very bloody nose and sadly a probable slow death from infection. 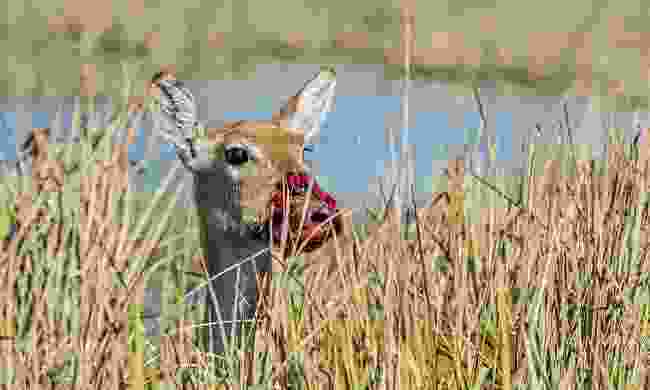 What has the trip and competition meant to you in terms of your passion for photography?

Winning the competition was extremely satisfying as well as most unexpected, when considering the thousands of entries involved. The prize of a safari holiday to the Okavango Delta of Botswana with its policy of low impact tourism was a magical experience.

The beauty and tranquillity of its winding waterways, open lagoons, tree islands, wonderful light and magnificent array of mammals and birds make Botswana the most photogenic destination on the planet.

The Okavanga River rises in Angola to the north and takes 6 months to reach the delta, then floods it in the dry season resulting in an absolutely unique environment and the primary wildlife hotspot of Africa. 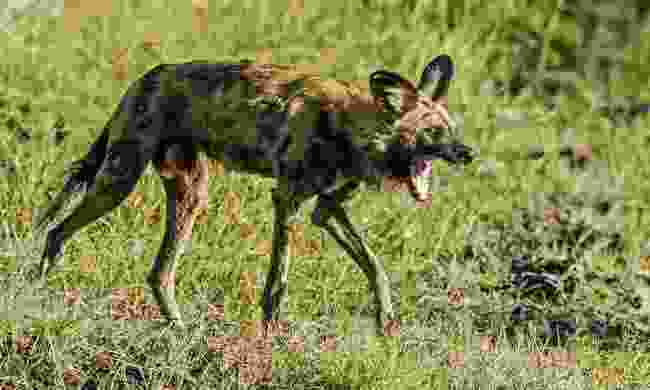 "This lone wild dog decided to square up to a group of Burchell's zebras protecting a foal." (John Webster) 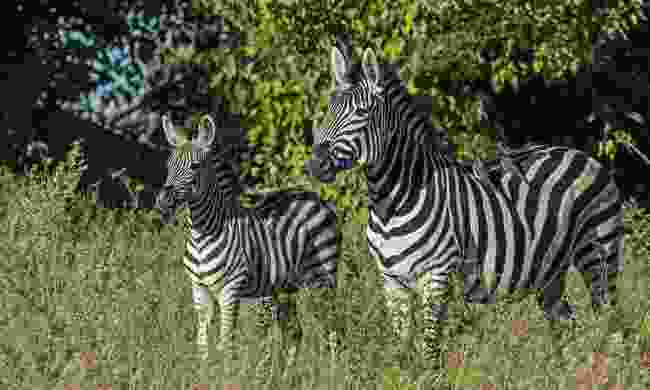 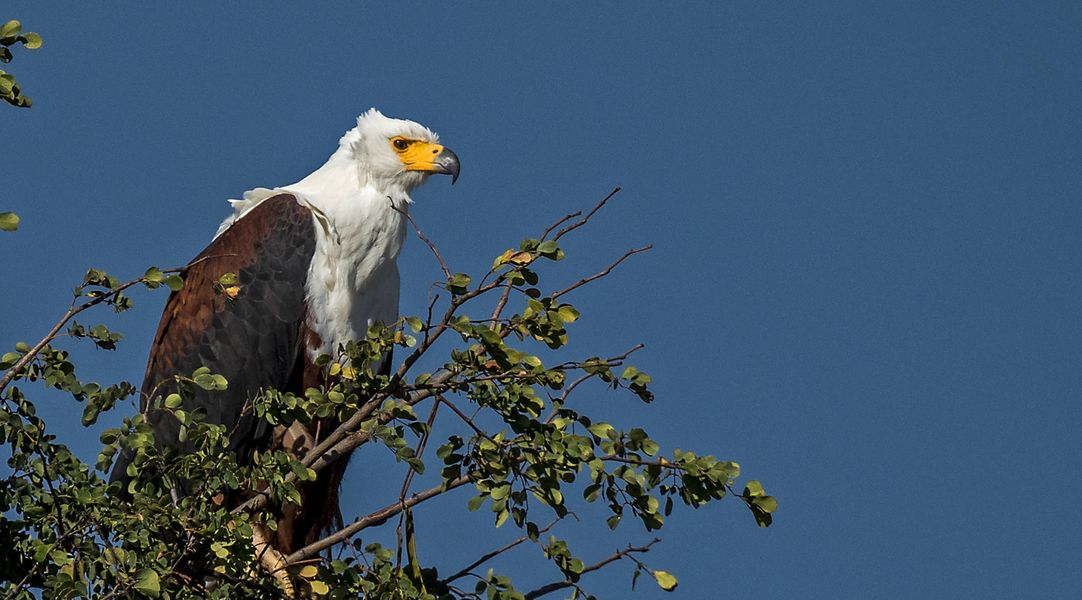 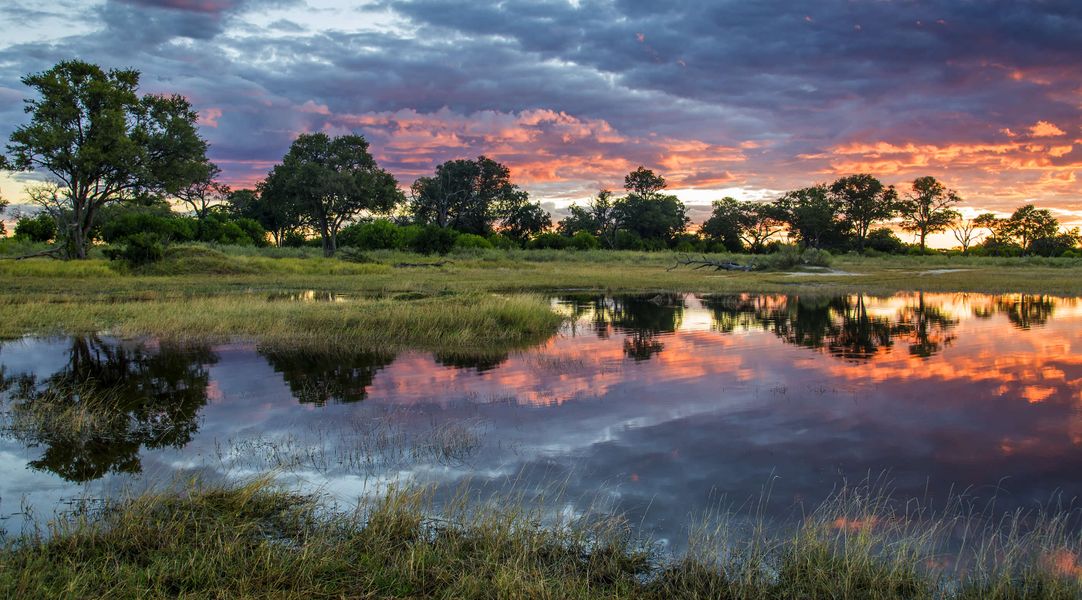 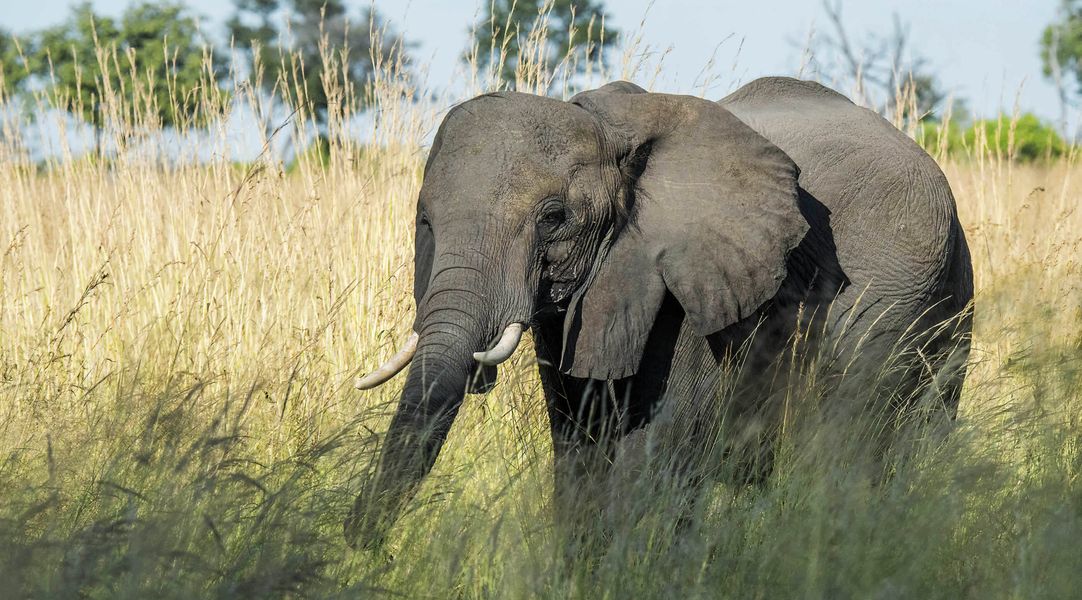 An elephant strolls in the grass (John Webster) 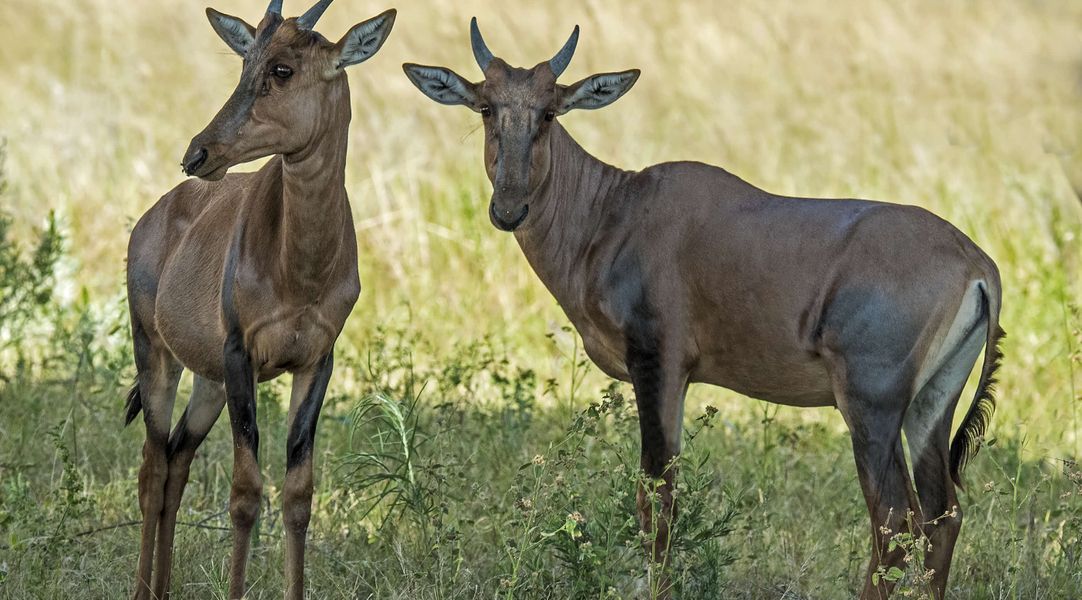 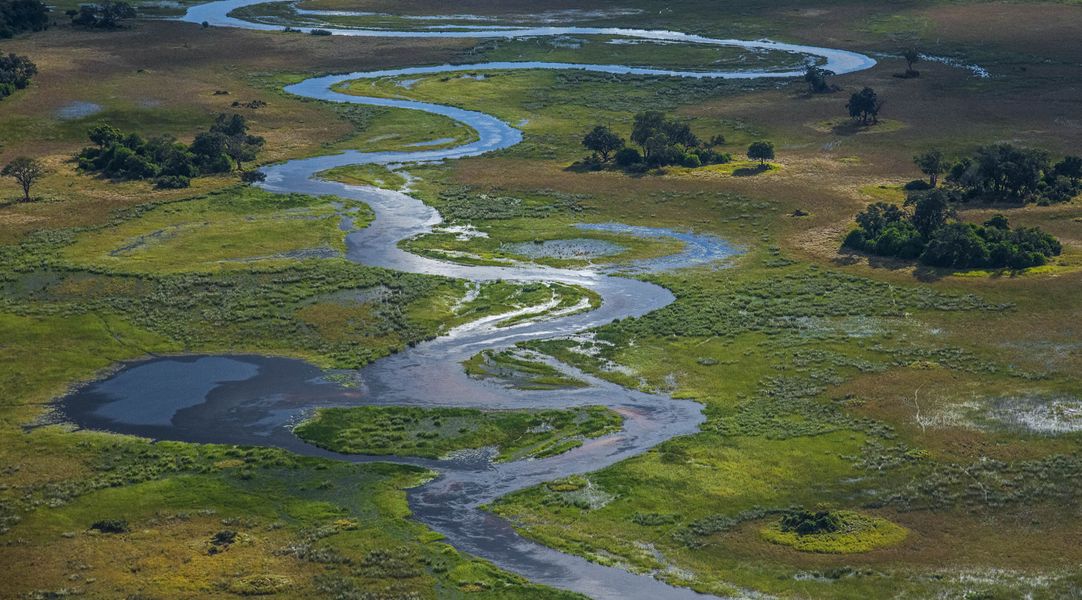 Delta from above (John Webster) 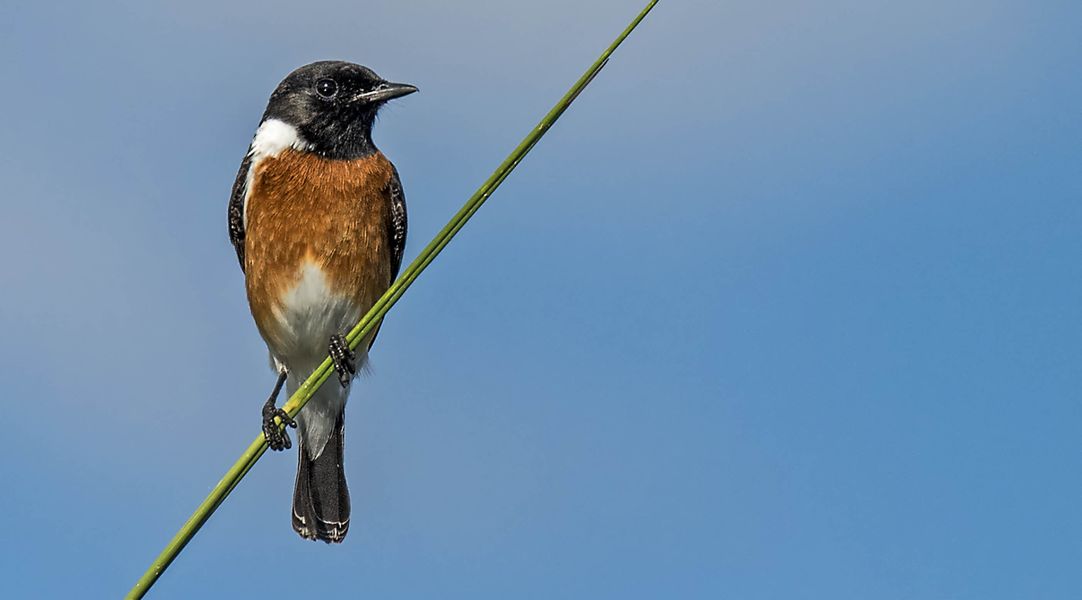 A stonechat bird perched on a reed (John Webster) 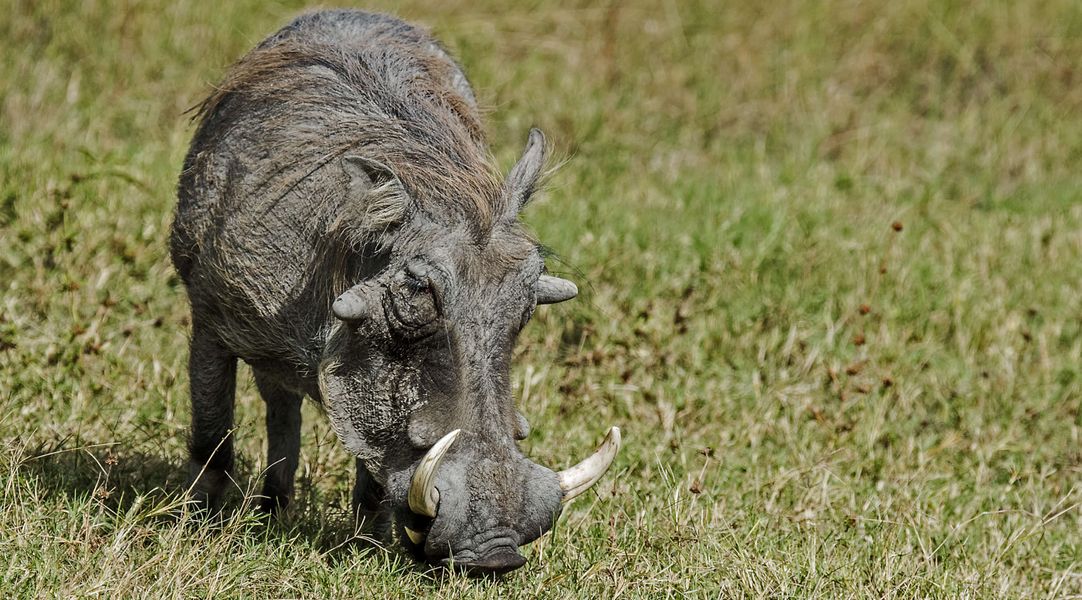 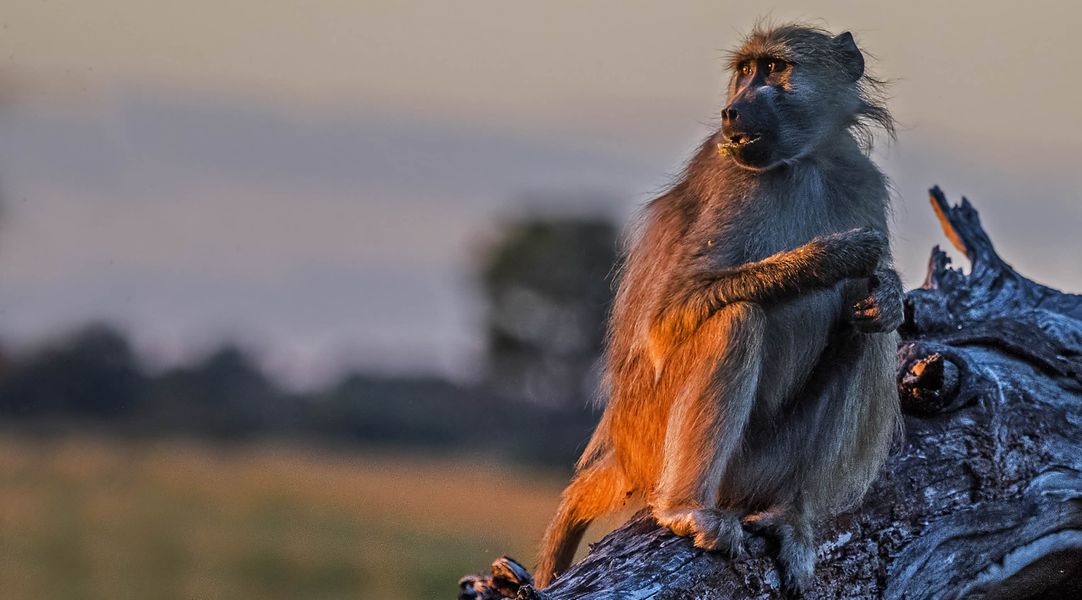 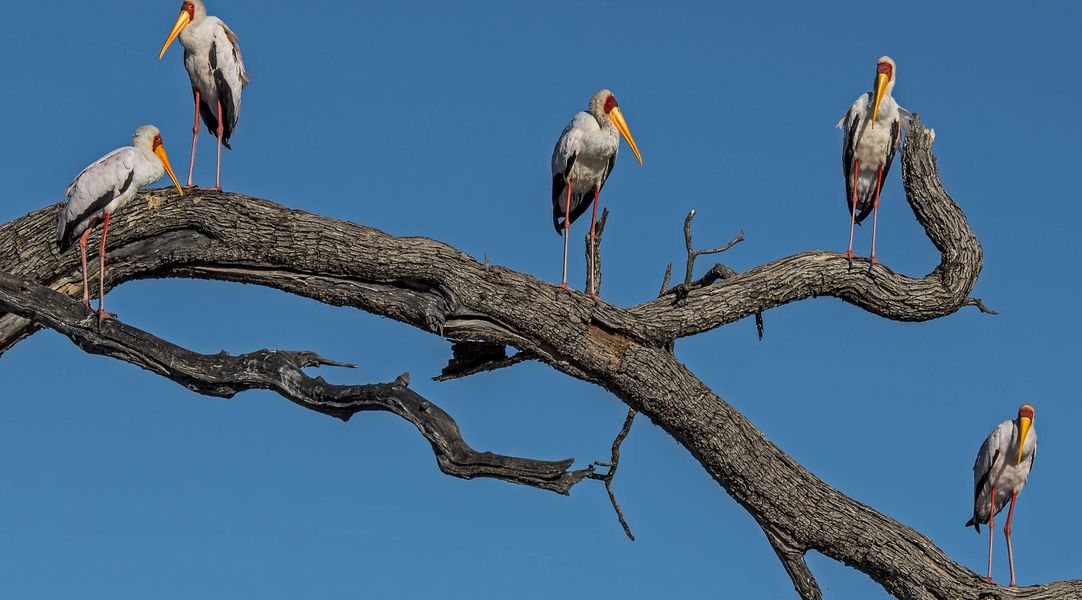 Ker & Downey will also open its new Dinaka Camp in the Central Kalahari in March 2018, offering a contrasting experience to that of the Delta.