The Inca Trail and the ruin city of Machu Picchu is undoubtedly a travel icon. But where else can you discover ancient towns, city remnants and the fascinating histories of entire cultures in Peru?

As visitor numbers to the great Inca site of Machu Picchu hit well over one-and-a-half million last year, it’s becoming obvious that travellers love this relic of a former age. But is it possible to love something to death?

Maybe, yes. The construction of a multi-billion dollar airport close to Machu Picchu has been widely criticised, raising concerns about the impact of increased tourist footfall on this fragile site will have. It seems that the best way we can protect this cornerstone of Andean heritage is to reconsider our visit by arriving outside of high season - or seeking other, equally life-affirming alternatives.

Ancient Peru has plenty more to offer. Harbouring one of the world’s six cradles of civilisation and the largest Adobe brick city in the Americas, each and every archaeological site bears testament to a history of dynamic civilisations and architectural mastery...

Here are 9 of the most intriguing archaeological sites in Peru... 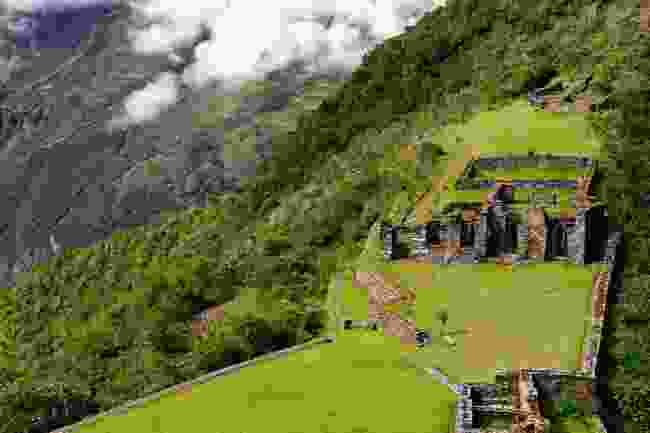 Despite its size, Choquequirao is sometimes thought of as a 'mini Machu Picchu' (Shutterstock)

Where it is: The city of Cusco in the Peruvian Andes

How to get there: A four-hour drive from Cusco to Abancay and the trailhead.

Built in 1445 and used as a rural retreat for the Inca elite, the appeal of the location is clear: terraces ring a truncated hilltop, surrounded by dense jungle and the gleaming glacial peaks of the Vilcabamba range. 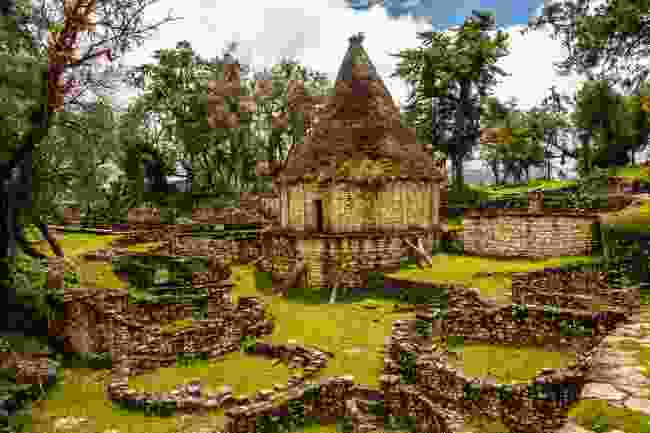 An iconic view of the lost city of Kuélap, Peru (Shutterstock)

Where it is: Chachapoyas, a town in northern Peru

How to get there: One hour's drive from Chachapoyas, followed by a 20-minute cable car ride or a hike lasting roughly four hours.

Andean cultures favoured lofty and impenetrable locations for their cities. The Chachapoya were no different, choosing a levelled mountaintop for the dramatic Kuélap fortress.

Sometime between 400 AD and 1493, enormous limestone slabs were heaved up the mountain to construct 20m high peripheral walls, and five hundred circular dwellings. Guides can fill you in on the residents’ curious penchant for burying their dead beneath their homes. 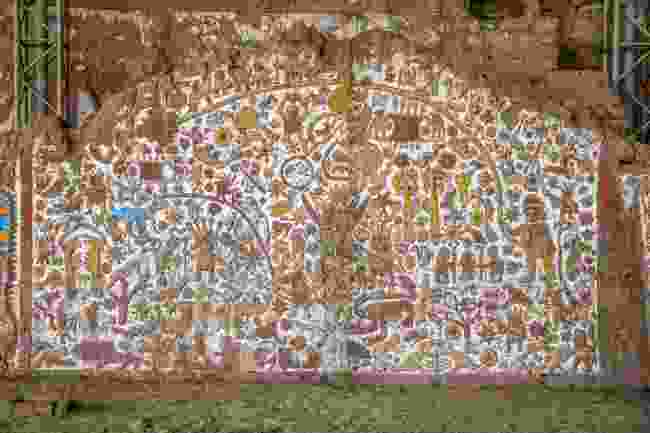 Where it is: Trujillo, a city in northwestern Peru

How to get there: A 20-minute drive from Trujillo.

The brilliant, polychrome friezes of the adobe Huaca de la Luna temple speak an uncomfortable truth about the Moche culture: theirs was a society built upon ritual human sacrifice.

As you inspect this 1,500-year-old pyramid and the neighbouring Huaca del Sol, the scorched, arid sands of the surrounding desert plains hints at why they made human offerings to the gods: a lack of water. 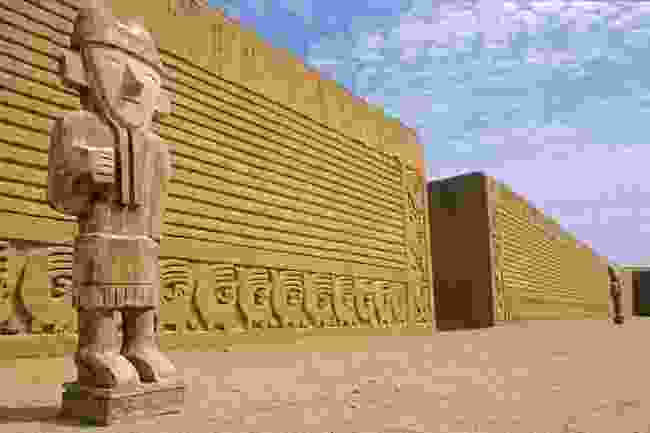 How to get there: The restored Nik An temple is a 20-minute drive north from Trujillo.

Rising out of the dust a stone’s throw from the Pacific Ocean, the labyrinthine corridors of Chan Chan represent the largest pre-Columbian adobe city every discovered, housing around 60,000 citizens and constructed by the Chimú culture in 850 AD.

Chan Chan is UNESCO-listed, and also the world's biggest mud-brick city. Only one of the nine temples that formed the site is open to the public, and you’ll have to imagine the Chimú’s expensive tastes. Nothing is left of the pure gold sheets once used for decoration. 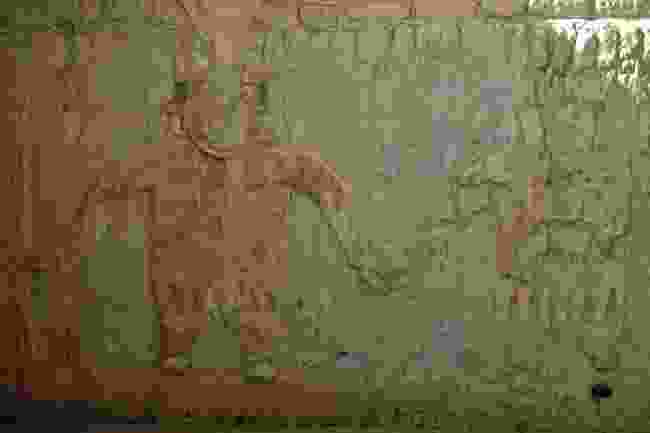 How to get there: An hour’s drive north of Trujillo.

In 2005, archaeologists uncovered a bundle of cloth containing an astonishing find. Inside was the body of Moche aristocrat, Señora de Cao, whose mummified remains were tattooed with intricate designs of snakes and spiders.

She’s now on display in the Museo Cao at the Complejo Arqueológico el Brujo, alongside an outstanding burial booty of gold and silver artefacts. 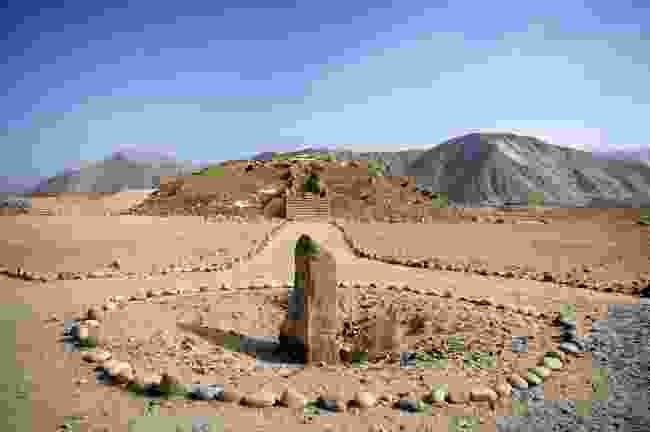 Where it is: Near the capital of Peru, Lima

How to get there: A three-and-a-half hour drive north of Lima.

As Mesopotamian and Ancient Egyptian civilisations in the northern hemisphere were engaging vast work forces to construct cities, the fertile Supe River valley was witnessing something similar.

The six pyramids at Caral date back 5,000 years, making them the oldest in the Americas. Guides can show you around the dusty, sun-baked site, where the excavation of delicate pelican bone instruments has demonstrated a fondness for music. 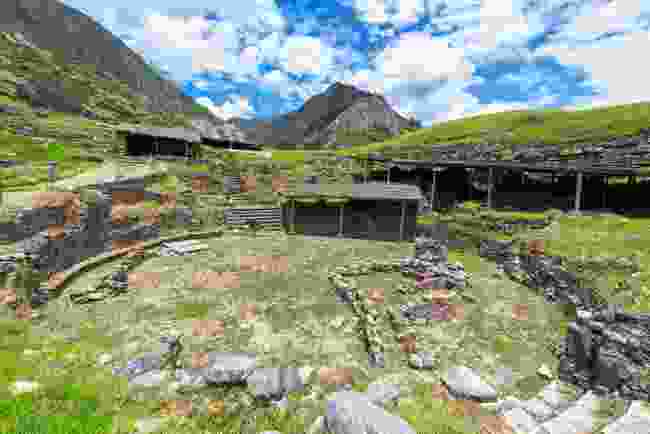 Where it is: Huaraz, the northern city near Callejón de Huaylas valley

How to get there: A four hour drive from Huaraz.

Tucked into the glacial-fringed Cordillera Blanca, the UNESCO World Heritage Site of Chavín de Huantar once hosted hallucinogen-fuelled ceremonies drawing thousands of priests and pilgrims from across the Andes. 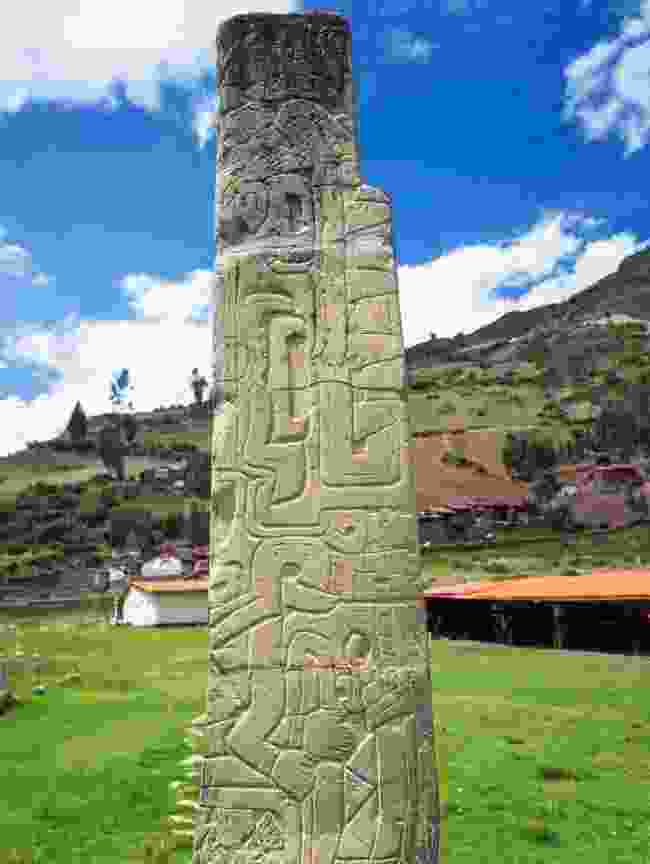 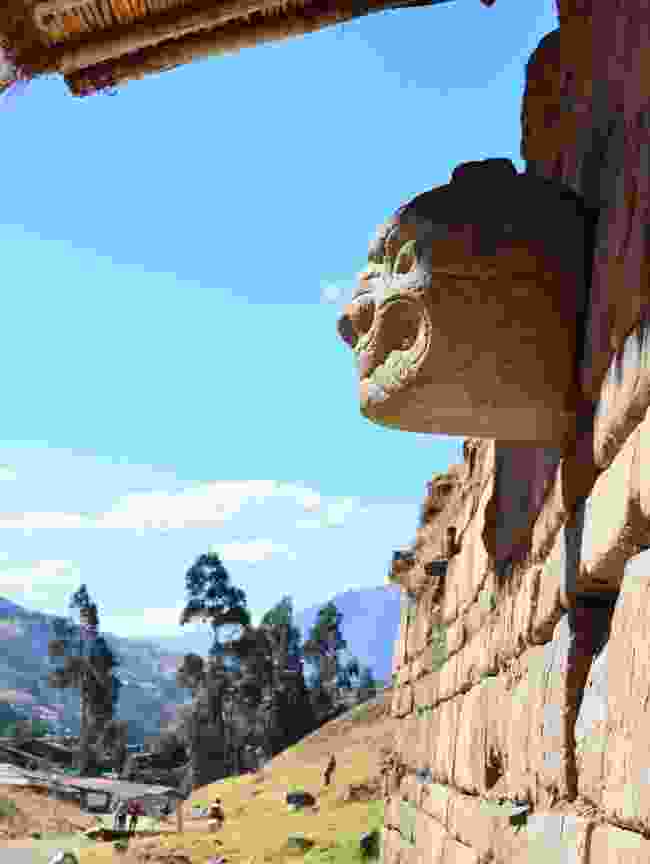 One of the largest and most powerful religious centres on earth under its zenith between 900 and 400 BC, worship here was centred on a fanged feline deity.

This image was carved into the remarkable bas-relief stonework that still clings to the walls of a maze-like system of terraces and internal galleries. 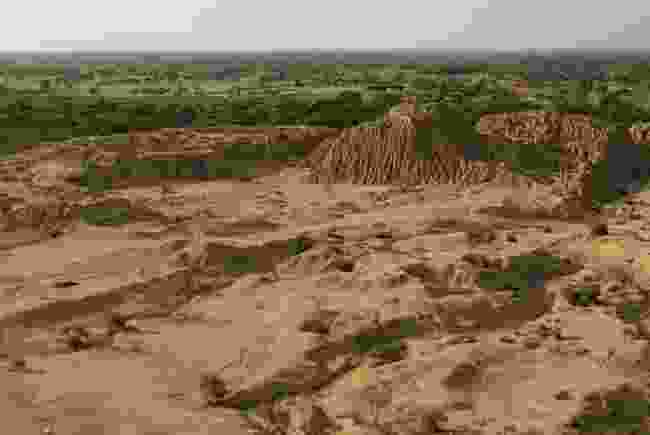 Where it is: The city of Chiclayo, in northwestern Peru

How to get there: A 40-minute drive from Chiclayo.

Twenty or so truncated temples rise out of algarrobo trees and low-hanging mist in the Bosque de Pomac, their sides weathered into almost slick relief by the seasonal rains.

They are the final remnants of Batán Grande, the capital of the Sicán culture, which ruled part of northern Peru between 800 and 1100 AD.

90% of all Peruvian gold artefacts are believed to have originated from here, although obtained through underhanded means. You can still see the deep pits where decades of looters have plundered the site. 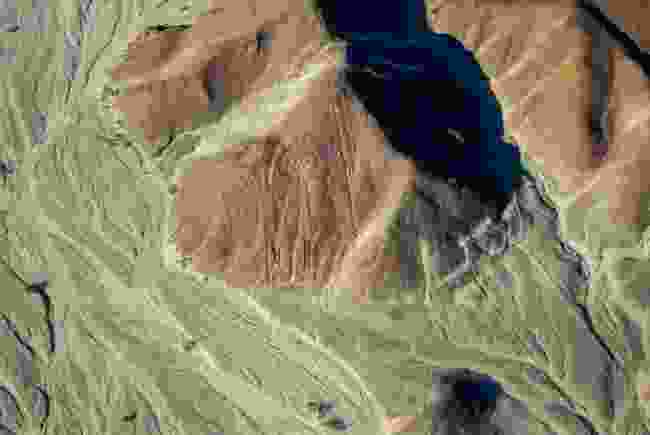 The Nazca Lines viewed from the air (Shutterstock)

Where it is: The coastal city of Nazca, in southern Peru

How to get there: Tours in light aircraft depart from the airstrip in Nazca.

Etched into the subsoil of Pampa de San José in coastal Peru by the Nazca people, the Nazca Lines are best viewed from the air.

Some of these vast geoglyphs sprawl across the desert for kilometres, while many of the thousand or so others take discernible forms such as hummingbirds and whales.

Most are thought to date to between 1 and 700 AD, although the jury’s still out as to why they were made. Research suggests they played a crucial role in deity worship and prayers for rain.

Discover archaeological wonders the world over:

Ancient ruins in Jordan, beyond Petra

Lost Worlds - and where to find them