Paul Theroux has refound his mojo in the Deep South

The acclaimed travel writer explains how he rediscovered the ‘old way’ of travel by hitting the roads, churches and gun shows of the Deep South

We’ve known you on trains and tuk-tuks, but this time you just got in your car...

The one great thing about travelling in the States, which is not true of many other countries, is you can simply get in a car and go. Down the open road you will always find a place to eat, a place to stay, something to eat; you’ll be in good shape.

You have gone off the beaten track in Africa and Asia over the years. Did this trip still do the same for you?

More so! I felt more freedom, greater depth in terms of meeting people, getting to know them, getting to know the place and returning. The book’s subtitle is ‘Four Seasons on Back Roads’. I went in the fall, again in winter and again in the spring. I looked up the same people, found out how they were doing.

It’s different from the conventional travel book, which is just about going from one place to another and involves some kind of a struggle; you know someone going to Xanadu or Shangri-La and they make a meal of it. Travelling the States is not about a struggle so it’s not that kind of travel book.

It’s really about meeting people, getting to know them and getting them to trust you enough so that they’ll talk to you. People are friendly in the South so that helps but still you need to turn on the charm, you need to make friends, and I think the result is very satisfying – more than any other trip that I can think of.

It’s not about a shake down at the airport, being treated as a suspicious person. You go through all this argy-bargy at the airport and get on a plane and the plane is horrible; all planes are horrible.

Is that the main way that travel’s changed for you in the last 50 years?

Yeah. 9/11 changed how people were treated. Some security people became a little bit too intrusive, reminding you that you’re just a little person. That’s not what I experienced on this trip.I rediscovered what travel should be – liberating, enlightening and shouldn’t involve being interrogated. 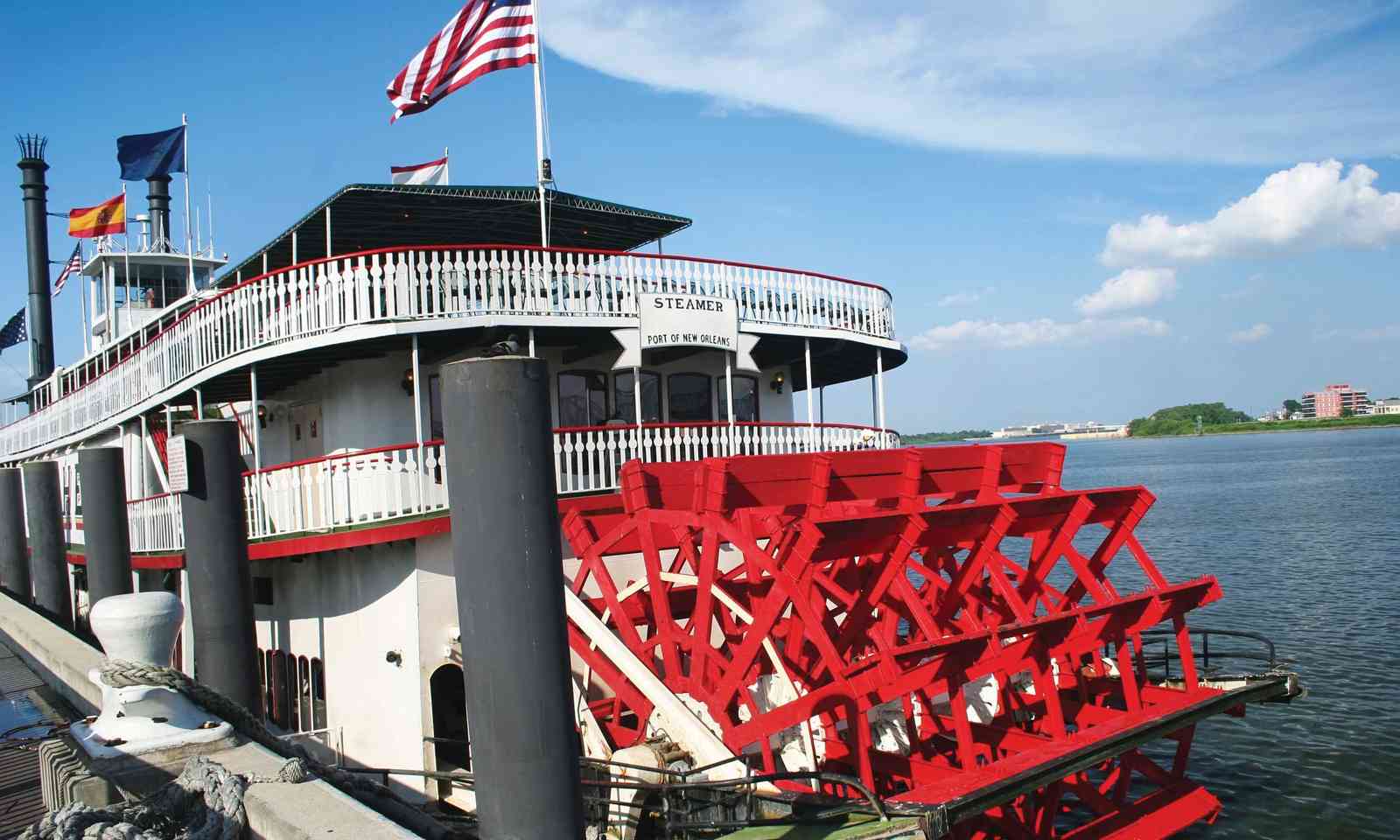 Deep South travels through many of the old Confederated States (Dreamstime)

Did you appreciate that before you first set off?

One of the great thrills in travel is to go to a place you’ve never been and find it really fascinating. It was easy to get to the South; I got in my car, I had extra clothes, I had a case of wine, I had a knife – all this stuff that you can’t take on a plane. And I just got in and sailed down the road, down the proud highway. No, I didn’t know what to expect but what I found was so pleasant, so liberating.

Rural America is another place altogether. It’s impoverished to a large extent, particularly the rural South but people want to share their stories. They feel hard done by and they want to tell you how things were. So I didn’t know what to expect but when I found it I thought I want to keep doing this, I want to keep travelling.

What motivated you to go on the trip?

I had no particular plan in mind. My last travel book was called The Last Train to Zona Verde and I went from Cape Town as far as I could go north – Congo, Nigeria, Angola, and I thought, ‘What am I seeing? What am I learning?’ I kept seeing cities that are distressed and economically poor people. No one wants to stay. There’s a chapter in The Last called ‘What Am I Doing Here?’ where you’ll see the motivation in why I wanted to travel in the States.

The idea of walking in to a gun show and seeing an enormous room, filled with tables piled with guns, to me is amazing. You buy an AK47, walk out to your car with it and drive off

You comment how Americans can be much more challenging to meet and more foreign than other people.

I was struck just how people in the South always say hello; you might think all Americans say hello, but they don’t. I could go to my local post office and say hello to people and they’ll look at me as if I’m drunk.

It’s not odd for a British person to think that all Americans are quite similar but Americans are quite different, regionally different. There are also large immigrant communities in the south, and they tend to run the motels and the petrol stations. They’ve got their own culture and I didn’t know that. All of that was new to me and was worth exploring.

What surprised you the most?

I suppose what surprised me was the long memory that people have in the south of the Civil War. But probably, most of all, was the impoverishment of the South. The economy in the deep South is terrible, especially in towns that lost their industries to China, India and Mexico; so outsourcing has destroyed the economy. People like Bill Gates say they want to find a way of lifting people out of poverty. Well the way you lift people out of poverty is you give them employment.

Apple has lifted people out of poverty in China, in Bangladesh, in India, right? So it’s a paradox. Companies that have left looking for cheap sweatshop underpaid labour have really done a great disservice. It’s unforgivable what they’ve done, they’ve destroyed communities.

To see how poor parts of the south are, the Delta for example, parts of Alabama, Mississippi and Arkansas, parts of South Carolina… it’s really disgraceful. 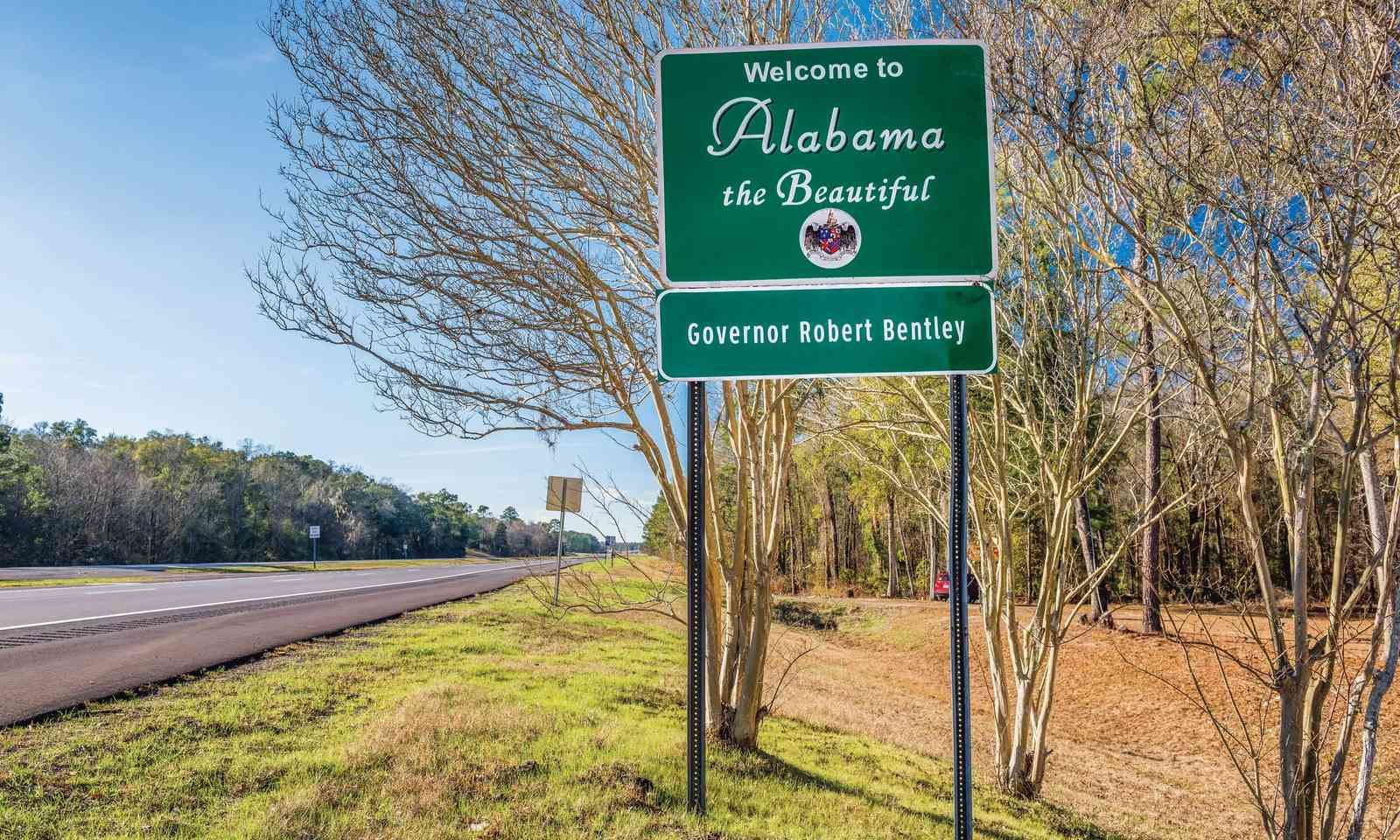 There was a passage where you were talking to somebody whose son had gone and volunteered in Zambia to help people...

Yeah, that was in Alabama. Her son was helping poor people in Zambia and I say what about Greensboro, Alabama? Funny huh? When a billionaire says he’s going lift people out of poverty because he’s made his billions by underpaying people in China he doesn’t really get a medal from me. You know Nike trainers are made in Vietnam? Make them here.

You spent quite a lot of time visiting both churches and gun shows. So why the gun shows?

Because it’s exotic to me; in the north we have flea markets, we have garage sales, but the idea of walking in and seeing an enormous room, filled with tables piled with guns, to me is amazing. Although some of them require background checks and fingerprints, others will just say, ‘This is a private sale, do you wanna buy this AK47?’ And you say, ‘Yeah, how much?’ And you’ll walk out to your car [with it] and drive off.

People at gun shows have one thing on their mind and that’s guns – and the guns relate to freedom, their lives and their attitude towards politics. It’s really a symbol of their sense of freedom.

It’s a day out for people. You often see a family with little kids, traipsing along. Mostly white, you don’t see many African Americans. They also sell other stuff; knives and Nazi memorabilia and Civil War memorabilia. It’s like an antique market. So they have food, they have drinks, but you’re not allowed to have a loaded gun. As you can imagine people are very polite at a gun show!

You said there weren’t African Americans there; do you think if you’d been travelling around as one it would have been a very different experience?

Yes, I would have got different responses from people, But if you’re an African American in Glasgow you’d have a different story.

The great thing was that I was talking to people in my own language. I’ve travelled in India, China, Russia, the Pacific, South America… and it’s always another language, not my own. Also I had my car; where can you just get your car and go? That liberating sense that I mentioned earlier is very strong.

You did go back several times; what was it that drew you back?

What drew me back was curiosity, making friends and wishing to find out more.

, by Paul Theroux with pictures by Steve McCurry, published by Hamish Hamilton (£20), is out now.