To celebrate the release of Paddington 2, Nicola West reveals the places where your kids can relive the adventures of everyone’s favourite bear – from Kensington Palace to the station where it all began 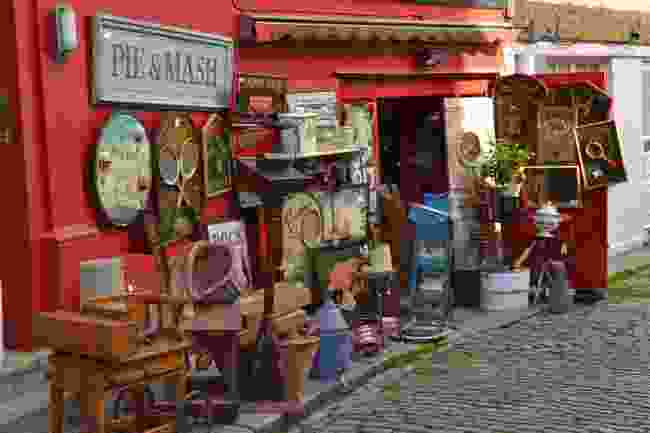 Becoming part of the family in 32 Windsor Gardens, Paddington Bear had many of his earliest adventures around Notting Hill and Portobello Road. He became friends with antiques shop owner, Mr Gruber, for example.

Today, the area is home to reputedly the world’s largest antiques market, which sits alongside stalls and shops filled with fashions, fruit and furniture. It’s quieter during the week when fewer of the markets are on, but visit on a Saturday for a full-on Portobello Road experience.

2: Enjoy a night in Theatreland 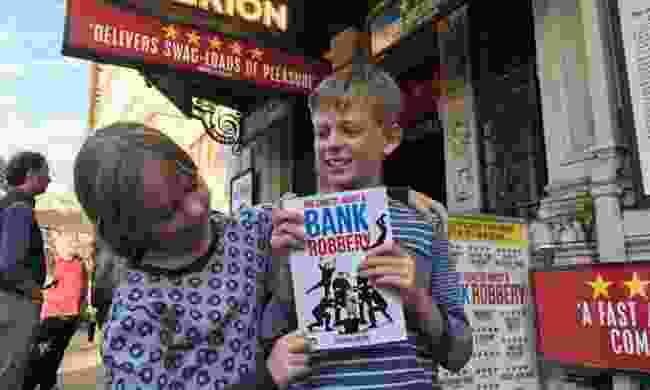 Off to the theatre (globalmouse.com)

In the first Paddington book, A Bear called Paddington, the Brown family and Paddington head for the West End for a night at the theatre. Of course, he ends up on stage himself, taking the play in a whole new direction.

Hopefully a trip to Theatreland with your family will be just as exciting. We have enjoyed seeing our children develop a love for live theatre, and our recent trip to see “The Comedy about a Bank Robbery” at the Criterion Theatre has cemented that even further.

3: The Christmas lights on Oxford Street 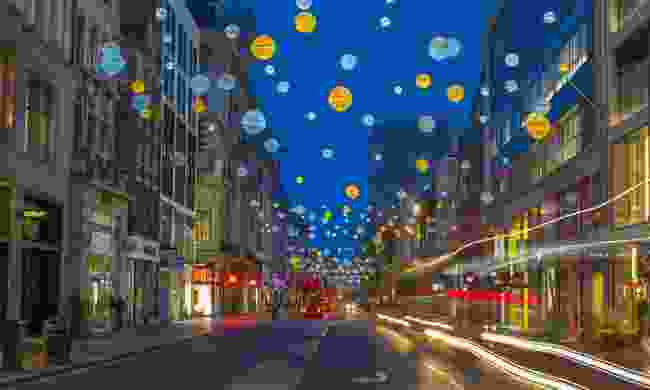 No trip to London at Christmas is complete without seeing the lights of Oxford Street as Paddington Bear himself discovered in the story, Paddington Goes To Town. Paddington is mistaken for a busker’s assistant and gets into trouble with the police for performing without a licence.

You're visit is bound to be trouble-free, leaving you to up the festive atmosphere and maybe even pick up your own Paddington for Christmas.

4: Head to where it all began – Paddington Station 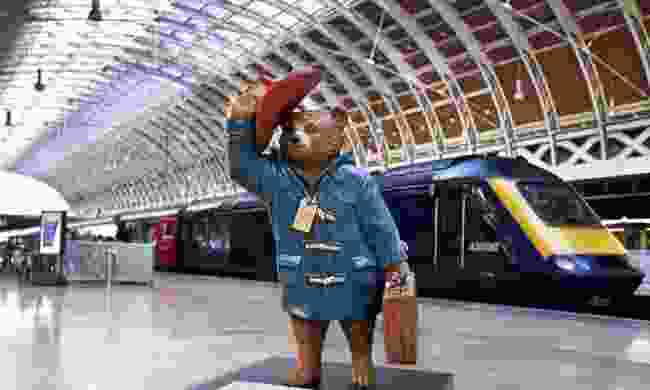 Paddington Bear’s arrival at the iconic London rail station, complete with suitcase and a ‘Please look after this bear‘ label, kicked off decades of adventures for the little bear and the Brown family. A gateway to the West of England, this is a great station to spend a little time at if you’re a fan of the bear. Make sure you check out the Paddington statue and seek out the bench where he was discovered by Mr Brown. 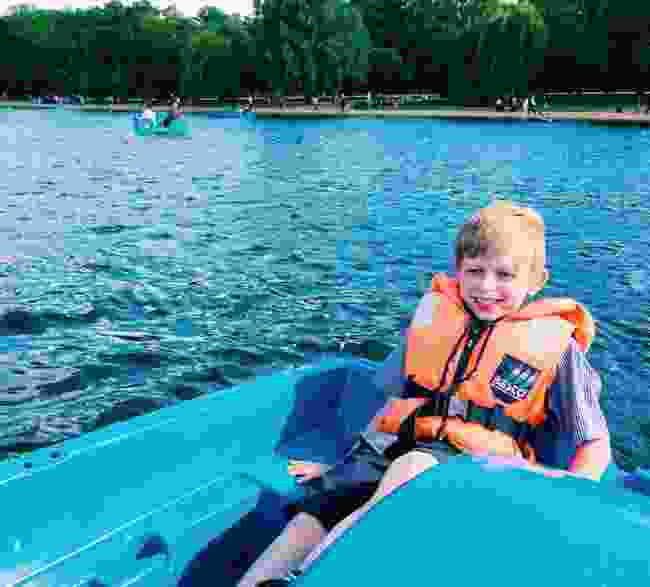 Boating on the Serpentine (globalmouse.com)

In ‘Mr. Gruber’s Outing’ in the book, Paddington at Large, our hero appears on stage once again, this time at an open air concert in Hyde Park looking for ‘Mr Sherbet’ (after mishearing the name of the composer ‘Schubert’!). Catching live music in Hyde Park is still something worth checking out, with many big names appearing at the numerous concerts and events taking place each year.

Or why not simply head out and explore this former hunting park for Henry VIII, and now home to the Diana Princess of Wales Memorial Fountain? Boating on the Serpentine is also an ever-popular activity for families.

6: Christmas on the South Bank 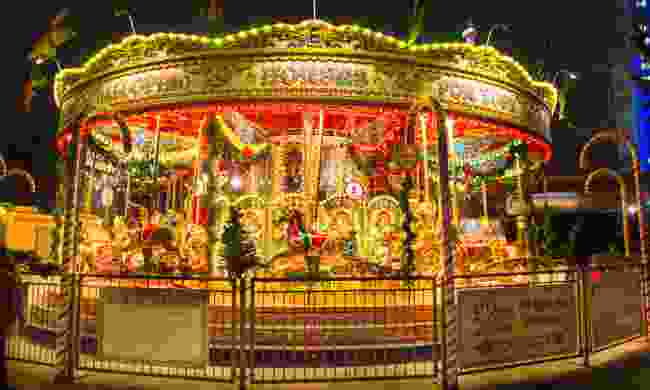 Christmas Merry-Go-Round on the Southbank (Dreamstime)

Michael Bond continued writing Paddington stories right up into his later years, with newer attractions in the capital making appearances in the stories.  In Paddington’s Christmas Surprise, Paddington gets to ride on the London Eye when his Uncle Pastuzo pops in to see his nephew.

We love this lively part of London, especially at Christmas, when the markets are sparkling and seasonal attractions appear. The London Eye is a real treat for families to explore and the views across the city in the evening skies are truly spectacular. 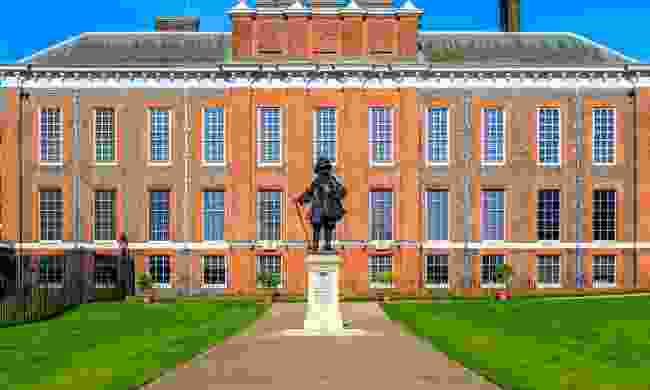 In Paddington And The Stately Home, the little bear does what many of us much have secretly always wanted to do – have a nap on one of the beds in a palace!

In the story, Paddington Bear is finally found asleep on ‘Queen Elizabeth’s bed’, but why not head to one of London’s most famous stately homes and royal residence – Kensington Palace. tThe former home of Diana, Princess of Wales, the palace hosts regular events aimed at families and there is lots to explore and enjoy here. End your trip at the neighbouring play park, named in memory of Diana. 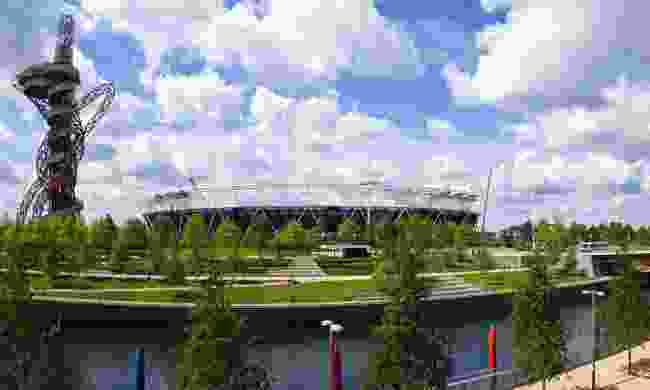 In the final book of stories about Paddington Bear written by Michael Bond, our hero is mistaken for a member of the Peruvian Olympic team ahead of London 2012 and adventures, of course, are just around the bend once again.

The site of the 2012 games, and more recently the 2017 World Athletic Championships, has brought tens of thousands of people to this part of London to celebrate the best athletics on the planet. The Queen Elizabeth Olympic Park remains both a memory to the games and the site of fantastic family walks, trails and great places to play.