Our Planet: 8 incredible photos from the companion book to the new Netflix series

We take a sneak peek inside the companion book to Our Planet by Alastair Fothergill and Keith Scholey. From majestic whales to adorable bears, here's what you have to look forward to... 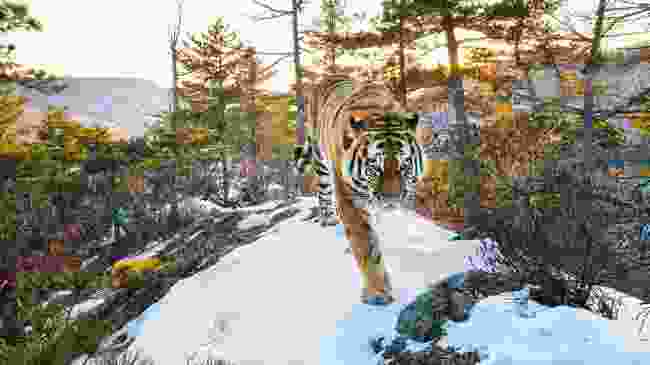 “Law enforcement to prevent poaching of the highly endangered tiger and its prey has allowed the tigers to increase in the region [Russian Far East] from fewer than 30 to more than 500. But a major problem remains illegal logging of mature trees for a trade controlled by the Russian timber mafia. It opens up the forest and reduces the amount of nuts available for prey as well as for human harvests." 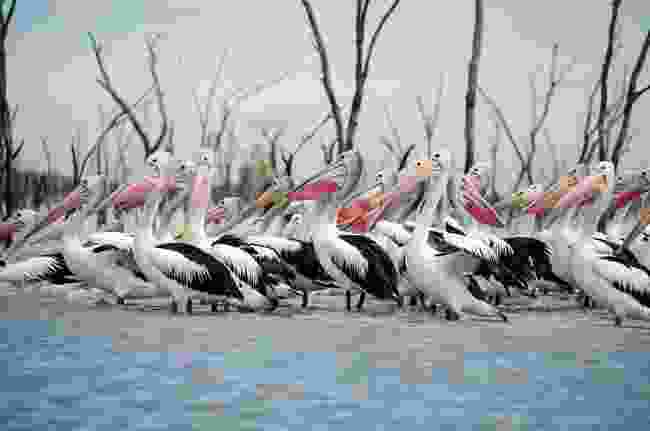 "Temporary Lake Eyre. Whenever it fills with water, pelicans fly in from the coast hundreds of kilometres away, forming vast pop-up colonies where they feed on the lake’s fish and breed… Nobody is sure how they know when to come." ““Today, more than half of Slovenia is forested, with a population of about 500 brown bears. Conservationists believe their spread to the Alps now depends on a significant reduction in the numbers killed by hunters and a trans-boundary nature-conservation area being established between Slovenia and Croatia.”” 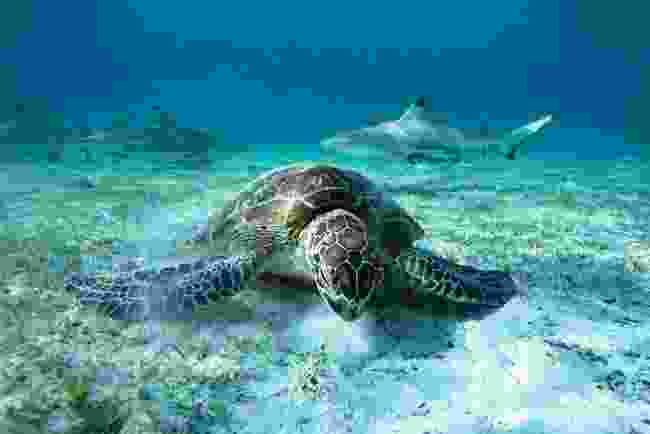 A green turtle grazes on seagrass in a bay off Misool, one of the Indonesian Raja Ampat islands (© Roger Horrocks)

"This bay - once a shark-finning camp - is now part of a rich marine reserve, transformed in less than a decade. The seagrass provides food, habitat and nursery areas for numerous fish and other species, stabilises the seabed and filters out pollution." 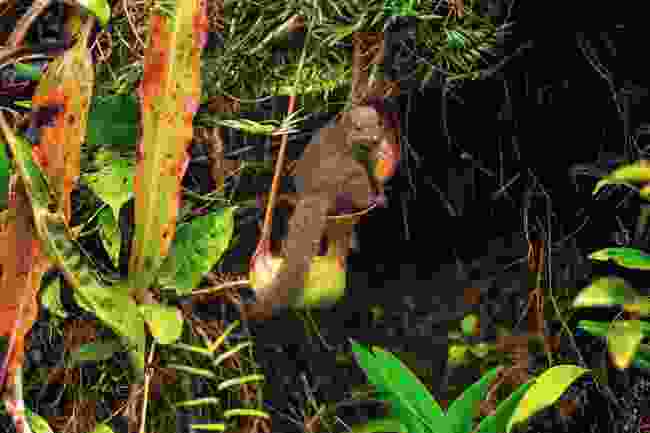 "A mountain tree shrew licking nutrient-rich gland secretions from Low's pitcher plant on Mount Kinabalu on the island of Borneo. The structure of the pitcher is such that the tree shrew can only lick the lid when positioned with its bottom over the specially designed toilet. As it feeds it defecates into the pitcher adding nitrogen to the liquid below." “Decimated by whaling in the past century, numbers of this endangered whale – the largest animal ever to have lived – are starting to rebuild. It will take many decades before the population reaches anything near its former size. But with international protection, and if its main food, krill, remains abundant, then there is hope for the great blue’s recovery.” 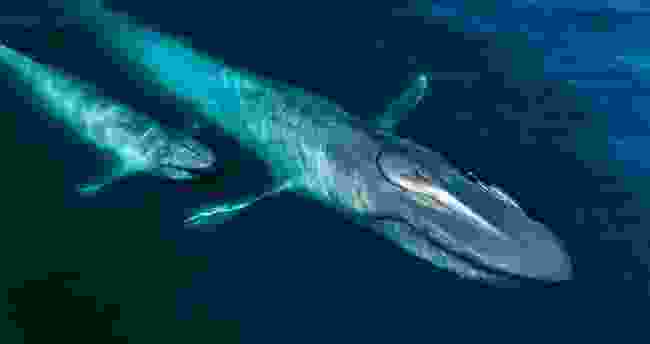 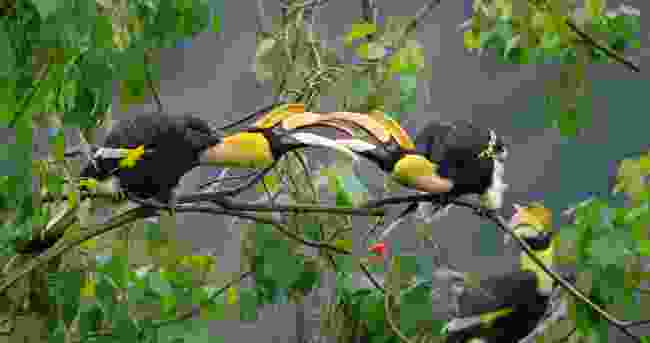 "Female great hornbills bill-grappling. They are fired up after witnessing rival males in aerial jousting displays over the forest in the Western Ghats, India. Males compete for territory and access to fruiting trees. If a male is successful in attracting a mate, the pair will choose a nest site in the trunk or a large branch of a big old tree. The great hornbill's survival depends on such old trees. And many forest trees depend on the fruit-eating hornbill to disperse their seeds." 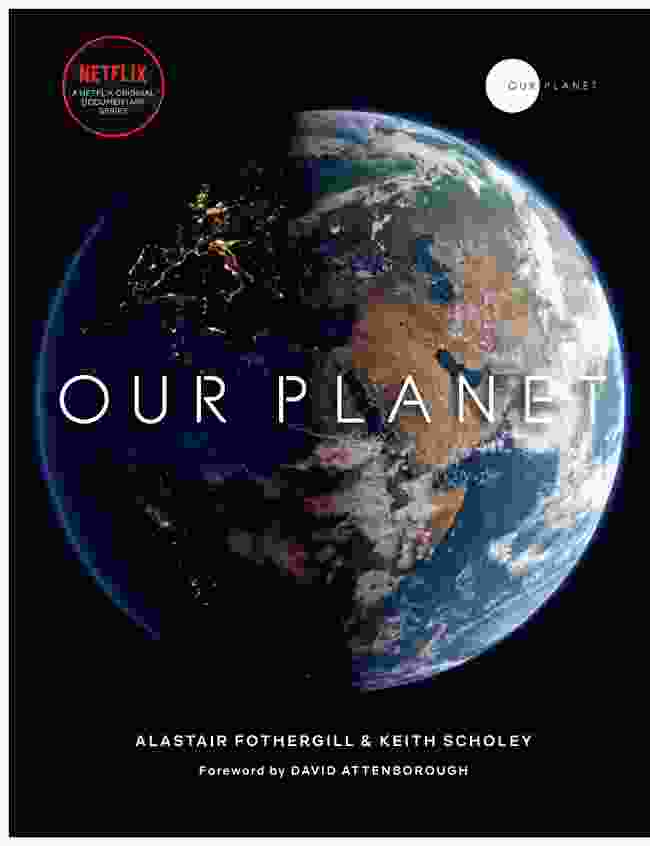 Our Planet is the companion to the upcoming Netflix original documentary series Our Planet. The book features stunning photography and some of the world's rarest creatures and previously unseen parts of the Earth. Our Planet focuses on the breath and diversity of habitats around the world, from the remote Arctic wilderness and mysterious oceans to the vast landscapes of Africa and diverse jungles of South America.

Alastir Fothergill was responsible for the series The Blue Planet, Planet Earth, and Frozen Planet. In 2012, he set up Silverback Films with Keith Scholey, which produced The Hunt for the BBC and Our Planet for Netflix, the first natural history Netflix original documentary series. This book is Fothergill's fifth.

Keith Scholey has produced series including Prisoners of the Sun, Wildlife on One and Big Cat Diary. He is now joint director of Silverback Films, where he has been responsible for North America, Deadly Islands, and the upcoming Our Planet.

Fred Pearce is an author and award-winning journalist. His recent books include Fallout, The New Wild, When the Rivers Run Dry, Earth: Then and Now, and Confessions of an Eco Sinner.