Our Planet on Netflix: Everything you need to know

How can you watch Our Planet? And which parts of the world will it showcase? Here’s Wanderlust’s guide to the much-hyped nature documentary series…

You’ve probably already heard about Our Planet: the upcoming eight-part documentary series highlighting some of the world’s natural habitats and resources.

The guaranteed-to-be-moving series is a return to form for Planet Earth and Blue Planet director Alistair Fothergill, whose films will once again be brought to life by narration from David Attenborough, who is universally known and loved for his sweeping and atmospheric voice over work.

So, when does Our Planet series arrive on Netflix UK? And what can you expect from Our Planet’s eight episodes? We’ve got release date information, a full episode guide (with spoilers) and a few sneak peeks at what’s to come, too…

Firstly, watch the Our Planet trailer...

When does Our Planet start?

Our Planet comes out on Friday 5 April 2019 in the UK and across the world.

Where can you watch Our Planet?

Our Planet will be available to watch on Netflix, globally. We don’t think you’ll be able to see the series anywhere else. At least, not for now. Watch this space!

What can you expect to see on Our Planet? 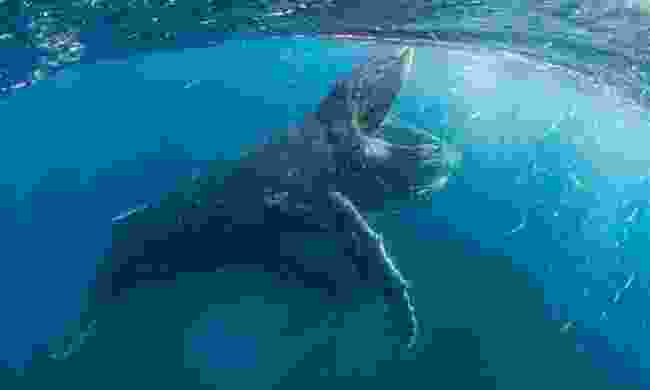 The programme’s designed to make us think about the way we’re treating the world, as producer Alastair Fothergill really drilled home to us in our latest chat with him.

WWF say it’s hoping to challenge people’s perspectives about conservation and how we see the world’s resources – calling us ‘the first generation who knows they are destroying the planet’.

It’ll also be highlighting parts of the world that are not often shown, as well as rare wildlife, and ‘amazing nature spectacles’.

The show, according to WWF, took 3,500 days to film and 4 years total to make. Over such a long time frame, you know they’ll have captured some truly special shots.

You can now get the full rundown of each episode when you watch on Netflix, but if you're curious, you can read a bit more about each ep here. Spoilers ahead...

Episode one: Titled One Planet, this first episode will take us all over, from the rainforest in Brazil across to glaciers in Greenland, and include some spectacular wildlife sightings: lesser flamingos and wild dogs in Africa and polar bears in Svalbard, Norway.

We'll also see a sequence where the team carve a glacier. Sadly, it takes half the time it would've done 10 years ago, due to the impact of global warming on the ice.

Episode two: Frozen Worlds lands us in the Polar regions, the Arctic and Antarctic. There, we'll discover more about the effects of climate change of this part of the world. Visually, this episode has a lot to offer wildlife fans: narwhals in the Arctic Bay, Canada, and even gentoo penguins and leopard seals in the Antarctic Peninsula. Naturally, there'll be plenty for whale watchers, too.

This is the episode with the walrus scenes. The one that's been devastating the internet. Desperate for space, walruses on Russia's northern coast find their way up an 80 metre cliff and aren't able to get back down, some even falling to their deaths - all the result of climate change. It certainly isn't easy watching.

Episode three: Jungles does what it says. It's time to explore the jungles of Borneo, the Philippines, and New Guinea, along with the Amazon. Expect a lesson on deforestation and the impact of palm oil plantations on these wild parts of the world.

Highlights certainly include the story about the Sumatran orangutans in Suaq, and the never-before-filmed carnivorous Pitcher plant in Borneo, which was properly discovered for the first time in 2015.

Episode four: We head to the water in Coastal Seas. We see the 2017 death of a coral reef on Australia's Great Barrier Reef in this episode, but also the recovery of one in Indonesia, just highlighting the environmental issues the world's oceans face and what's being done to slow down the damage.

There's also plenty of underwater action in this episode: sharks hunting in French Polynesia, and dolphins mud-ringing in the Everglades wetlands in Florida.

Episode five: From Deserts to Grasslands takes us through more extreme territories, where intense weather means animals have to evolve in order to survive the harsh conditions.

We head to Chile's Atacama Desert, too, for a time-lapse look at part of the world where rain never falls. We'll also see five cheetahs hunting together in Masai Mara, Kenya, desert lions in Namibia, and Arabian leopards mating in Oman.

Episode six: Back on the water for The High Seas, which tracks blue whales on the Gulf of California in Mexico, feeding humpback whales, and showcases rarely-filmed oarfish in Antibes and lantern fish. The message of this episode focuses on the health of the ocean, and how this is important for the result of the world, too.

Episode seven: Fresh Water zeroes in on the world's rivers, how important they are to our ecosystem and how we've not been looking after them. Dams, and taking water from our rivers, has disrupted their natural life cycle.The episode's not too preachy, of course, and does highlight parts of the world where rivers are well-kept, and are looked after in such a way that allows wildlife to improve and grow.

Episode eight: Forests is the final episode of the series, and talks about the diversity of the animals who live there. We see the gathering of bald eagles in Alaska, but most amazingly a rare sighting of the Siberian tiger, the world's biggest cat, in its winter hideaway. It can take years to get proper footage like this, so no wonder the show's saved the best for last.

Finished the show already? Here’s what to do…