Beyond Valletta: 6 of Malta's lesser-visited gems

Kayak away from the crowds in Gozo, experience the Silent City and marvel at the old salt pans of Qbajjar, with our comprehensive guide to exploring Malta's lesser-seen side...

There’s plenty more to Malta beyond the beautiful capital of Valletta. While 2018’s Capital of Culture draws plenty of the plaudits, there’s plenty more history, sights to see and culture to discover across the islands, if you’re prepared to look.

Time to deep dive into 6 of Malta's lesser-known wonders...

1. Spend the day with a natural winemaker 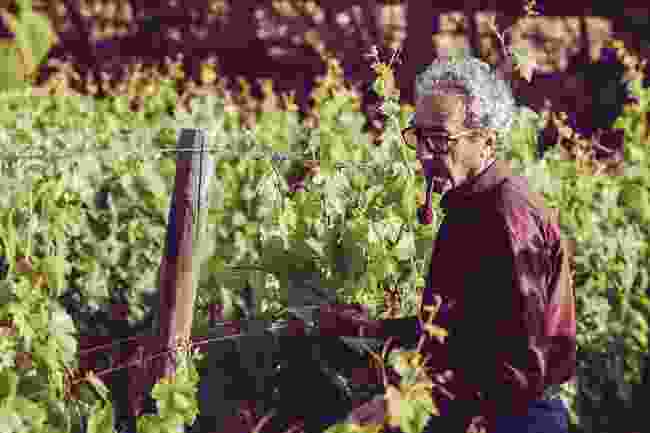 There are few people on Malta – let alone the planet – quite like Mark Cassar. A former chef, he trained in France and returned to the island in 1991 broke and depressed. Aimless and working as an odd-job man, he was told that ‘walking by the sea’ would help his condition.

It did, and he soon decided that being out in nature was the cure, so quit his medication and hatched a plan to create a vineyard in Malta’s rugged west, working outdoors and making sulphide-free natural wine.

Building Mar Casar winery nearly lost him his family and his sanity, but what stands today is a testament to sheer will, and a tale he’ll gladly dissect – on a tour of the vineyard with Chardonnay, Merlot or Petit Verdot wines in hand. 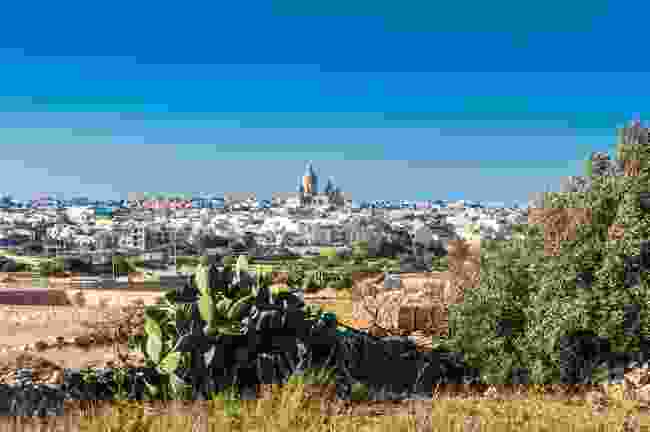 Siggewi, Malta, where Mar Casar winery is based (Shutterstock)

It’s a hard road he chose. No pesticides or herbicides are used in the making of the wine – for example, wildflowers are planted around the 10,000 vines to attract insects away naturally.

Electricity is likewise made through solar panels and turbines, and a tour of the giant underground kvevri (giant clay vats) in which the wine matures reveals just what an undertaking this was. “One year in a kvevri equals four years in a bottle,” Mark is fond of saying.

Today, the winery yields around 15,000 bottles, but the journey and the story are just as compelling as the end product – especially when told first-hand.

2. Explore the Silent City of Mdina 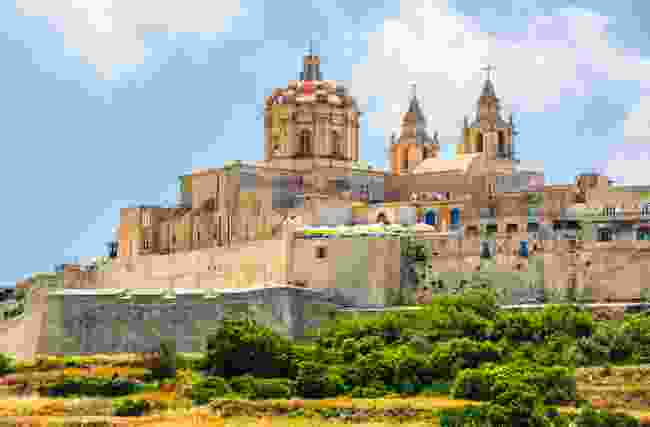 A scenic view of Mdina, the Silent City of Malta (Shutterstock)

While Valletta gets the glory, the lesser-known walled city of Mdina is no less remarkable, and once the daytime tours have ushered their charges away, you can see why it was called the Silent City.

Today, less than 300 people live there, and what was once the capital of Malta (in the early 16th century) is now a serene outpost. Boutique hotels let you extend your stay, to wander its myriad winding alleys and backstreets in peace as the sun sets.

During the day, a tour of St Paul’s Cathedral, at the centre of town, is worth your time. It was rebuilt after being destroyed in 1693, but still retains plenty of relics from the earlier Norman church that stood here. 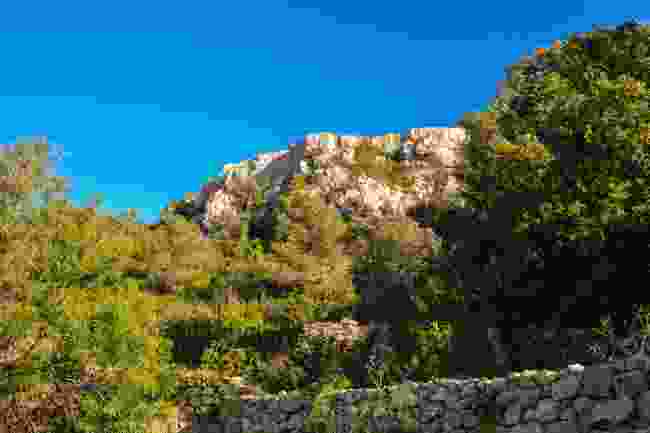 The baroque exterior of Vilhena Palace hides Malta’s excellent Natural History Museum. In less than an hour’s walk - via the catacombs of St Paul, a wonderful labyrinth of 7th century Roman cemeteries - you'll arrive at the quiet neighbouring town of Rabat

Nearby lies the largest stretch of woodland left in Malta – Buskett Gardens. The site is riddled with ancient cart ruts, underground flour mills and the old hunting lodge of the Grandmaster of the Knights of St John.

Just a stroll among its carob, oak and Aleppo pines gives a hint as to what the island must have once been like back in the early days.

What else can you do in Mdina? 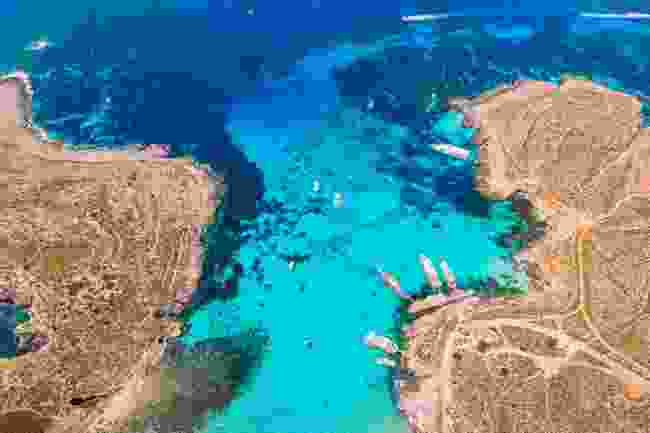 Between Gozo and mainland Malta lies the tiny treeless island of Comino: an old smugglers hideout with little on it but a watchtower and a population of just two.

It’s popular with kayakers and snorkellers, but its waters are busy and the Blue Lagoon (though just a change in sand colour) attracts thousands in peak season. So, try paddling somewhere that no one else goes. 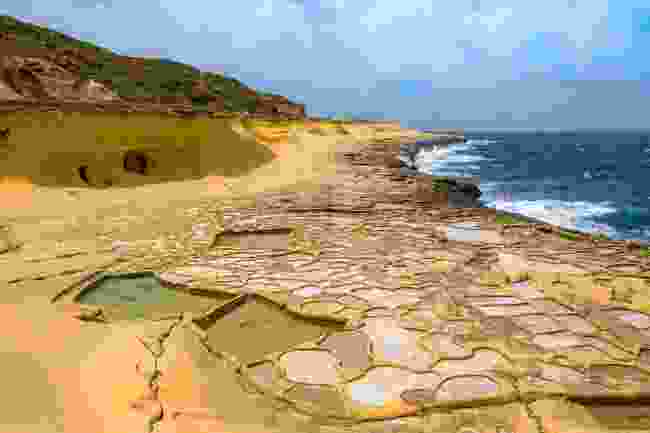 The salt pans of Qbajjar, on the Maltese island of Gozo (Wanderlust)

When the weather is right, the rugged north of Gozo is one of the most beautiful sights on the islands. Kayaking tours with Gozo Adventures start from the old salt pans of Qbajjar, where salt is still collected in pools hewn into the rock, letting the seawater evaporate naturally in the sun.

From there, trips swarm up the coast to Dahlet Qorrot, a cove lined with colourful boat-house caves burrowed into the rock, Flintstones-style. From the water, you’ll spy a wild land unlike anywhere else on the islands, all Mars-like red sands and voluptuous hills broken up with rocky bays.

Routes are determined by the conditions, but there’s typically quiet spots for snorkelling and even donning natural ‘mud masks’. The only company you’ll see are the local fishermen bobbing about on their traditional luzzu boats.

More epic adventures to take on in Gozo 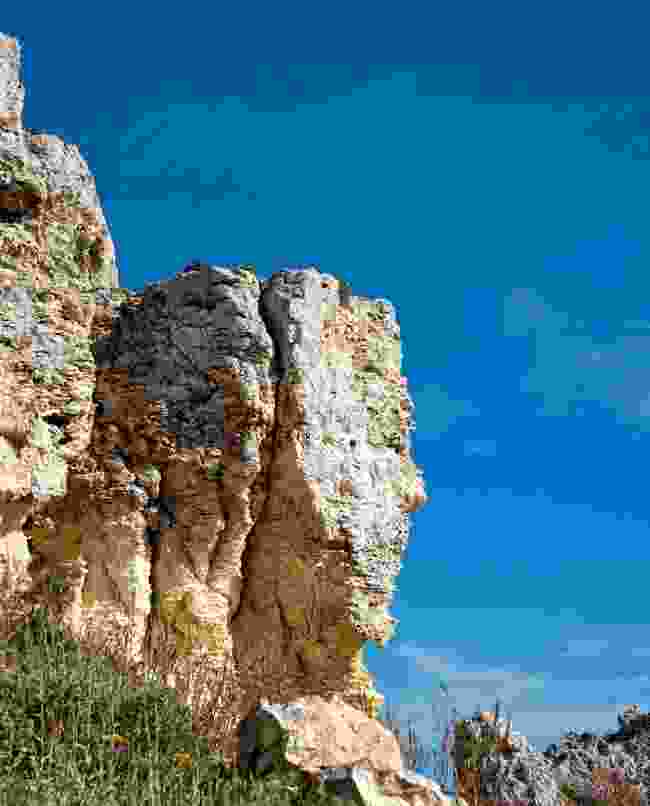 For views, most visitors flock to the Blue Grotto. But, though spectacular, there isn’t much walking to be done in the area.

It’s just a few steps down to the viewpoint and then you’re back on the main road.

To really stretch your legs, and for the highest point on the mainland, make for the quieter north-west coast instead, where you’ll find the Dingli Cliffs.

The area lies just a few km from its namesake village, and once formed a natural barrier to the many invaders that sought to make Malta their own.

At over 250m above sea level, views extend out to the tiny island of Filfla on a clear day, and the cliffs themselves stretch from just above the Blue Grotto up to Bahrija, which has excellent trails through what is ostensibly wine-growing country.

There, it has access to the island’s most secluded bay, Fomm Ir-Rih. While the route down can be a little treacherous, its great for a quiet swim far from the noisy east coast.

Back up on the cliffs, a bracing 11km walk skims the west coast up to Dingli, taking in old churches, a Bronze Age village and prehistoric complexes.

The perfect way to see the area in all its wild, scenic beauty. 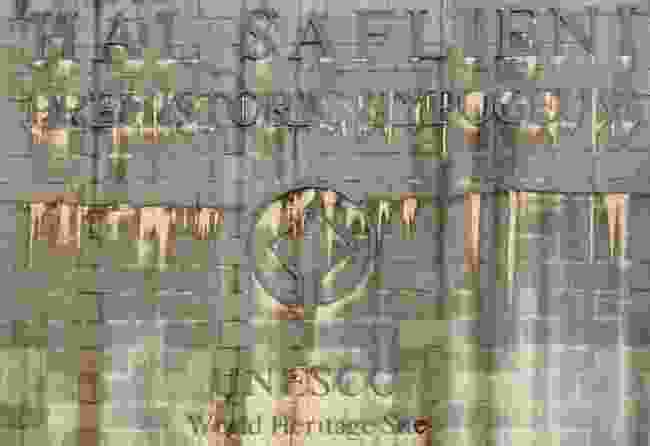 For a small set of islands, measuring just 316 sq km, Malta encompasses a surprisingly large number of UNESCO sites, ranging from Valletta itself to a series of Megalithic temples dating back to 4,000 BC.

But if you want to escape the crowds and see something truly unique, Hal Saflieni Hypogeum lies not far outside the capital and only allows 300 visitors per day.

Hewn out of the coralline limestone, this 6,000-year-old series of underground burial chambers makes for a fascinating escape from the crowds and traffic above. The deepest level is more than 10m below the surface.

The site wasn’t even discovered until 1902, when workers tumbled into the interior while digging a well. It is estimated more than 6,000 people were buried here, with beads, pottery and amulets found alongside the many bones.

6. Visit a local cheesemaker on Gozo 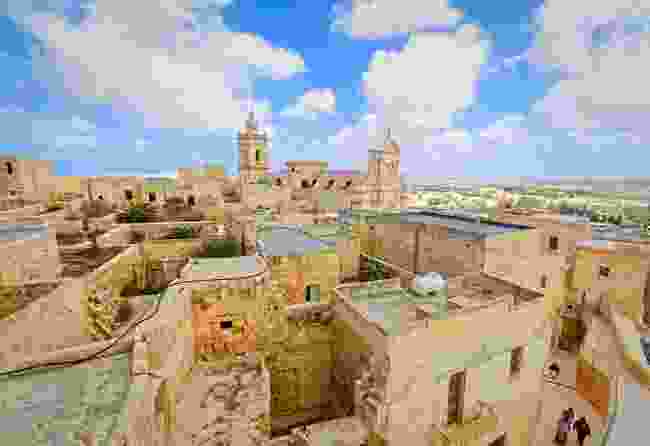 A view of the Citadel in Rabat, Gozo's capital (Shutterstock)

The old Citadel in Gozo’s capital, Rabat (Victoria), is a unique sight in itself, but its winding streets hide some modern gems, including the restaurant Ta’ Rikardu.

Inside, the eatery’s cool stone walls offer a welcome escape from the hot sun, but it’s what is served here that makes it special: namely the unique Gozitan sheep’s and goat’s cheese for which it has become famous. 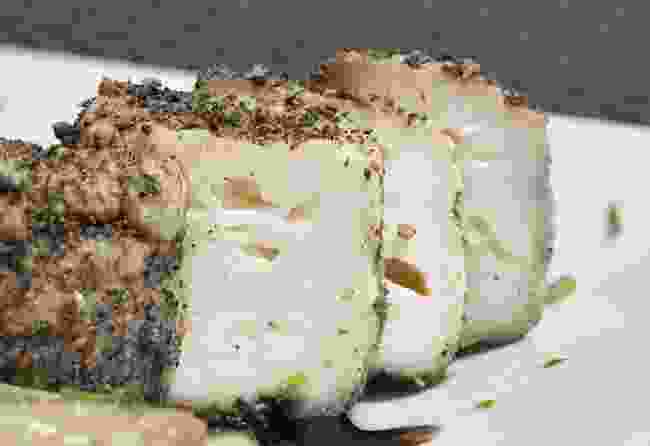 Whether stuffed inside Maltese ravioli (ravjul) or served fresh, it typically takes three forms: a ricotta-like soft cheese; a wind-dried, strong-flavoured hard cheese; and a tangier version that is peppered, soaked in wine and dried.

Each is typically served on a platter with tomatoes, capers, olives and bread. But if you’re really interested, you can also see how it’s made.

Tours take you to Rikardu’s farm, where he has some 200 sheep and goats. Seeing how he lovingly hand-crafts each cheeselet over just a few hours, makes you realise just how unique this skill is - even if tasting them afterwards is the true joy.

More hidden gems around the world:

How to go off-the-trodden-trail in Gozo