Turkish delight: How to make ashure, aka Noah's Ark pudding

A true Turkish delight, Noah’s Ark pudding weaves together an epic tale of friendship, life and survival. Enjoy this complex, nutty recipe straight from the pages of the new Anatolia cookbook...

As you’d expect from its name, Noah’s Ark pudding comes with an epic tale. The traditional Turkish dessert was inspired by the legend of Noah and his relatively unknown quest to cook a feast with the ark’s leftover ingredients (no meat, funnily enough; think nuts, pulses and dried fruits instead).

All this, after surviving a 40-day flood and landing on Mount Ararat with his famous parade of passengers. Fast forward a few thousand years and visitors will find the syrupy porridge is more than a celebration of Noah’s survival: it’s about unity, too.

The dish graces the Turkish table year-round, but is eaten on the tenth day of Muharram (the first month of the Islamic calendar), a date that honours a handful of sacred events, such as Moses parting the Red Sea.

Most Turkish families have their own tried-and-tested recipes to fall back on, usually combining beans and barley with dried fruit, before infusing the mixture with rosewater, orange zest and honey.

Travellers can sample the pud under its Turkish name aşure in most pastry shops, but if you want to encapsulate the essence of Turkey while putting your own capital spin on it, head into the maze of Istanbul’s fabled Mısır Çarşısı bazaar to find it among myriad spices and sweets.

For those of us without family recipes, chef Somer Sivrioglu and writer David Dale spill the secrets of the perfect aşure in their book, Anatolia: Adventures in Turkish Eating, while ensuring that “the spirit of generosity remains: you’re supposed to offer this dish to anybody who could smell it cooking.”

Well, if they say so; we’ll be lining up two-by-two for a helping…. 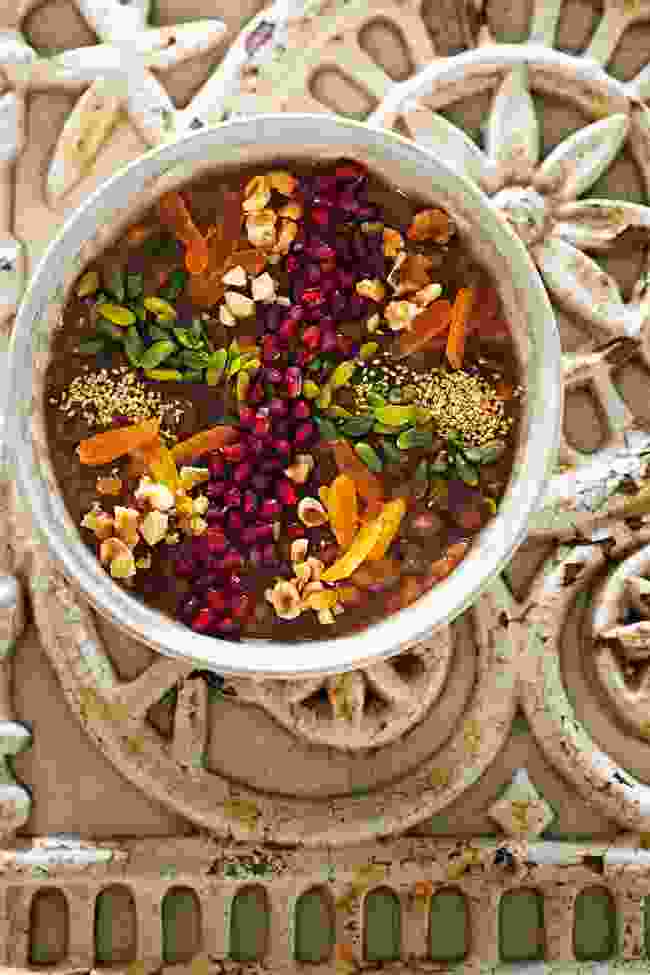 How to make Noah's Ark pudding

Soak the dried haricot beans and chickpeas in water overnight, in separate bowls. Strain and rinse under cold running water, then place the beans and chickpeas, together, in a saucepan. Cover with water, bring to the boil over medium heat, then boil for 40 minutes, until the pulses are soft. Set aside.

Meanwhile, crack the cloves with a wooden spoon and soak in warm water for one hour. Finely chop the dried figs and apricots, and then place in a bowl with the currants and sultanas. Cover with lukewarm water and leave to soak for 30 minutes.

Preheat the oven to 180°C (350°F). Place the hazelnuts on a baking tray and bake for five minutes. Remove the tray from the oven and set aside to cool, then rub off the hazelnut skins using your fingertips.

Halve the hazelnuts. Halve the almonds. Put the walnuts in a food processor and coarsely grind. Set aside.

Add the strained chickpeas and beans to the barley and continue to boil for 10 minutes, stirring occasionally. Add the hazelnuts and almonds. Reduce the heat to a simmer and cook for five minutes, stirring slowly.

Next, add the strained dried figs, apricots, currants, sultanas and the sugar. Mix the cornflour in the milk, then add to the cooking mixture. Simmer for three minutes, stirring constantly. Add the strained cloves, honey and orange zest. Simmer for another seven minutes, until the mixture starts to thicken.

Spoon the pudding into each serving bowl, then refrigerate for at least two hours.

Decorate the top of the puddings with the cinnamon, sesame seeds, nuts, apricots, pomegranate seeds and orange zest, and serve.

Aşure will serve four people over four meals, and can be stored in the fridge for a week. 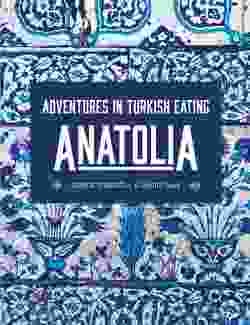 Anatolia: Adventures in Turkish Eating by Somer Sivrioglu and David Dale (Murdoch Books, £20) is out on 6 February

3 recipes from beyond the Black Sea

How to make Turkish coffee