How did your interest in wildlife start?

I’ve never been interested in anything else. My parents thought I would grow out of it, but I’ve lived and breathed animals for as long as I can remember.

How did you make a passion your day job?

If you want to become a producer or presenter, it’s best if you work hard at school and get a degree in the subject you love because then you can speak to experts competently. My first job was as a worm wrangler when I was still at university.

They were doing a thing where Andrew Sachs was miniaturised and he went in the garden and met earthworms. I helped out in the macro studio and that’s where I learnt the grammar of filmmaking. Because of that, they offered me a job on The First Eden, which was David Attenborough’s series about the Mediterranean. 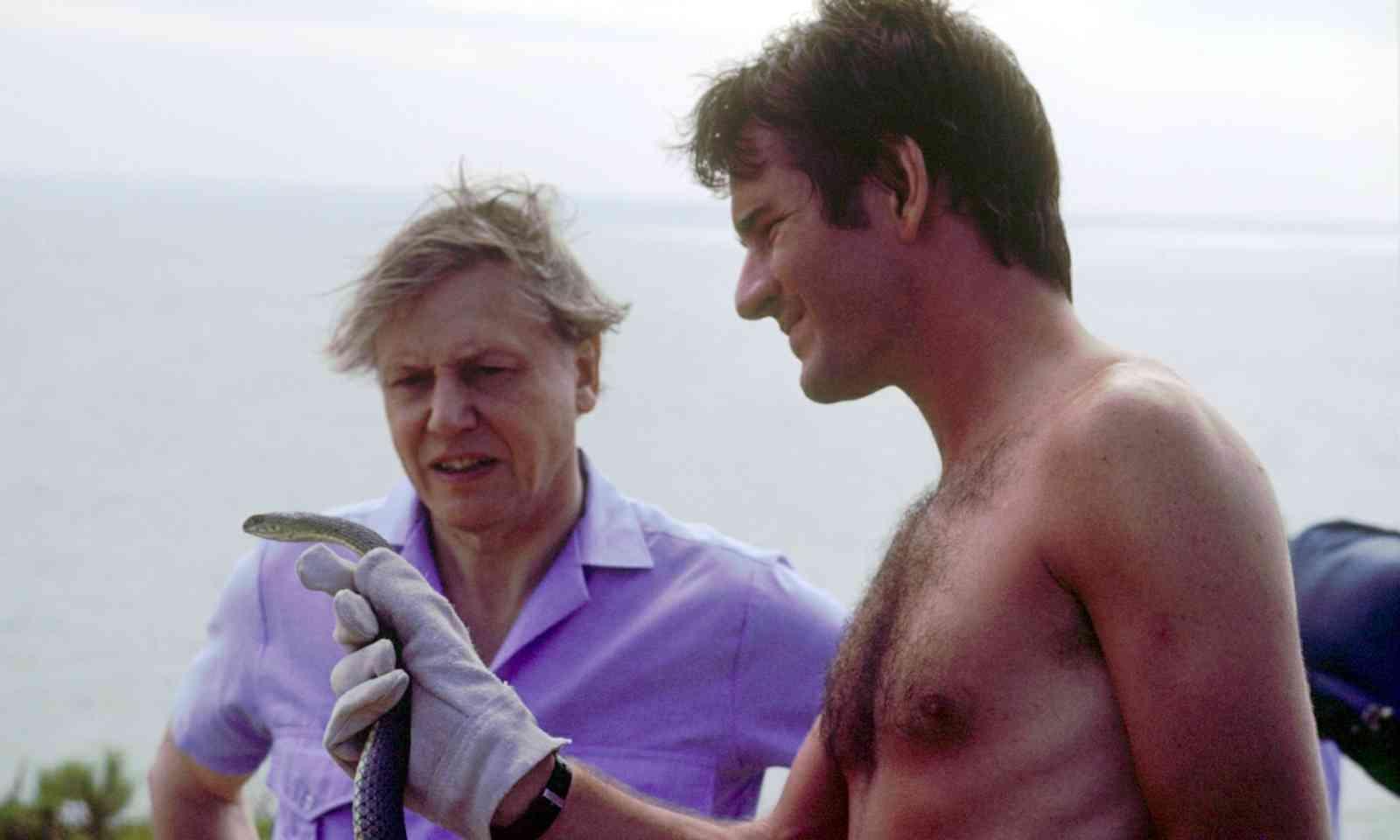 He was my hero growing up, so when they offered me the job and said it would involve a lot of travel with Sir David, I felt like doing a backflip over the bar! He was a very nice man; and because he’s never learned to drive, one of the first things I did with him was drive him from Andalucía up to Central Spain. That was great, driving with your hero. He’s a real enthusiast and a very modest man who remembers everything you tell him.

Wildlife TV has taken you to a lot of places – are there any stand-out moments?

Ever since my career started, I’ve been travelling between 250 and 300 days a year. I did a series called The Nature of Iran, so I spent seven months there and went to the beautiful city of Bam before the 2003 earthquake. We filmed owls in Persepolis, where I always remember seeing an owl fly past the bas-reliefs. I did Realms of the Russian Bear and was probably one of the first hundred Westerners to go to Kamchatka just after the break-up of the Soviet Union.

I’ve also been trekking with wild pandas in Sichuan, China. They’re very difficult to spot because they don’t stick their heads above the bamboo, but we were lucky enough to find one in the open, so I could talk with a giant panda behind me. I’ve seen all of the big animals – I’ve been very lucky. 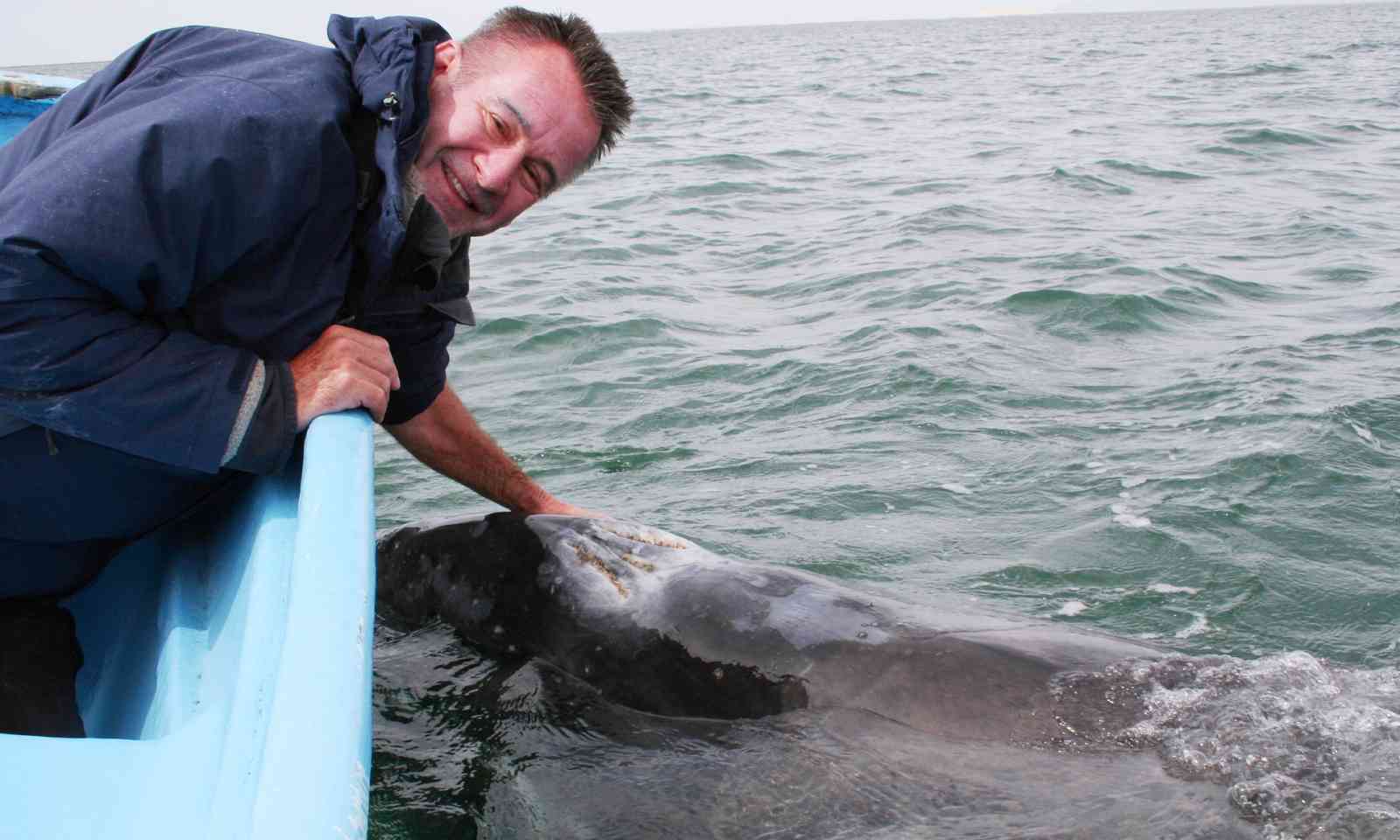 What has been your favourite wildlife encounter?

There have been three. Number one is the Monarch butterflies in El Rosario near Mexico City. All of the Monarch butterflies from East and North America migrate to one small area of forest. There are millions of them, festooning the trees, and then on a sunny day in February they just fly away. It’s like a tickertape parade in the sky with these big orange butterflies are blocking out of the sun. It’s the most amazing biological phenomenon ever.

The second is meeting grey whales in San Ignacio Lagoon in Mexico. I’ll never forget seeing a mother, as long as a bus, bring her baby up to our tiny boat. I got to put my hands inside the baby’s mouth and tickle the tongue and the baleen plates. They seem to like the touch of the human hand. You can’t approach the whales, they approach you. It brings a tear to your eye.

The third one was visiting the snake pits of Manitoba in a place called Narcisse. There aren’t too many places for the local garter snakes to hibernate here, apart from the limestone sinkholes. In the spring, in April, they all of them wake up at the same time, so when you look in the pit it’s a seething mass of snakes. It’s a truly unbelievable spectacle.

Any wildlife you’re yet to see?

I haven’t seen a snow leopard – that’s one of my ambitions, to see one in the wild. I’ve never been to Madagascar and I’d love to go there to see chameleons, lemurs and all the fantastic birds. And I’ve never been to Ethiopia; I’d like to go to see wolves and gelada baboons.

Yes. In 2004 I was filming with a shark specialist called Erich Ritter in the Bahamas. We had bull sharks swimming around our legs (he’d done it with a few presenters, it wasn’t just me being gung-ho!). Probably because we were in the water for too long and he got a bit of fish oil on his leg, a bull shark took 26 inches out of his flesh in one bite.

Discovery even made a film about it called Anatomy of a Shark Bite because we happened to have a cameraman under the water at the time, so we filmed it in slow motion. We take calculated risks when working with wildlife, but driving in Beijing or on mountain roads in Colombia or Mexico is more dangerous than the animals.

How do you feel about the rise in people taking dangerous wildlife selfies?

It’s a concern. We work with experts who show us how to get close to the animals safely, and even then and we don’t get really, really close to the animals. And we work as a team. If you’re taking a selfie it’s very hard to have your eye on the animal and the camera at the same time. When I’m up close with a polar bear, there’s somebody with blank cartridges ready to fire them over the polar bear’s head if they get too close.

Are your travels always about wildlife?

Not always. I love visiting archaeological sites too.  After I’ve finished filming somewhere I often stay on for three or four days at the end and visit the local historical sites. Petra was amazing. And Angkor Wat didn’t disappoint either. I’d love to go to Leptis Magna in Libya when it’s a safer country to visit.

What’s next for you?

I’m doing a TV series on the deadliest snakes in Mexico; I’m also leading a tour with Greig Smith Travels to the Philippines in October. Then I’ll be speaking at Birdfair in August – so I may well see some of your readers there.

Nigel Marven will be talking at Birdfair at the Rutland Water Nature Reserve between 19-21 August 2016. Visit the official Birdfair website for more details.