From smashing plates on friends’ doors to jumping waves or stocking up on round things, here's how to make your NYE celebrations a little more exotic this year...

1: Throw the TV out of the window, Italy 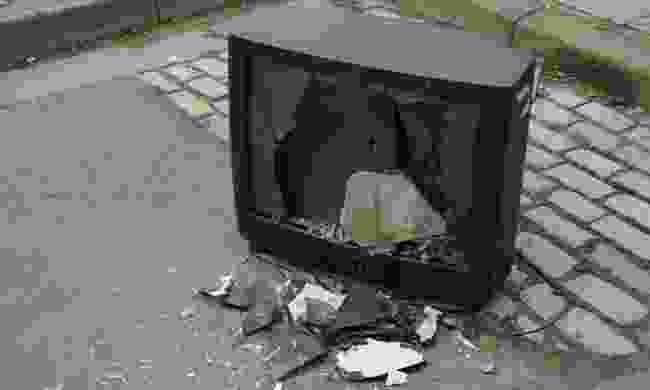 Broken telly on the street (Dreamstime)

You better be careful if you're strolling down the street when the clock strikes midnight on New Year’s Eve in Italy, as some Italians take the meaning ‘out with the old’ to a whole new level.

In some cases, the ‘old’ can fall numerous floors as Italians chuck out old tellies, toasters and pans through windows or drop them from balconies. It’s believed that as the old and negative goes out, the good comes in. It's also a handy traditional way to make more storage space for the coming year. 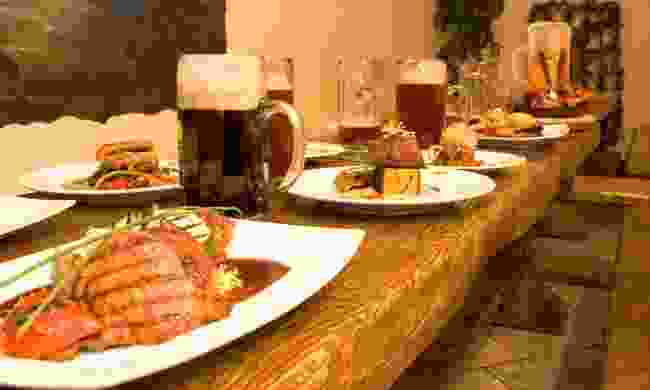 Rather than filling the cupboards with groceries, Estonians tend to fill themselves instead by eating seven, nine or twelve dishes on New Year’s Eve.

The numbers are supposed to bring luck, and the more the foodies eat, the merrier. With every meal they consume, a man is said to gain strength in the coming year.

Diners better not finish all the food in the house though, as ancestors and spirits might pay them a visit on December 31. It would be rude to deny them sauerkraut, marzipan or other traditional dishes on the last day of the year. 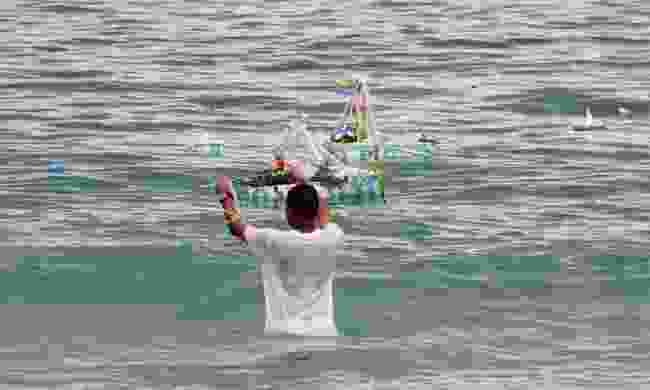 On New Year’s Eve, hordes of Brazilians dressed in white head to the beach. With the stroke of midnight, they jump over one wave for each day of the week to honour Yemanja, the Goddess of the Sea, and make seven wishes.

Some believers set tiny boats with flowers, jewellery or other gifts in the water as the clock hits 12, hoping the waves won’t carry them back to shore. If the offerings float out to sea, it’s said that Yemanja will reward them with 12 months of good luck.

4: Run around in red knickers, Spain 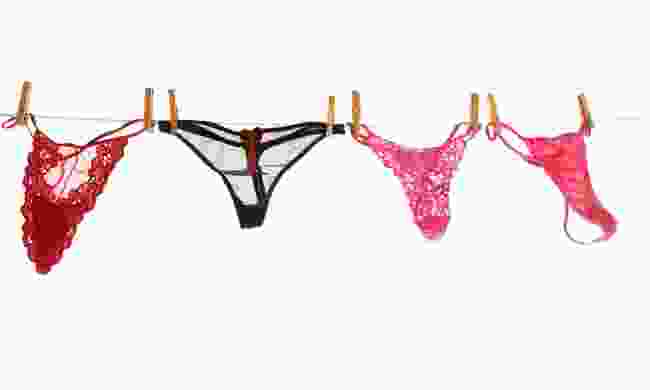 Locals in La Font de la Figuera in Valencia don’t have the usual struggle of finding a New Year’s outfit or spending too much on clothes they only wear once.

They've kept up a Spanish ritual of buying a new pair of red underwear, which is said to bring luck in the coming year, but have thrown out the stressful tradition of buying everything else. Wearing only knickers and trainers, locals race down the streets whatever the weather, welcoming the new year clad only in their red smalls. 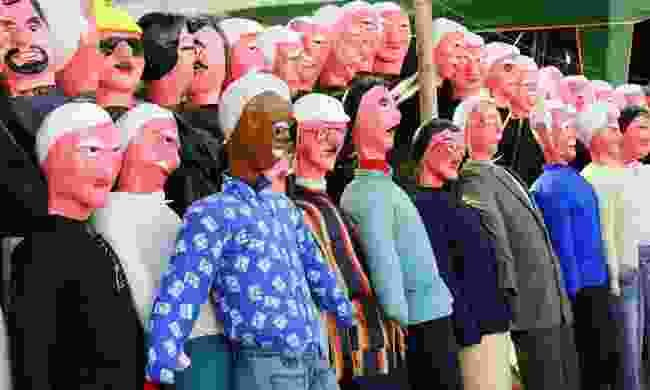 If you missed Guy Fawkes Night in Britain and want a second chance to see huge dolls of famous people go up in flames, you might want to pay Ecuador a visit on New Year’s Eve.

The locals set fire to effigies that resemble popular figures, such as presidents from around the world, or family members to get rid of bad things from the previous year. The tradition is said to bring luck and happiness to the coming 12 months.

The tradition can certainly help believers start the new year with a few extra quid in their pockets. Before the locals set the dolls on fire, they dress up as the caricatures' widows and beg for money from the crowds. 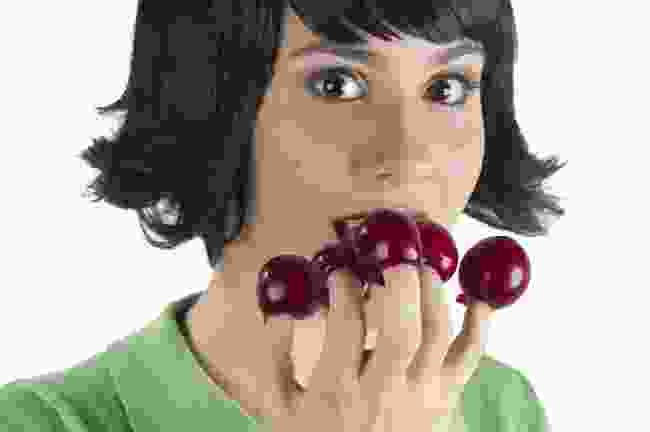 Even though Spain is the third biggest wine-producer in the world, it’s the unaltered grapes, rather than wine, that are on many Spanish people's tongue at the countdown on New Year’s Eve.

In a last minute attempt to improve their chances of a good year to come, locals participate in a grape race. With each chime of the clock, they eat a grape. The tradition dates back to 1895; ever since, many Spanish folks have ended the year stuffing their face with 12 grapes. If they succeed and eat them all before the ring of the bell ends, they’ll get rid of evil spirits from the previous year. 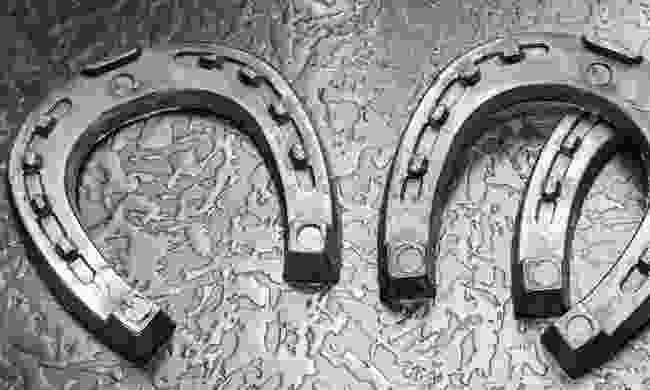 A cracked mirror isn't the only broken object that brings bad luck in Finland. New Year’s Eve is a magical night when Finns turn up the heat and try to predict, or shape, their fortune.

They melt a piece of metal, shaped like a miniature horseshoe, on the stove and then toss it into cold water. The metal liquid turns into a hard-tangled lump as it hits the water and the lump is said to expose the coming year’s events.

Whether the coming year will bring health, good luck or sorrow depends on its shadow and shape. If the cast breaks and the traditional symbol of good luck falls to pieces, the year’s luck is expected to do the same. 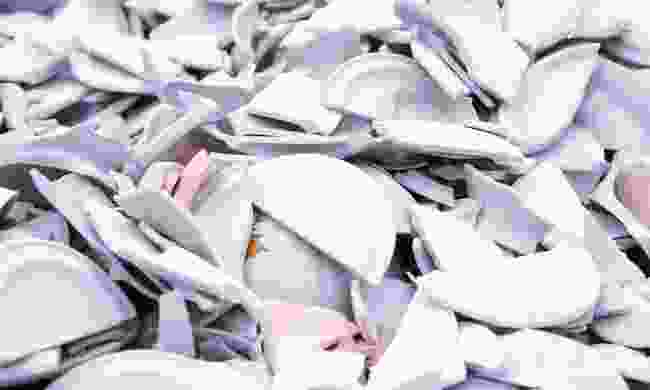 Danes save dishes throughout the year so that fireworks won’t be the only things exploding on December 31.

In Denmark, throwing crockery on neighbours’ and friends’ doors is a way to bring in the new year. Finding broken cups and plates on the doorstep the day after New Year’s Eve isn't an unfortunate outcome of a celebration though, but an affectionate (though now useless) gift from loved ones to bring luck to the coming year.

9: Stock up on round things, Philippines 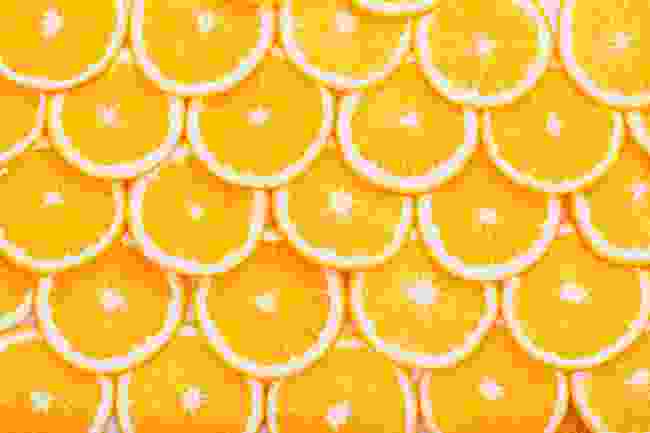 In the Philippines, roundness symbolises for prosperity. There's no short of traditions and superstitions to bring wealth to the coming year, and getting round fruit is a good start.

12 fruits are usually collected, each fruit representing one month. To make sure 2021 will be successful all year round, 12 different fruits should decorate the table. Apart from tucking into melons, oranges, grapes and other round fruit and veg, Filipinos also dress the part. They often wear polka dots and stuff their pockets with coins.