The Kangaroo Sanctuary in Australia’s Northern Territory rescues, rehabilitates and releases orphaned joeys such as this red kangaroo back into the wild.

The kangaroos that can’t be released into the wild are free to roam the 76-hectare sanctuary – which is about the same size as London’s Greenwich Park.

The reserve’s latest addition is this female joey. At six months old, she’s still too young to leave her specially made pillowcase, as joeys typically leave their mother’s pouch after nine months. 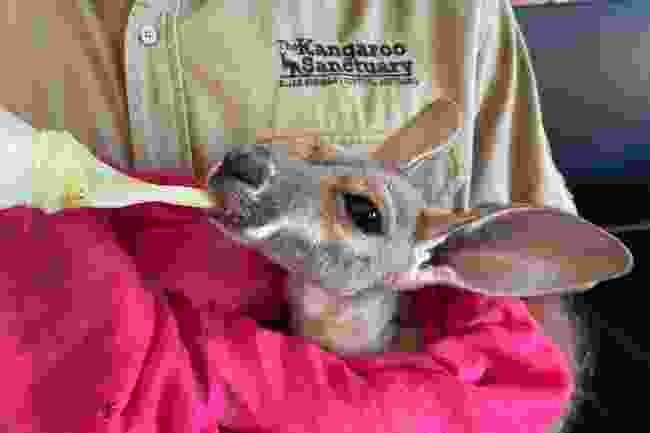 The sanctuary is inviting members of the public to name the marsupial before 31 May. The winning name will be picked and announced in June. We have no doubt that Wanderlust readers will jump at the chance of naming the ’roo, so hop to it! Leave your suggestion on the sanctuary’s Facebook page.

For more information about the joey and the Northern Territory visit The Kangaroo Sanctuary's website.

The Wanderlust guide to the best of the Australian Outback