Everything you need to know about Mongolia’s Naadam Festival

Naadam Festival, an annual celebration of Mongolian nomadic culture, opens on 11 July. Here are 6 of the best things to experience

Harking back to the days when warriors roamed the vast steppes, Mongolia’s rambunctious, carnival-esque Naadam Festival is a celebration of the country’s unique sports and culture.

Naadam roughly translates as the ‘Manly Games’ and focuses on three skills that are vital in Mongolian nomadic life – wrestling, archery and horse racing. Each sport is fiercely contested and participants are expected to compete in traditional dress.

The festival is also a chance for nomadic people to get together and socialise. Yep, drinking and gossiping is an essential part of the festival! A cavalcade of parades and dances – and more drinking – surround each contest.

The multi-day celebrations are held in July every year and can be experienced across Mongolia. The largest gathering is in the capital, Ulaanbataar, but the events in the countryside are just as lively and colourful and a lot more intimate. Here are 6 unmissable experiences... 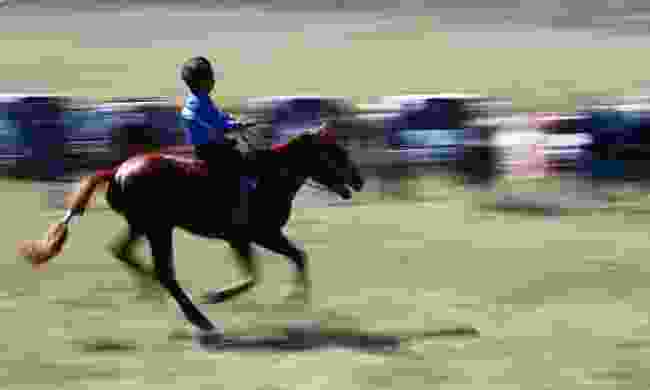 There’s a local saying that Mongolia is a nation born on horseback. The native horses here are hardy and strong, a breed that has changed little since the times of Genghis Khan, who founded the Mongol Empire in the 13th century. They outnumber humans, can cope with extreme temperatures and graze and search for their own food. The mare’s milk is processed into the national beverage, airag.

Every child that grows up in the countryside learns to ride when they are three, and most of the jockeys in the horse races held during the Naadam Festival are under ten. The races are long and the children are lighter. Mongolian racing is more about the ability of the horse, although that is not to say the young jockeys are not skilful or tough.

The cultural significance of horses is celebrated during Naadam as well. The young jockeys sing a giingo, a mantra to Khayankhyarvaa, the god of horses, before and after each race. There is also an ancient Mongolian myth that says you can change your luck by touching the dust and sweat swirled up by a horses as it races. 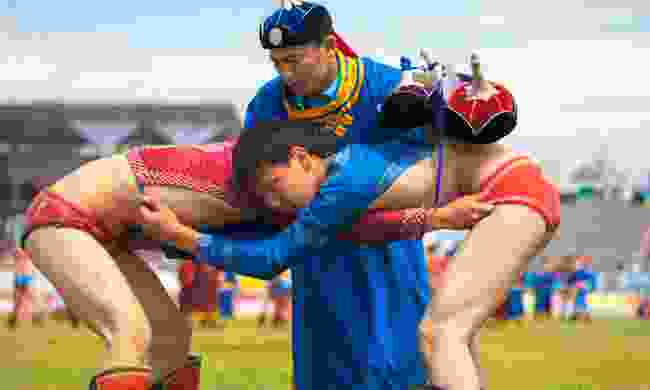 Wrestling during the Naadam Festival (Shutterstock)

Mongolian wrestling is considered the most important of the ‘three manly arts’. Matches are broadcast on national TV and every Mongolian family hopes that their son will become a famous wrestler. It is one of the oldest arts, too. Cave paintings in Bayankhongor Province, dating back to Neolithic times, depict two men grappling, surrounded by a crowd. Genghis Khan regarded it as an essential tool in keeping his army in good shape and combat ready.

The locals call it bökh, which means durability, an apt name considering there is no time limit to each match. Victory is seemingly simple enough. The first person to touch the ground with anything other than their feet loses the match. But some matches, especially in the high altitude of the mountains, can go on for hours.

Another unusual feature of Mongolian wrestling is that there are no weight classes. It’s not rare to see a wrestler grappling with someone twice his size. The costume is distinctive too. Each combatant must wear a four-sided hat, shoulder vest and snug shorts. During Naadam, cloaks and traditional boots are also worn. 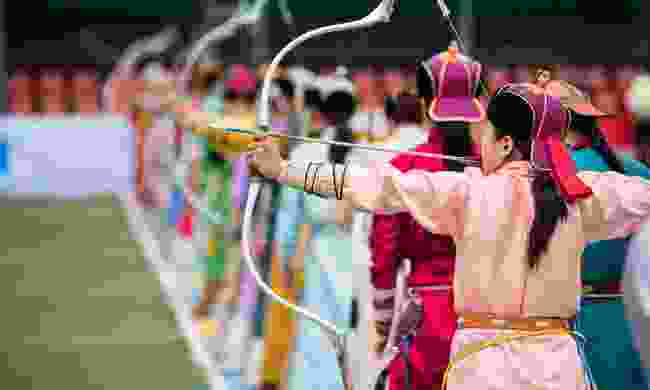 Archery has always played an important part in Mongolian life, as nomads used bows and arrows for hunting, and Mongolian warriors used them as weapons. The warriors were feared crossed the steppes and beyond.

The archery contests held during the Naadam Festival are open to male, female and child archers and across three categories – Khalkh, Buriad and Uriankhai. Each category uses different bows and arrows and distance to the target and is a test of strength, vision and concentration. Like the wrestling, competitors must wear traditional costumes. 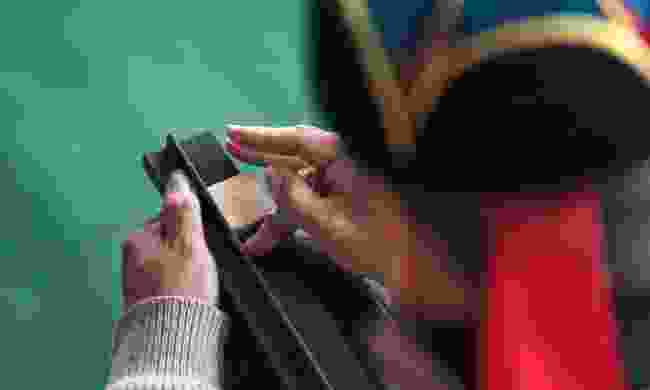 Wandering around the festival, you may come across groups of men flicking domino-like marble tablets on a smooth wooden surface towards a target of sheep knuckle-bones. This is Knuckle Bone Shooting, a team game that has become so popular it is considered by many as the fourth main sport of the festival.

It is another game with a long and storied history that dates back to times when the Mongolians revered certain parts of their livestocks' bones, using them in religious rites, plays and traditional games. The Naadam Festival is not just about sport. It’s the biggest event on Mongolia’s culture calendar, with a packed programme of parades, concerts and theatre.

The festival begins with the Ceremony of Nine White Banners, another tradition that dates back to Genghis Khan which was revived in the 1990s to celebrate the country’s return to democracy. Each ‘banner’ is made up of the tail hair of a thousand stallions from each of the provinces in the country and is a symbol of power and strength.

There’s also a traditional costume festival, Deeltei Mongol, a horse-headed fiddle festival, Morin Khuur, and nightly performance of Uchirtai Gurvan Tolgoi, a traditional Mongolian opera. Add in a jazz festival, and there is plenty to keep you entertained. 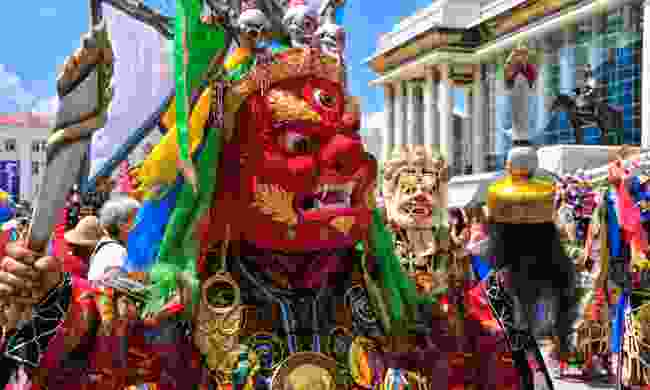 Of course, there are many other impromptu celebrations during Naadam, usually centred around food and drink, and involving the thousands of nomadic people who flock to ‘civilisation’ to party and let their hair down.

Party staples include khuushuur, deep-fried dumplings that are perfect for lining your stomach, and airag, fermented mare’s milk.

Knocking back an airag or three is a real highlight for locals during Naadam. It is only available from June to September and the 5% alcoholic content of the beverage helps facilitate a rowdy and noisy atmosphere at the games.