10 of the world’s top travel bloggers, including The Planet D, Runaway Juno and Wanderlusters, highlight the amazing destinations that don't get the attention they deserve and why you should visit them 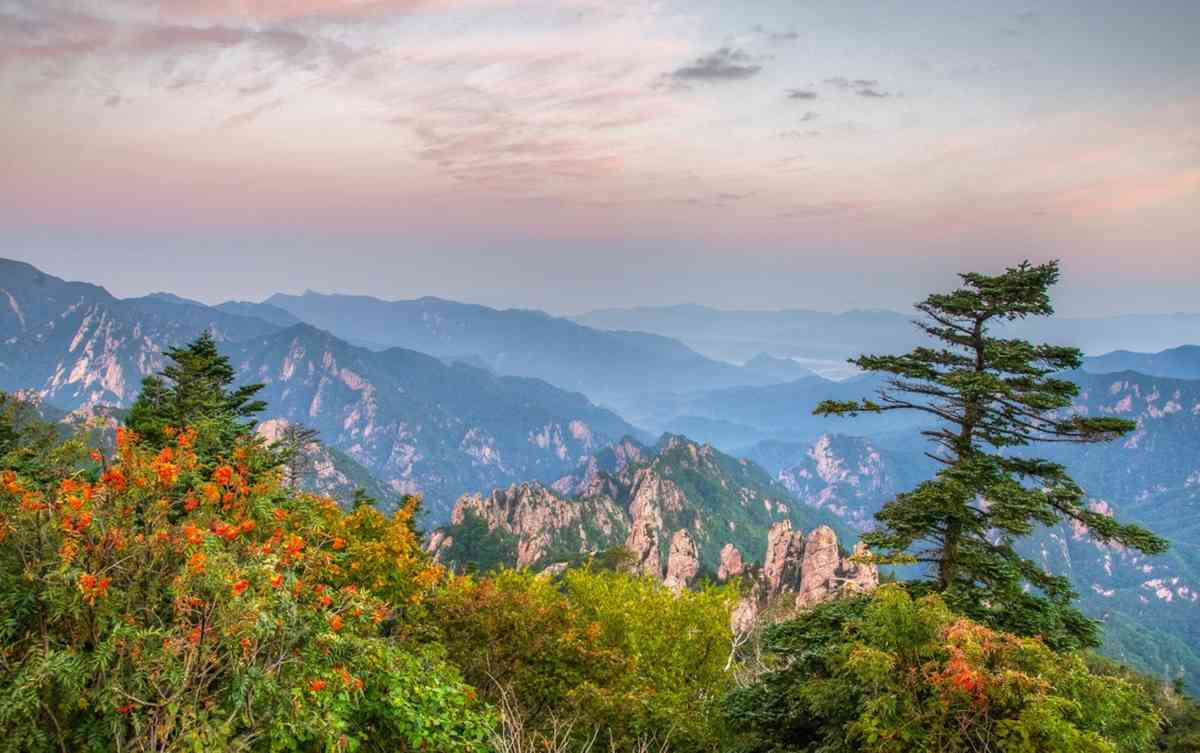 Wedged between Japan and China, South Korea is often overlooked as a travel destination. South Korea is smaller and seems less exotic than either of those. But this small land, which is about half the size of the United Kingdom, is packed with adventure.

The country is known for its temperate climate with four distinct seasons, which allows many different activities.

Hiking is a national pastime in this country, which is seemingly made for hikers. There are more than 20 mountains just in vicinity of the capital city, Seoul and many rocky peaks are popular for rock climbers. The early morning fog between the mountain peaks can be so beautiful that people believe spirits live there.

Thanks to the well-developed road system, South Korea is also a paradise for cyclists. Pyeongchang, a city in the east, is hosting the Winter Olympics next year. Whatever activity you take on, there’s always delicious Korean food waiting for you at the end of your adventure. 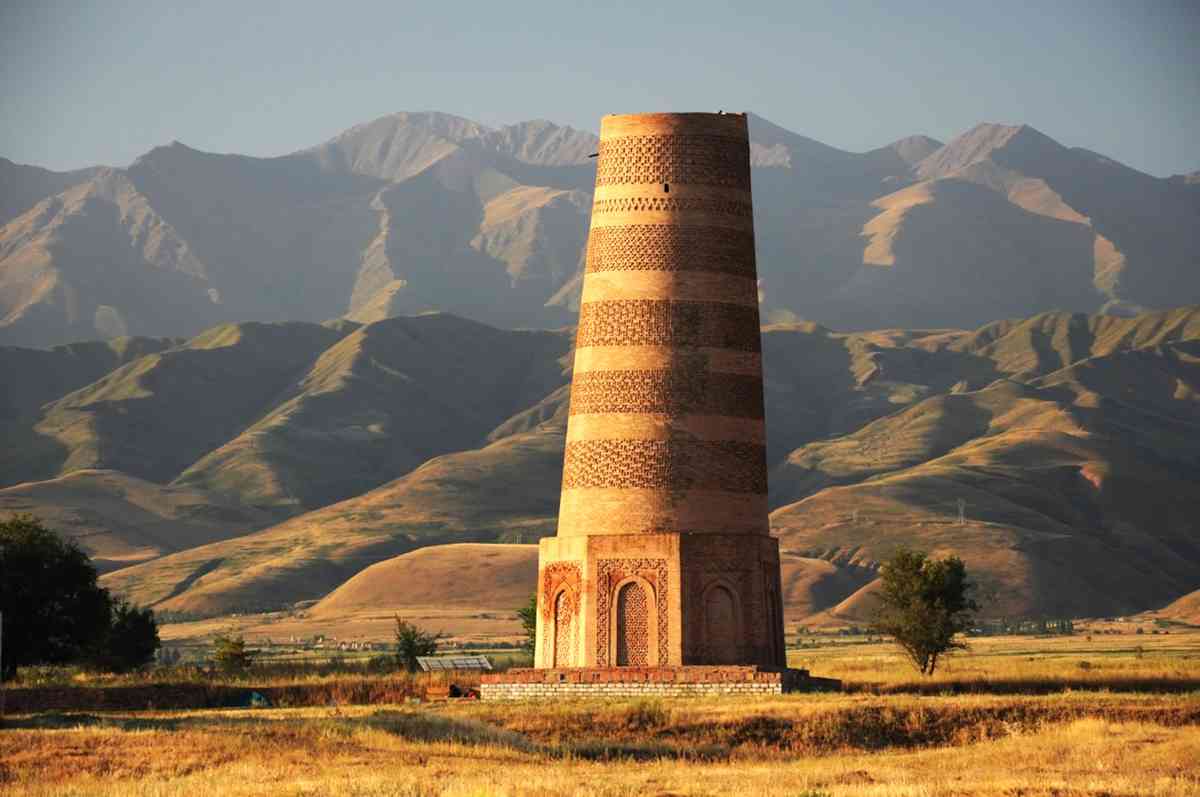 With 93 per cent of the country covered in mountains, the landlocked nation of Kyrgyzstan in Central Asia has been quietly attracting travellers with an affinity for the outdoors for years. It is, in our opinion, the world’s most under-rated adventure travel destination.

In summer, the alpine peaks and valleys turn into an intrepid playground for mountain biking, rafting, horse riding and trekking, allowing people to travel for days or even weeks on incredible expeditions. When the snow falls in winter, the mountains open up for skiers, snowshoers and snowmobilers.

Once the legs are burning from an adventure overload, travellers can immerse themselves in the unique nomadic culture, doing traditional yurt stays and learning all about the hospitable Kyrgyz people. 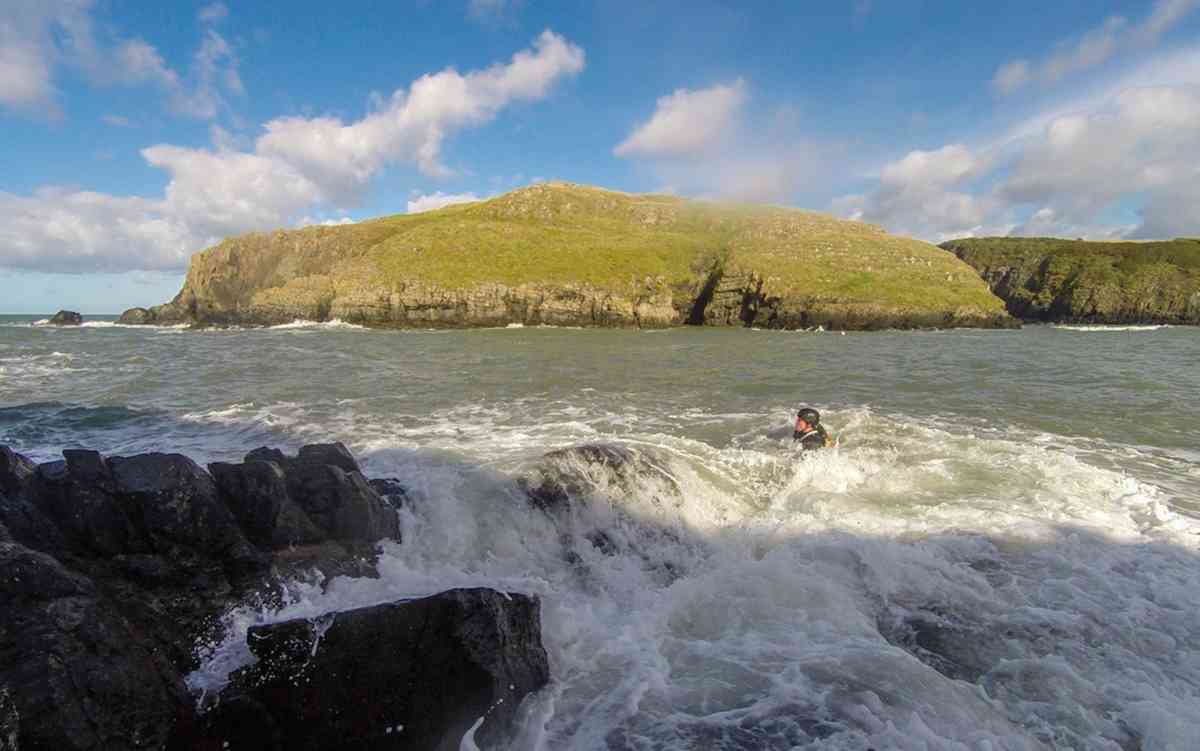 Coasteering in Wales (The Planet D)

Wales is poised to become the adventure capital of Europe. With a rugged coast, the mountains of Snowdonia and hiking trails for days, your holiday will be filled with endless activities.

Coasteering originated in Wales and you must try it. Hire a guide for safety and gear up to go jumping off cliffs into the churning waters of the Bristol Channel. Alternatively, take it easy and kayak along the coast to see the cliffs from below.

One of the most unique attractions in Blaenau Ffestiniog is Bounce Below. Located inside a giant underground cavern, you can traverse along a massive via ferrata, play on the world’s largest underground trampoline, or ride the indoor ziplines. Just outside is the world’s fastest zipline, if you are looking for more adrenaline.

In Snowdonia, there are mountain trails leading to the top of Wales’ highest mountain. In the area, there’s mountain biking, lakes and the world’s first inland surf lagoon. Wales has endless outdoor adventures and they keep inventing more. 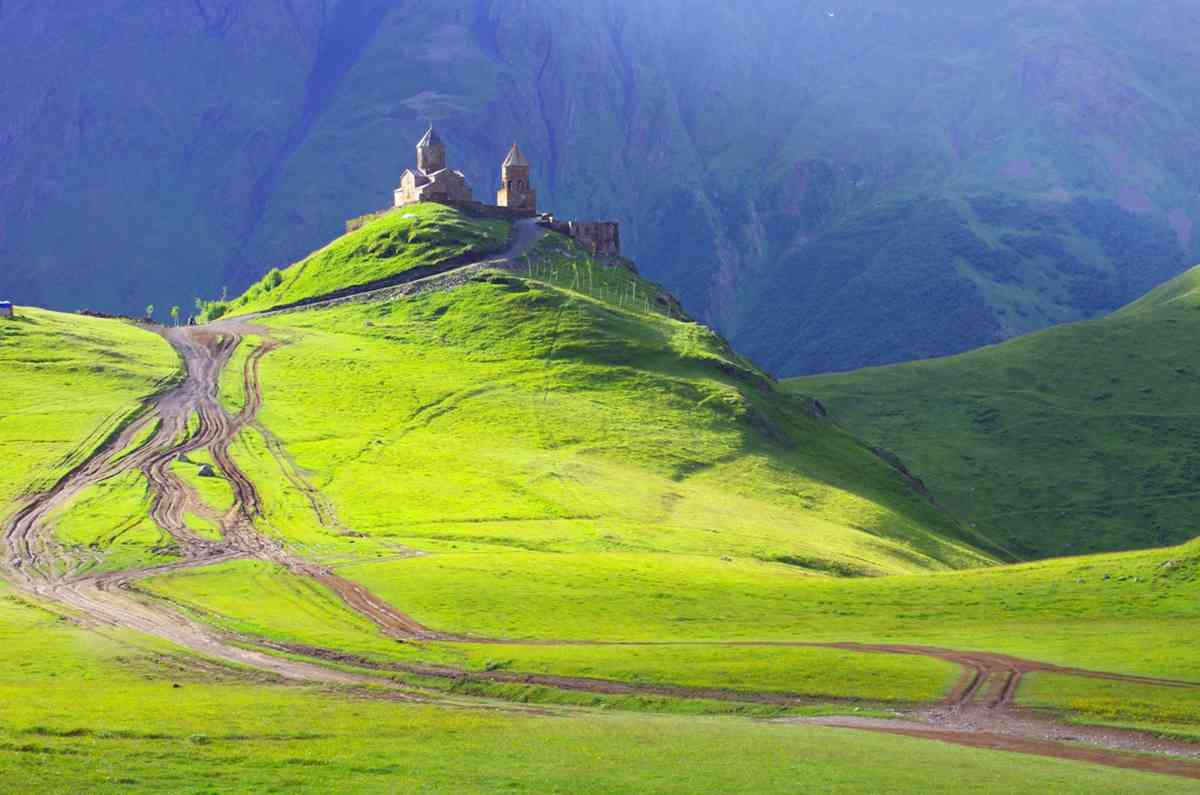 The Republic of Goergia is one of our favourite countries in the world for adventure travel. This is not only because of the stunning high Caucasus Mountains, but also because of the gregariousness and warmth of Georgian people.

One of their traditional sayings is  “Guests are gifts from God”, and Georgians really mean it, sometimes overwhelming visitors with large supras (traditional meals) and an endless flow of wine and other spirits. This means that trekking in Georgia, especially Svaneti and Tusheti, which are the two top trekking areas, is so much more than the mountains and the landscapes. The culture and history play such a big role on the experience.

I also have to mention that Georgian food really is some of the best in the world. 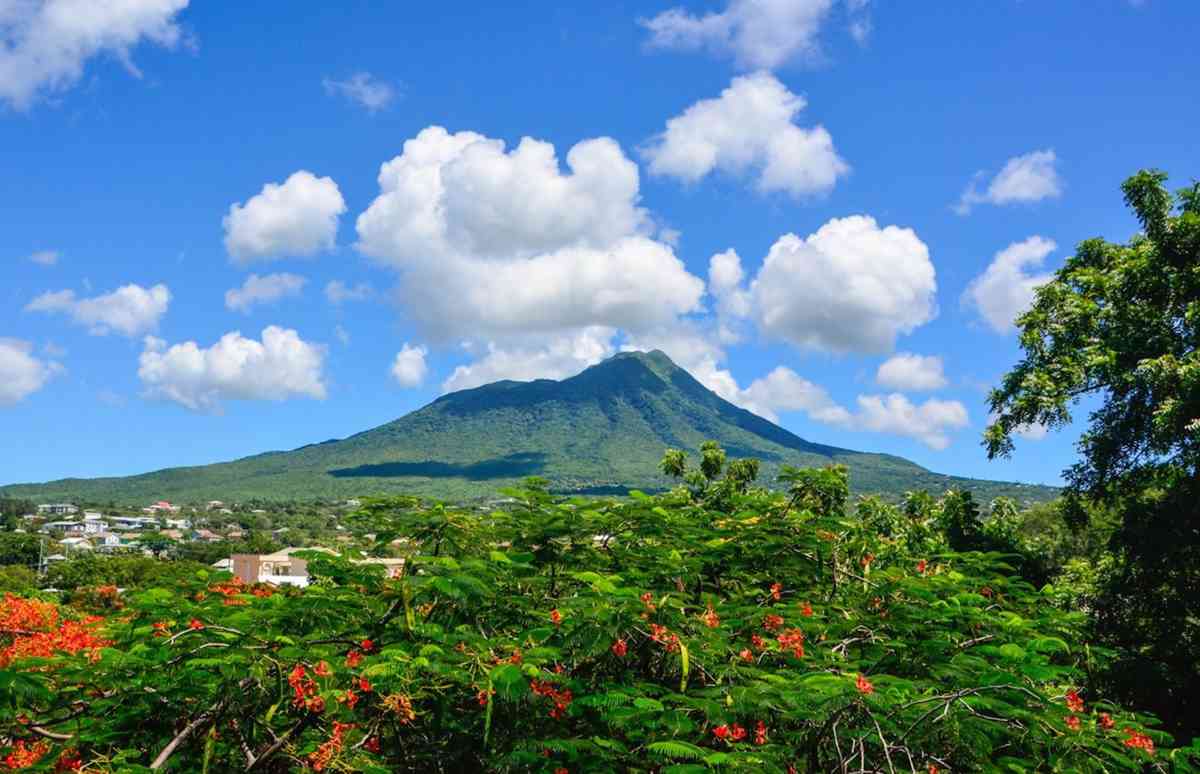 Nevis is a Caribbean destination that few people can pinpoint on a map, but it boasts a unique island charm that sets it apart from its more frequented neighbours. Unspoilt, relaxed and easy-going, Nevis has wide open spaces and a rich cultural heritage that implore visitors to ditch the clichéd holiday itinerary of all-inclusive sea, sand and sun, and instead immerse themselves in the natural world.

Blissfully crowd-free beaches, majestic volcanic peaks, and the legacy of a once-thriving sugar industry define the landscapes of Nevis. Thanks to government legislation restricting development along it’s coastline, the island has remained a haven for wildlife and has become a playground for active travellers seeking adventure.

Everything from hiking and cycling to sailing, scuba diving and wind surfing can be enjoyed here year-round. Meanwhile, history buffs can immerse themselves in the legacies of both explorer Horatio Nelson and founding father Alexander Hamilton, for whom Nevis was once home. 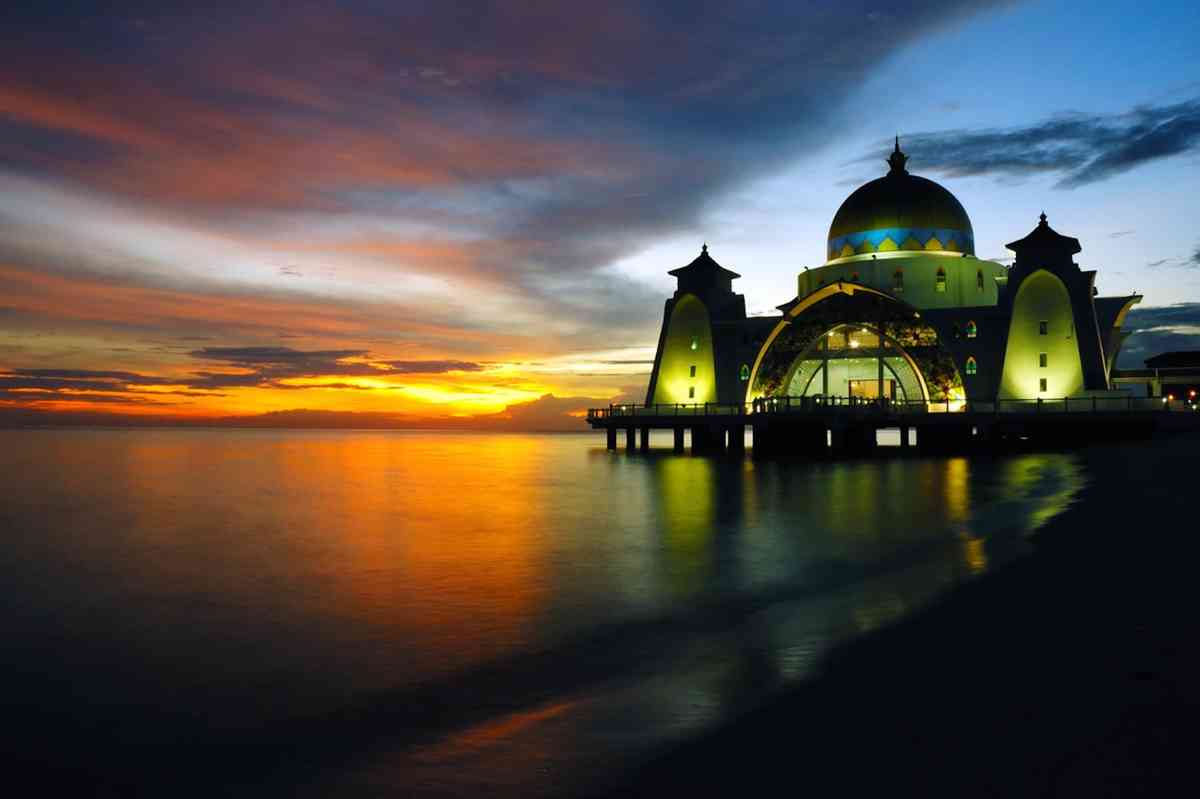 Southeast Asia is one of the most popular regions to visit but Malaysia often gets skipped or rushed through, which is a shame because this diverse and underrated country has so much to offer.

Multicultural Malaysia has a fascinating history and is a real melting pot of cultures, religions, food, people and landscapes. You can wander through the historic streets, snacking on street food and visiting Muslim mosques, Hindu and Buddhist temples, and Christian churches all in one street.

The country also has stunning geographical diversity, from the modern metropolis of Kuala Lumpur to charming, historic UNESCO-listed cities like Penang and Malacca with their interesting Chinese, Indian, Malay, Arabic and Colonial influences.

Malaysia is also home to cool highlands and lush tea plantations, mountains, steamy jungles that are home to endangered orangutans and tribal longhouses, paradise islands and world class diving. The food is equally as diverse as the culture and the Malay people are genuinely welcoming and friendly.

As a good level of English is spoken in parts of Malaysia, it’s easy to strike up a conversation with local people, which makes getting around the country hassle free. 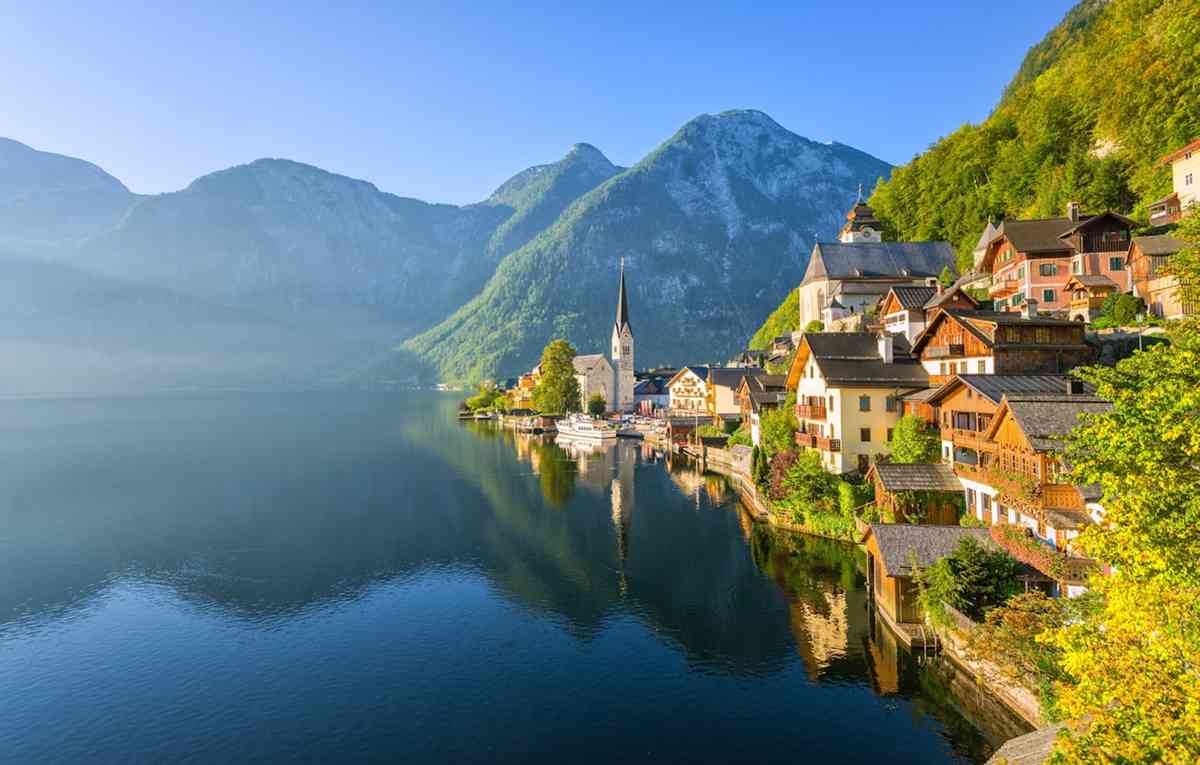 Hallstatt in the Austrian Alps (Dreamstime)

Austria is synonymous with skiing in the winter and hiking in the warmer months. But with around 75 per cent of the land as countryside, it’s packed, both high and low, with more adventurous activities than people realise.

In the winter, you can hit the alpine snow-laden trails or the country’s valley forests with a fat bike or Segway, should snowshoeing be too slow for the thrill-seekers. Tackle nature’s frozen walls with some ice climbing or get down its winding mountain paths by tobogganing at high speed.

When the white cover is lifted, find your way through rocky caverns by canyoning, take to the waters by kayak, or test the white-water rapid routes. Up above, complete a full-course at a mountain climbing park or clamber the rocky ledges of a more challenging via ferrata route.

For those wanting to up the ante from the Gondola, you might want to choose one of the high-speed ziplines or whirling alpine coaster options for an extra adrenaline-pumped visual kick. 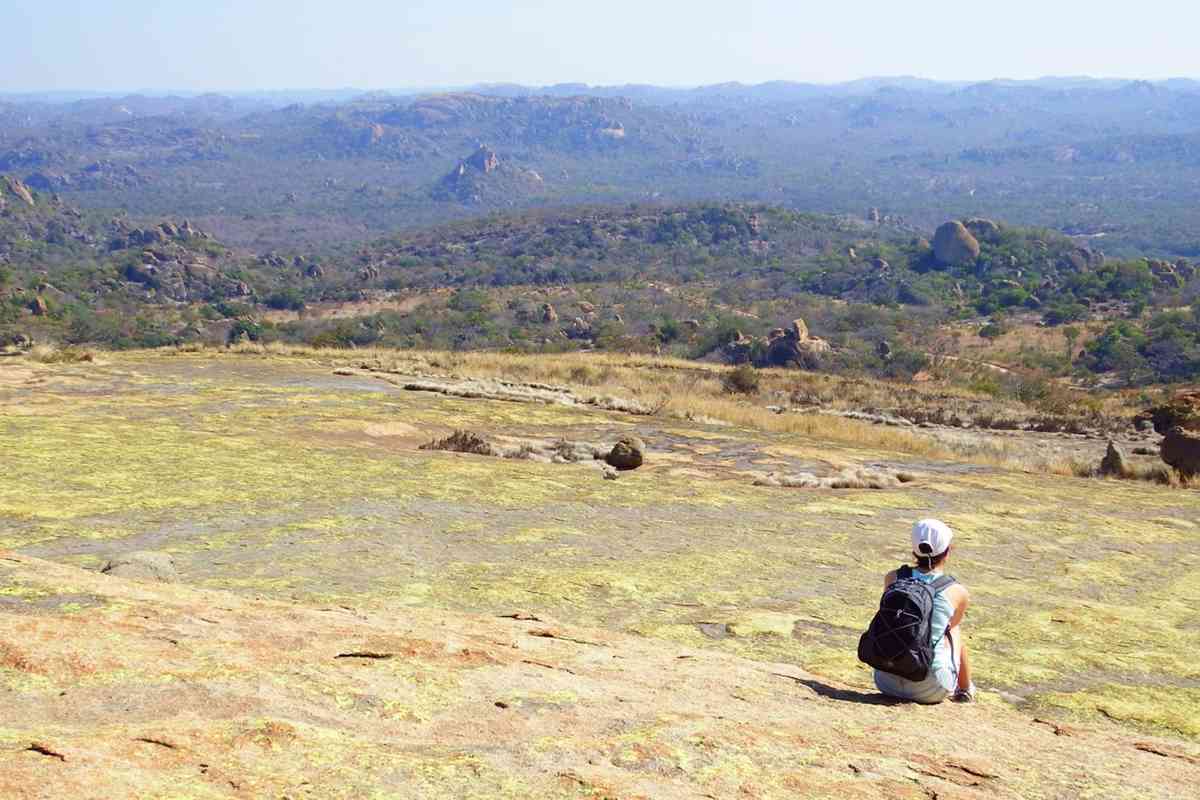 I find that a lot of people don’t really explore Africa. While in South America or Southeast Asia, people might explore everything, in Africa they might only visit two or three countries. There are many countries across Africa that are incredible unexplored destinations.

Zimbabwe is a captivating land in southern Africa, and unquestionably one of the most underrated countries in the continent. It’s known for it’s wildlife but not many people think of it for other kinds of adventures.

Visiting Zimbabwe is not difficult, and there are some breathtaking sites, offering a bit of everything. For wildlife, you can explore Mana Pools National Park and Matobo National Park to spot zebras and herds of elephants escorted by the park rangers and the Zimbabwean army.

For culture, it’s possible to visit the 2000-year-old paintings inside the Matobo Hills. This incredible place has more than 3000 registered rock art sites.

If you like nature, you can lose your breath on the fascinating Victoria Falls, the world’s largest sheet of falling water and one of the most unbelievable places on Earth.

The country also has fascinating history. The Great Zimbabwe National Monument, the 11th-century ruins of ‘the capital of the Queen of Sheba,’ is one of those places that make you travel back in time. Hike up the hill to have a fabulous aerial view of Great Enclosure and Valley Complex. 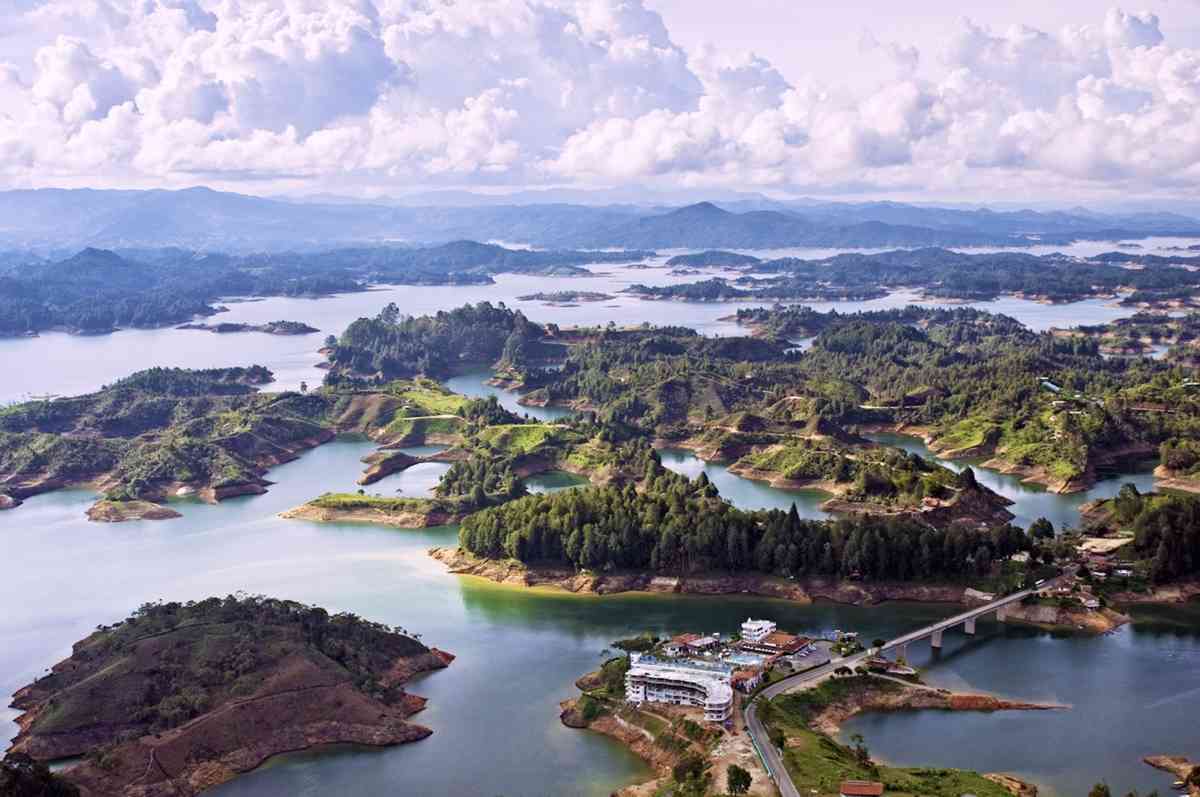 Colombia was long considered a ‘no-go’ for foreign travellers, but in the past decade, the country has emerged as one of the most popular and favourite destinations for adventure travellers.

Colombia has a fantastic culture spanning from the time of its indigenous inhabitants through to its colonial era and up to the present. The country's many regions are unique, and don't be surprised by how varied the food, traditions and clothes vary as you travel between them.

It's also a great country to be able to visit many types of different regions, including the mountains, beaches, and jungles that make up the relatively small country. Like any country that’s working hard to rehabilitate its reputation, you will be welcomed here and shown what great people Colombians are.

Will Hatton (The Broke Backpacker - www.thebrokebackpacker.com) 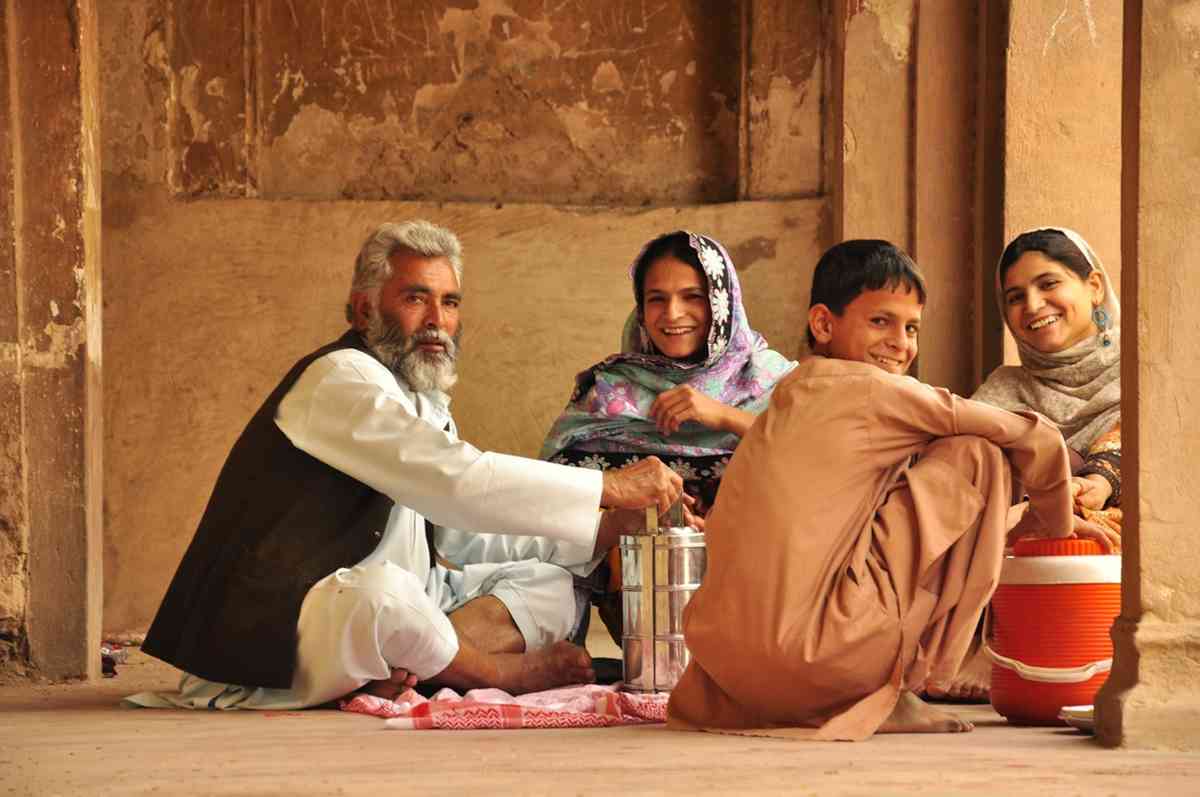 Pakistan’s got a bit of a bad reputation from a safety point of view, but it’s actually a safe country. Landscape-wise, it’s the most stunning place I’ve ever been to. It has 80 of the world’s highest mountains. It’s got the most incredible stretch of the Himalayas. It’s a very cheap place to go travelling. It’s got glaciers, mountains, lakes, friendly people. There’s nothing not to like.

In terms of outdoor activities, you can do anything, from one-day treks to climbing K2. You can also do a lot of hiking without guides. I did a trip to Nangarhar Base Camp, which was absolutely amazing. You can trek across glaciers and do a lot of white water rafting. That’s still being developed at the moment but in a couple of years’ time that’s really going to take off.

There are some people who cycle the entire length of the Silk Road. They enter from Iran and exit into China, or they come the other way.

The wildlife is also fantastic. When I was up in Deosai National Park, I saw they’ve got a very large native brown bear population there.

The good thing about Pakistan is that it’s got something for everybody. It’s got very lush forests in the Swabi region and some great deserts. Balochistan has around half of the great Thar Desert, one of the largest deserts in the world. The other half is in India.

Pakistan’s also got a gorgeous coastline, which not many tourists go to at all, but the mountains are the main attraction for me.