7 of England's most glorious castles – and their fascinating history

From King Arthur's birthplace on the Cornish coast to iconic royal weddings in Windsor, uncover medieval tales and fantastic forts on a day trip to these spectacular English castles... 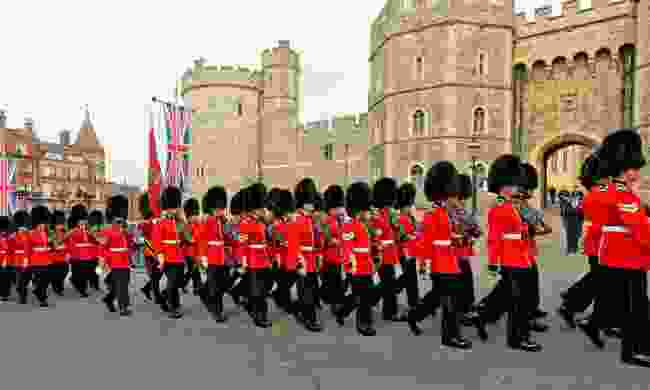 Watch the Changing of the Guard at Windsor Castle (Dreamstime)

Windsor Castle has long historic ties that root back to the 11th century when it was founded by William the conqueror, and has since been the residence of 39 British monarchs, including today's head of state Queen Elizabeth II.

More recently, the castle starred in news headlines around the world for the marriage of Prince Harry and Meghan Markle, now Duke and Duchess of Sussex, who wed in St George's Chapel, which is also open for ticket holders to explore. The grand reception room, Waterloo Chamber and Queen Mary's Doll House are all impressive highlights of the castle that are open for public viewing, while state apartments and semi-state rooms are open subject to use.

Visitors can also watch the Changing of the Guard take place at 11am on select days – a ceremonial event whereby the Queen's guard march through the streets of Windsor and into the castle grounds to switch sentry duty. Even those lining the high street can catch a good view of the immaculate crimson jackets and bearskin headpieces marching in unison to the thundering beat of a military band. 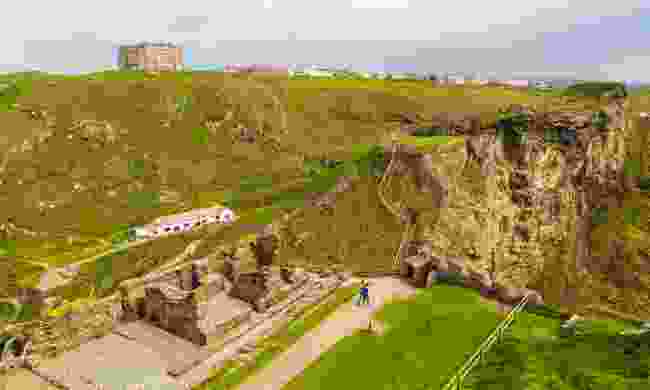 Once a stronghold on Cornwall's north coast, Tintagel Castle played a major role in the trading world between the UK and Mediterranean countries. The castle island was inhabited by small communities between the 5th and 7th centuries, with housing infrastructure and pottery craft remains still visible today. But its key significance only later emerged in the 12th century, when Geoffrey of Monmouth named Tintagel the birthplace of King Arthur.

Its seaside location between Padstow and Bude, naturally makes this quaint island a popular habitat among local wildlife and birds, which can be seen gliding around and over clifftops. Additionally, Tintagel has come to inhabit an array of flora and fauna and is therefore recognised as a protected site for scientific research.

Nearby, visitors can explore Merlin's Cave end-to-end on foot at low tide, while a kayak or canoe make the cave accessible at high tide – just remember to pack a torch and helmet. 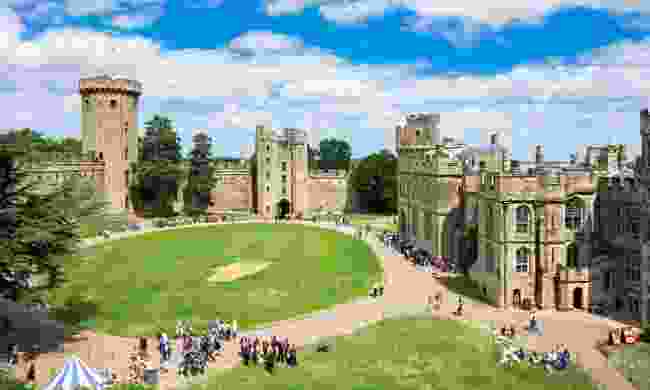 When William the Conqueror and the Normans invaded British territory, castles were ordered to be built across the UK as part of a major defence system, with Warwick Castle as part of this collection.

It comes as no surprise that the most vital part of the castle was one of the first areas to be constructed. The mound provided the perfect vantage point overlooking the surrounding land that troops would cross in an attempted invasion; nowadays visitors can enjoy beautiful views across Warwick city, stretching as far to Stratford-upon-Avon.

There are plenty of attractions to keep the whole family entertained, from a Horrible Histories maze and Princess Tower, to defensive towers and the castle dungeons. But their August evening events are the star attraction, with everything from fire jousting and live-action stunts, to projected light shows. 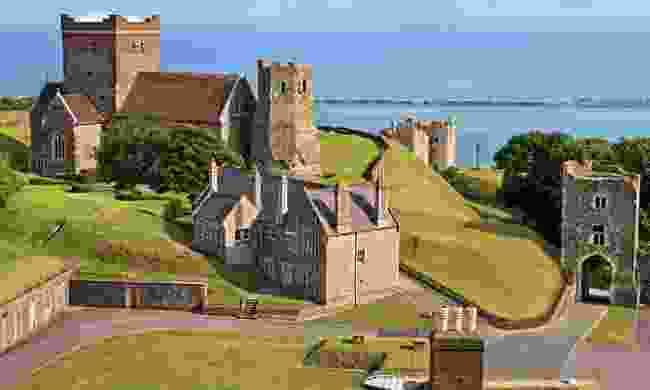 Dover Castle has played an extraordinary part in military history and visitors can uncover its timeless value on a trip to the far south east coast of the White Cliffs of Dover. The site first existed as an Iron Age Hillfort and was later used as a lighthouse lookout over the English Channel, before being taken siege as part of the Norman conquest. The construction of Dover Castle would later be complete in 1256 and go on to survive the Civil, Revolutionary and Napoleonic Wars.

Most significantly, it was used as the evacuation point during World War II for British troops returning from Dunkirk. The underground tunnels that stretch into the White Cliffs give visitors an extraordinary insight to the conditions of the hospital, as well as the headquarters that were responsible for guarding the Straights of Dover and preparation phase for the 1944 invasion of Europe.

Although the castle ended its official military use in 1956, a deep network of tunnels were renovated in the 1960s amid a rising nuclear threat and it was decided that government and military officials would be evacuated to this location in the event of such crisis. 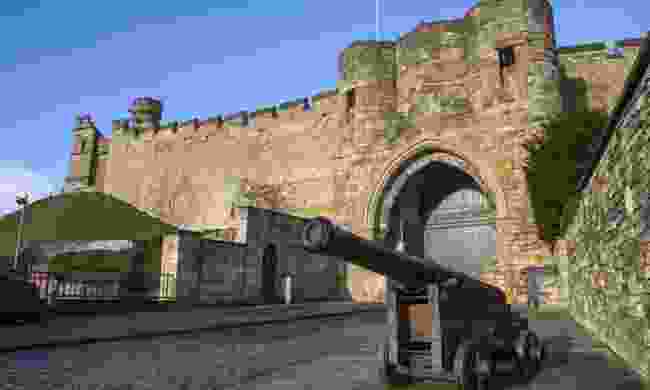 Exhibiting both an original Magna Carta and a Charter of the Forest documentation (an amended version of the Magna Carta), Lincoln Castle prides itself on being the only place in the world where people can see the two sacred charters side by side. An underground vault was built as part of the castle's £22 million restoration in 2010 to protect the books, which visitors are welcome to explore and trace their way back in time through the interactive cinema.

Outside, the castle's great stone curtain wall remains one of the most dramatic features of the grounds and provides spectacular views across the city and surrounding countryside — in particular the west face of Lincoln Cathedral and its soaring spires. Thanks to the new renovation work, visitors can walk the full circumference of the one third of a mile long wall, before heading down to the Victorian prison to uncover the spooky stories of some of Lincolnshire's most wanted criminals, from highway robbery criminals to murderers. 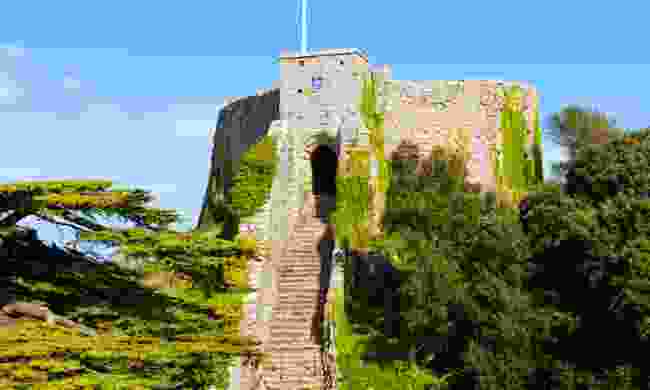 Heading to the Isle of Wight? Take to the ancient grounds of Carisbrooke Castle to uncover the history of the 900 year old fort and its military resistance throughout the French siege and Spanish Armada. One of its most impressive features is the Norman Keep and Wall Walk, whereby visitors can climb steps to the highest viewpoint of the castle and enjoy unrivalled views across the Isle of Wight and the surrounding sea.

To experience what it feels like to be a medieval knight, visitors can dress up in full body armour and have a go at firing a miniature cannon at the gatehouse. There's even a chance to meet the donkeys and watch demonstrations of water being drawn from the well house with a few turns of an old oak wheel, before they return to the stables to relax with a treat. 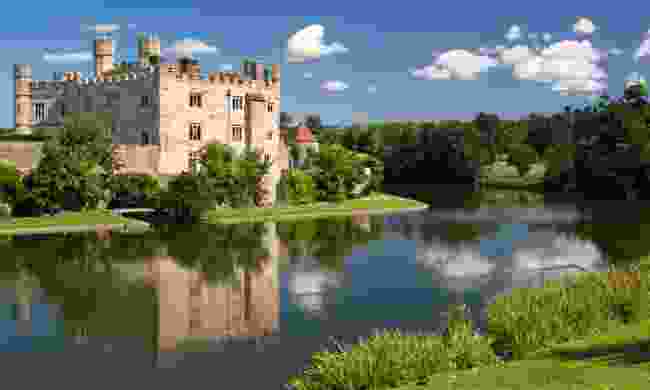 Leeds Castle has transformed its way through history, having started off as a Norman stronghold and later evolved into a Tudor Palace, a Royal Castle, a Jacobean House, a Georgian Mansion, a 20th century retreat, and more recently one of the most visited historic British buildings. The historical influence of previous owners is reflected in the décor throughout the castle, including Georgian-inspired state rooms under Lady Baillie's residence and Tudor furnishings in other rooms.

The castle is set in a picturesque 500 acre parkland and surrounded by a moat teeming with wildlife, meaning there's plenty of fun to be had by the family, including exploring the maze of 2,400 yew trees and an underworld grotto home to 'mythical beasts'. Key events in the calendar include the annual Christmas markets, Leeds Castle fireworks display, and grand medieval jousting tournaments.