Vietnam’s 9 most beautiful and intriguing temples

Thanks to its location and its history, Vietnam is dotted with magnificent temples dedicated to Buddhism, Taoism, Cao Daism - and even a religion where worshippers believe God is revealed through whales... 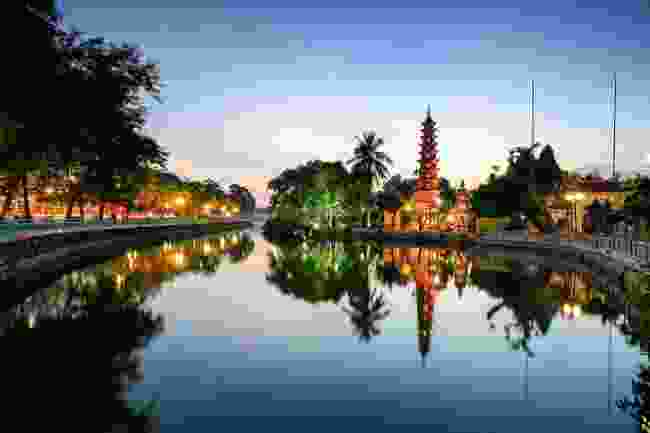 Set picturesquely on the south-east shore of Hanoi's West Lake, Tran Quoc Pagoda is the city's oldest Buddhist temple. Built by the Emperor Ly Nam De in the sixth century, it has been an oasis of calm and tranquil beauty in the city for over 1,400 years.

The most striking feature is the main pagoda, 11 levels high and surrounded by a house for burning incense and a museum crammed with historic relics. You’ll also find a Bodhi tree in the grounds, grown from a cutting from the original tree in India that Buddha sat under and gained enlightenment. 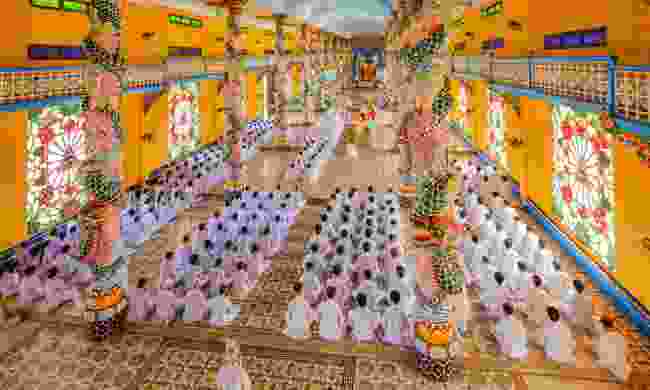 Sitting 100km north-east of Ho Chi Minh City, the Cao Dai Temple is a kaleidoscopic flurry of colour, symbols and ideas and the seat of the Cao Dai religion.

Formed in 1921 on the basis that all religions are basically the same, Cao Daists combine Hinduism, Judaism, Zoroastrianism, Buddhism, Taoism, Confucianism, Christianity and Islam into a single monotheistic religion.

The temple at Tay Ninh is the centre of the Holy See, where devotees come to worship in long, flowing white robes. The priests are easy to spot, as they don blue or red robes, instead. Bishops have the Divine Eye, the most important symbol of the religion, embroidered on their headpieces. 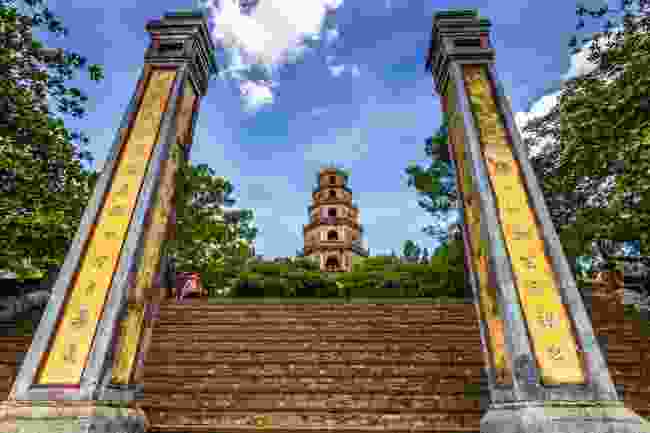 Also known as the Pagoda of the Celestial Lady, Thien Mu is set on top of a hill just outside the city centre. It’s 21m-high octagonal tower offers breathtaking views of the Perfume River and the Imperial City, and has become the unofficial symbol of the city.

In the early 60s, the pagoda became a hotbed of political protest, a focal point for the disenchantment of the Buddhist majority with the rule of President Ngo Dinh Diem. It was the home monastery of Thich Quang Duc, the monk who self-immolated in 1963. Famously, he left the temple and headed to Saigon, parked on the road, stepped out of his car, and set himself on fire. At the temple, you can see the old Austin he drove. 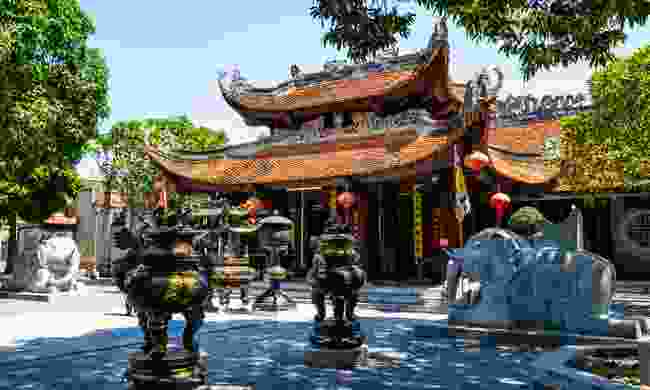 Part of a vast complex of Buddhist temples and shrines built into the limestone Huong Tich mountains, the Perfume Pagoda is also the site of an annual religious festival which draws large numbers of pilgrims from across Vietnam.

First built in the 15th century, the pagoda is surrounded by thick forests and fast-flowing streams. Make sure to visit Huong Tich Cave, which houses a small temple and is a popular pilgrimage spot. The entrance to the cave is said to resemble the mouth of a dragon. 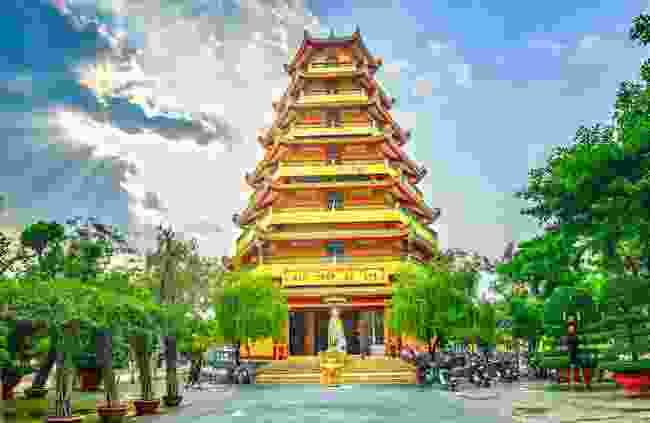 The golden glow of the Giac Lam Pagoda (Shutterstock)

Despite being built in 1744, Giac Lam Pagoda is still the oldest Buddhist temple in Ho Chi Minh City. It is also arguably the brightest: a beacon of gaudy yellow rising above the walled gardens that surround it.

Giac Lam Pagoda also boats a Bodhi tree, as well as a Buddha relic, kept on the top floor of the pagoda. The ceremonial hall houses a large statue of Amitabha Buddha, surrounded by five smaller carvings. And there’s a brass bell, popular with the city’s elderly. Ring it, and your prayers will be answered. 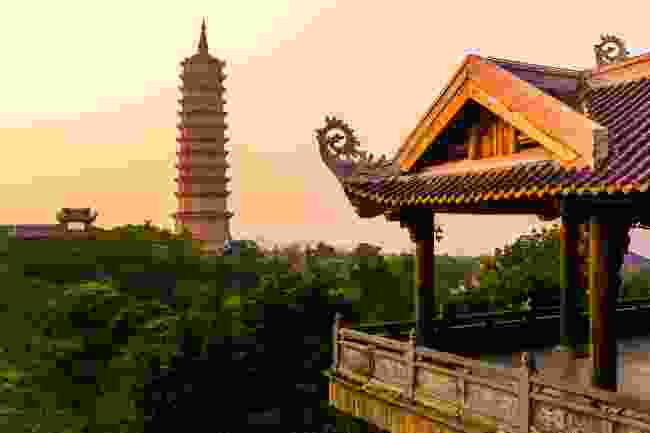 An intriguing mix of old and new, the buildings range from ancient temples, tucked away in caves, to the pagoda itself, 32m high and offering incredible views across the valleys and mountains. The bronze statue of Buddha Shakyamuni inside Phap Chu Temple is 10m high, weighs 100 tons and is recognised as Vietnam’s largest statues. Look for the quests of people lining up to pay their respects and have their fortune told by the resident monks. 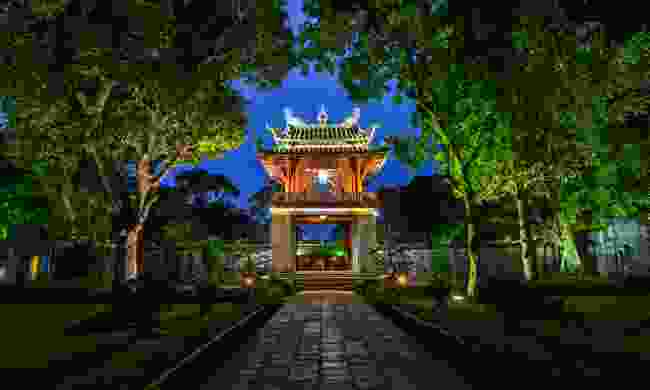 The Temple of Literature at night (Shutterstock)

Built in 1070 to honour Confucius, the Temple of Literature in Hanoi is also home to the Imperial Academy, Vietnam's first national university. It is regarded as one of the finest examples of traditional-style Vietnamese architecture and is one of Hanoi’s most popular attractions.

It is certainly the place to come if you are a deep thinker. The grounds house a Lake of Literature, a Well of Heavenly Clarity and libraries with shelves groaning under the weight of ancient texts, as old as the Temple itself. Visit early to avoid the crowds. Unsurprisingly, this picturesque temple is a popular backdrop for wedding and graduation photos. 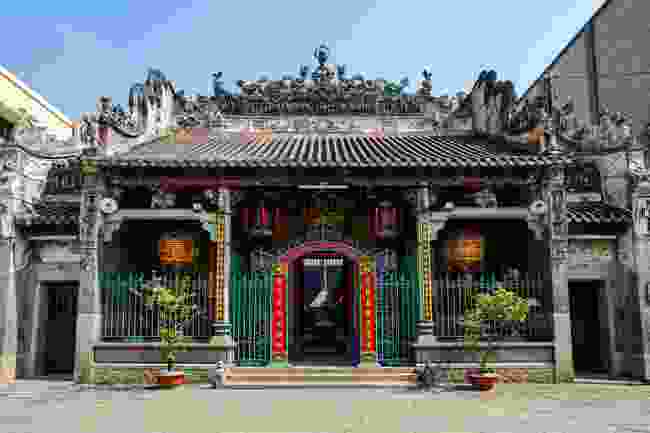 Although it looks old, the Emperor Jade Pagoda was only built at the turn of the 20th century. Also known at the Tortoise Pagoda, it was built by the local migrant Cantonese community who worship the Mahayana branch of Buddhism. It is regarded as one of the Ho Chi Minh City’s five most important temples.

Naturally, it's always busy, which perhaps explains its venerable air. There is a constant hum of locals praying, making votive offerings of flowers or lighting candles and joss sticks. 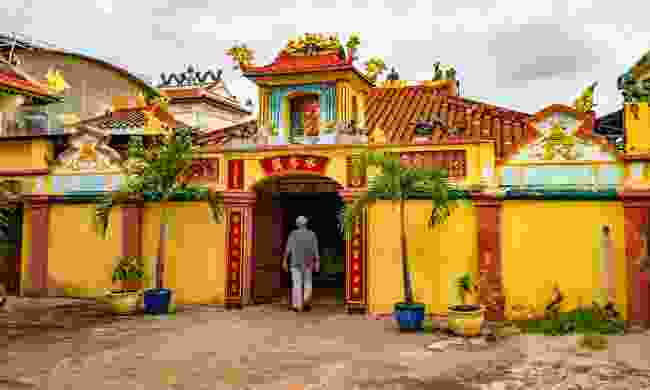 Known locally as the Whale Temple,  Van Thuy Tu is the oldest temple in Phan Thiet and one of the few dedicated to Nam Hai, a God whose presence is felt in hundreds of whale skeletons.

Located on Ngu Ong (Whale Street), the temple houses the skeletal remains of more than 500 whales, presented over the years by local fishermen and displayed behind the alter. There are also fishing boats, conical hats and authentic artefacts from the Nguyen Dynasty. The pride and joy, however, is a 22m-long whale skeleton, believed to be the biggest in South-East Asia.

Other things you must do in Vietnam: