Monty Halls on the Galapagos Islands, overtourism and the joys of family travel

Following on from his latest TV series, the presenter and marine biologist’s new book My Family and the Galápagos highlights the draws and challenges of this unique archipelago...

What made you decide to write the book? 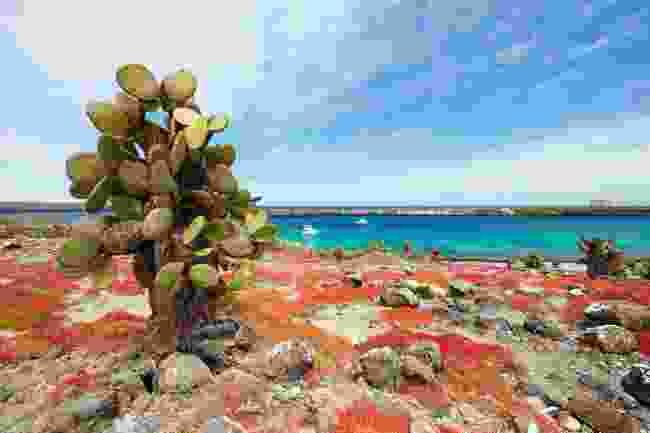 Gerald Durrell was a huge hero of mine and I’m an ambassador for the Durrell Wildlife and Conservation Trust, so that relationship has always been really strong for me. Gerald's book, My Family and Other Animals, was this amazing piece of work and inspired a whole new generation.

I’m not saying My Family and the Galápagos is anywhere in the same league, but for me personally to travel with my family to a place that was so precious to me and so iconic, and to have the chance to write a book about it, was an absolute treat.

It’s the easiest book I’ve ever written. They asked me to write about 80,000 words or so about our adventures out [in the Galápagos] and after 110,000 words, I was still going. The book covers the story of the islands and the rise of this next generation who are super motivated and empowered to make a difference, but it was quite a personal thing as well.

What was your aim when writing it?

It was partially a diary – they’re always great fun when you get into them. I became a dad at 45 so watching these two primates growing up is fascinating.

I always really enjoy writing about what the girls do – their observations and the way they behave – but the Galápagos are such an important set of islands and they’re also a benchmark for the way we behave around the rest of the world.

They were set up as a UNESCO World Heritage Site in 1978, so they’ve had the highest level of protection that we as a species can offer any area. If we can’t get it right there, we’re in a spot of bother elsewhere. I think it’s quite important in terms of writing about the conservation status of the islands and the challenges and the issues they’re facing out there in terms of the context of the wider world.

We need to keep an eye on the Galápagos. It’s a measure of what else is happening around the world.

What makes the Galápagos so special? 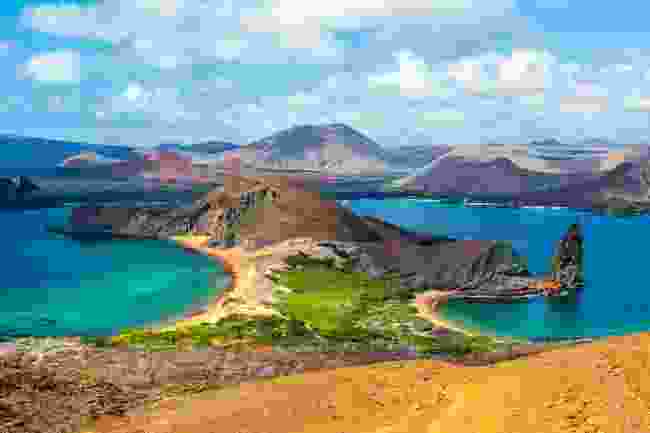 Bartolome Island in the Galápagos (Shutterstock)

We throw around the expression unique, but the Galápagos is completely unique.

It’s got the highest level of endemism [totally unique species you don’t get anywhere else] of pretty much anywhere else in the world. It’s 600 miles off shore, and it’s a set of volcanic islands, so you genuinely see things there you don’t see anywhere else.

The other thing is the way the wildlife behaves. Darwin commented on this in 1835 when he visited. When he arrived, he was drinking from a cup and a mockingbird landed on the lip of the cup. The animals were just completely apathetic to the presence of people. They didn’t show fear or aggression. We were just another species that had appeared on the scene. That’s magical.

People find it amazing. They feel part of the bigger picture there, part of a wider ecosystem and it’s life altering. People find it utterly bewitching and utopian. In terms of the larger picture, it’s also the home of evolutionary science.

It’s a a place we’ve all seen a million times on our TV screens, because there’s so many TV shows about it, and I think that combines to make it a real bucket list destination. But with that comes a bunch of problems, as well.

What are the challenges?

At the moment, it’s just the sheer number of people visiting the islands. When it was set up as a World Heritage site in 1978, UNESCO said it could have about 10,000 visitors a year and now there’s 300,000.

I would never say 'don’t visit the Galápagos', but I would say 'travel well, travel responsibly'. Invasive species out there are a massive issue so when you travel make sure you’re not bringing anything in with you.

Ideally, you don’t want to be island-hopping. All that does is transmit invasive species from one island to another. Pick your tour operator really carefully, and make sure they’re genuinely contributing towards conservation efforts.

With a bit of planning and a bit of foresight, you can make sure you’re interacting with the environment in a positive way.

Our top conservation guide Pablo Valladares was your guide. What was he like? 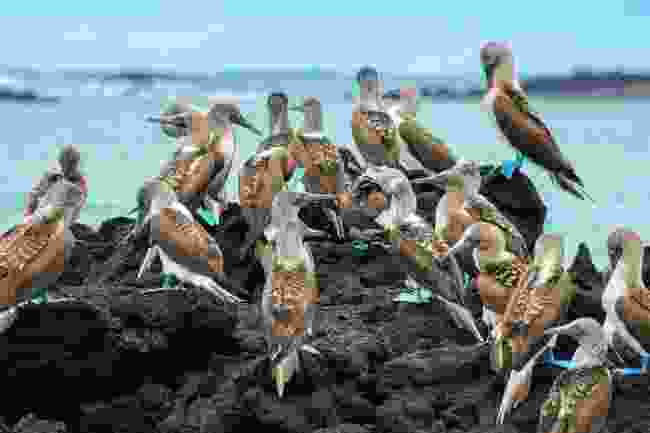 We lived on the island of Isabela for two months in Puerto Villamil, which is his home. He was not only our guide but our mentor, confidante and friend. He is a shining example of why we should be optimistic about the future of the islands.

He is just this force of nature, but we met loads of people like him – advocates who had decided they’re going to make a difference in the Galápagos. He is a terrific guy, an amazing communicator. His passion for the islands and the wildlife runs really deep.

You’re tripping over blue-footed boobies – they’re everywhere, but I remember him getting super excited watching one.  Every animal he sees, it’s like the first time he’s ever seen it. That enthusiasm transmits itself to everyone he meets.

What is the impact of having a guide like Pablo?

The guides are really knowledgeable and it massively enhances it. You have to have a guide with you in the national park, and keep in mind that 97% of the Galápagos is national park.

We’re all a little bit guilty of trophy hunting with our cameras. Everyone wants to take a billion pictures, but with someone like Pablo you don’t do that. You take less photographs because you’re listening to him and learning about the animals. Plus, you’re employing a local person and injecting money into the economy.

You first visited in 2001. What made you want to go back?

When you visit, you touch on the islands, on the extraordinary wildlife, on the wider story, terrain and history and then you leave. I wanted to do something to try and help conserve the islands and I wanted to learn more.

How have the islands changed since you first visited?

20 years ago, they were in trouble because the influx of visitors was just starting to really increase and there wasn’t the infrastructure [to handle it].

Going back now there is a lot more footfall, but the infrastructure is now there to deal with those visitors. The number one change is the sheer number of people.

Is it a good place to travel with your family? 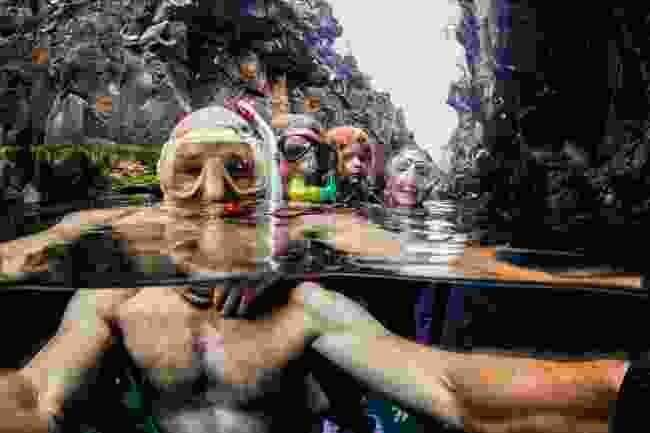 Monty with his children in the Galápagos (Monty Halls)

Definitely. It’s life-altering for little ones. My daughter Isla called it a crazy fantasy place, and it is.

It’s somewhere where the animals don’t run away, where you walk down the road and you see a sea lion and an iguana, giant tortoises and blue-footed boobies and then you look over at the sea and see sharks swimming around.

The infrastructure is pretty good in terms of smaller people, too. There’s probably no better place in the world for introducing young people to wild environments, to create a mini marine biologist or environmentalist.

What was the most memorable experience for you and your family?

For Isla, she went on a shark tagging trip and that was incredible and for Molly, we got her snorkelling this time. Getting in the water into this world with turtles, sea lions and fish was seminal for her.

For me, it was the first time putting Isla In the water and a turtle coming up to meet her and the same with Molly. It’s a big moment as a parent when you introduce your kid to a new world. My wife Tam got to put a leg ring on a rare species of mockingbird and that was a very profound experience for her.

Who were the stars of the show in terms of wildlife in the Galápagos? 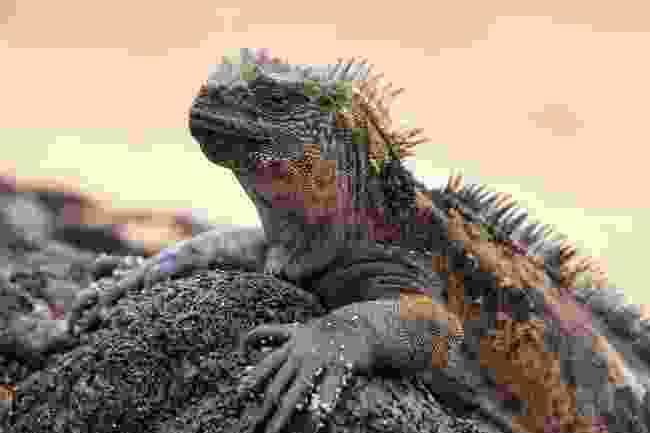 Probably the marine iguanas. They emerged my favourite animals. They’re everywhere. Darwin hated them. He called them “imps of darkness,” but they’re incredible animals, incredible survivors; the only marine lizards.

They’ve got incredible adaptations. They can shrink their skeletons by up to 20% when food is short. And they’re very synonymous with the Galápagos.

What is your hope for the future of the archipelago?

All the problems are being acknowledged and there is this new generation coming through who are super mobilised; super committed to doing something about it.

And you’ve got incredible individuals like Pablo leading the effort so I’m more optimistic than I was.

Why should people read the book?

The TV series is the edited highlights. There’s only so much you can get into it. The book is entertaining. Anyone who travels to the equator with two red-headed kids is going to have a bit of a time of it.

Should people still visit the Galápagos?

There’s a really interesting school of thought that says the way to protect the most delicate environments on Earth is to send tourists there.

It gives them value, it makes sure they’re patrolled and that they’re protected for years to; it makes sure money is injected into the local economy. You should travel there, as long as you travel well. 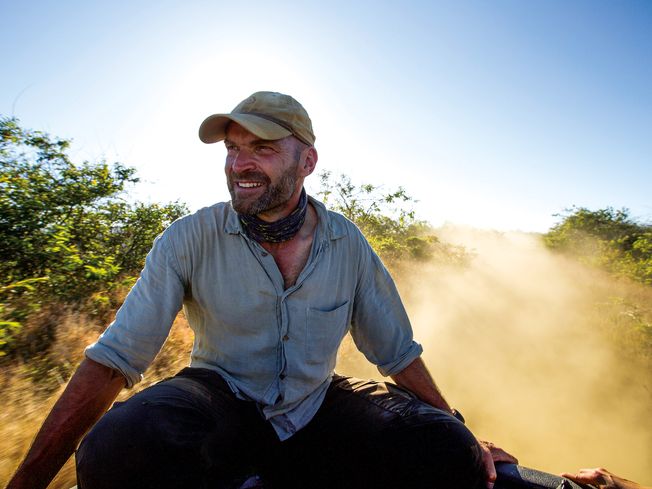 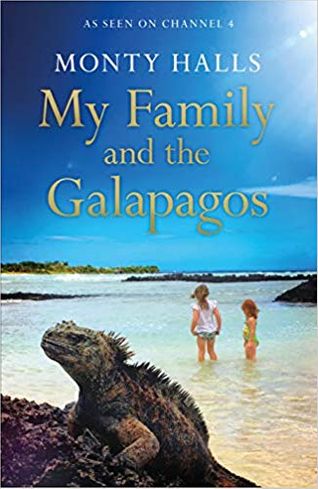 My Family and the Galápagos by Monty Halls, is available to buy now.

You can also catch up with the TV series, also called My Family and the Galápagos, on All 4 now.