Michael Kenna: “I am not in control.”

Renowned black and white landscape photographer Michael Kenna on singing Beatles songs in Japan, exploring France, photographing the unseen, and his time in the priesthood

How do you go about capturing the ‘spirit’ of a place, rather than just the look of a landscape?

I don’t make any elaborate preparations before I go to photograph, and I try not to make specific, conscious decisions ahead of time about what I’m looking for. I look for some sort of resonance, connection or spark of recognition in whatever subject matter I meet. Essentially, I find locations, usually by walking. I explore, never knowing ahead of time whether I will be in these places for minutes, hours or days.

For me, approaching subject matter to photograph is a bit like meeting a person and beginning a conversation. How do I know ahead of time where that will lead? Curiosity is important. So is a willingness to be patient, to allow a subject matter to reveal itself.

Are the results often surprising?

Surprises sometimes happen. There have been many occasions when interesting images have appeared from what I had considered uninteresting places. The reverse has been equally as true. I fully accept that I do not have the answers. I am certainly not in control, and I like that. 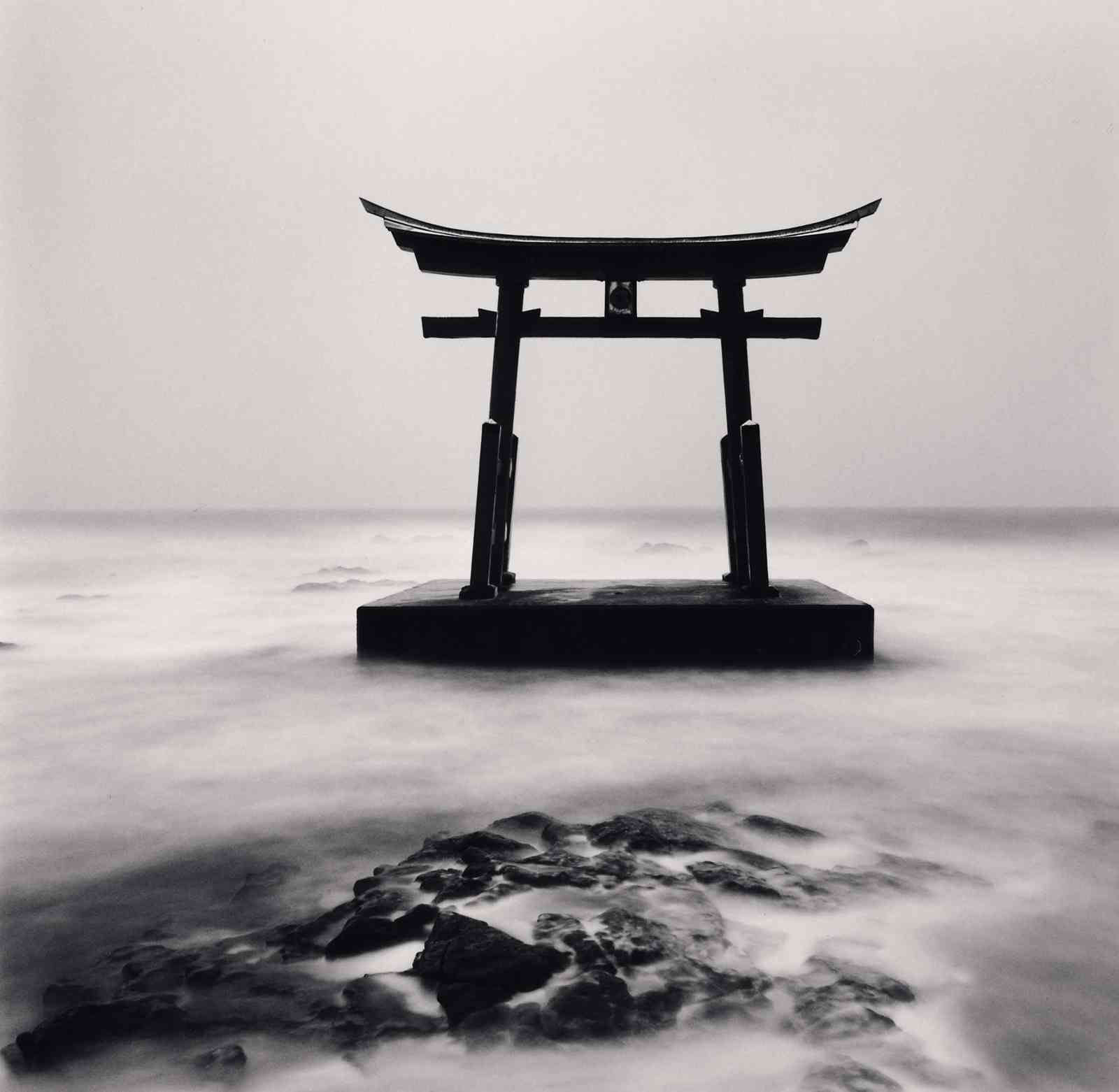 You’ve been photographing Japan for nearly 30 years. What is it that keeps drawing you back?

There’s something mysterious and wonderfully alluring in the Japanese land. It’s visually manifested in the omnipresent interactions between water and earth, and in the constantly changing seasons and skies.

There’s reverence and honour towards the land, symbolized by the ubiquitous Torii gates. The shrine is often an integrated part of the landscape, a place to rest, meditate and perhaps escape for a few moments from the complications and noise of our fast-paced modern lives.

Japan is also a volatile place, sometimes unpredictable and potentially dangerous, with typhoons, earthquakes and tsunamis possible, as we’ve recently witnessed. It’s a country where the land is alive and powerful. I believe living in Japan accentuates an awareness of the fragility and beauty of our transient world.

Are there any particular areas you enjoy spending time?

I’ve found Hokkaido in the north to be a particularly intriguing place - gently seductive, dangerously wild and hopelessly romantic. Visually, it’s been a paradise on earth for me: a veritable winter wonderland. Surrounded by water and home to exquisite lakes, graceful mountains and countless majestic trees, photographic subject matter is ubiquitous. Culturally, Japan’s one of the world’s most unique countries. Have you had any interesting experiences?

Far too many. One of my absolute favourite movies is Lost In Translation. I particularly liked the sequence in the karaoke bar, as it reminded me of many similar adventures. My guide in Hokkaido taught me karaoke songs by Yujiro Ishihara, a well-known Japanese singer. I’d practice in the car on our road trips. Later, in karaoke bars, it was surprising to me how warm and friendly people became once I sang one of these songs. I could have free drinks all night as long as I sang either Yujiro or Beatles duets with everybody - a very useful skill to have in Japan.

France is another place you’ve been photographing for 30 years. Why there?

France is very close geographically to my home country of England and has so much to offer. I have photographed there more than in any other country.

Brought up in England, I suppose I come out of a European tradition. My first photographic masters were Eugene Atget, Bill Brandt, Mario Giacomelli and Josef Sudek, among others. They are all romantics at heart, concerned with photographing a feeling as much as documenting external reality.

Eugene Atget, for example, inspired me to photograph the Le Notre Gardens in and around Paris. His dedication to photographing Paris all his life taught me that nothing is ever the same - the same subject matter can be photographed in many different ways and in different conditions. 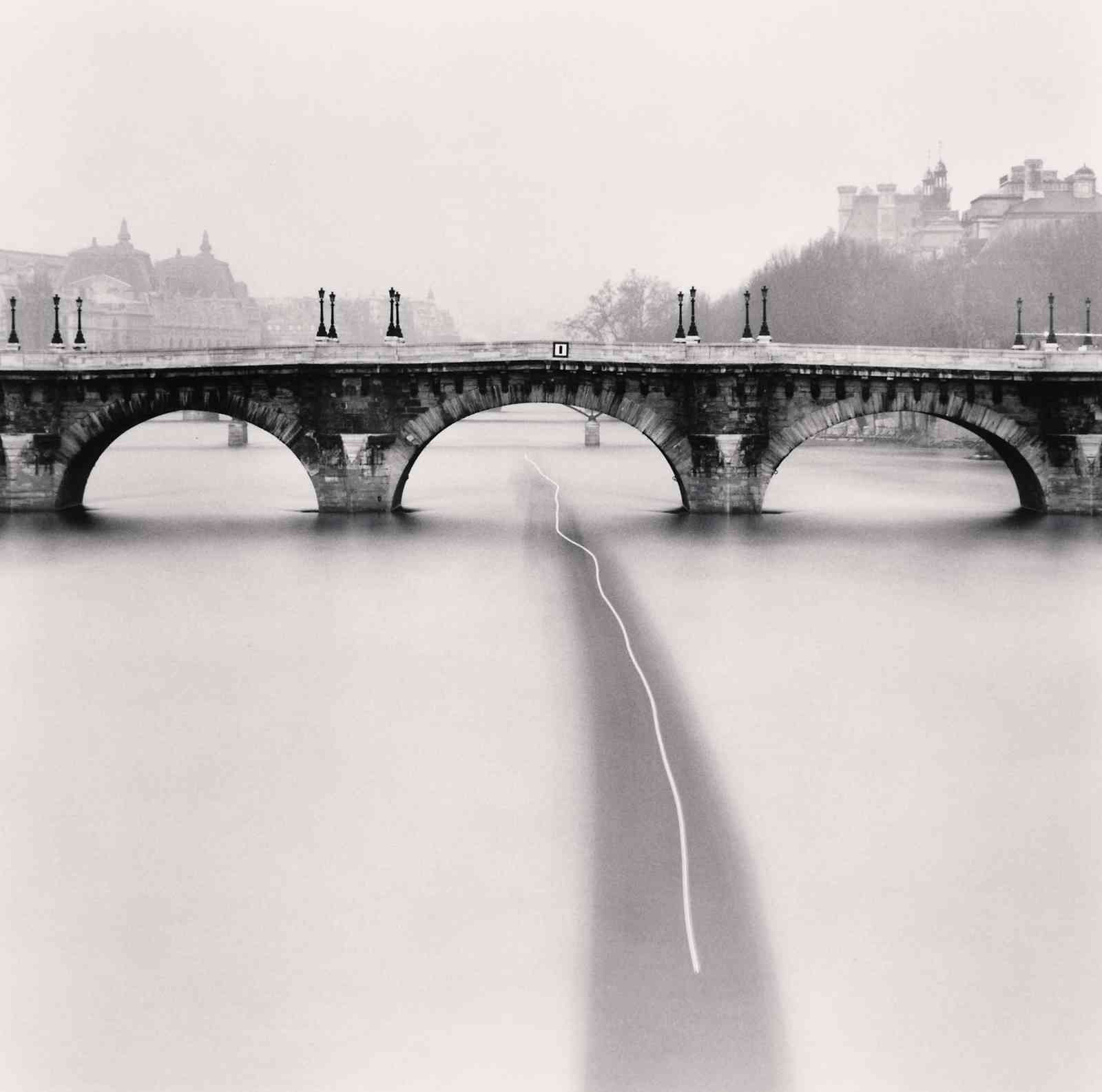 Is part of your love of photographing about getting out into nature at different times of the day and night?

Yes. At the beginning of my photographic explorations, I preferred to photograph in the early morning. I liked the calm and peacefulness, the lack of people around, an escape from the constant chatter of normal life. Morning light is often soft and diffused.

On a very personal level, in my younger days, I was drawn to religious rituals. I spent a good deal of my childhood in the local Catholic church, serving as an altar boy. Later, I spent seven years in a seminary boarding school, studying to become a priest. Fundamental to Catholicism is the belief in a God - hidden, unseen, but always present. Perhaps because of these early influences, I think that, no matter what’s visible in front of the camera, I am usually trying to hint at what is unseen.

Looking back, many of my images also involve pathways, boardwalks or roads that lead to unseen and unknown destinations. Whatever belief system we might have, nobody actually knows where we come from and where we’re going to. There are many different theories. The theologian Paul Tillich wrote something that stuck with me: “Doubt is central to faith.” Faith without doubt becomes dogma - at least, that’s the way it seems to me. Dogma is anathema to creativity - and religion for that matter.

How is the process of photographing at night different than in the day?

During the day, when most photographs are made, we normally view scenes from the vantage point of a fixed single light source: the sun. At night, the light can come from unusual and multiple sources. There can be deep shadows that act as catalysts for our imagination. There is often a sense of drama, a story about to be told, secrets revealed, actors about to enter onto the stage… Photographing at night gave me added potential for creativity during the day. Your Rouge book has just been reissued, featuring photos of a car factory outside Detroit, Michigan. How did that project come about?

I was born and brought up in what might be described as a poor, working class family in Widnes, a highly industrial town near Liverpool in northwest England. Childhood experiences obviously have a great influence on your life, and, as a boy, even though I had five older siblings, I was quite solitary. I was content for the most part with making up my own adventures and acting them out in local parks and streets. I liked to wander in train stations, on rugby grounds, along canal towpaths, in empty churches and graveyards…

The industrial landscape that surrounded me was a strong influence on later projects. Even though I didn’t use a camera at the time, I suspect this period was ultimately more influential than the time I later spent in art and photography schools.

Early in the 1980s, having photographed landscapes and urban landscapes for about 10 years, I began to photograph the cotton and wool mill towns of Lancashire and Yorkshire, and later the Avonmouth Docks near Bristol, the Ratcliffe Power Station in Nottinghamshire, the Calais Lace Factories in France….

The Rouge project began as a homage to Charles Sheeler. I often make ‘pilgrimages’ to sites where other photographers have worked.

Do industrial landscapes have the same appeal for you as nature?

I wasn’t particularly excited about my first visit to the Rouge. It was only after I processed the film and saw the results that I realized what tremendous potential there was in this industrial complex.

Parts of the Rouge were active and quite dangerous, with moving cranes, trains, and enormous containers of molten steel and slag. Other parts were disused and quiet, rusting and decaying, with vegetation growing around abandoned machinery. Ships would come in and out the harbour. The scenery constantly changed depending on the conditions. Sometimes my cameras would freeze to the point where they stopped functioning. You often work with film and use long exposures of 10 hours or more, and you also experiment in the dark room. Is each photo result difficult to predict?

I began to work at night in the mid-1970s, which was the start of my fascination with long exposures. Photographing at night was exciting because it was unpredictable. It was a surprise to see the results every time I processed film. During a time-exposure, the world changes; rivers flow, planes fly by, clouds pass and the Earth’s position relative to the stars is different. This accumulation of light, time and movement, impossible for the human eye to take in, can be recorded on film. Real becomes surreal, which is wonderful.

Those long exposures must take some patience.

I’m often asked what I do during long exposures, which can go on up to 12 hours. Apart from the obvious answer - sleep - I return the question: “Why do we need to do anything?”

It reminds me of that lovely saying, “Don’t just do something - sit there.” It is a rare luxury to have the time to appreciate the present, to watch the stars trace through the sky as our planet moves, to witness a full moon slowly rising or setting…

Would it be impossible to get the same results with digital as you do with film?

Having worked with film cameras for well over 40 years, I’ve not yet fully embraced the digital medium. I remain 100 per cent analogue and print all my work in a traditional darkroom. But I do believe every photographer should choose materials and equipment based on their own vision.

Personally, I don’t desire instant gratification in photography. It’s the long, slow journey to the final print that captivates me. I prefer the limitations, imperfections and unpredictability of that world - the same results, quite possibly, but the journey to get there would, I suspect, be quite different.

For more on his books, including Michael Kenna: A Twenty Year Retrospective, Hokkaido, and Night Work, see michaelkenna.net