The UNESCO-listed city in south-western Malaysia offers visitors one of the world’s most wonderful cultural sensory overloads...

To walk down Jalan Tukang Emas (Goldsmith Street) in Melaka is to experience just about the most intense concentration of religious heritage in Asia, if not the world. Head south past the Chinese Cheng Hoon Teng (‘Green Cloud’) temple, established in 1645 and thus the country’s oldest functioning temple, and the smell of incense will barely have dissipated by the time you get to the Kampung Kling Mosque, built originally in wood by Indian Muslim traders in 1748. Time it right and the call to prayer will still be ringing in your ears when you reach the vibrantly coloured Sri Poyatha Moorthi, one of the oldest intact Hindu temple in Malaysia, founded in 1781. These three places of worship are all on the same road – unsurprisingly nicknamed ‘Harmony Street’.

The Malaysian government used to market its country as ‘Malaysia, Truly Asia’, which encompasses a complex concept with beautiful simplicity. The slogan alludes to the fact that the South-East Asian country is home to three of the world’s major races: Malay, Chinese and Indian. This makes for a calendar packed with religious festivals and a cuisine as diverse as they come.

A combination of cultures

Nowhere is this amalgamation more visible than in Melaka, as the Malaysian government refer to what was Anglicised as ‘Malacca’. The number of culturally significant sites around ‘Dutch Square’ is almost overwhelming. As if Chinese, Malay and Indian heritage wasn’t enough, colonisation by the Dutch and Portuguese in the 16th century wove European threads into the cultural tapestry. You’ll find the Sultanate Palace, dedicated to Malay culture and constructed traditionally without nails; Chinatown’s Jonker Street night market, serving chicken satay and coconut shakes; South-East Asia’s oldest Dutch building The Stadthuys, now home to the Museum of Ethnography; and the Portuguese A Famosa fortress, built in 1512; all roughly within the size of Wembley Stadium.

Read next: When can I travel to Malaysia? Reopening date announced 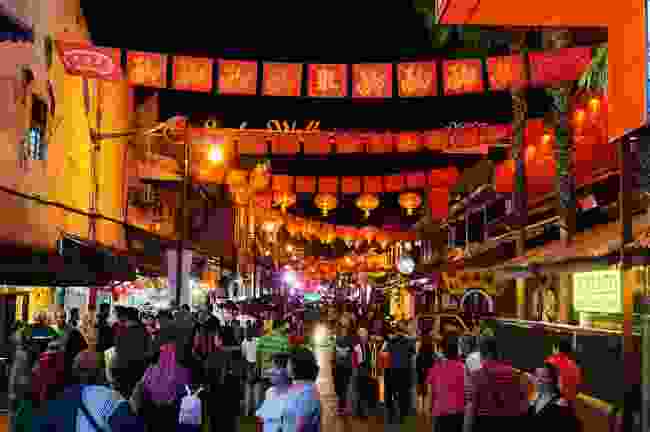 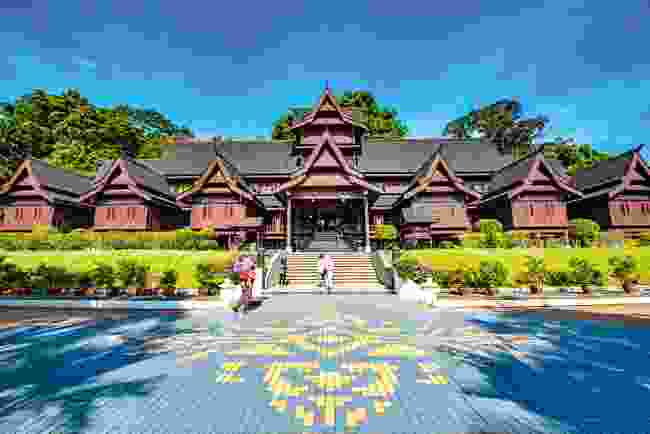 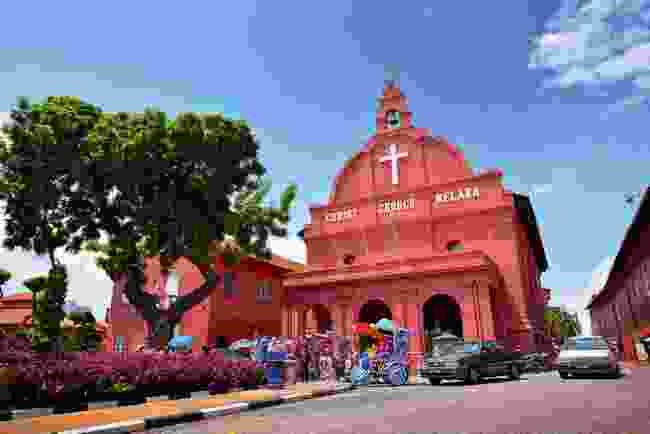 Christ Church in Dutch Square was painted that distinctive red in 1911, with other buildings adopting the colour scheme (Shutterstock)

The city’s best museums, by comparison an arduous five-minute walk away, include the Muzium Rakyat (People’s Museum), which is home to the governor’s personal painting collection and the sometimes gory Museum of Enduring Beauty. Note: that’s ‘enduring’ as in ‘suffering’, not ‘everlasting’ – think cultural body modifications. The Maritime Museum charts the growth of the city from the Malay Sultanate via Portuguese and Dutch colonisation up to the arrival of the British, and it’s housed within a full-size replica of the Portuguese ship Flor de la Mar, which was plundered and shipwrecked in 1511. The Baba & Nyonya Heritage Museum depicts the history of Chinese Malays, who are locally called ‘Baba’ or ‘Nyonya’ (depending on their sex) or ‘Peranakan’, through displays of ornate porcelain and furniture. The genealogical differences between these descendants of the first Chinese settlers and descendants of later immigrants are summed up in the local phrase ‘orang Cina bukan Cina’ (‘a not-Chinese Chinese person’).

During the statement revealing that Melaka was to become a World Heritage Site, UNESCO noted that the town has “a unique architectural and cultural townscape without parallel anywhere in East and South-East Asia”. The only surprise about that announcement was that it came as late as July 2008; by this time, Melaka had been a bastion of cultural confluence for 500 years, dating back to when nearby Singapore was little more than a fishing village.

As the story goes, during the struggle for power over the Malay peninsula in the 14th century, Prince Parameswara of Sumatra fled to the mouth of the Bertam river. His son, Iskandar Shah, was out hunting near the modern-day Melaka Hill when a local mouse-deer stood up to fight against the hunting dogs and drove them into the sea. This act of heroism inspired Shah and he asked his father to found a settlement there, named after the melaka tree under which he had been resting. After a whistle-stop tour of Melaka’s cultural assault, a sit down under a nearby tree might be a good idea for any visitor.

Getting there: Fly direct from London Heathrow to Kuala Lumpur with Malaysia Airlines (from £650 return); 13hrs flight time.

Getting around: Frequent and (overly) air-conditioned buses run from Terminal Bersepadu Selatan (TBS) in the south of Kuala Lumpur and arrive at Melaka Sentral station. The journey takes 1 hour 50 minutes; see easybook.com for timetables and prices. You’ll need a taxi to take you from the station to the centre of Melaka (20 minutes) but once you are near Jonker Street, everything is within walking distance.

When to go: The temperature is approx 30°C throughout the year; the dry season runs from March to October.

Accommodation: The Majestic is a restored 1920s mansion with porcelain flooring, teakwood furniture and rolltop bathtubs. Local Peranakan influences are embraced in the restaurant and spa therapies such as the guava leaf body scrub. Doubles from £107; majesticmalacca.com

Discover the Jesuit Missions of Paraguay