On a journey to Nagaland on the Indo-Myanmar border, British travel writer Antonia Bolingbroke-Kent encounters a local tribe and learns all about the centuries-old tradition of headhunting… “I was about 20 when I went for my first headhunt,” says the old man, his beetly eyes bright with the memory. “I remember running back to the village with my enemy’s head in a bamboo basket, and showing it to all the girls. I felt so proud and happy.”

Headhunting – and no, we’re not talking ‘searching for business executives’ – used to be rife among the Naga tribes, a Tibeto-Burman people who inhabit the mountainous tract straddling the Indo-Myanmar border. Until a few decades ago, there was nothing a lusty Naga warrior adored more than returning from a raid on a nearby village with a bloody basket of freshly taken heads. Heads, they believed, were the dwelling place of the soul and hence receptacles of great power: the more of these grisly prizes a village had, the greater fertility and good fortune it’d enjoy.

The British – nominal rulers of these jagged, tiger-riddled hills from the mid-19th century until 1947 – did their darndest to outlaw the practice, but without much luck. Headhunting was simply too embedded in the Naga way of life. 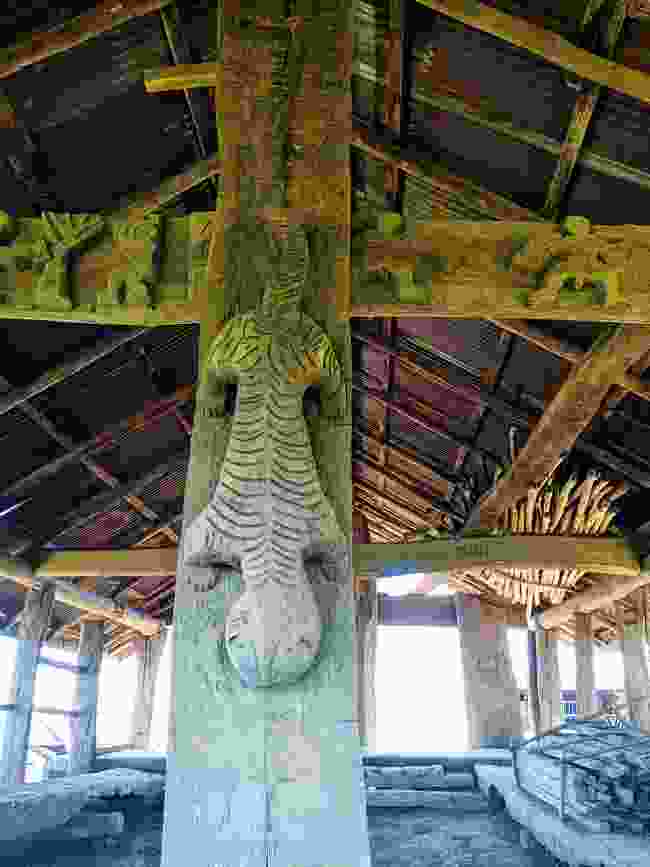 “After a successful headhunt we brought the heads to the morung, fed them rice beer and hung them up,” Langtoyimlok tells me in a voice like a pair of old bellows. “Sometimes the spirits of the dead would wake us up at night, but that only made us want to kill more enemies. After six days we took the heads down, peeled off the skin and flesh and decorated them with buffalo horns.” I study his impish features as he talks, imagining him gleefully peeling the skin off a week-old head.

The morung, or men’s dormitories, used to be at the heart of Naga society. Grand, decorous buildings occupying defensive hilltop positions, they were where the young men slept, prepared for war and learned the tribe’s traditions. Although 99% of the Naga are now Christian, many of the morungs still stand: the one we now sit in is carved with elephants, a tiger and naked Naga warriors.

Two fire-blackened deer skulls hang from a wooden beam, a nod to the human trophies that once dangled from the same spot. Outside, a white Baptist church towers over the village’s palm-thatched huts.

The last known headhunt took place in 1989, in a village just 32km from where we sit. But the Naga are still embroiled in a decades-long fight for their independence – a conflict that has killed an estimated 200,000 since the early 1950s.

“Life is easier now; we don't have to guard the village and we live without fear” Although an official ceasefire was signed in 1997, the situation remains unresolved. During my two-month visit, Naga insurgents attacked an Indian Army post and tensions over peace talks had led to a heavy army presence throughout the state. Military convoys clogged many of the roads and soldiers patrolled on foot, rifles at the ready.

In the 1950s Langtoyimlok had been a Naga soldier himself. “That’s when I became Christian,” he tells me. “God spoke to me, saying he would save me from the bullets.”

Is life better now? “Yes – when we became Christians we began to love each other and we stopped headhunting,” he replies. “Life is easier now, we don’t have to guard the village and we live without fear.”

How life has changed here. When Langtoyimlok was born, Nagaland wasn’t even a state, just a wild, mountainous tract piercing the skies between the Brahmaputra and Chindwin rivers. Polygamy and headhunting lay at the heart of Naga society and they inhabited a complex pantheon of spirits. Langtoyimlok’s ancestors were all ala-menli, men and women said to be able to communicate with tigers. His father, Yanglak, was often seen talking to a tiger; when a hunter shot the animal, Yanglak died soon afterwards. Now there are no more ala-menli and men who once sang lusty war songs sing “Praise the Lord!” instead.

As we leave, I ask my young translator if he’s interested in these old stories. “We’re too busy with our studies to sit around and talk to the old people,” he shrugs. At this, I feel a pang of sadness, for soon these old headhunters will all be gone, and their stories and knowledge will be buried with them.

More dispatches from past Wanderlust issues:

The joy of Madagascar's traffic jams