Strike a pose: the world’s most mysterious, intriguing and terrifying mask festivals

Adding colour, menace and not a little anonymity, masks are the mainstay of festivals around the world. For some festivals they are front and centre and cause for celebration in their own right 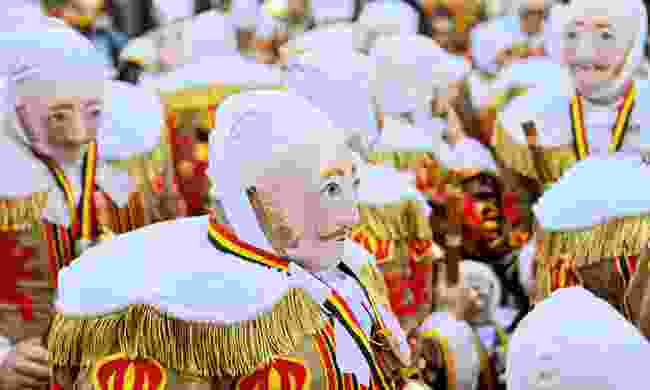 This Shrove Tuesday procession through the town of Binche in Belgium sees thousands of masked characters called Gilles sweep through the town square throwing oranges at onlookers, culminating in a firework display.

The Gilles wear masks based on characters created by local 19th century journalist, Adolphe Delmee. Belgium has a history of mischievous carnival characters, and the wax-masked Gilles are amongst the most notorious. Having said that, if you catch the orange they maliciously throw at you, it is meant to bring you luck. 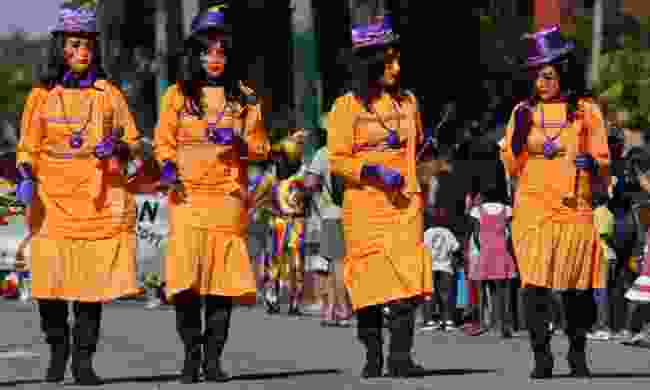 In the week after Epiphany, in the lead up to Ash Wednesday, the town of Cayenne in French Guiana hosts one of the spiciest mardi gras in the Caribbean, with a cacophony of music and dancing and evenings of traditional fish broth and tangy shrimp.

The highlight, however, is the appearance of the touloulous, incredibly glamorous masked women, named after the colourful crabs that hide in the sand in these parts. Resplendent in silks and satins, the women flirt with impunity, leading the crowd in merriment until dawn. 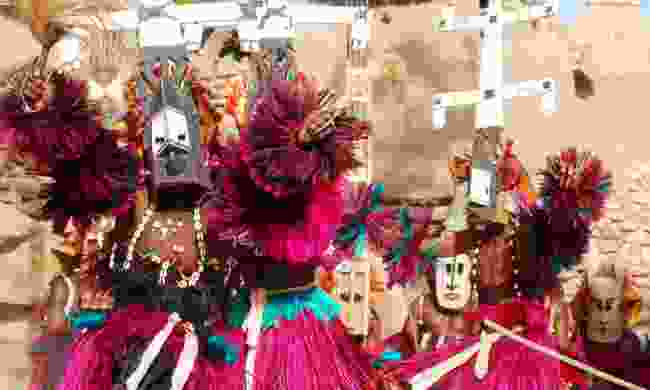 Dogon masks are world-renowned for their intricate craftsmanship. For the Dogon people of Mali and Cote D’Ivorie they serve a spiritual purpose, warding off evil or guiding the souls of the dead.

The Fete des Masques is held in villages across Dogon territory in Mali in April or May every year to celebrate harvest and to commemorate the spirits of the dead. The festival features masked dancers, some on stilts, acting out morality themes important to the Dogon people.

Don’t expect to see the masks again. Each one is created specifically for the occasion and never used again. 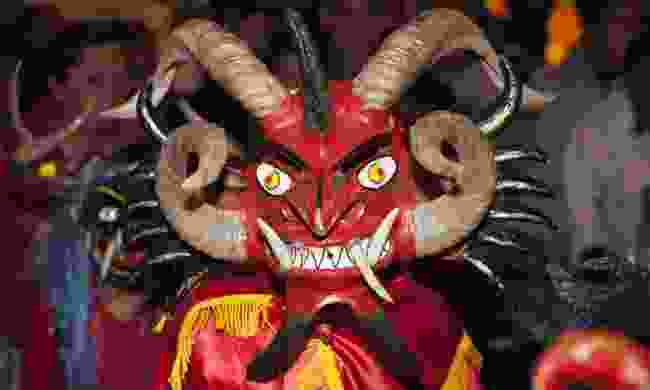 The devil in Puno (Dreamstime)

The Catholic church in South America quickly recognised the potential of using masked characters to frighten locals into following their doctrines. La Diablada, a dramatic masked dance held on the shores of Lake Titicaca the week before 5 November, combines Christian morality with traditional pagan dances of the region.

After running through the town and scaring the bejesus out of locals, the devils undergo repentance of a kind, signifying the triumph of good over evil. 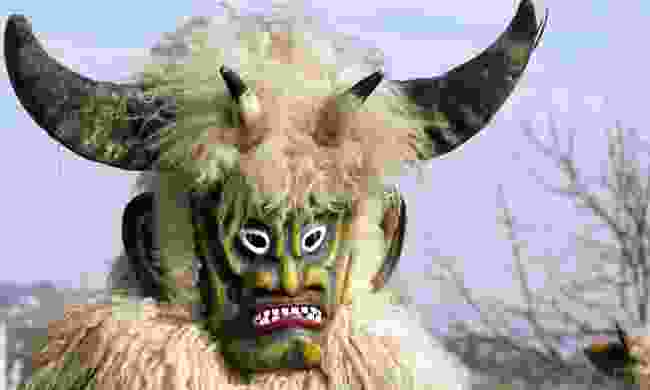 The Kurentovanje Festival, held in the Slovenian town of Ptuj over the 10 days leading up to Shrove Tuesday, is a happy occasion of concerts, balls and colourful processions, designed to usher in the warmer months of spring. The stars of the festival are the Kurents, hairy creatures in sheepskin costumes and grotesque masks, whose job it is to scare away winter.

The masks are considered to be major folk art in Slovenia, with only two master mask-makers remaining. The biggest masked parade in held on the second Saturday before Shrove Tuesday. 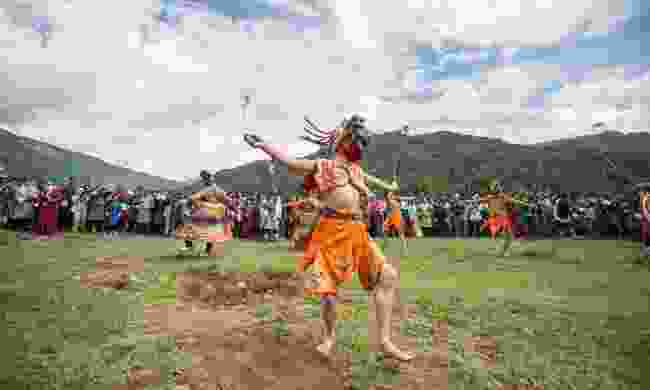 Each year, around the 10th day of the 3rd lunar month, thousands of pilgrims descend upon the 16th-century monastery of Paro Dzong for a five-day dance festival in honour of the founder of Buddhism, Padmasambhava.

Monks wearing masks representing demons, deities and historical characters perform dances on historical and religious themes, accompanied by horns and repetitive drums. The dances are dazzling, the setting magnificent, and it all culminates in the unfurling of the monastery’s gigantic silk thangka. 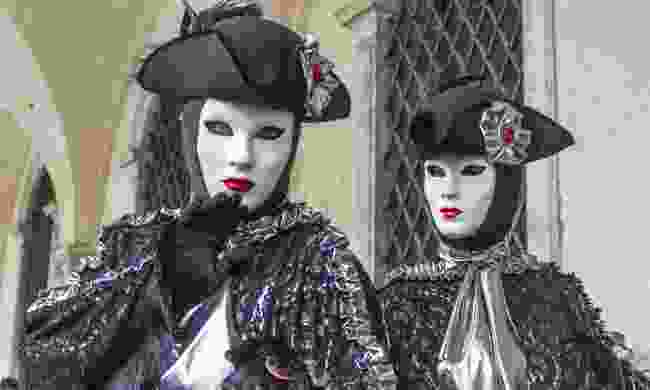 The mask of carnival in Venice (Dreamstime)

Held each February, in the run up to Lent, Carnevale di Venezia starts with a religious procession through St Mark’s Square. Now one of the most famous masked festivals in the world, the sight of thousands of people wearing delicate masks made from leather, glass or porcelain is certainly one to behold, especially against the atmospheric backdrop of this grand old city.

Carnival in Venice dates back to the 13th century, when the masks allowed notable citizens to cavort with anonymity. It fell into decline in the 18th century before a revival in 1979 met with great success. The hedonistic balls, held in the impressive palazzos of the city, are back too.