Mark Carwardine: “We haven’t learnt the lessons of the past”

As the zoologist and BBC presenter’s new book comes out, Phoebe Smith chats to Mark Carwardine about whales, good guides and the current state of wildlife conservation...

Your new book is all about whale watching in North America. Is that one of the best places in the world to do it?

There are commercial whale watching trips in 119 countries around the world, but North America is far and away the most popular destination. There are tours to suit every taste, from comfortable one-hour excursions to adventurous three-week expeditions.

You can spend a day watching bowhead whales in the golden light of the midnight sun off Baffin Island, tickle a friendly grey whale under the chin in Baja California, Mexico, listen to a live concert of singing humpback whales in Hawaii, follow a family of killer whales against the spectacular backdrop of Vancouver Island, and so much more. 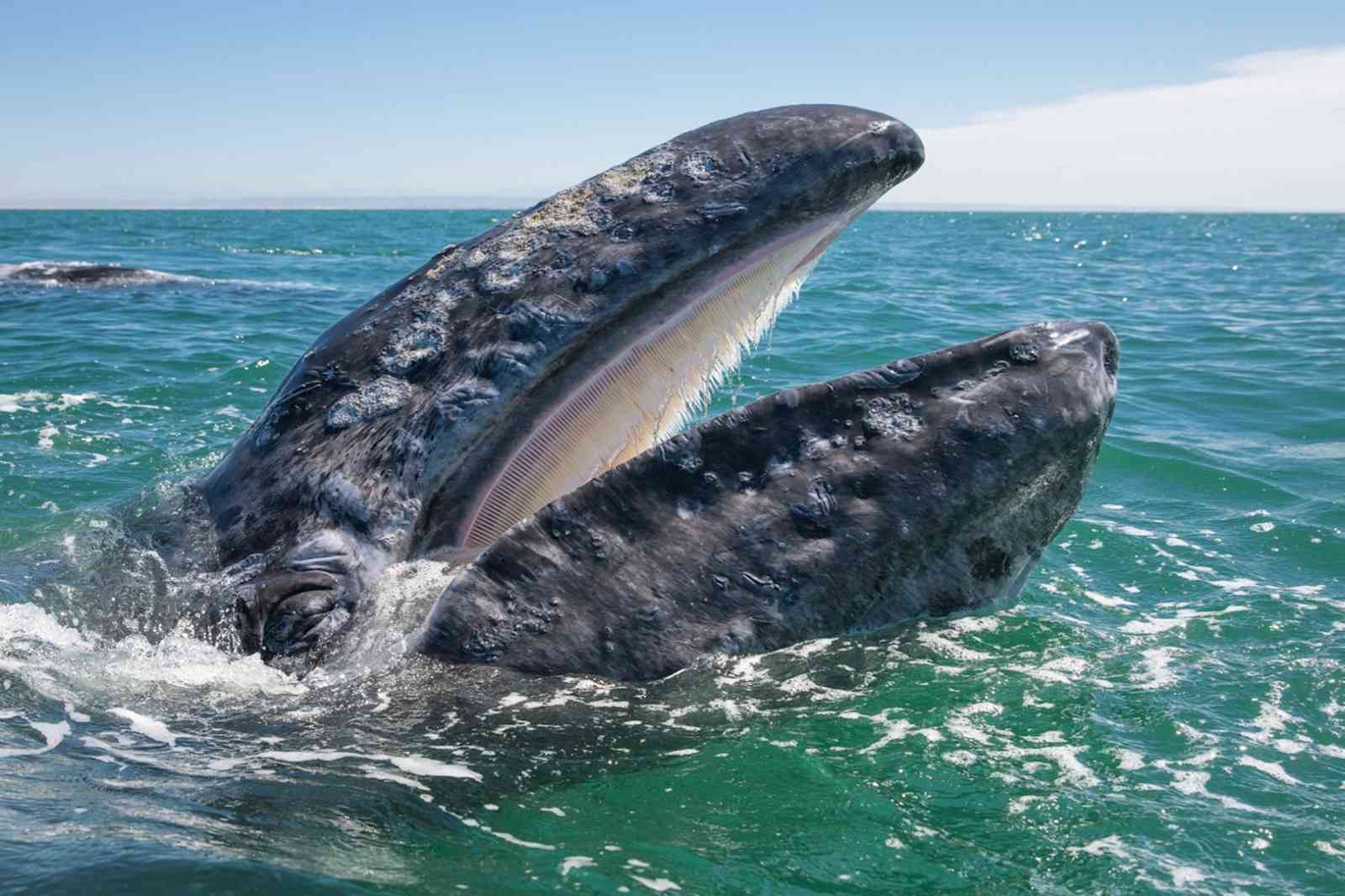 That wasn’t always the case though, was it? Whales were hunted to near extinction. I’ve heard that some still bear the harpoon scars.

Yes, literally millions of whales have been killed over the years, so many that a number of species nearly went extinct. The good news is that some populations are showing signs of recovery.

But what’s shocking and outrageous is that we still haven’t learnt the lessons of the past. Japan, Norway and Iceland persist in hunting whales in the North Pacific, North Atlantic and the Antarctic, in blatant defiance of world opinion and of a long-standing moratorium on commercial whaling.

Yet whales trust humans again, so that people can get close enough to see them, don’t they?

Yes, it’s humbling. The most extraordinary example is in a handful of lagoons on the Pacific coast of Baja California, Mexico, where grey whales go to breed. They literally nudge the sides of the small whale-watching boats, and lie alongside waiting to be scratched and tickled.

It’s hard to believe that these very same whales once had a reputation for being ferocious and dangerous. They were hunted ruthlessly and fought back, chasing the whaling boats, lifting them out of the water like big rubber ducks, and smashing them to smithereens. Now they treat us like old friends.

How did whale-watching start in North America?

The first ever trips were in the early 1900s, when humpback whales in British Columbia became an attraction for trail-blazing tourists from Vancouver. Sadly, the enterprise was short-lived, because whalers wiped out the local population. So it officially started in the mid-1950s, when San Diego fisherman Chuck Chamberlin put out a sign that read “See the whales - $1” and began to take people out to see grey whales migrating past the city. What’s the best way to see them today?

There are so many ways. You can watch them from the air, from the shore, or from a host of different vessels, including yachts, rubber inflatables, motor cruisers, research boats, kayaks and expedition cruise ships. In places like Hawaii or Monterey, you could even watch them from your hotel bed.

We saw you take Stephen Fry out to see the blue whale in Baja and you run several trips there each year. Would you say that’s the best place to see them in North America, or is there somewhere that tops it?

It’s quite hard to compare, because all the places and experiences are so different. I’m biased, because I love Baja so much, but it’s certainly one of the best places for variety. Monterey Bay comes pretty close. But then many other places are really good for particular species: Baffin Island for narwhal, Banderas Bay for humpbacks, the Bay of Fundy for North Atlantic right whales, the San Juan Islands for killer whales, and so on. We’re spoilt for choice.

If people are thinking of signing up to a whale watching trip, what sort of questions should they be asking to make sure the trips are being done responsibly?

It is sometimes easy to forget that we are uninvited guests in the world of whales, dolphins and porpoises, and we have a responsibility to cause as little disturbance as possible. Fortunately, many whale watch operators really care about the whales and do a great job. They are well versed in whale etiquette and put the welfare of the animals before everything else.

Others, unfortunately, are not so careful. Make sure the operator has a knowledgeable naturalist on board and ask if they adhere to local whale watching regulations or guidelines.

How about a humpback whale in front of the Manhattan skyline? A small population spends the summer feeding just beyond Coney Island and there are trips from Queens to see them. Why do you like whale-watching so much? Surely, if you’ve seen one breaching you’ve seen then all?

I’m utterly addicted. I have to see a whale at regular intervals just to survive normal daily life. I will never see enough.

I’m not alone. No fewer than 13 million people go on commercial whale watching trips every year. A close encounter with one of the most enigmatic, gargantuan and downright remarkable creatures on the planet is a life-changing experience for most people. You’d have to be a lump of rock not to be moved by them.

Whichever one I’m watching at the time. I never think “Oh, it’s only a such-and-such.” But if I had to pick, the blue whale would be up there, not least because it’s almost as long as a Boeing 737. I love watching killer whales and getting to know their soap opera-like families, and I have a special place in my heart for narwhal. They’re such extraordinary animals with their long tusks, and so challenging to see.

Douglas Adams (who you did Last Chance to See with) famously described the aye-aye lemur as looking like it was put together from bits of other animals. If you could create the ultimate whale from other marine mammals what bits would it include?

Gosh, I think it’s already been done. Thirteen-million-year-old fossils recently found in Peru reveal what can only be described as a killer sperm whale. Both its jaws were lined with teeth up to 14 inches long, giving it the biggest bite of any known mammal. It probably fed on other large whales. Imagine bumping into one of those while you’re having a quiet swim.

We all want to capture that iconic ‘whale tail in the sunset’ shot on camera. Do you have any tips on taking incredible photos when whale watching?

The trick is to be ready for the unexpected. Whales rarely give you advance warning before they do something spectacular, although, ironically, you can normally predict when they are about to lift their tails high in front of a sunset. So keep your camera out and be ready to shoot at a moment’s notice. You’ll soon be judging our World Guide Awards again. As a whale-watching guide yourself, what qualities do you look for in a good guide?

You’ll be doing a talk about conservation at Birdfair (and obviously are known for the book and TV series of Last Chance To See). How would you sum up the current state of conservation? Are there any good news stories out there?

I fear for the future, to be honest. A great many individuals and charities are doing wonderful things for wildlife, and, of course, there are some impressive success stories. But most politicians just do not get it.

Our government has an appalling environmental record, and our so-called leaders should know better. Conservation is not just a side issue, supported by a few bunny-hugging weirdos, but should be a fundamental part of our future planning.

You’ll also be talking about wildlife filmmaking at Birdfair, with the title of your lecture being ‘Should it be more than just stunning armchair entertainment?’ What’s your answer to that?

Personally, I don’t think there is enough conservation on television. There are some phenomenally good nature programmes, of course, but surprisingly few mention any of the threats their wildlife stars are facing.

The BBC seems to think that conservation is a turn off, but I think viewers are genuinely interested, and, besides, it doesn’t all have to be doom and gloom. Just a little comment or mention here and there would be good. That was the thinking behind Last Chance To See. It was a conservation series, but there was a lot of travel and fun along the way.

Mark Carwardine's Guide To Whale Watching In North America is out now, published by Bloomsbury (£17). You can buy it HERE.

Mark is speaking at several events at this year’s Birdfair, which takes place in Rutland Water, England, on August 18-20. See birdfair.org.uk.

Mark is also one of the judges of Wanderlust World Guide Awards 2017. Join Mark, Bill Bryson, the Wanderlust team and the shortlisted guides for the awards ceremony at the Royal Geographical Society in London on October 5. See www.worldguideawards.com for details and to get tickets.

For more on Mark Carwardine, including his whale-watching tours, see www.markcarwardine.com. Follow Mark on Instagram (@MarkCarwardine1) for more of his nature and wildlife photography.