Malta's most intriguing walls and the secrets they hide

From underwater Blue Holes to the Knights of Malta's ancient fortifications, Dr Mark Pullicino reveals the walls you should seek out in Malta and how to unearth the fascinating stories behind them

1: The walls of the Knights of Malta 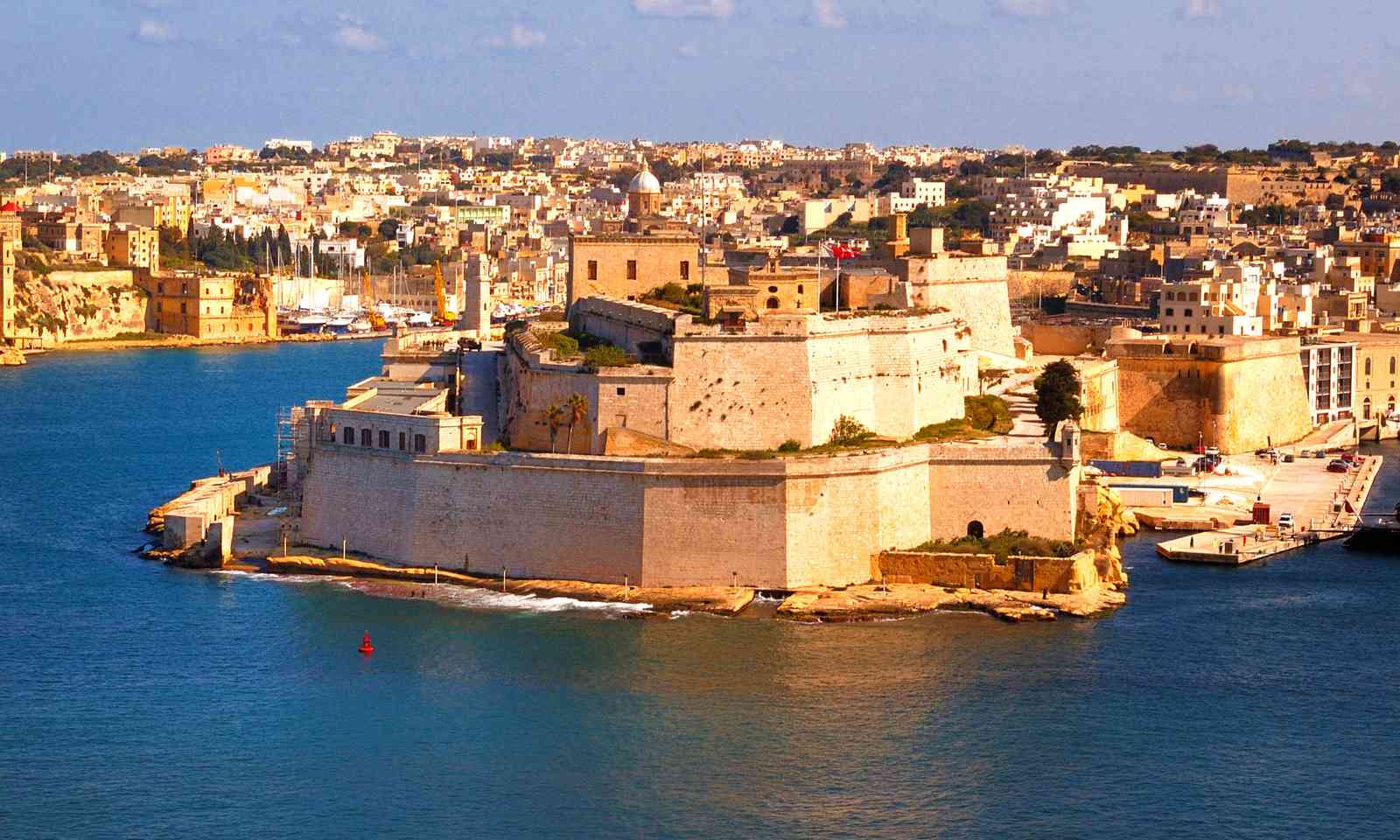 Built in the 16th and 17th century, the magnificent maritime walls around city of Valletta are arguably Malta's greatest historical treasure.

Originally designed to keep out the invading Turks, they were used by the Knights of Malta in the Middle Ages to protect their galleons. Many years later, the US fleet found safety and refuge here from some of the Second World War's worst air attacks.

Today, cruise ships and super luxury yachts of the Mediterranean gather, moored beneath these bastions. The walls make a magnificent photo setting, but if you seek out the quieter corners you'll find remnants of 280 years of history. The walls are the historical and cultural legacy left by the Knights, so much so that in 2018, Valletta is going to be celebrated as European Capital of Culture.

2: The neolithic walls of Hal-Saflieni 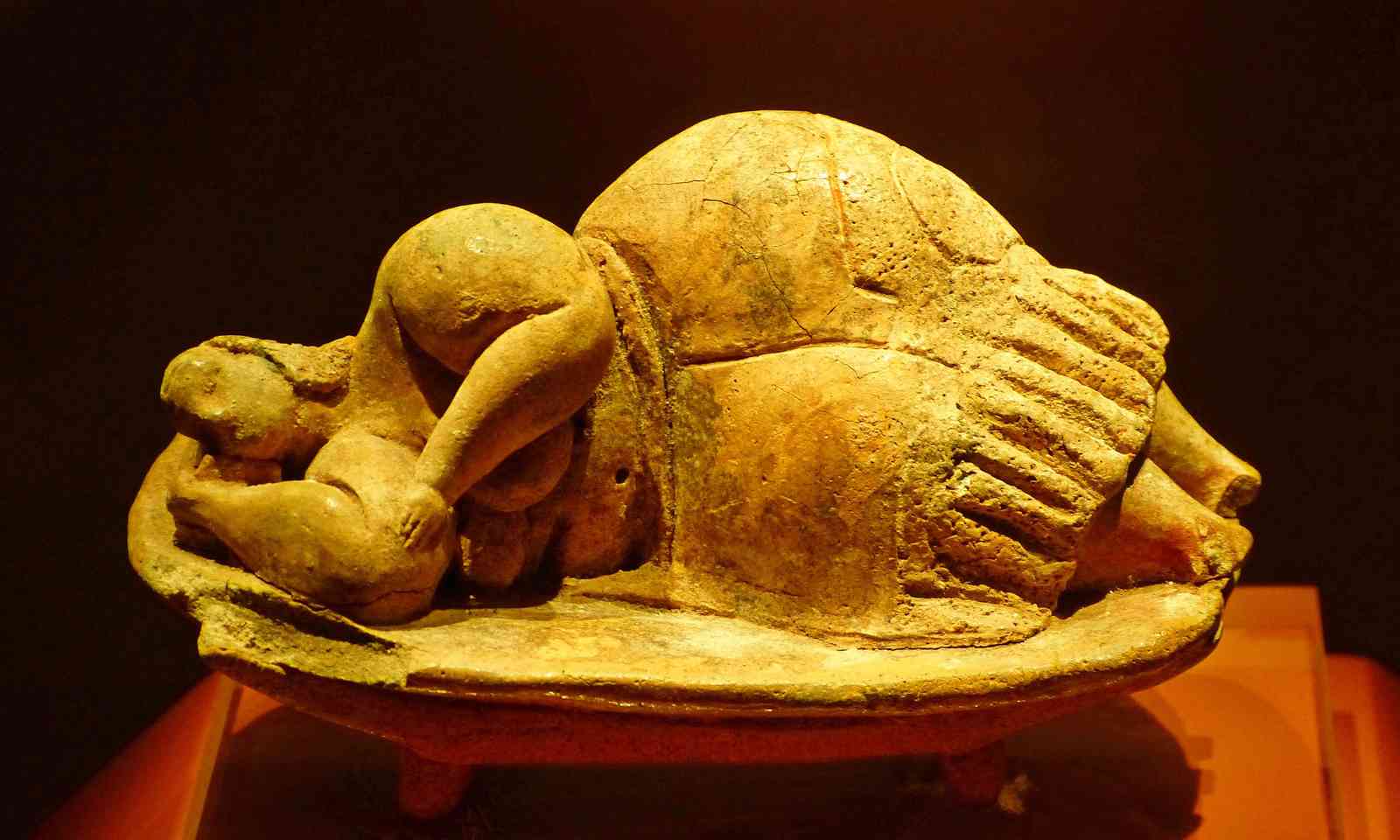 The neolithic walls of Malta date back to 3000BC and are amongst the oldest in the world. The best preserved can be found at the Hypogeum of Hal-Saflieni in Paola. A Neolithic subterranean structure, it was protected from the elements and offers a fascinating insight into a long gone culture.

Look for the stone statues of the 'Fat Goddess'. Large ladies were seen as the ultimate in human beauty, a far cry from today’s thinking.

The several Neolithic temples, with their high, carved walls, are a reminder of similar ones in Orkney and Stonehenge, and a reminder of Europe's historical connections.

3: The medieval walls of Mdina 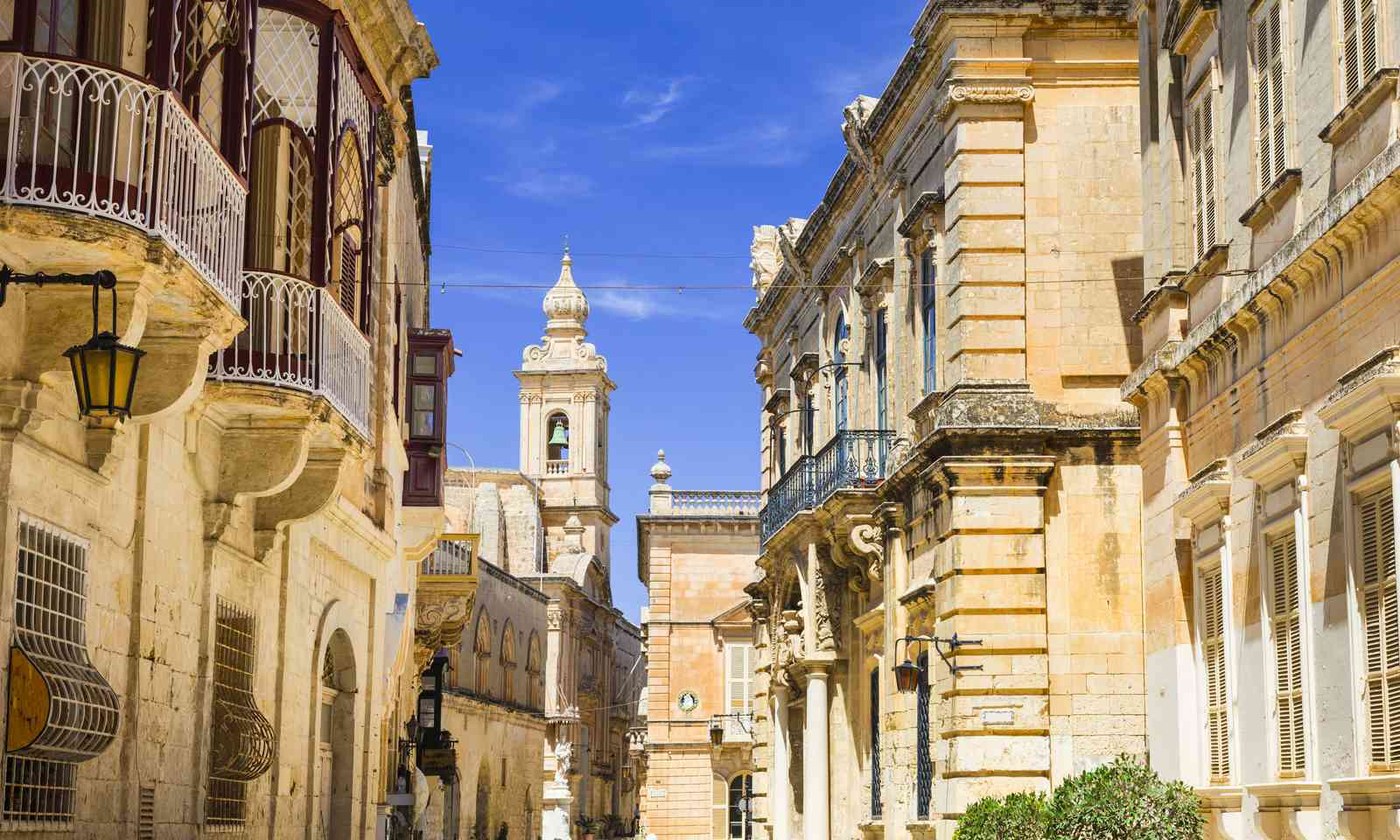 Inside the walls of Mdina (Dreamstime)

Mdina is a fine example of an ancient walled city. It is an extraordinary mix of medieval and baroque architecture, and has always been home to Malta's noble families. It was also where the Apostle St Paul lived after being shipwrecked off the islands in 60AD.

It is also known as the Silent City, an apt name at night when the city sleeps and you can enjoy the narrow streets to yourself.

Seek out the churches, palaces and museums, but save time for a quiet coffee in a quiet corner, the perfect way to soak up this walled city's unique atmosphere.

4: The baroque walls of the Manoel Theatre 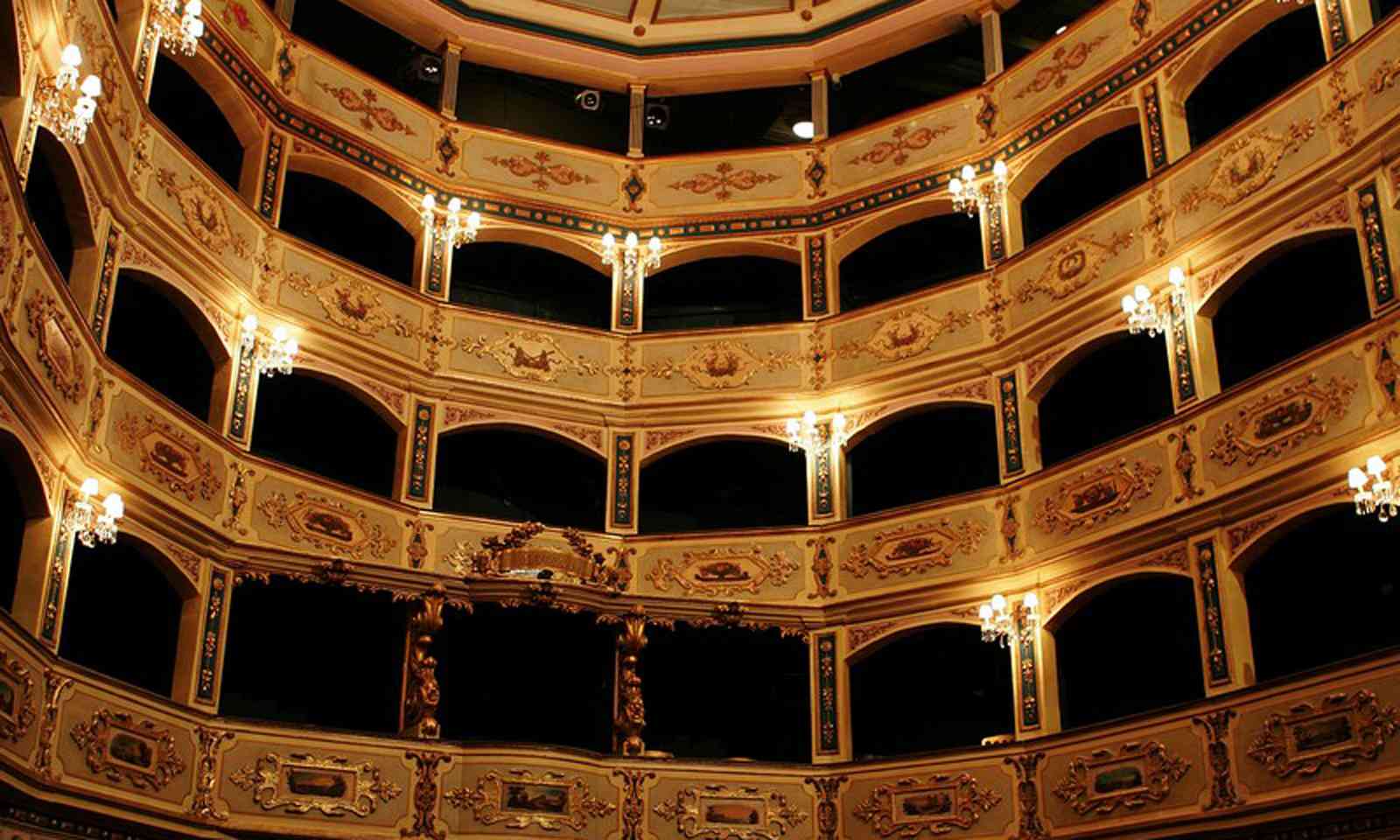 Manoel Theatre in Valletta is one of the oldest theatres in Europe. Named after the Grand Master of the Order of the Knights, it is a baroque gem, with an intimate atmosphere and wonderful acoustics.

The theatre offers a full calendar of events, featuring both local musical talent, as well as international performers. Constructed in 1731, its spectacular interior draws tourists in, regardless of the performance. It is particularly popular with music lovers from Germany, who make a pilgrimage especially to admire it. 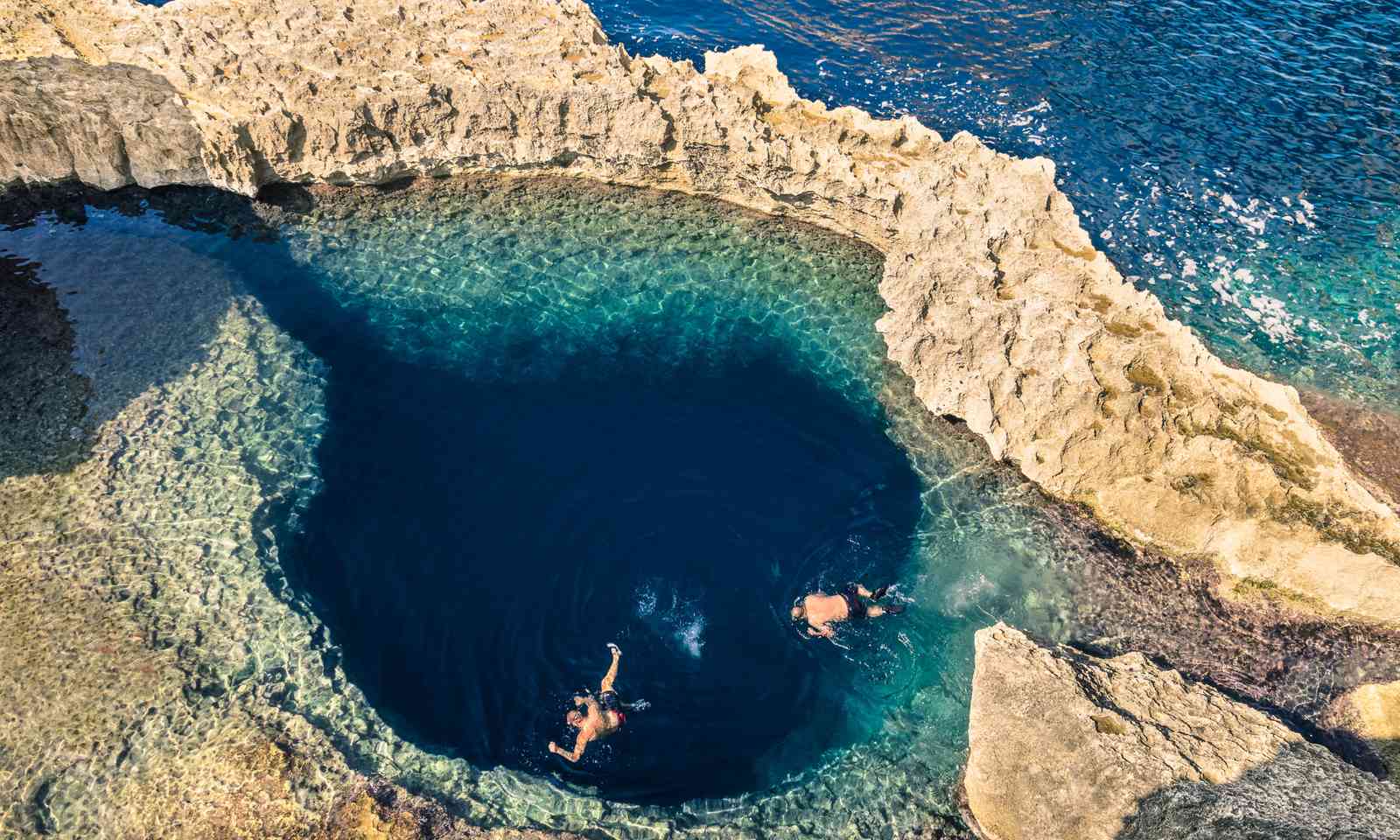 The Blue Hole in Gozo (Dreamstime)

Once you have had enough of history and music, the beaches and waters aroundMalta offer some of the cleanest and bluest waters of the Mediterranean.

As well as offering the chance to swim and sunbath, you should take the opportunity to dive at the Blue Hole in Gozo. Here, you'll find walls of the natural variety.

Cliff walls drop deep into the clear blue waters and create magnificent caves. The rocks form a window emitting the brightest, bluest lighting imaginable. Unsurprisingly, it is rated as one of the Top 10 dive experiences in Europe. Casa Rocco Piccolo is a traditional home in the heart of Valletta that offers a unique insight into life 'behind the walls' of family life in 16th Century Malta.

Open every day except Sundays, it is still used as a family home, having been passed down through the Piccolo family from generation to generation. You will exit through one of the property's bomb shelters, built to house up to 100 people.

If you are lucky, a local Maltese family will invite you behind their home walls and treat you to warm Maltese hospitality. It is a tradition in Malta and not as unlikely as it seems.

Dr. Mark Pullicino lives in Malta and is the author of James Martin, The Maltese Explorer. His latest book, The Obama Tribe Explorer, is published by MPI Publishing and can be ordered now on Amazon.