Ahead of his filmmaking seminar at London's Adventure Travel Show 2015, we quiz Leon McCarron about his new film, what makes a great story on screen, and his tips for aspiring filmmakers...

You and adventurer Tom Allen travel along Iran's longest river by foot, bike and inflatable kayak in your new film "Karun" (debuted at the Adventure Film Festival 2015) – not the easiest methods of transport through a notoriously tricky destination. Why Iran – and why only human power?

Iran's not really on the tourist trail, but that was part of the appeal. Tom has been to Iran a number of times, and knows it quite well, and I've been to a lot of other parts of the Middle East. But Iran is a really unique part of the region: it's very different culturally, religiously, historically – so I was just very keen to see it for myself. When Tom suggested the trip, I was immediately on board.

We decided to go by human power because that's really the best way to immerse yourself. I think if you really want to get under the skin of a country, you've got to travel under your own steam. By walking, using bikes and inflatable kayaks, it seemed like the best way to do it. 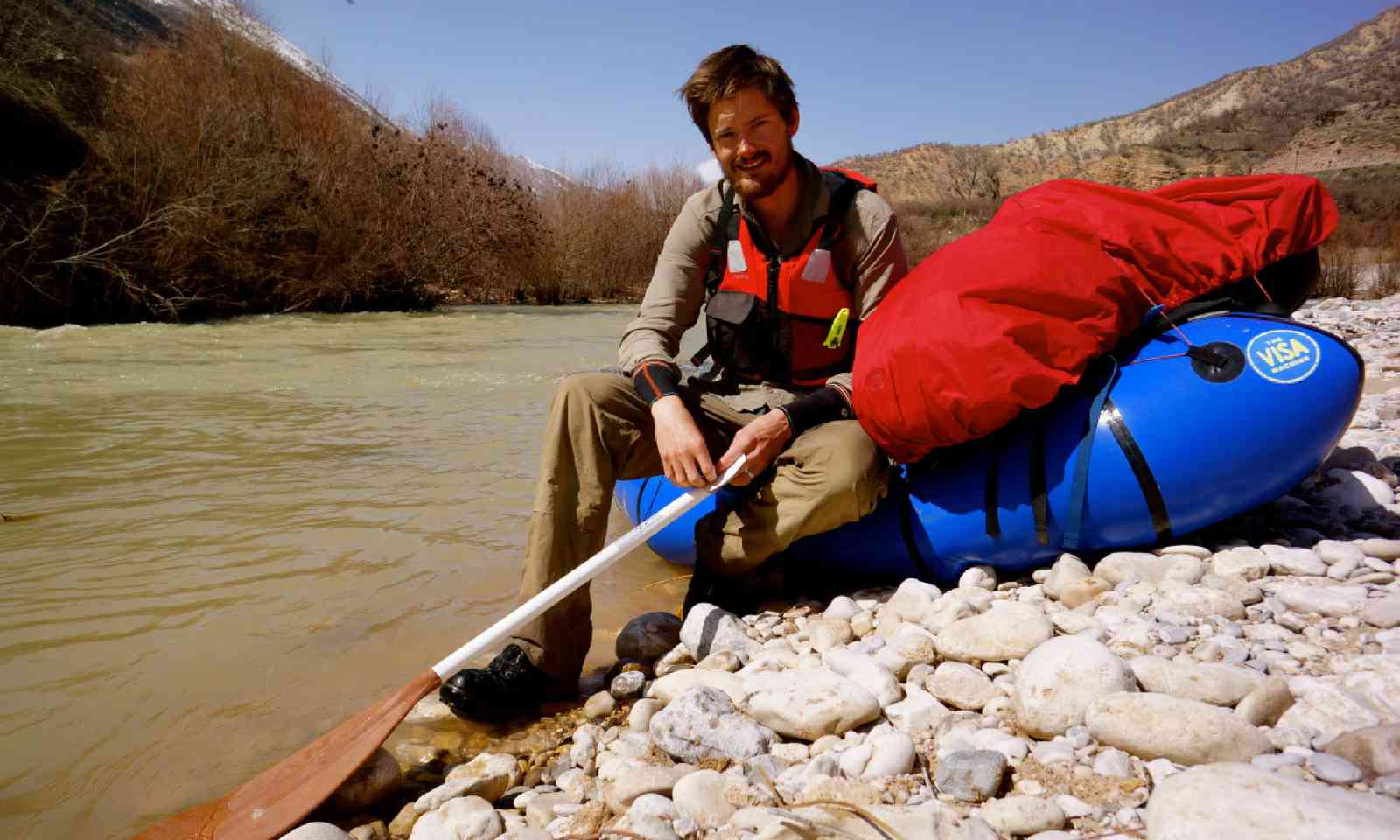 Leon preparing to set off in his inflatable kayak

Do you find that making a film changes the way you travel?

When I first started travelling and going on adventures, it was selfishly driven. And that's great; we all love going out and having wild adventures. But the reason I do them now is because I'm driven to tell the story and share these places and these experiences, and perhaps give a platform to things that wouldn't otherwise be heard.

If you don't love it, film-making is a hassle. You have to put in a lot of work to capture it properly – the worst thing you could do is half-film something. You've really got to commit to it – and so it changes the way you travel. You can't ever really fully engage with someone or with an event because you're always having to think about how you're going to film it. But for me, it's the reason why I'm there, so that's the pay-off I get to share with people.

I still like to do trips that I don't film. And I would encourage anyone who thinks they might like it to try filming an adventure – it's a great thing to do, if just to show it to people afterwards. 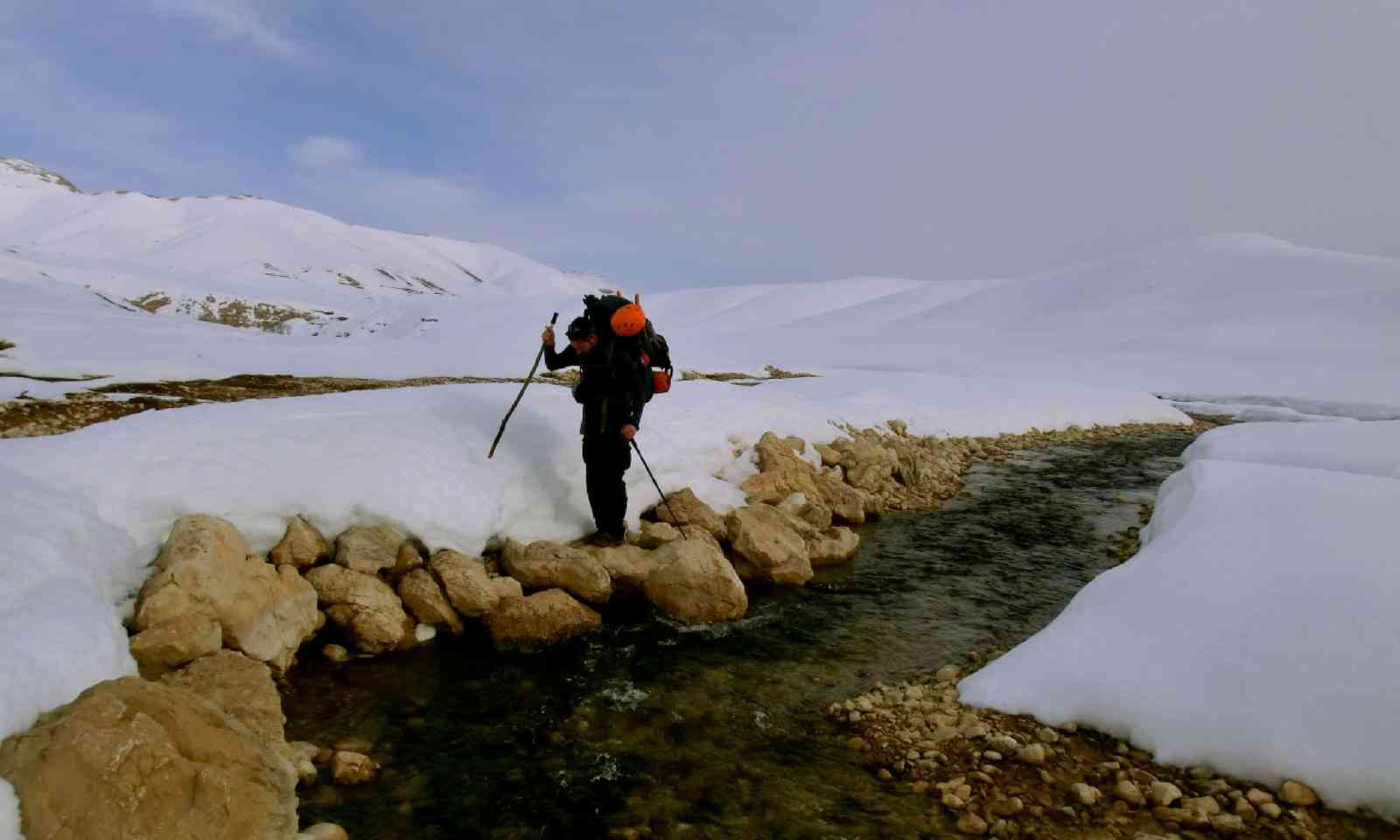 Setting off, at the source of the Karun river

How easy was it to film in Iran?

If you go there just as a tourist and you want to see the sites, or go on an organised trip, you'll be absolutely fine. But if you turn up and want to get to really remote areas of the country and take a video camera, you'll run into more issues – and that's what happened to us. We had quite a few encounters with the police. We got picked up probably a dozen times for just being in a place where they weren't expecting to see tourists.

The very first day we started the trip, we essentially got arrested and our camera got confiscated for a while, and they watched what we'd filmed so far. Luckily, we hadn't really filmed anything at that point but we were told in no uncertain terms that we weren't allowed to film any government buildings, we weren't meant to film any people – especially no women – and, really, not to do anything that was exciting or fun. And that's kind of a problem. There are no women in this film, because every time I tried to find one I got arrested!

I think really that if you want to go to Iran and do a journey, you'll be able to. But if you want to really try to make it adventurous and go off the beaten track, you've got to be prepared to have a few of those encounters. But we never got detained for any longer than a few hours, so it's not that dangerous. 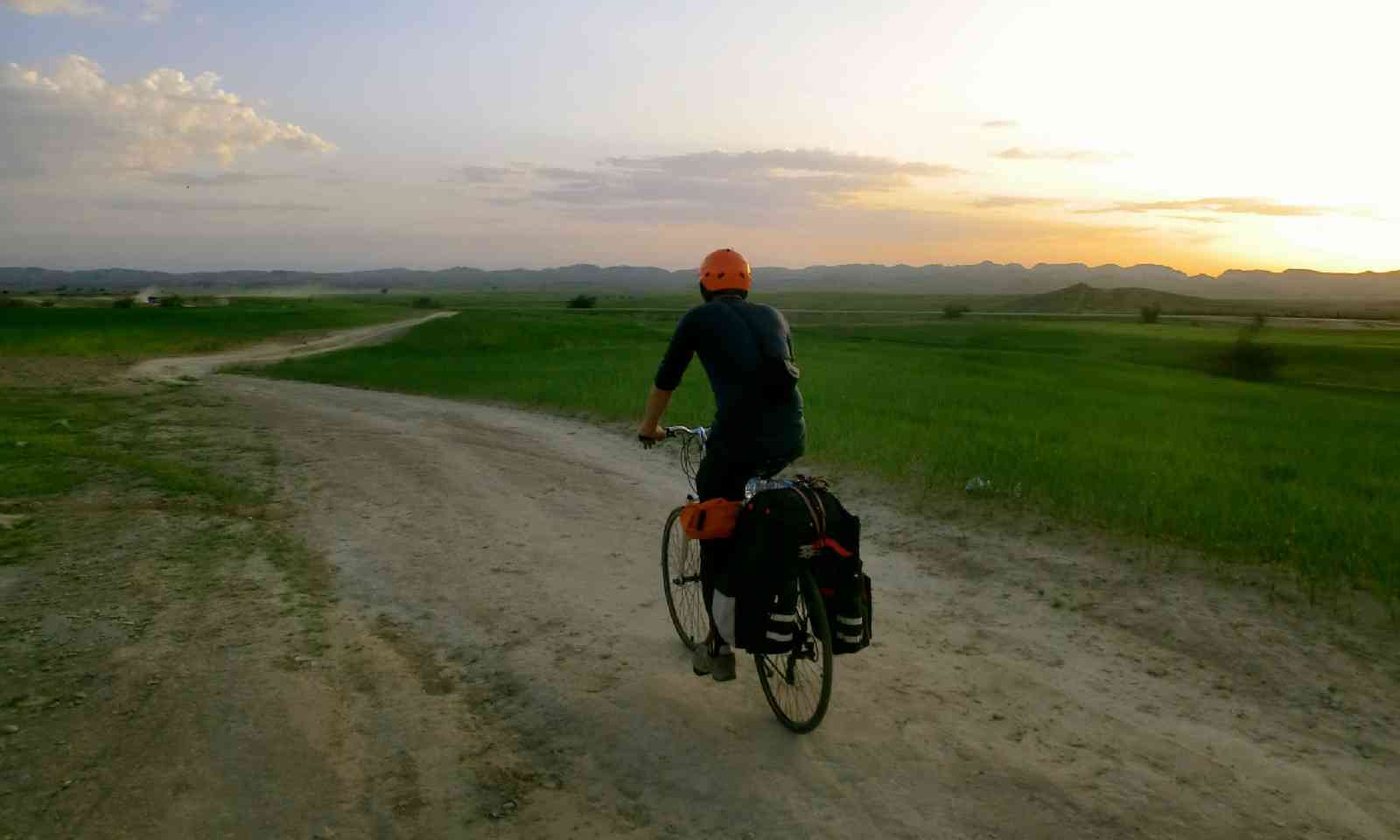 Cycling to the Karun's mouth

How did you bridge the language barrier with local people?

Tom has been learning Farsi for a couple of years, so he speaks it pretty well. That really helped us out.

I'm interested in storytelling, and trying to really show the other side of a country like Iran – a place where there's a lot of misconceptions about – and so speaking Farsi gave us that access. It allowed Tom to talk to people and to hear their stories and to hear their thoughts instead of just that fleeting interaction that you have when you're travelling, when you see someone and they give you something and you go on your way.

Was speaking Farsi useful when you were dealing with the police?

I don't know. Quite often we played the dumb tourist card because it was easier, and just smiled and nodded and shook hands a lot and drank a lot of tea. If Tom started speaking Farsi, they could really ask him what we were doing, and that was harder to explain! 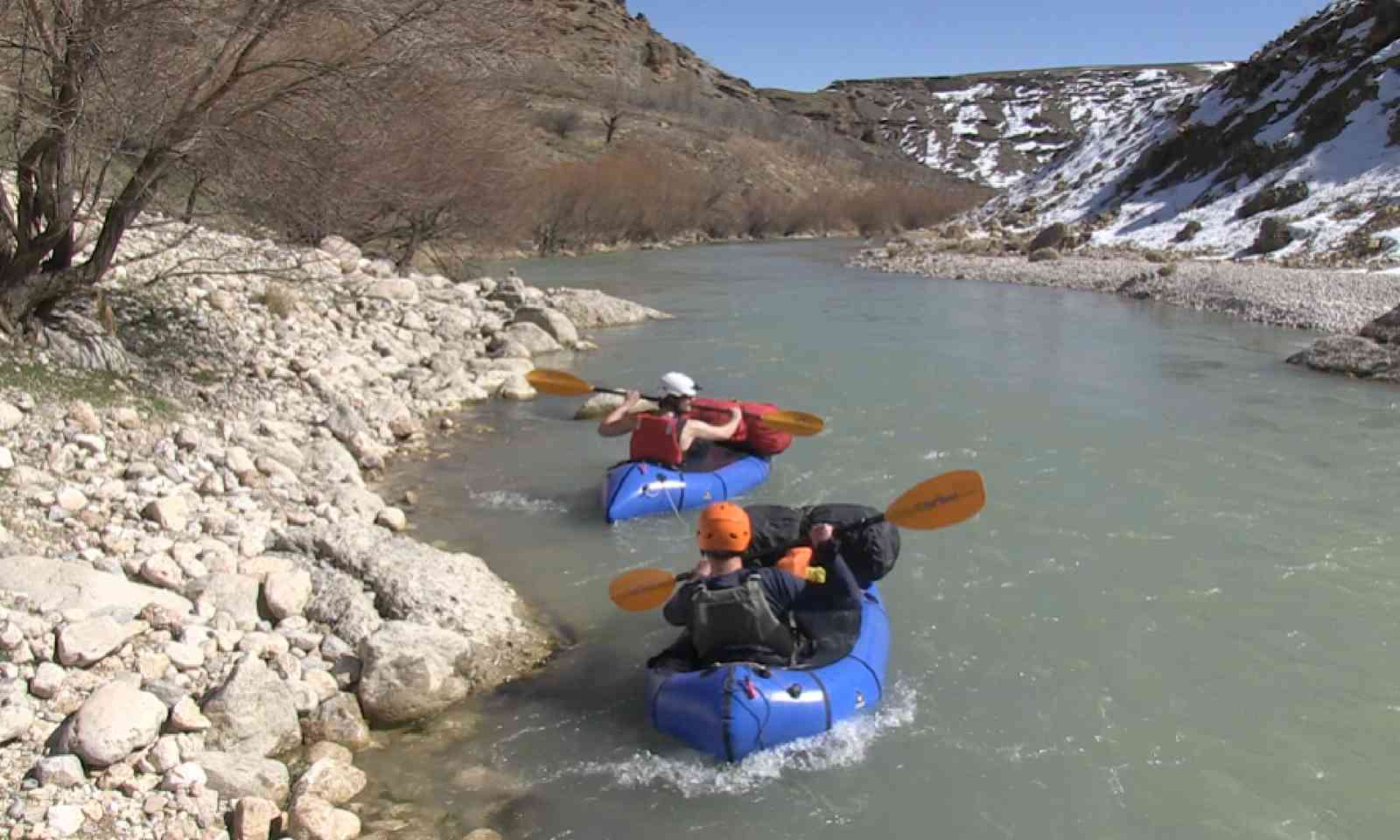 Paddling on the Karun

Would it be possible for a woman to do this trip?

I think so – but I'm having to guess, because I've never travelled as a woman in Iran! [laughs] But I think it would be possible. When we arrived in places, we were welcomed in by the men and all the women would scurry off into another room and we wouldn't see them again.

But when I was in the cities, in Esfahan and Tehran, I met a few women who were travelling independently. They said that when they arrived in towns, all the men scurried away and all the women arrived to look after them. So I think the hospitality would be the same. It's not a dangerous country on a people level – they are so friendly – so my feeling is that you'd be absolutely fine. I know a few women who've cycled through Iran, on their own and as part of a couple as well. So I think it would be a very different journey, but a very possible one.