Get to the airport on time

(and keep an eye on the time when I’m there)

On at least one occasion this year I was the last person on the plane, several other times I was one of the last.

Not that it was all my fault. When David Walliams was swimming the Thames for charity I hung on to see him pass my house – but he was running (swimming?) behind time.

On another occasion I was meeting a bunch of readers at check-in, but one had forgotten that and went through without checking in with me. And then, on my way back from Burma, I was enjoying my cappuccino at Bangkok Airport so much, that I ordered a second one, forgetting the time. It was quite a run to the plane. 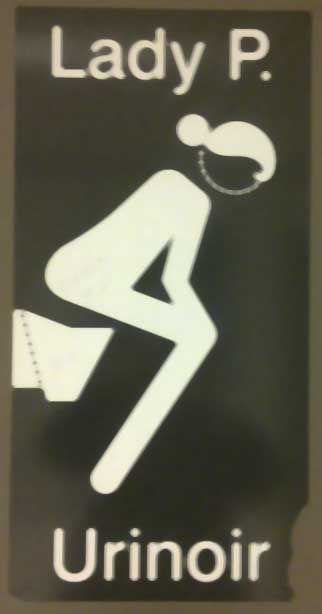 Explore the airport once I’m there

I’m going to check out the facilities. So many airports now offer massages, beauty treatments, galleries, slides (Changi) and gardens.

In 2011 I wasn’t even adventurous enough to try the Lady P. Urinoir at Brussels airport. I won’t let a chance like that pass me again!

I used to pride myself on travelling light. Too light. When I went to Kyrgyzstan I’d looked up the temperature in Bishkek, saw it was going to be hot, hot, hot, and so took a handful of t-shirts (bought at the airport) and not much else. When we headed up into the snow-capped mountains and hail-lashed high steppe, I soon realised my mistake. I borrowed my guide’s fleece for the rest of the trip, leaving him to shiver in a thin waterproof.

I used to take a PowerMonkey. I’ve got out of the habit, and so my bag is full of leads, plugs and chargers. For the laptop, Blackberry, camera and iPad. Crazy.


Sort out my leftover currency

I arrive at a destination, need some small change, and then realise that I probably had a potentially useful small stash of that currency at home. Various jars, boxes and zip-bags are stuffed with euros, dollars, togrogs and rials, and all sorts of wonderful coins and notes that are just waiting to be sorted.


Learn a few words of the language

That’s what I should be doing on the plane, instead of burying my head in a page-turner novel.

Learn the names of the Manchester United team

Potentially more useful than everyday greetings, football is the universal language that can take you anywhere!

Be nice to tourists in London

Yes, even the ones who stand on the left-hand side of the escalator
in the underground, just when I’m racing down it. And the ones who pull
their wheelie-bag across my path, nearly flooring me. And the ones with
backpacks on, who turn to look at something, oblivious to the fact
they’ve hit me in the face.

There for the grace of… and all that. I’m sure I’m far stupider when I’m a stranger in a strange land!