Spring is in the air and so is romance if these cute photos are anything to go by, says Sarah Riches 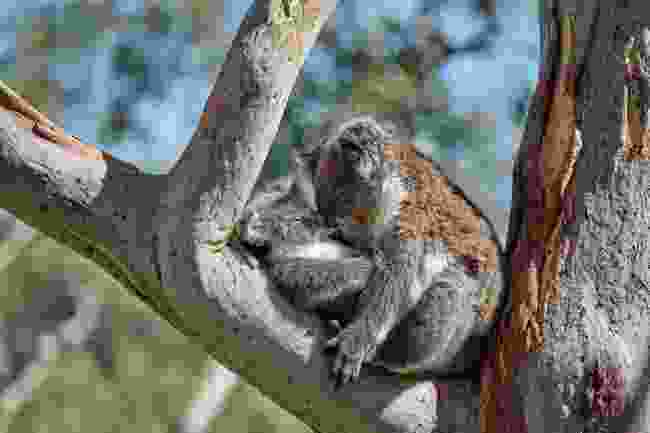 These kissing koalas in Australia’s Adelaide Hills may look sweet, but for the females, the mating ritual isn’t quite so desirable. It starts with the male bellowing and burping and is over pretty quickly. Oh dear. 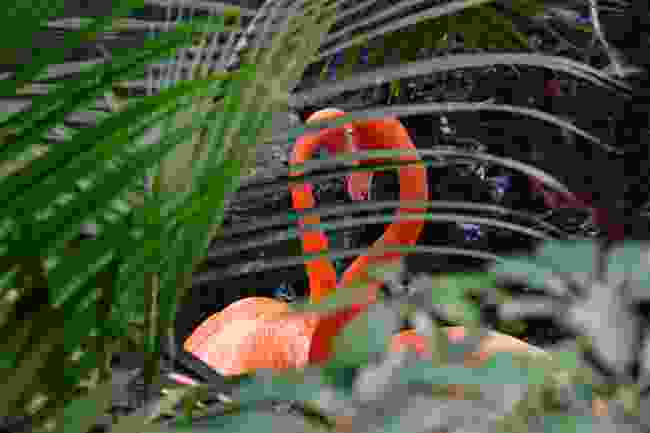 These coral-hued American flamingos are so close their necks form a heart. Their close proximity is a sign of bonding. Look out for them in the wetlands in the National Aviary in Pittsburgh, Pennsylvania. 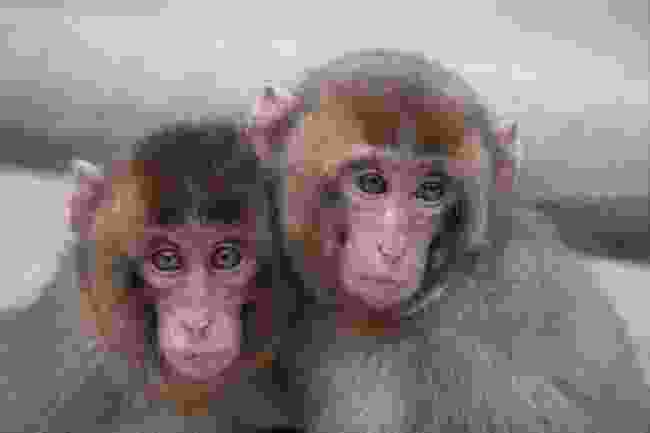 A monkey reserve home to 1,500 wild Japanese macaques sits at the base of Mount Takasaki, a 628m high mountain between Beppu and Oita cities in Kyushu, Japan. These two monkeys are hugging to stay warm during winter. 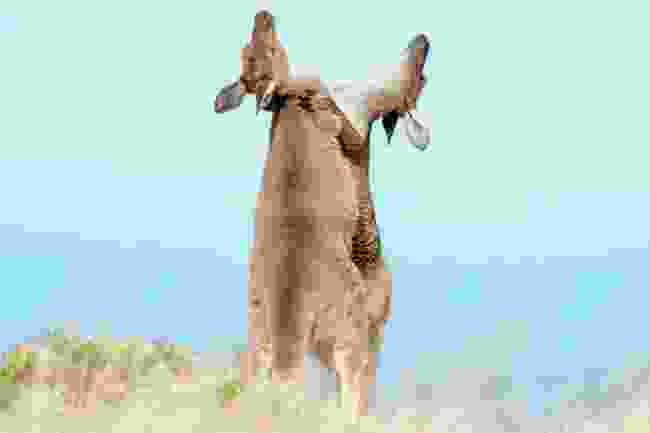 Indigenous to Australia, these marsupials would do well on dating apps as they’re social, affectionate and family orientated. You can find them cuddling up to one another on Kangaroo Island of course, as well as in Murramarang National Park, Bonorong Wildlife Sanctuary, Lucky Bay and Grampians National Park. 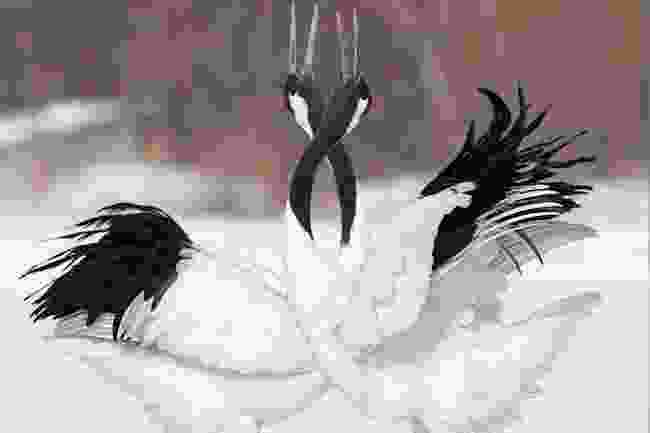 Red-crowned cranes are considered a symbol of fidelity in Japan, as they mate for life. See them unite for their wedding dance in the Kushiro marshlands on Hokkaido, Japan’s most northern island – the only place in the world where they are resident all year round. 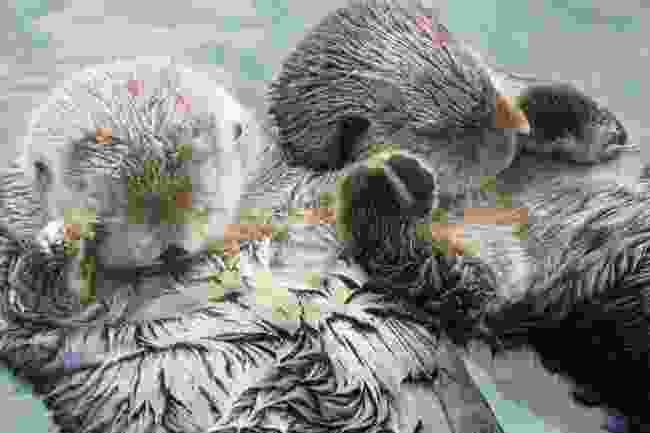 These adorable otters, found along the Big Sur off the coast of California, link paws while they sleep to make sure they don’t drift away from each other. We like to think it’s also because they’re so in love… 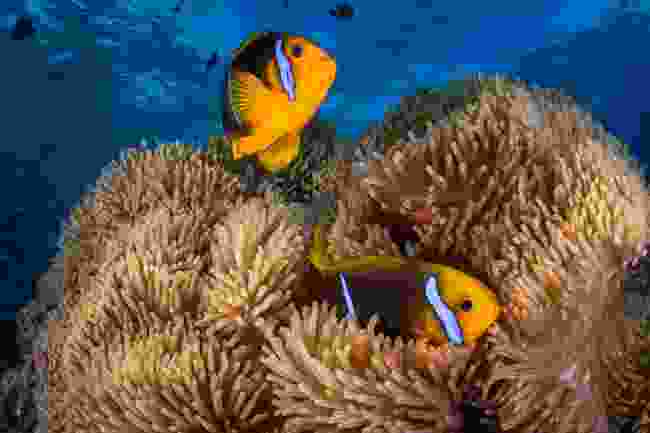 This pair of clownfish are snuggling into their anemone home in the coral reefs around the island of Tahiti in French Polynesia.