We corralled a bunch of the city’s best tour guides and asked them to reveal their top insider tips for a great London experience. Here’s what they said

With over 30 years combined experience showing visitors around the best known sights – and hidden corners – of London, tour guides Rob, Hazel and Annamaria reveal their favourite things to do in the British capital.

All they ask is that you keep them to yourself.

Rob: I love Nile Cafe on Nile Street Hoxton, where in the 1920s it was the hangout of The Titanic Mob, a group of London gangsters, and the scene for the ‘Battle of the Nile’ between rival gangs. You can sit eating breakfast thinking about what took place on the street years before. 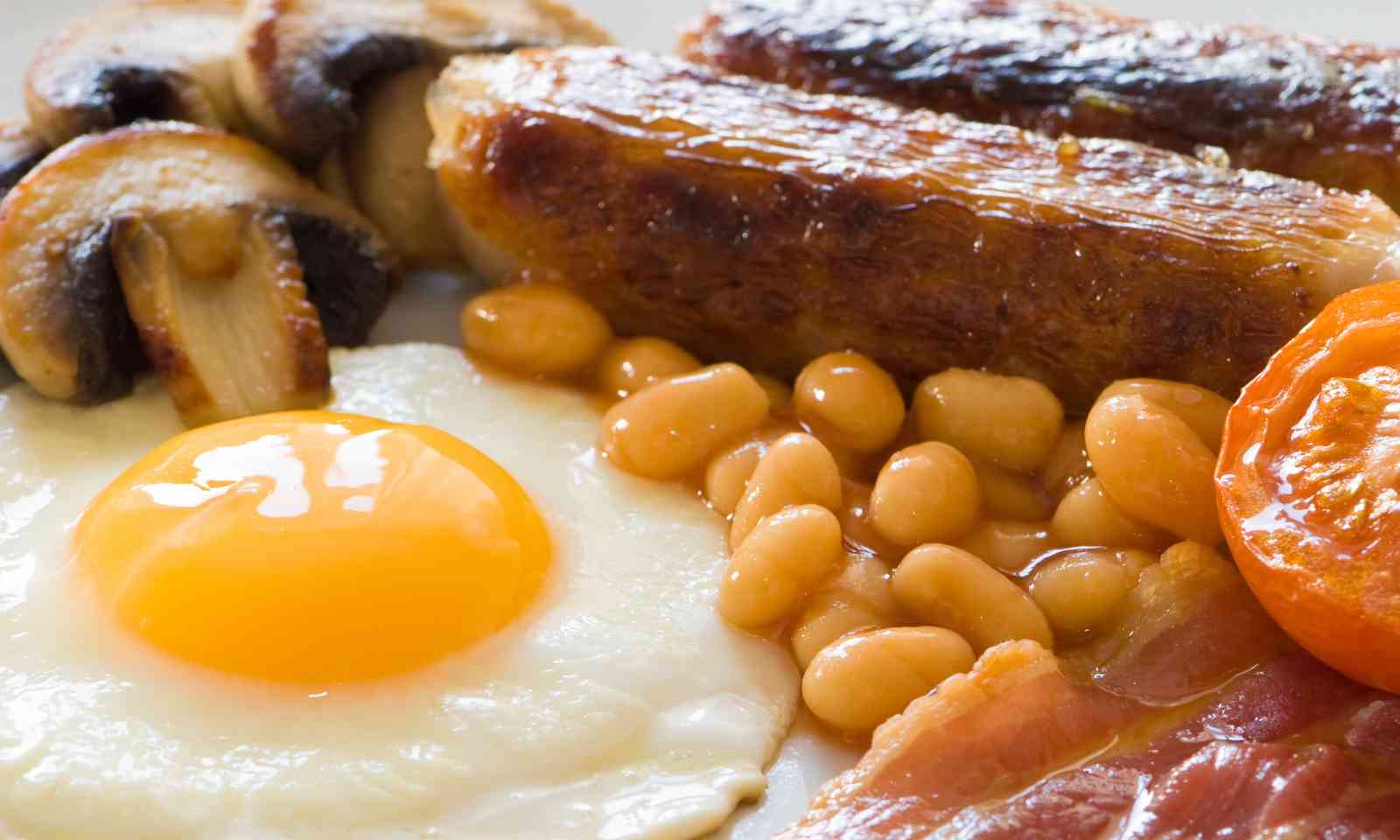 Hazel: I love My Tea Shop on Duke Street for its greasy spoon simplicity. I advise all those meeting me at London Bridge to try the takeaway bacon butty – a nice way to start a walking tour of London.

Annamaria: The Regency Café on the corner of Page Street in Pimlico has been the setting for scenes in movies including Layer Cake and the 2010 remake of Brighton Rock because of its authentic setting. It makes a great breakfast pit stop.

Rob: If you need to get from Kings Cross to Camden Town, walk across Old St Pancras Churchyard and along Regent’s Canal – it’s just a short walk and you can visit feminist pioneer Mary Wollstonecraft’s grave on the way.

Hazel: Goodwin's Court is a great cut-through between Covent Garden and Leicester Square. It is an atmospheric alley and served as the inspiration for Daigon Alley in the Harry Potter books. Goodwin’s Court replaced Fishers Alley in 1690. 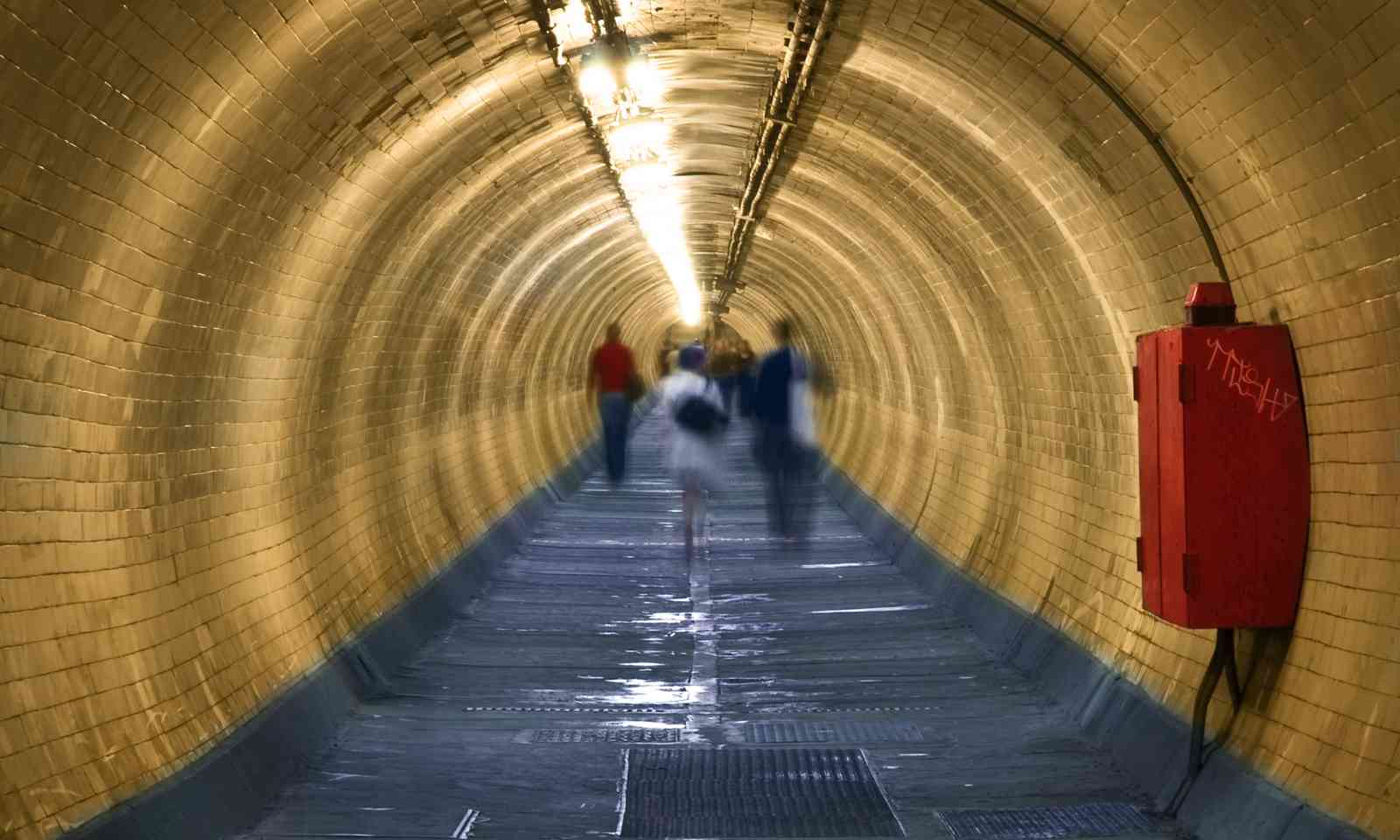 Annamaria: There is a wonderful way of cutting through to Greenwich from the North through the Greenwich Tunnel. Enter the tunnel in the Isle of Dogs, walk along a tunnel beneath the Thames built for dock workers to get to and from work on the Isle of Dogs, and come out in magical Greenwich with its park, museums and markets. 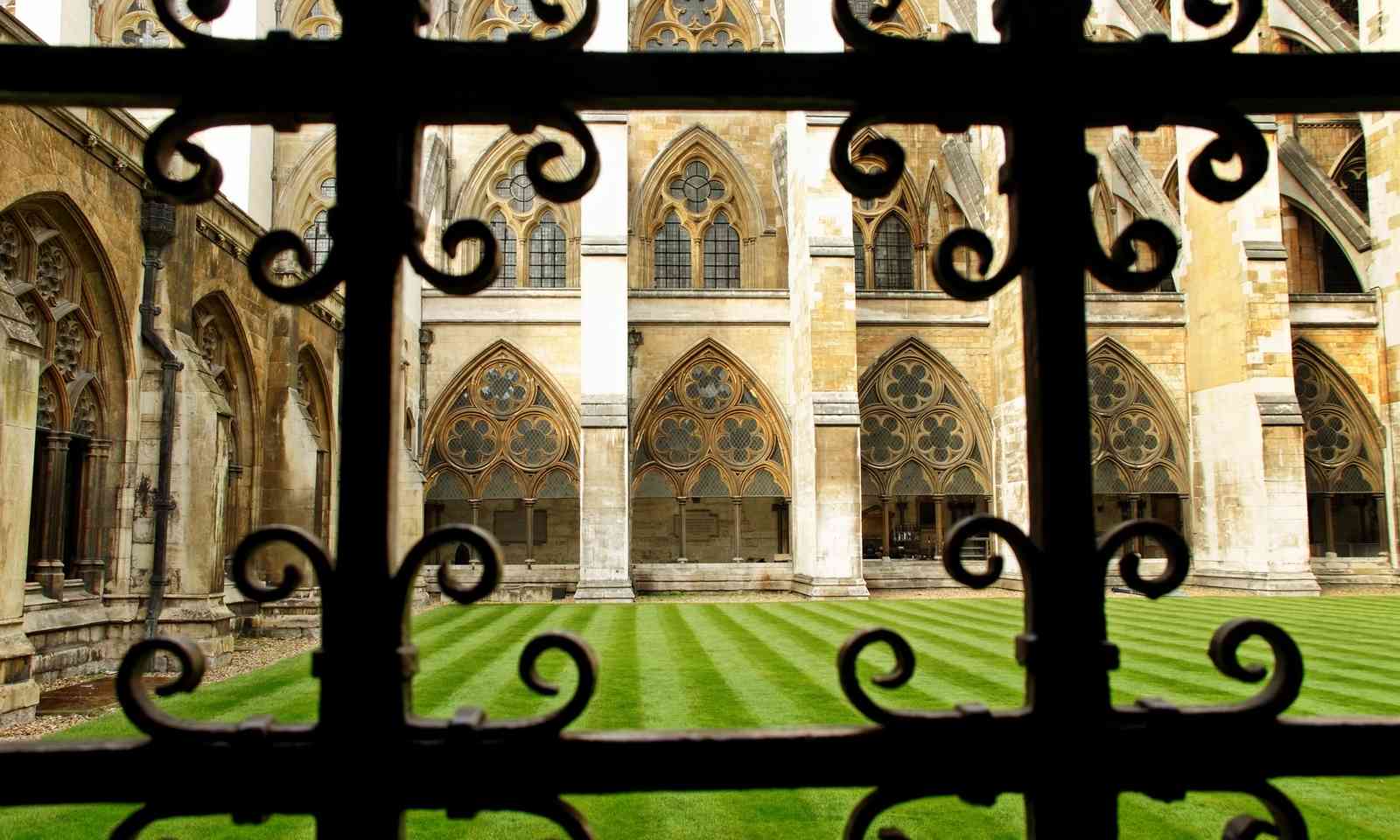 Hazel: The door at the bottom of the Duke of York Column, where Regent Street meets The Mall, leads up the hollow column via a spiral staircase of 168 steps, lit by narrow apertures in the wall. Now closed to the public, it once took you to a viewing platform at the base of the ‘Grand Old Duke of York' statue.

Annamaria: I like pointing out the door in Marble Arch, now locked up, but that was once a police station. Established in 1851, it was used until 1968, from where the police would gather to monitor Speakers' Corner from above.

Best thing to do for free in London

Rob: There so many free things to do in London, if you know where to look. One of the best things to do is go to one of the free organ recitals at St Stephen Walbrook on Friday lunchtimes. The combination of the music of Bach and the architecture of Sir Christopher Wren is an amazingly uplifting experience.

Hazel: Walking along the Thames. It's great to connect with a cross-section of London and to see some world class architecture along the way. Now with the Tate Modern having opened their Level 10 viewing platform, it's an even better free thing to do in London. 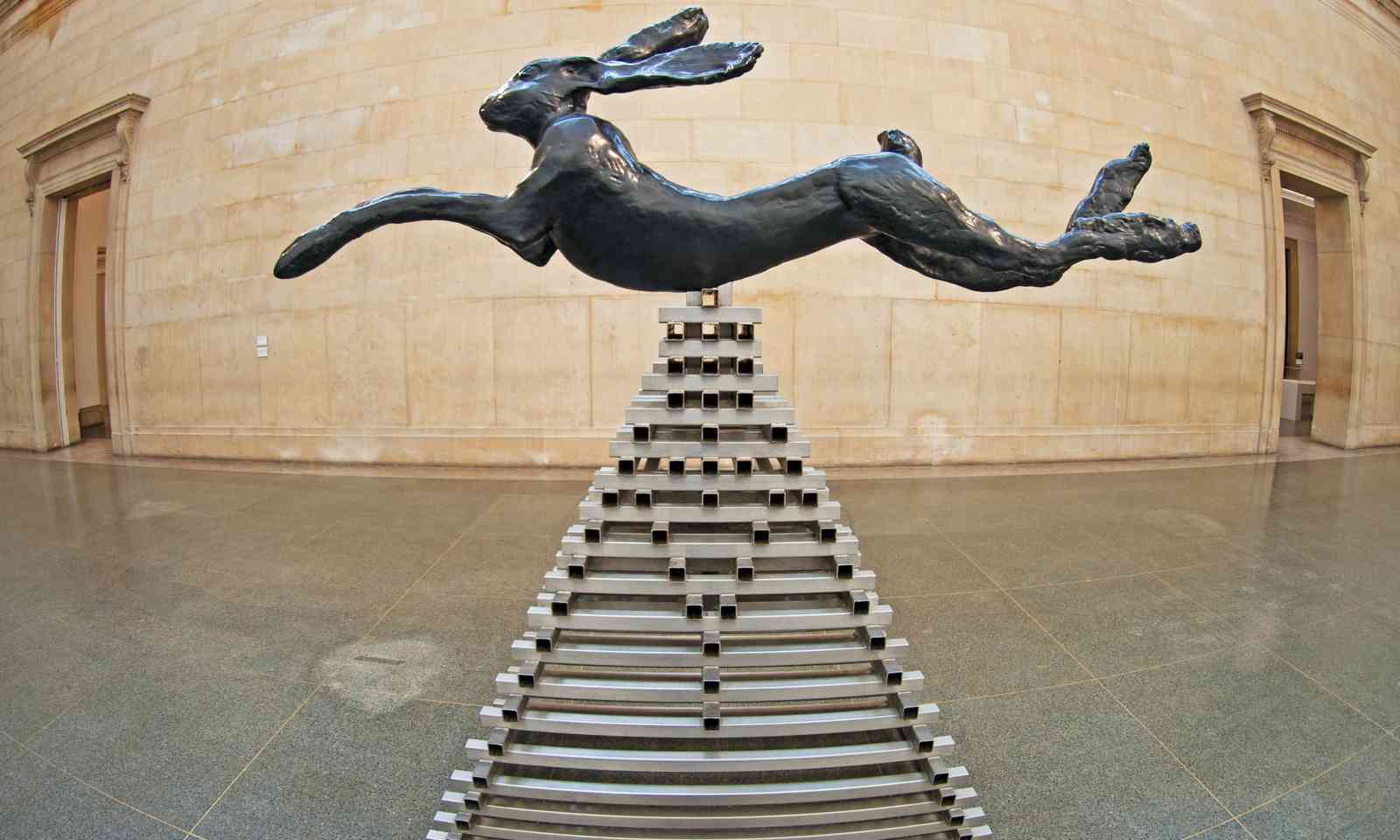 Annamaria: Definitely the museums. So many wonderful exhibitions are absolutely free in London. I love to be able to pop in for a hour or so, just to get a slice of what's on offer, without the urge to see everything, because I know I can return anytime. A big favourite is the Tate Modern art gallery. I love the new section they've recently opened. I also like to end up in the Museum Quarter in South Kensington. The Natural History Museum there is worth visiting for the magnificent building itself, not to mention the wonders that it houses.

Rob: My favourite pub is the Prospect of Whitby in Wapping. It's a fine old pub with an outstanding riverside view and it's on an atmospheric street too. Its also a personal thing for me, as my dad also liked the pub when he was a sailor in the 1960s. Wapping has changed a bit since then. 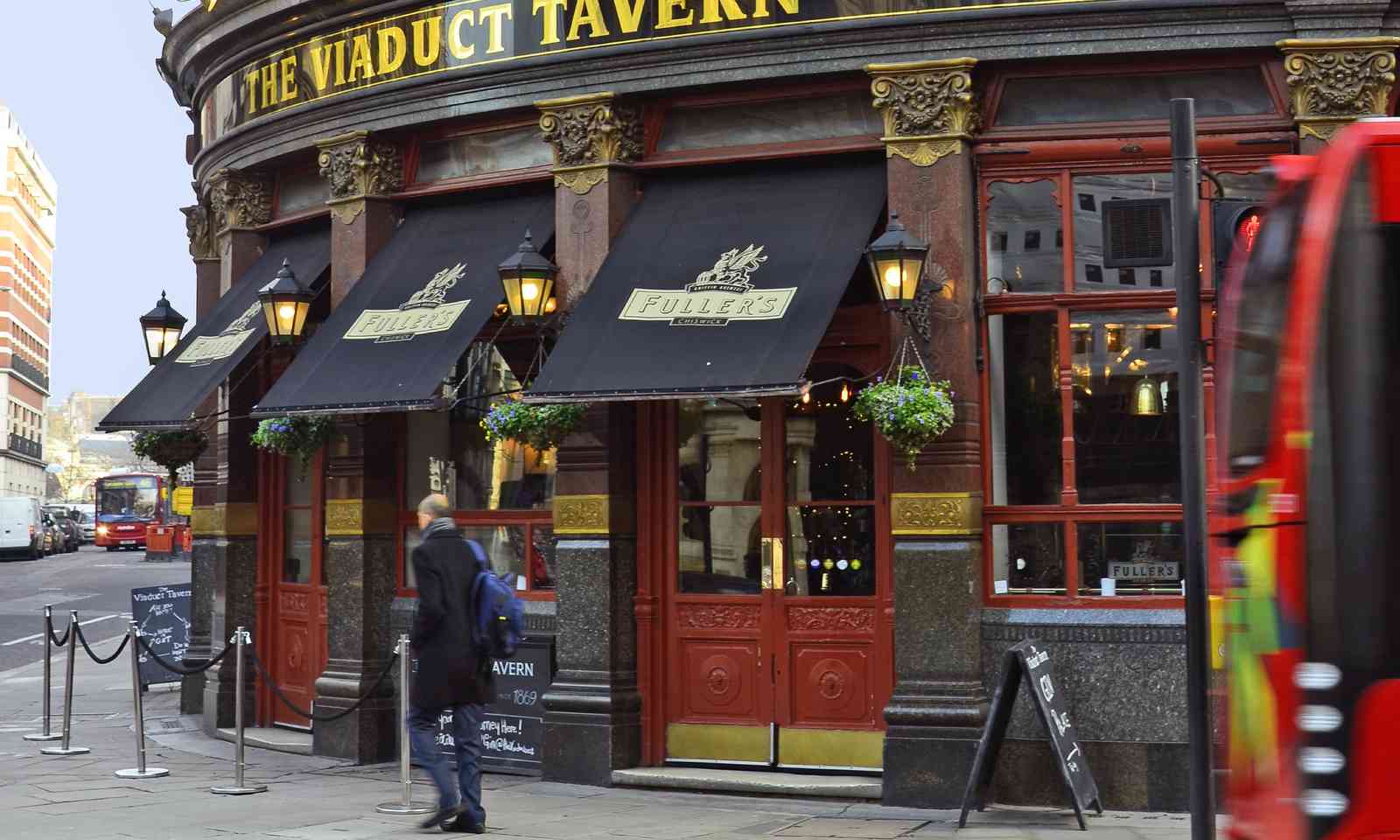 Hazel: The Blackfriars is a great one for friendly service, good ales and art nouveau interior. My favourite tipple is gin, and I enjoy the cut glass detailing in the Viaduct Tavern on Newgate, the last remaining Victorian Gin Palace in the City of London.

Annamaria: My favourite pub is The Constitution in Camden. It's the perfect place to escape the crowds after wandering through Camden's colourful markets. Its a tranquil garden overlooking Regent's Canal that makes you forget you are actually in a city inhabited by nearly 10 million people. They offer live music and BBQ nights as well.

Rob, Hazel and Annamaria can be found on PlanetPass, a new travel app that allows travellers to book and pay for private guided tours in London. For more information visit the PlanetPass.com.

And why not help us celebrate the work of unsung heroes like Rob, Hazel and Annamaria at our annual Wanderlust World Guide Awards, held at the Royal Geographical Society in London on October 6, 2016. Book your ticket now.