With a new series about the bad behaviour of animals about to hit our screens, BBC Science and Wildlife presenter Liz Bonnin reveals the wildlife experiences that moved her – and one that changed her life 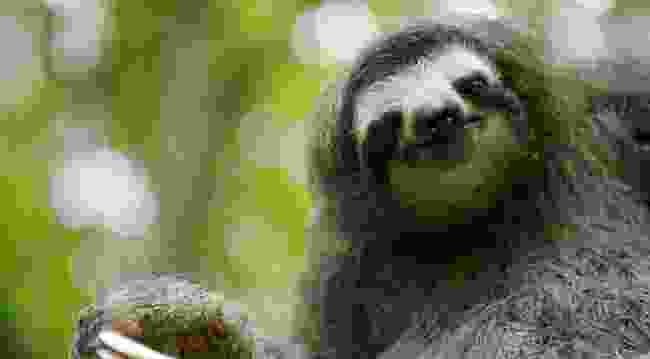 I’ve always been desperate to see sloths with my own eyes, and I finally got the chance to meet one in Panama when when we were shooting the new series, Animals Behaving Badly. We got up close to this wonderful female in the rainforest. She was very endearing animal, but she had very filthy habits.

When you get up close to sloths, you notice that their fur has an extraordinary green hue because they are covered in algae. In fact, their fur hairs have grooves to encourage the growth of algae and that fur is absolutely festering with all kinds of insects, predominately moths, that help the algae flourish.

As specialised leaf eaters, sloths don’t particularly get a lot of nutrition. The algae gives them five times more fat than tree leaves and also a lot more nutrients. It boasts their diet and helps camouflage them from predators like harper eagles and jaguars. Once a week the sloths climb down and defecate at the base of their tree so the moths can lay eggs sloth’s faeces, the larvae can feed on it, turn into moths, get on the sloth and start the whole cycle again.

So as much as I was excited about seeing a sloth, I never for a second imagined how disgusting its habits may appear. But those habits play an incredibly vital role. Not only is it the most gorgeous, beautiful animal, its also got incredibly complex and very clever way of surviving. 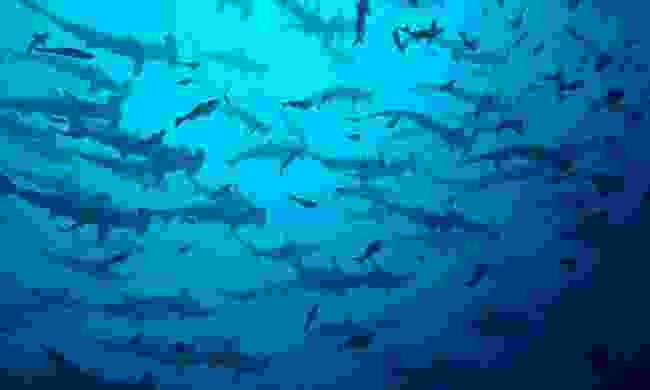 It’s hard to pick a favourite wildlife experience from the Galapagos because there are so many. The wildlife there just considers you part of the furniture, just another animal surviving. If I had to chose one, though, it would be diving at Darwin’s Arch to watch hammerheads congregate.

The hammerheads come from all different directions and gather, swim around each other in big circles in a wonderful sort of balletic association. At the very centre of this big mass of hammerheads are the oldest, most mature females. The younger sharks swim around them. When the males come in to mate, they’ve got to weave and wind their way through this mass of hammerheads, so only the strongest, fittest males will get to mate with the females in the centre.

We are only just beginning to understand the purpose of this mass congregation, so the more scientists dive down there, the more they’re understanding its importance. It’s a very special place, and a very important behaviour, that needs to be protected. The Galapagos is one of the last jewels of this blue planet of ours. It really needs extra protection of ours oceans to make sure that that doesn’t disappear for ever. It was extraordinary. 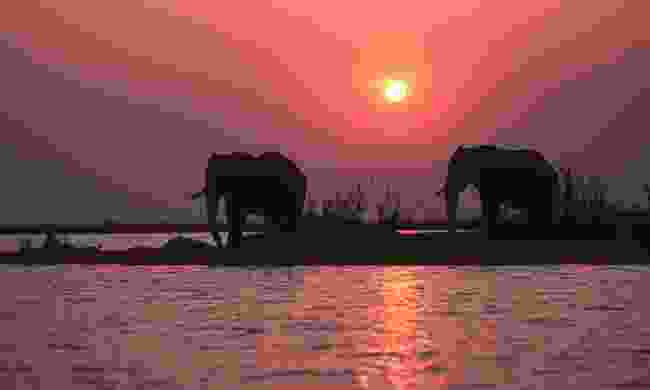 There’s something incredibly magical about Botswana, an energy to the place that I don’t think is matched by any other country in Africa. They also have some of the most thriving populations of elephants, because they have protected its elephants for quite a long time now.

My most memorable experience came when we were filming zebra. Just as we finished and the sun was beginning to set, a family of maybe 15-16 elephants, including a huge matriarch and four calves, came down a hillside to drink at a watering hole. We turned our engine off and sat there for two hours watching this family splashing around and playing.

Just watching these elephants gently interacting, getting their evening drink, while light and the colour of the sky changed, was magical. It was too dark to film, so we just watched, living in the moment. When they disappeared into the darkness, we all looked at each other with tears in our eyes. Nobody uttered a word, but we knew we had witnessed a very simple, yet magnificent wildlife experience. It was very humbling and awe inspiring. I still get emotional thinking about it. 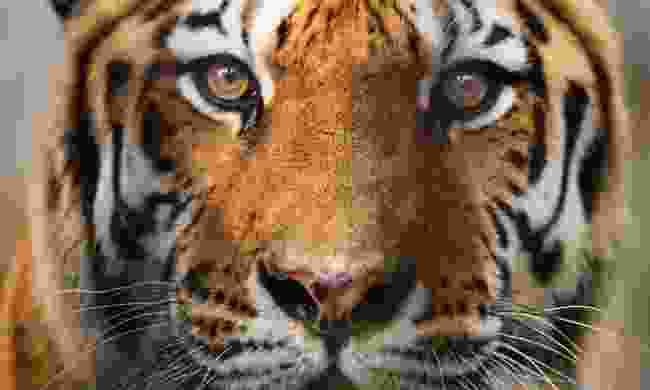 My first tiger experience – and still my best – was in Panna National Park in Madhya Pradesh 13 years ago. We only had three days to film and we were told when we arrived at the lodge that nobody had seen a tiger for 10 days. Thankfully, a tigress was spotted in the forest and we got to spend three hours following her.

This female was used to people, so she basically tolerated us, as long as we were very respectful of the distance we kept from her. First, she clambered under a bush, then she wandered through a rocky forest and then ended up on this open plain, on this path in the middle of the forest where she sat in a pool of water for ages.

It was an experience that cemented my love of tigers and compelled me to do my masters on them, even though my supervisor said I didn’t have much time to do it.  But I was completely hell bent on trying to contribute, in some small way, to the protection of these animals, because of this wonderful female I had met.  Her picture is still in front of me on my desk. She has inspired me my entire life, so yeah, a very special tigress. 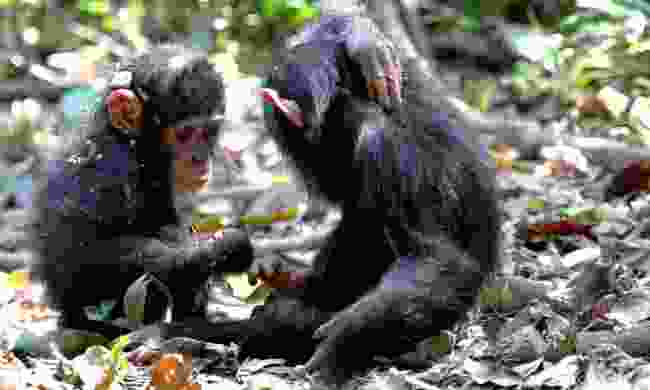 Gombe, where Jane Goodall studied chimpanzees for many, many years, is a very special place. You first realise it when you’re coming in by boat on the lake, how precious the remaining habitat is and how extraordinary is is that these chimpanzees a still living a wild life.

You have to work hard at finding the chimpanzees. It is not easy terrain and in the rainy season, incredibly slippy and slidey. At times I felt like giving up, but I put a smile on my face and just push on through.

At the very top we were treated to the most wondrous spectacle.  A troupe of maybe 10 chimpanzee including a tiny, tiny baby, were playing and vocalising in this thick bush. The baby was jumping from one branch to another with a  joyful abandon, that was just infectious. Then an altercation kicked off and the whole forest just shook with this deafening noise that hit you in your chest.

We got to experience all the different dynamics in chimpanzee society for about 2-3 hours. We stood there numb, with big grins on our faces. It was extraordinary. And to have worked that hard to get to them made  the experience all the more special. 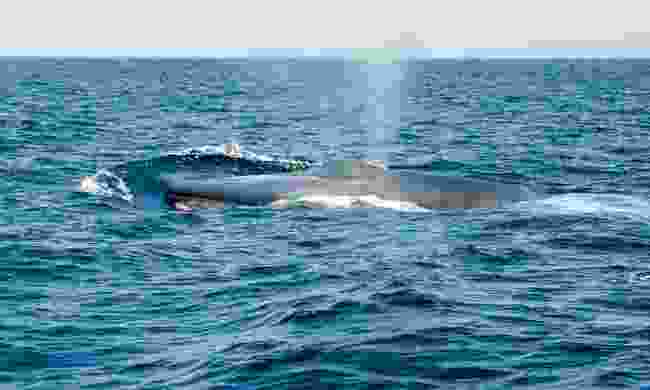 While we were filming Big Blue Live I got to spend time with John Calambokidis, a scientist who is tagging blue whales in order to better understand how they move through the water. We were on a tiny rib and my mission was to look out for the blow of the whale. Once we spotted one, we raced across the water to tag it using a long pole and suction device.

It was such an exciting experience, seeing the largest animal that has ever roamed the planet. Blue whales are grey, a mottled grey colour, but in the sea water, they turn this bright turquoise as they come closer and closer to the surface. That size of animal is very hard to put into words, seeing it so close was very electric and very humbling.

Thanks to tags, John has discovered that, despite their tremendous size and weight, they’re incredibly agile in the water and are quite acrobatic in the way they move in the water. I was really blessed and honoured to witness this with the foremost scientist in the field. 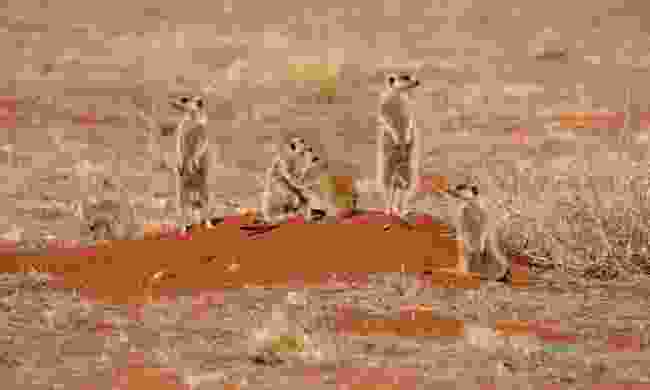 A family of Meerkats on the lookout in the Kalahari (Dreamstime)

I know they’ve been covered in so many ways on television programs - perhaps were all getting a little blasé about them - but meerkats are still one of my favourite animals, even more so after I got to spend some time with them in the Kalahari.

Scientists studying them pointed out the burrows they had decided to sleep in, so we went out under the cover of darkness and then, when the sun rose, watched their little heads pop up as they emerged to face the sun and warm up their bellies. Then, when they were warm they started foraging like frantic little things for every bit of grub, for every scorpion they could find.

I really love the way the whole group takes care of their little ones. You’ve got tiny babies just incessantly grunting because they are hungry. And you’ve got all of these adults, frantically foraging and coming straight back to the little ones to feed them. It’s really lovely to watch. It’s a very close knit, very special type of relationship that they all have. They all look after each other. They’re always very aware of each other’s needs and its a treat just to walk around with them as they are foraging.

Liz’s latest wildlife series, Animals Behaving Badly, is a three-part series tracing the questionable things do in order to survive and get ahead. The first episode, on mating, will air on BBC1 on 18 July at 8pm.