Lessons from the road with Paul Donnelly

Using his background as a mediator during the Troubles, Paul Donnelly has guided DC Tours’ Belfast City Walking Tour for nearly a decade. Here, 2019’s Top UK Guide gives us his top tips…

Before starting the Belfast walking tour, we developed a script and practised it walking around the city centre, taking people with us as dry runs – cilvilians, ex-police, journalists or from political backgrounds – and  got their feedback and continued to develop it.

You need to be knowledgable

People are going to ask you all sorts of questions so you don’t just need to have the facts to hand but also be able to be responsive to your guests’ physical needs – ‘Is there a bathroom nearby?’

Belfast’s notorious for its very dark humour – it’s a coping mechanism here. For example, a friend was nearly killed in five separate incidents, so his name locally is ‘Nine Lives’. Some guests wince with horror when I tell that to them, and some people fall about laughing. I find the humour creates a sense of relief from the darker aspects of the tour. A lot of guests say that the tour was enjoyable in a way that they hadn’t expected because of the humour.

Give people a self of ownership

I always say to guests that this is your experience, and that there’s no such thing as a stupid question and should anyone ask a stupid question I guarantee that I will remain absolutely poker-faced. And that gets a laugh but it also makes them feel more confident about speaking out.

“A friend was nearly killed in five separate incidents, so his name locally is 'Nine Lives'”

You can turn an experience around

At one of the police check points, I can see this guy in the background and I can tell by his face that he’s not happy and he’s quite drunk. And he said, “I was blown up at the end of this street at the other gates, and I don’t think you should be telling people about that.” And I was able to name the soldier killed in that explosion, and that took the sting out of it. He walked away and there was this silence in the group – I wasn’t just talking theory anymore. They were having an experience of a traumatised Belfast man.

There’s always potential for a crank

It may not be your tour, it may just be their attitude towards the world. I say to challenging people, ‘I’ve got time at the end, do you want to sit and chat about it?’ They may not go away agreeing but they haven’t been dismissed, which is hugely important. Patience is always part of the tour guide game – it’s just a bedrock. What you do is make it non-confrontational and make it part of the experience.

I’ve had so many good experiences

I once had a father and his 21-year-old son on the tour from Australia, but the dad was originally from Belfast. We finished the tour, and the father suddenly says to his son, “I’ve something to tell you.” He then revealed to his son that a member of the family had been killed in a sectarian shooting and had torn the family apart, and he couldn’t cope, which is why he moved to Australia. And then his son looks at the dad and, in complete seriousness says, “Ah, that’s why you’re so f****d up!” That moment of genuine catharsis turned into pure comedy. 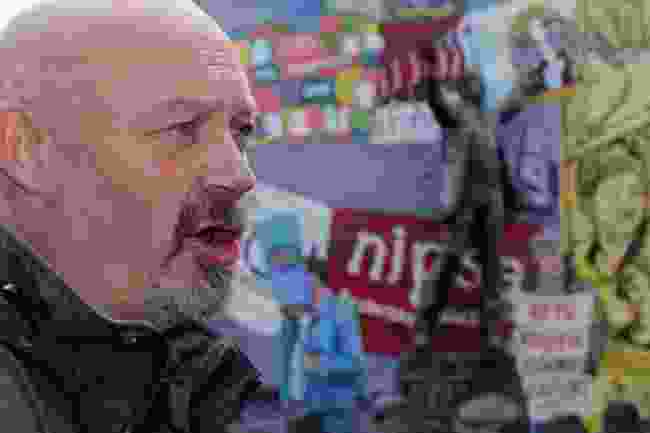