8 lessons I learnt from self-publishing a travel book

Publishing a book is a daunting prospect, especially if you’re self-publishing. Travel writer Emma Higgins shares her experience of self-publishing and some advice for anyone looking to do the same

3 mins
At the end of 2014 I finally decided to fulfil a dream – to publish my own travel book. I had no idea how one went about self-publishing, but after years of stalling I thought that it was now or never. In March 2016, A Year in the UK & Ireland was released, a collection of twenty long-form narratives with photography about a year I spent driving 5,000 miles around the British Isles.

As you can imagine, there was so much to learn along the way and many moments of uncertainty. If I could go back to the very beginning and give myself – and anyone else looking to self-publish a travel book – some advice, it would be these eight things. 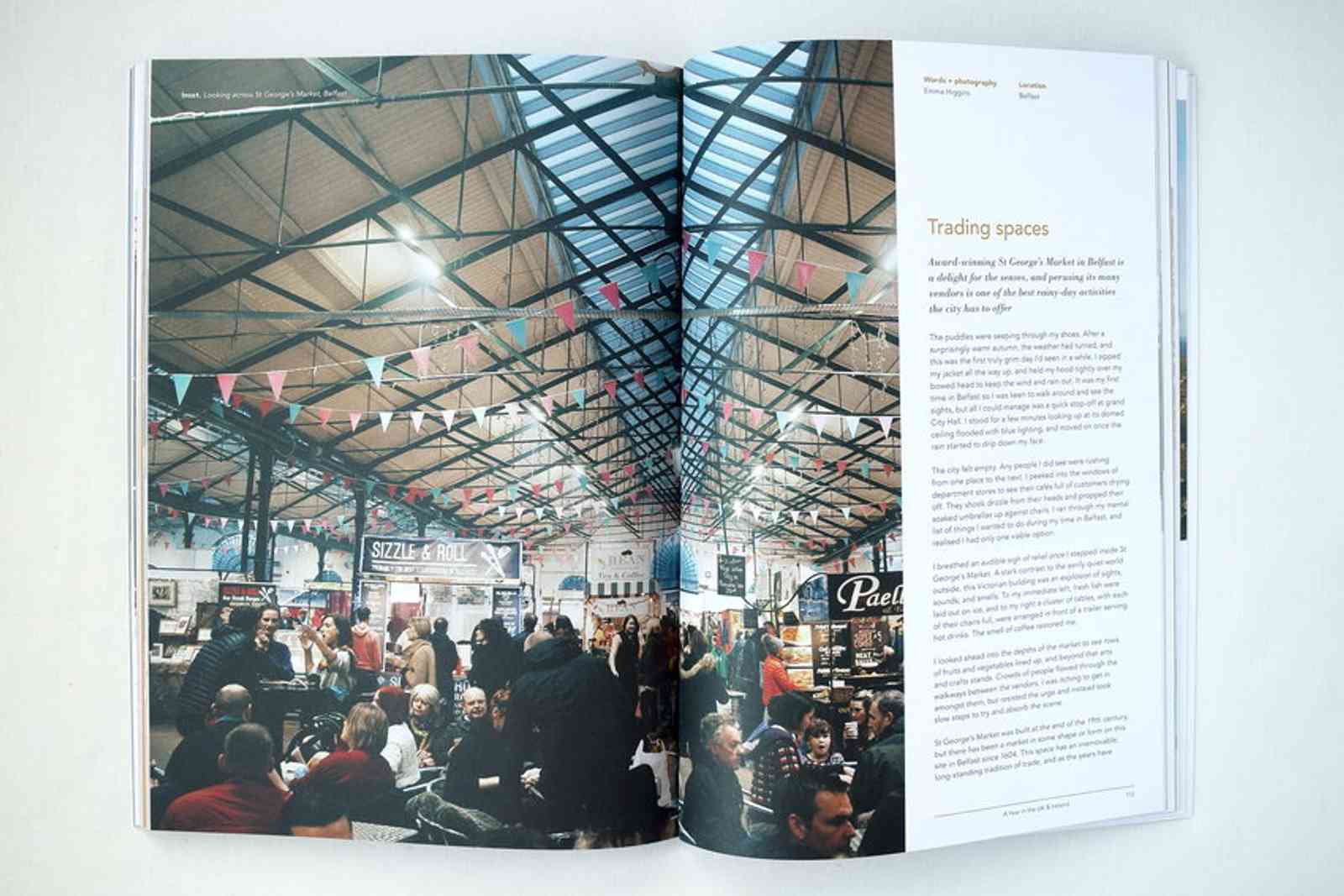 When it comes to a big project like publishing your own book – an undertaking that’s lengthy, risky, and nerve-wracking – we often won’t start the process until we feel like we’re ready. That can mean different things to different people, but it’s often financially ready or mentally ready.

The truth is, you’re never going to be fully prepared. That magical ‘ready’ time doesn’t exist, because there are parts of the self-publishing process you don’t understand and won’t understand until you just throw yourself into them. Don’t sit and wait to feel like you’re ready – start to get the ball rolling as soon as you can, because otherwise you’ll be waiting forever.


2. Begin with what you know

To make the scary first stages of the project easier on yourself, begin with the things you know you can do. When I finally ditched the nerves and began to write my book, I just told myself that I was simply sitting down to write a story – something I do on a daily basis in my career as a freelance writer and blogger.

I focused on that as much as possible because I know it’s where my strengths lie. Perhaps you’re good at taking pictures or planning out story timelines. Whatever you feel you’re best at, start with that part of the puzzle to ease yourself into the creative process.

Get down to your local bookshop and find the titles that share similar stories or styles as yours. Once you’ve read these stories, reflect on why you think that book was a success (or not so) and what you could do differently. Why should people listen to your travel tale? What makes it new and exciting? Find the answers to these questions and emphasise that angle in every part of the process – from the story itself to the front cover design and promotion.


4. Don’t stress about the money

Unless you’ve had the foresight to save up funds before you begin, money will be one of your main obstacles. For many, it’s the reason why we never even consider beginning in the first place – it certainly was for me. When I started my book, I had £2,000 sitting in my savings account. I didn’t know much about publishing, but I knew that definitely wasn’t enough to foot the bill.

However, if you let money be the reason why you can’t self-publish, it will always be the case. If we give the financial side of things that much power, it shuts down the whole project and brings it to a grinding hault. Instead, begin to do everything else and trust that the money will sort itself out at the right time.

That sounds idealistic, but the second I started letting go of my money problems, things started trickling in and I began added to my savings. I found that when it actually came down to paying the bills, I had exactly what I needed. I never would have reached that point had I let money – or ‘bits of paper’ as I started to refer to it as! – get in the way. 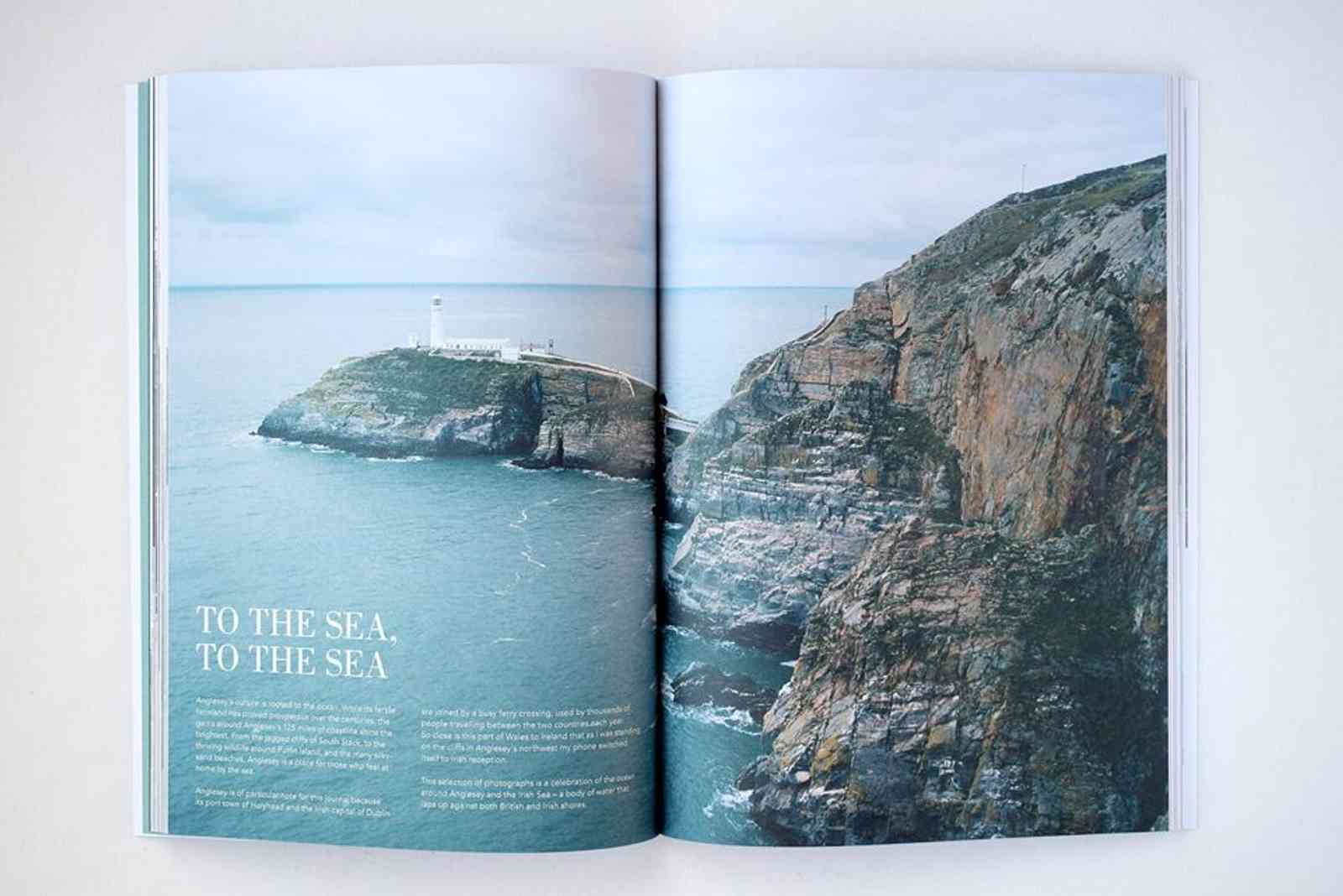 
5. Tell other people about it

The second you tell someone else that you’re producing a travel book, you’re tied into a commitment and that’s a huge motivation. Keeping your work a secret is only going to muddle everything up in your head and overwhelm you.

Tell a few friends and family about the ideas for your book. Not only will this solidify the project and make it real, it’s a good opportunity to run through your travel story with someone else. Other people will see it from a different perspective and it’ll surprise you how many ideas they’ll come up with for angles or how to convey that story. Outsiders are a valuable asset in the self-publishing process.

You’re not Superman. When you’re self-publishing, you have to realise that you can’t do everything yourself. It’s important to recognise what you need to outsource to other people and know that this will often come at a cost – but one that hugely pays off.

As A Year in the UK & Ireland is a print journal filled with images as well as words, I knew that investing in a good designer was key to the book’s success. It added another chunk of money onto my overall cost, but such a visual project needed an on-point designer who knew what they were doing.

Know your strengths and know your weaknesses. Hire editors and designers, and wrangle in your Mum or a friend or two to proof-read for typos and errors.

Without a publisher behind you, promotion is a soul-crushing part of self-publishing. The biggest mistake you can make is to not promote the book until you have a copy of it in your hands. You need to give yourself a head start and tell the world it’s coming so that when it does become available to buy people are already listening.

I set up a landing page on my website, started tweeting about it, Instagrammed behind-the-scenes photos, and began taking pre-orders four months ahead of the launch date. Doing something similar will help you to familiarise yourself with who’s interested in the book, and give you a little morale boost. When people start showing an interest it will motivate you to carry on and see the whole project through.


8. Believe in yourself and your work

You should be the very first person to believe in yourself and your story, because if you don’t have faith in it, no one else will. There will be times once you get going with promotion and selling that you feel like no one is listening, but that’s not because people think your book is awful. It’s an indication that you need to reach a different audience or change your promotion style.

The process of selling your book is a learning curve, and as you go along you’ll learn where your ideal market is and what they respond well to (and what they don’t). Some people won’t like your work – that’s life and luckily most of them will just ignore it entirely – but there will be others who love it, it’s just a case of finding them. Always maintain the belief that they’re out there somewhere and that your writing it worthy and valuable to both you and them.

Main Image: A Year in the UK & Ireland (Emma Higgins)