9 quirky leap year traditions from around the world

Every four years, a quirk of the earth’s orbit gives us an extra day, 29 February. This leap year brings us the Olympic Games, and plenty of cultural traditions. Some better known than others...

1. Women 'get to' propose marriage 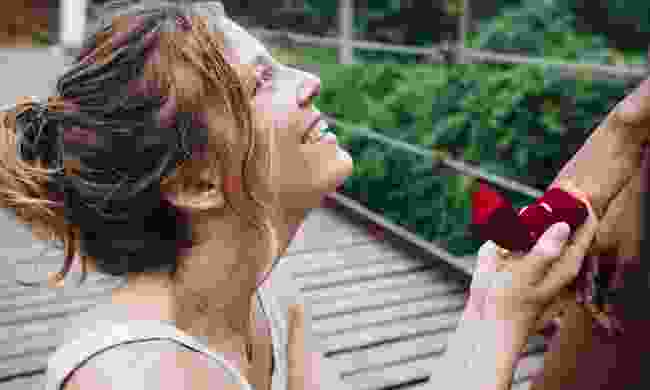 A woman proposing to her girlfriend (Shutterstock)

It goes without saying that, in the modern age, there are no 'rules' about who-proposes-to-who. Women can happily propose to their partners as they please.

But when Saint Brigid of Kildare and Saint Patrick agreed this tradition in Ireland, during the fifth century, women proposing to their boyfriends on 29 February was considered a very big deal.

The practise quickly spread across Europe and has remained the most famous and enduring Leap Year tradition. In Scotland, there’s a further proviso - the woman intending to propose has to wear a red petticoat to give their intended fair warning.

2. But if the man rejects the proposal, there's a price to pay 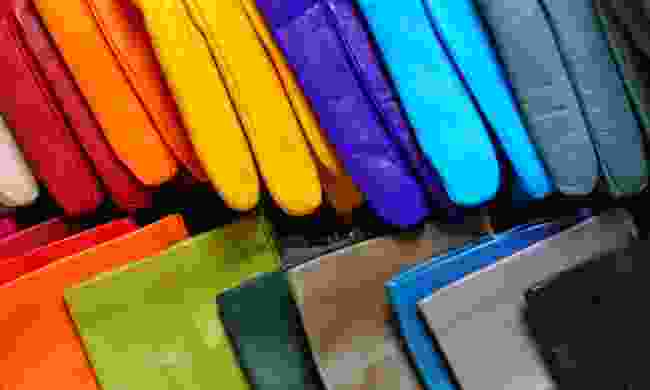 Of course, proposing doesn’t always result in the hoped-for answer. Recognising this, Queen Margaret of Scotland passed a law in 1288 that saw any Scotland man who refused a Leap Day proposal pay fine, usually £1. Sometimes, the fine would be a silk gown.

In Denmark, a man who refuses a proposal during a leap year has to give the woman who asked 12 pairs of gloves, supposedly to hide the shame of not wearing an engagement ring. In Finland, the blow of a refusal has to be softened by enough fabric to make a skirt.

3. The Greeks avoid getting married at all 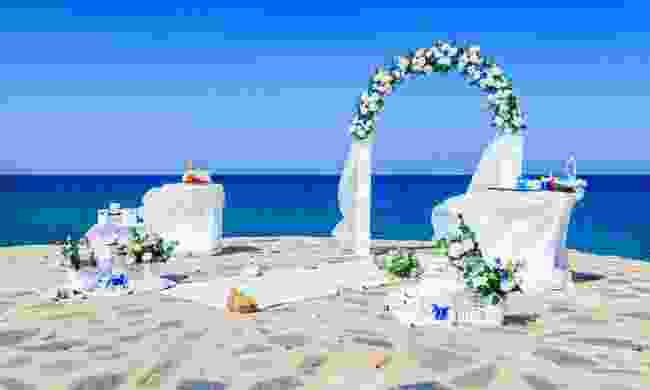 In Greece, it’s considered bad luck to get married in during a leap year. According to ancient superstition, couples that tie the knot during this time are more likely to get divorced.

4. 'Leapers' festival in the USA 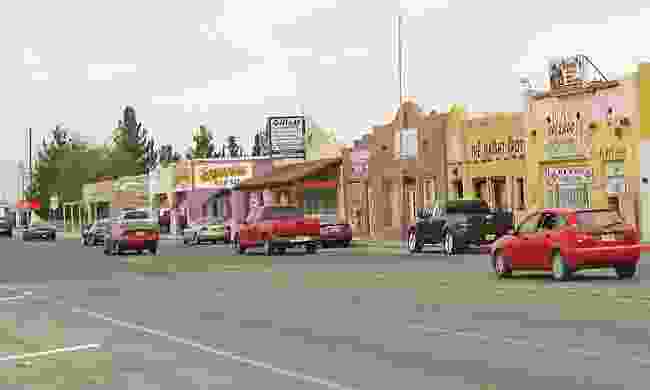 In the USA, the New Mexico town of Anthony has declared itself the Leap Year Capital of the World. Every four years, ‘Leapers’ (those born on 29 February) gather here to celebrate their rare birth date.

Leapers from as far away as Australia and Europe gather at the Sombra Antigua Vineyard and Winery for a ‘Mix and Mingle’, the highlight of the celebrations. Leapers and their plus ones get in for free. Everyone else has to pay for their buffet and wine. 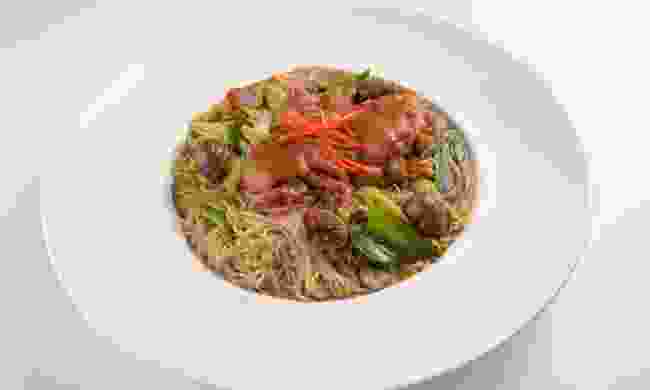 Braised pig trotter with noodles. A lifesaver in Taiwan (Shutterstock)

Leap years are not an auspicious time for old people in Taiwan. In fact, the belief is that they are more likely to die.

To increase their chance of survival, daughters return home to cook up pig trotter noodles for their parents. Tasty, filling and a harbinger of good health and good fortune. 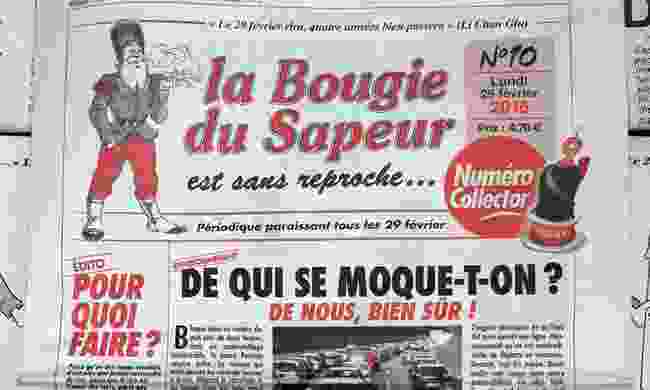 First published in 1980, La Bougie du Sapeur is a satirical French newspaper that only comes out every four years, hitting the newsstands on 29 February. The name translates as Sapper’s Candle, inspired by character in an old French comic strip who was born in a leap year, on Leap Day.

It’s the least frequently published newspaper in the world, but when it does come out it sells around 150,000 copies, more than most of the daily newspapers in France.

7. Birch tree gifts are given in Rhineland, Gemany 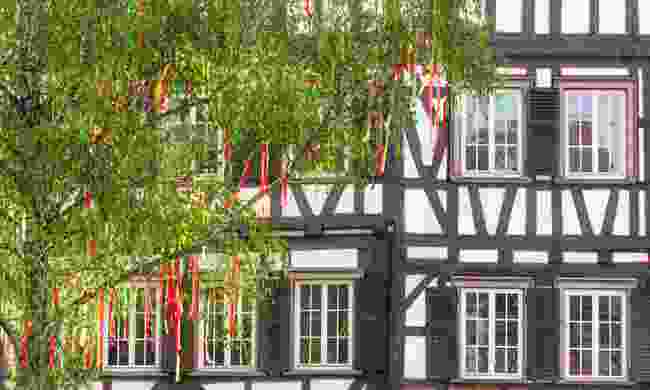 Decorated birch tree in Germany on May Day (Shutterstock)

In the south of Germany, there’s an age-old tradition where a lovestruck boy leaves a small liebesmaie (birch tree), decorated in ribbons, on the doorstep of his crush on May Day.

During a leap year, the girls leave them at the doorstep of the boy of their dreams, instead.

8. The sheep get a bit nervous in Scotland 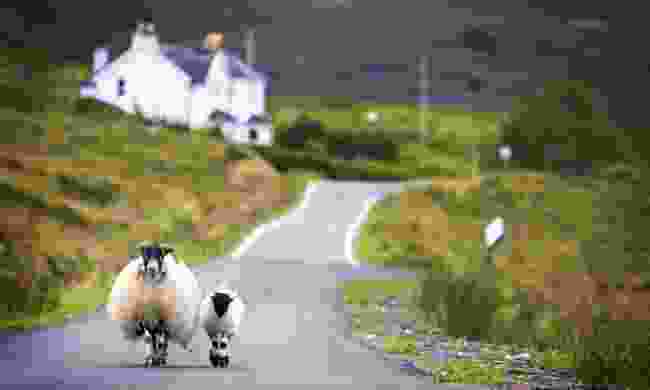 Sheep walking on a road in Scotland. Dangerous, especially during a leap year (Shutterstock)

In Scotland, leap years are regarded as a bad year for livestock, especially sheep. In fact, there’s an old saying: ‘Leap year was ne’er a good sheep year.’

There’s no logical reason why a leap year should be any worse, apart from the minuscule percentage increase in the chances of a mishap that comes from the extra day, but that doesn’t stop Scottish farmers taking a little extra care.

9. And, finally, one for the masses from London... 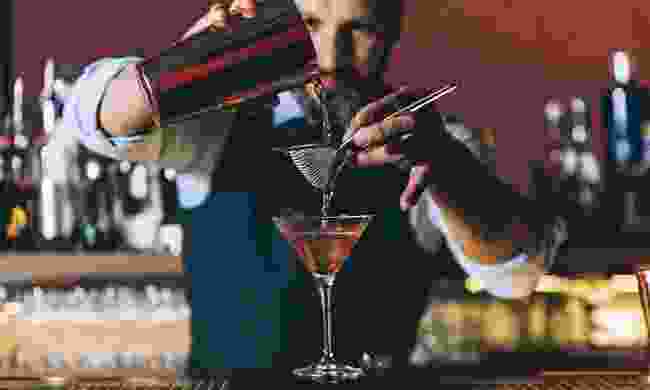 29 February is the perfect occasion to raise a toast to leap year with a specific Leap Day Cocktail. The colourful cousin of the Martini, it was invented in 1928 by Harry Craddock, a bartender at The Savoy in London.

Made of Grand Marnier, sweet vermouth, gin and a dash of lemon juice, it is a bittersweet concoction that captures the ethereal nature of this bizarre day perfectly.

More bizarre traditions from around the world: