Many repeat travellers rate the myriad lakes, gorges and waterfalls of Dalmatia’s Krka National Park even higher than Central Croatia’s Plitvice Lakes National Park. It's easy to see why...

An introduction to Krka National Park... 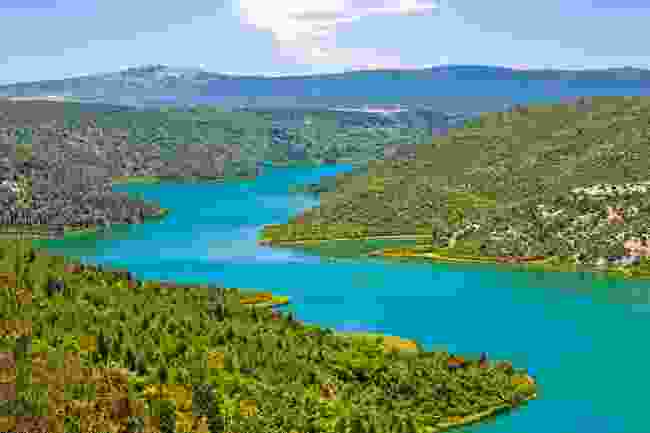 There is really nowhere else quite like Krka, a natural and national wonder of green verdant countryside spread around the 72km Krka River, which tumbles 242m as it burrows seawards.

The national park spreads its aquatic tentacles across a vast area of 109 square kilometres. Unlike Plitvice Lakes National Park, this is no hands off experience.

At Krka, you can immerse yourself, literally, in its pristine waters. It’s like being inside a postcard and being able to swim in the idyllic scene you see depicted.

Then, there's the bountiful flora and fauna, and a mysterious island monastery to explore. Whatever your interest, Krka finds myriad ways to beguile...

How do you get to Krka National Park? 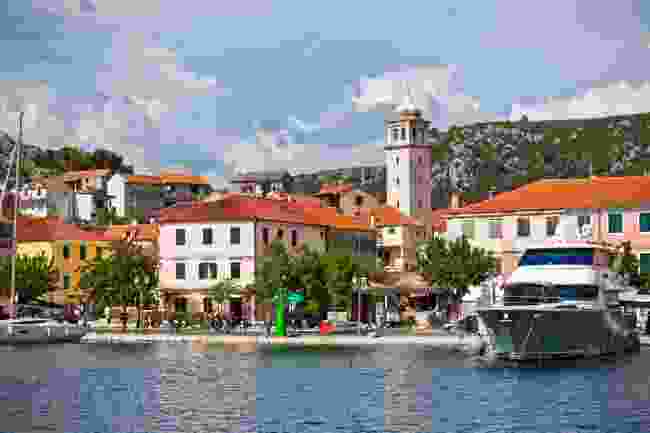 The easiest way to visit Krka is on one of the many day trips that run from towns, cities and resorts along the Dalmatian coast such as Zadar, Sibenik and Split.

Independent travellers will find two ways into the national park. You can park a car at the entrance at Lozovac, where a free bus is included in the admission price to see Krka's main attraction, the Skradinski Buk waterfall.

The other more enjoyable and scenic way in is by boat from the town of Skradin, also included in the ticket price. The energetic can take the 4km walkway and cycle route from Skradin.

“Getting to Krka is easy - usually by boat, or day trips from the nearest towns and cities.

Plan for longer than a day, if you can. You should also aim for a May to September visit.

You're still in season, with ideal swimming temperatures across the park - but you're also avoiding the summer crowds.”

When is the best time to visit Krka National Park? 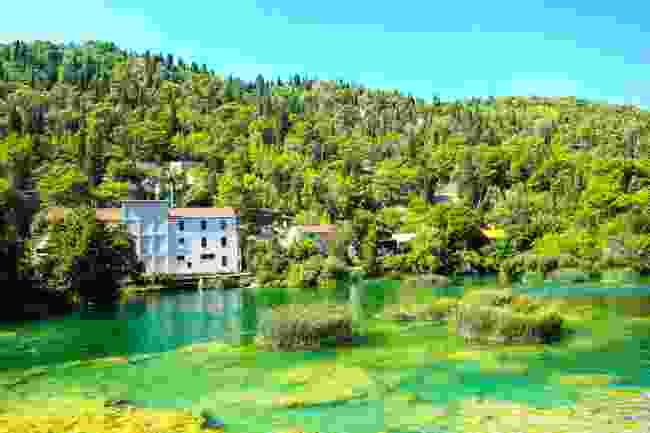 You really want to visit from late spring (end of May) through to early autumn (end of September), so that the temperature is conducive to a swim at Skradinski Buk.

As Croatia is very much a seasonal tourist destination, this also makes sense as this is when all the visitor facilities are open. Though if you want to avoid the crowds, May and September are the best bets.

Does it cost to visit Krka National Park? 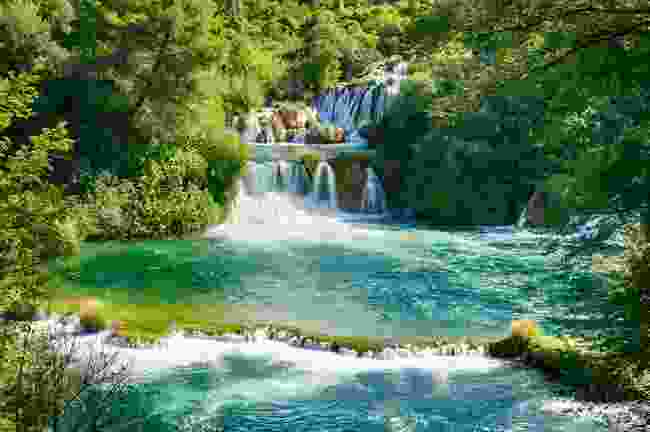 Yes, it costs to visit. The complex pricing system revolves around demand, so it’s only 30 kuna for an adult to visit January to March and November to December.

The price is then hiked up to 100 kuna in April to October, soaring to a whopping 200 kuna in peak season from June to September.

For those aged eight to 18, the fees are 20 kuna, 80 kuna and 120 kuna respectively. Children under seven go free. Note that seasonal boat and bus transport within the park is also included in the entrance fees. 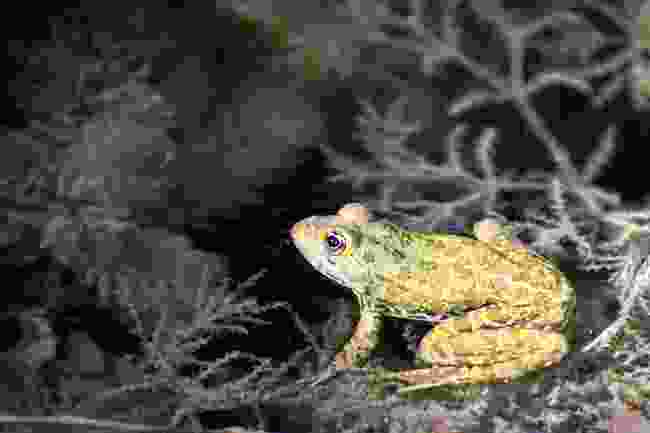 One of the many species living in Krka National Park, Croatia (Dreamstime)

Since 1985, the sweep of bucolic land from the city outskirts of Knin down south to the town of Skradin has been protected as the Krka National Park.

It is an oasis for more than lush flora, but an array of fauna, too. Highlights include dozens of fish species, including brown trout and the Dalmatian barbelgudgeon, plus a rare breed of otter.

There are also almost 20 different breeds of bat, including endangered species. Also in the skies are over 200 species of bird, both residents and migratory, including mighty birds of prey such as ospreys, golden eagles and Bonnelli’s eagle. 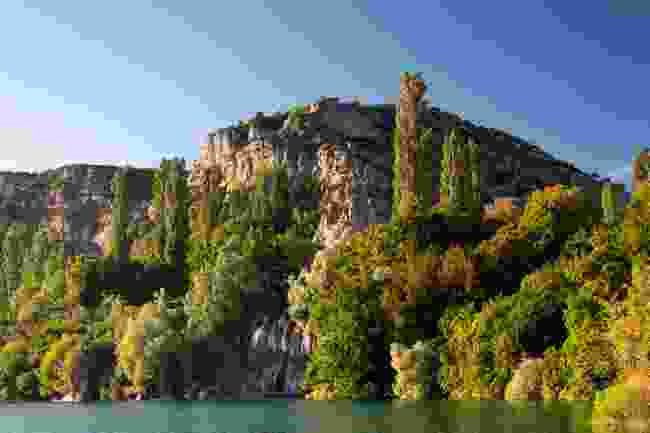 There are seven main waterfalls, or rather waterfall systems, spread across the national park.

Starting at the top of the park we have the 2m high Roski waterfall, which spills down towards the 7km expanse of Visovačko Lake.

At the foot of the lake, Krka River is joined by the Cikola River. The combined force forges through Skradinski Buk (‘buk’ means cascade), a sweep of falls that drops 45m in 17 steps.

These are the largest and most impressive waterfalls of all, and you are allowed to swim at the foot of them. Skradinski Buk is actually a series of smaller falls that are connected together. 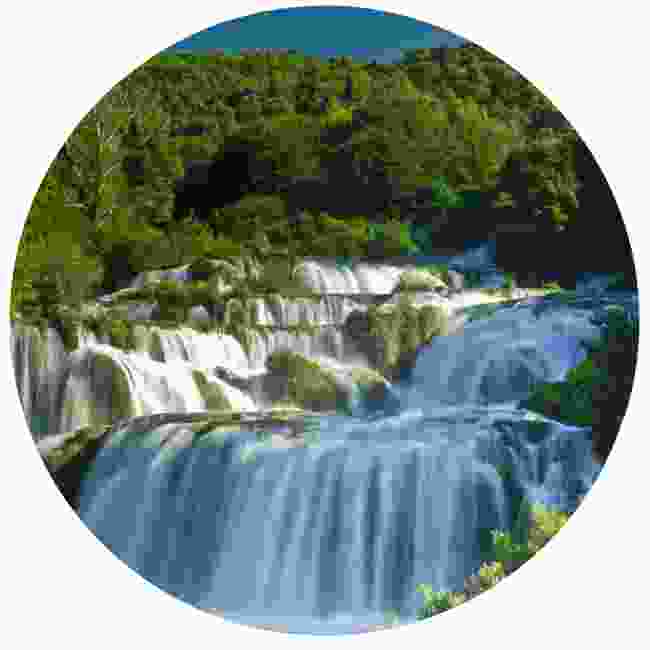 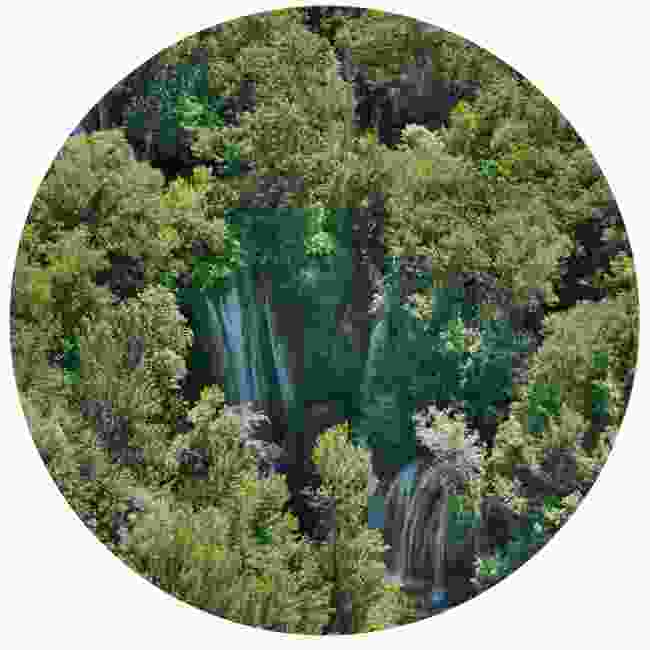 From Skradinski Buk the river is navigable all the way to the Adriatic Sea. As well as the opportunity to swim, there are a series of walkways that really open up this most impressive of natural wonders. Make time to walk the 2km ‘Educational Trail’, which snakes around the falls.

Most visitors stick to the main waterfalls, but it’s worth breaking away from the throng to discover Manojlovac Slap - which locals insist is the park's most spectacular.

The park’s highest waterfall dropsa whopping 59.6m across a 500m long stretch of the river that culminates in a series of abandoned watermills.

Best come in spring for Manojlovac Slap, as water is often drawn off to supply the Miljacka hydroelectric plant in summer. The best view is from the Bukovac side on the Knin-Kistanje road. Note that there are no walking trails down here.

Man has put all that gushing water to good use over the years, though. The lasting legacy is the pre-industrial watermills in the national park.

Many visitors skip by these in their determination to ‘do’ Skradinski Buk and the Visovac Monastery. Make time to check them out properly and you gain an insight into the local culture and history of the area, which has very much been shaped by the lifeblood Krka. You can learn about the techniques used to generate power, the milling itself and what goods they produced. 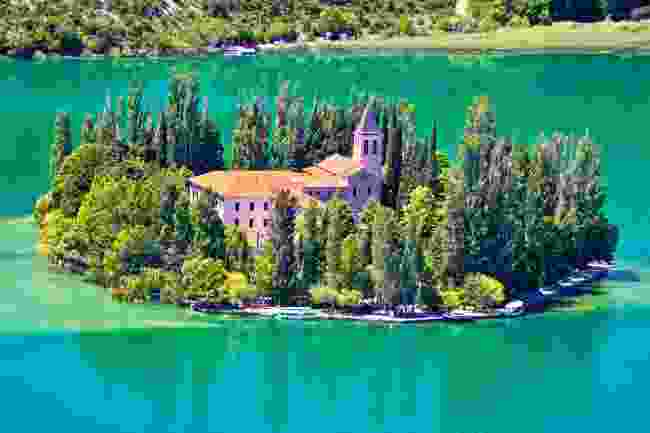 Postcard-ready, and in the middle of Visovačko Lake, is the Franciscan monastery of Visovac.

Originally, the eponymous island was settled by an order of Augustinian monks who established a modest monastery and the Church of Our Lady of Mercy here in the 14th century.

In 1445, the Franciscans arrived from Bosnia and extended the site, before building a new monastery in the 18th century. Interestingly, parts of the 1400s monastery building still remains to this day.

Make sure to explore its collection of ecclesial clothing and also the library, which is home to a rare early edition of Aesop's Fables. Short tours of the monastery are included in the Krka National Park ticket price. 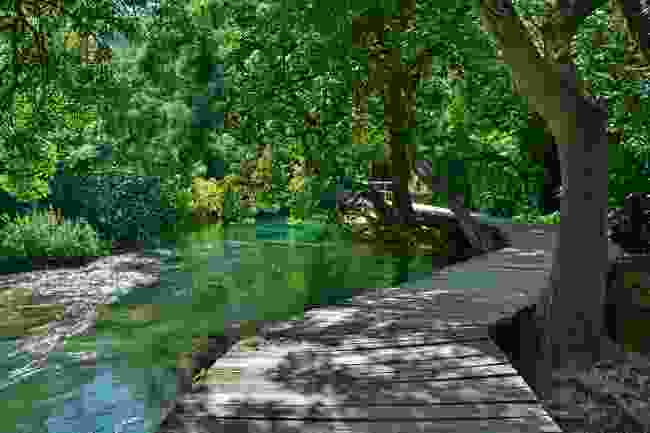 Note that large sections of land were heavily mined in the 1990s during the Croatia’s Homeland War.

Tourist areas and paths have been de-mined, but going off piste in the upper sections of the park and outside its boundaries is not recommended.