The start of spring can only mean one thing: a sea of cherry blossom is starting to wash across Japan, fleetingly covering the country in delicate buds. These fragile flowers only last about two weeks, but there are few sights more magical.

Why is it so special?

When can I see it?

The buds burst first in Japan’s southern subtropical Okinawa Islands, in January. They begin to open on the island of Kyushu by mid-March; the first blooms hit Tokyo, Kyoto and Osaka (on Honshu) late March/early April. The latest flowering is on northerly Hokkaido in early May. The Japan National Tourism Organization tracks the progress of the cherry blossom and produces a forecast each year: projected dates for 2018 have now been released. 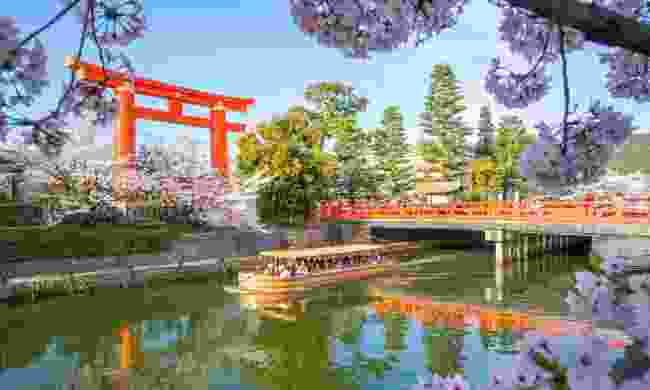 Where can I see it?

The sakura appears across the nation, but some spots have better displays than others. Kyoto is a good place to see the blooms, which drape the city’s abundant shrines (such as tranquil Heian-jingu) and parks; head to Maruyama-Koen to sit beneath a beautiful pink canopy. The castle town of Hirosaki holds the Sakura Matsuri festival, while mountainous Yoshinoyama is home to more than 30,000 cherry trees. In Tokyo, witness brilliant blooms in Inokashira and Ueno parks.

What else should I do in Japan in spring?

Gaze at 3,776m Mount Fuji; spring isn’t the season to climb it (that’s best July-August) but this solitary peak looks best from afar. View it while getting pruney in an onsen (hot spring) in Hakone. Another good onsen choice is Unzen, on Kyushu’s Lake Suwa-ko – the waters are lined with cherry trees.

Take a tour of the capital, including the Tokyo National Museum, Ueno Zoo and a paddle past the blooms of Kitanomaru Park. Also, visit the big bronze Buddha of Kamakura and stroll through cherry blossom tunnels along Nagoya’s Yamazaki River. 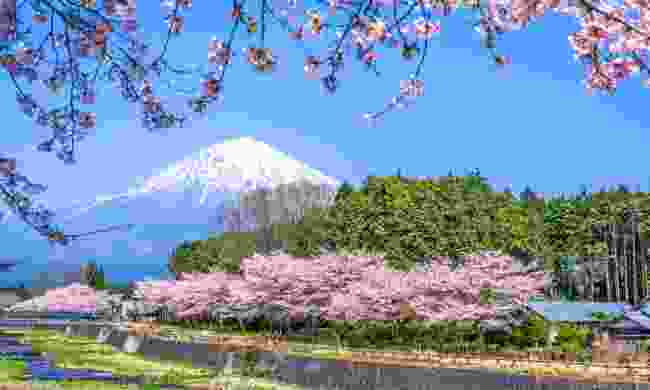 Despite the Japanese love of the cherry blossom, the trees are rarely grown in private gardens – only in parks. This is mainly due to their lack of four-season beauty.