Fact or fiction, the story of King Arthur continues to capture the world's imagination. With the release of a new movie, we list the places in the UK where key events may (or may not) have taken place

1: The Round Table, Winchester 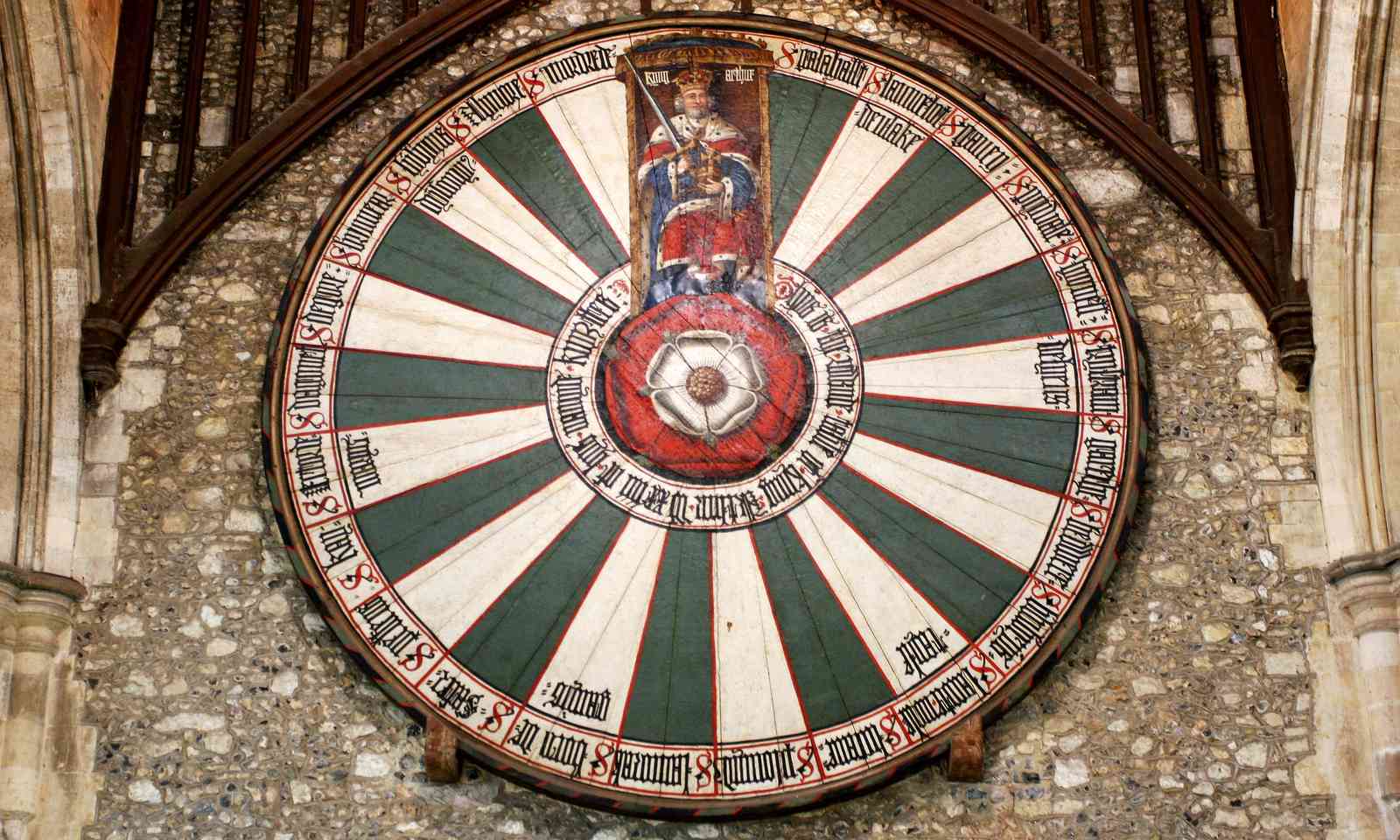 Round Table in Winchester (Dreamstime)

A wedding gift from Guinevere’s father, King Leodagan of Carmelide, the Round Table is an icon of the Arthur Legend, as beloved as Camelot and the Holy Grail. Big enough to seat 150 knights, it was where Arthur plotted and celebrated with the men that served him.

Today, a considerably smaller version of the Round Table hangs from a wall in the Great Hall in Winchester. It only has room for Arthur and 24 of his knights, and thoughtfully allocates a name to each slot to discourage unseemly squabbles about who sat where.

Commissioned by Edward I in 1290, and decorated with a Tudor Rose by Henry VIII, the table is still substantial, 20 feet in diametre and weighing in at a massive 2,600 pounds. It’s one of the most popular tourist spots in Winchester. 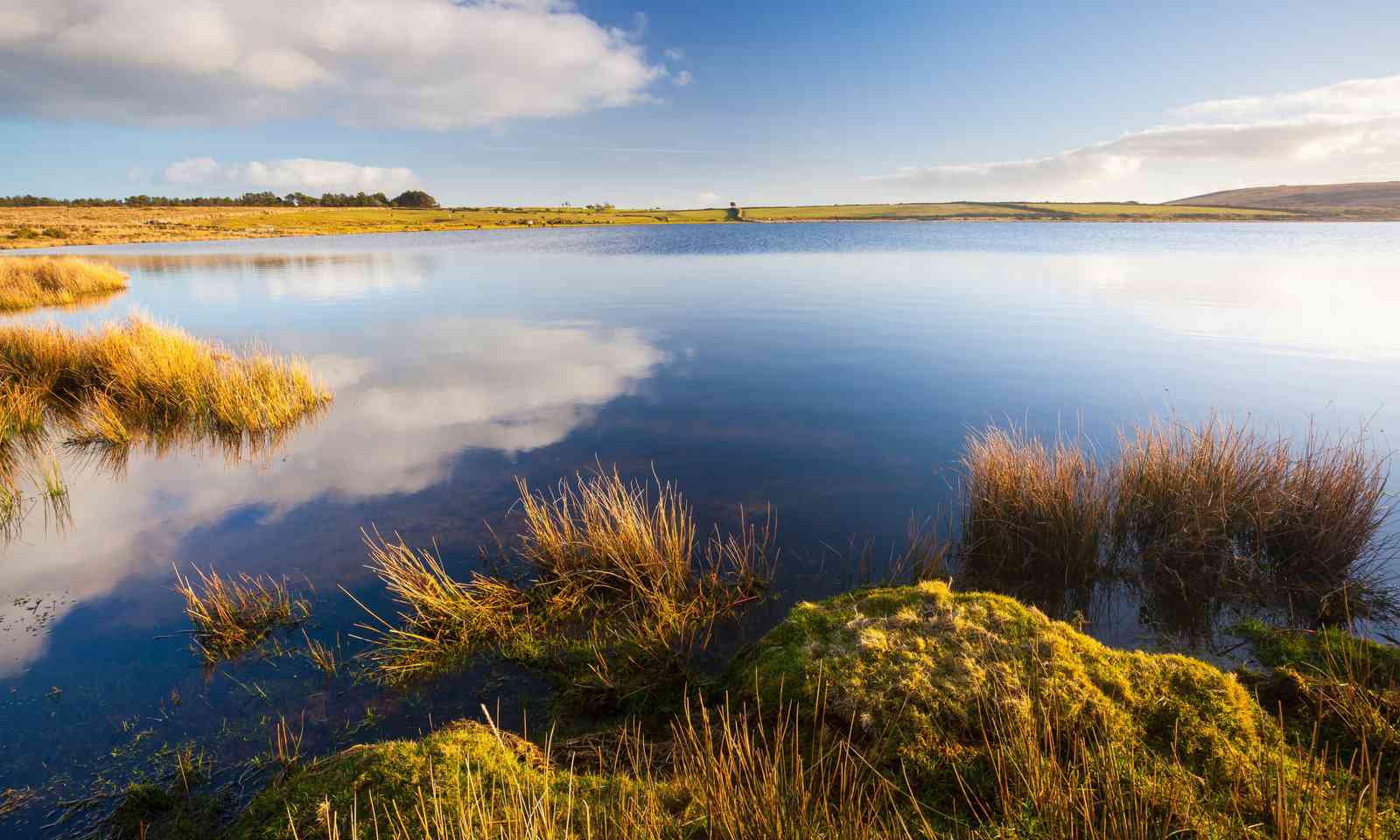 Dozmary Pool. Lady of the Lake not shown. (Dreamstime)

A small lake in the middle of the desolate Bodmin Moor, Dozmary Pool is thought to be the home of the Lady of the Lake, the ethereal, raven-haired woman who bestowed Excalibur upon Arthur, the legendary sword that gave him his powers. It is also where Sir Bedivere returned the sword after Arthur’s death.

Today, the lake and the area around it has been designated an Area of Outstanding Beauty and a Site of Special Scientific Interest. Archaeologists have found traces of Neolithic artefacts on the shores and indications of pagan worship.

No signs of an ancient sword or a mythological lady have been discovered, however, casting doubt on Sir Bedivere’s story that a ‘hand of a woman reached out of the lake and caught the sword’ when he threw it back in. It is now a popular spot for wintering birds and migrating wildfowl. 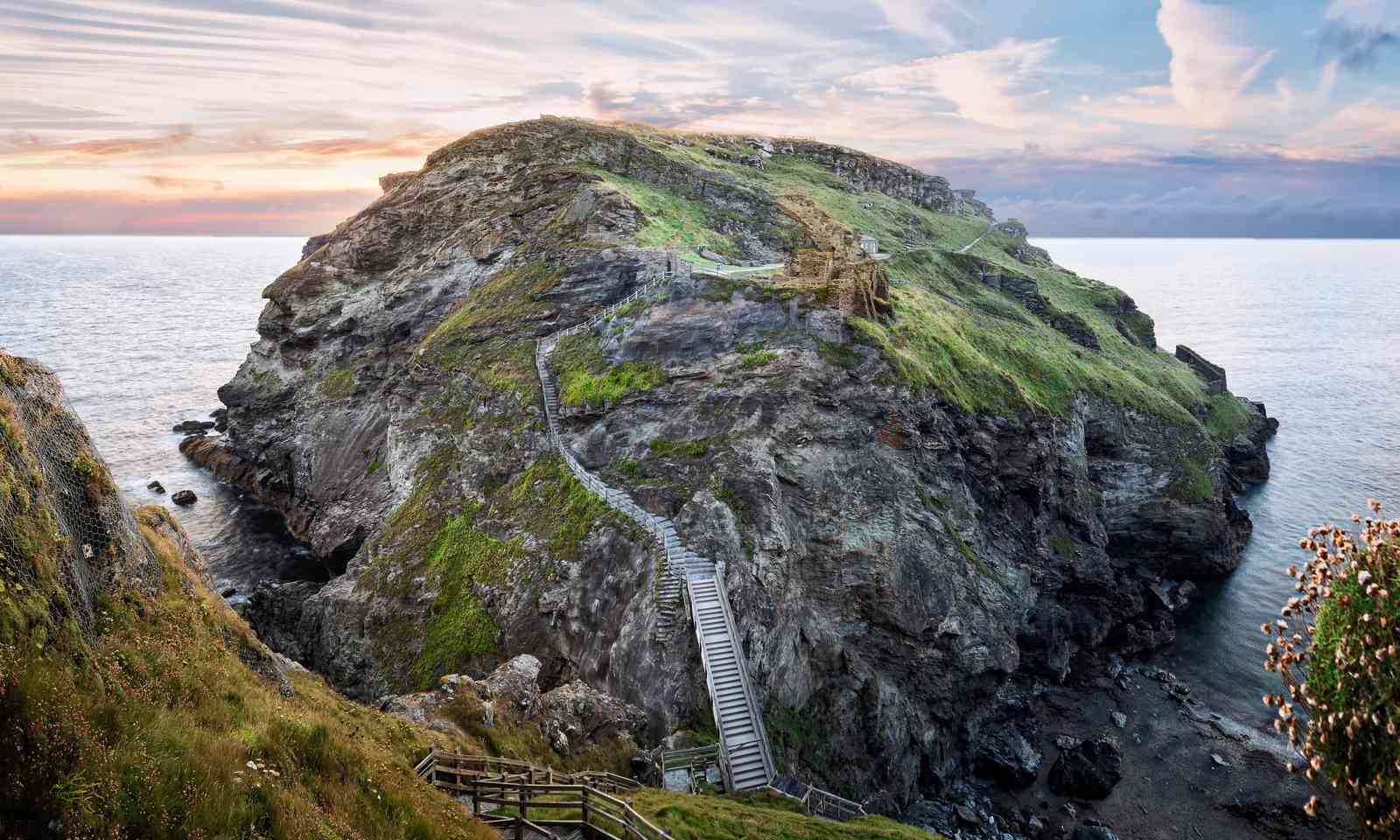 According to legend, Tintagel Castle is not only where King Arthur was born, but also where he was conceived, after Merlin performed a bit of shapeshifting trickery to get Arthur’s Dad, Uther Pendragon, into the bed chamber of Igraine, who was the love of his life but sadly wed to another man, the Duke of Cornwall.

Set dramatically on a peninsula on Tintagel Island, the remains of the castle certainly look like they belong in an Arthurian legend. Built on the site of a more ancient castle by Richard, Earl of Cornwall in the 1230s, it held no military or strategic purpose and was inspired by the Arthurian legend alone. A 3D model of the headland demonstrates how the site has developed through time. 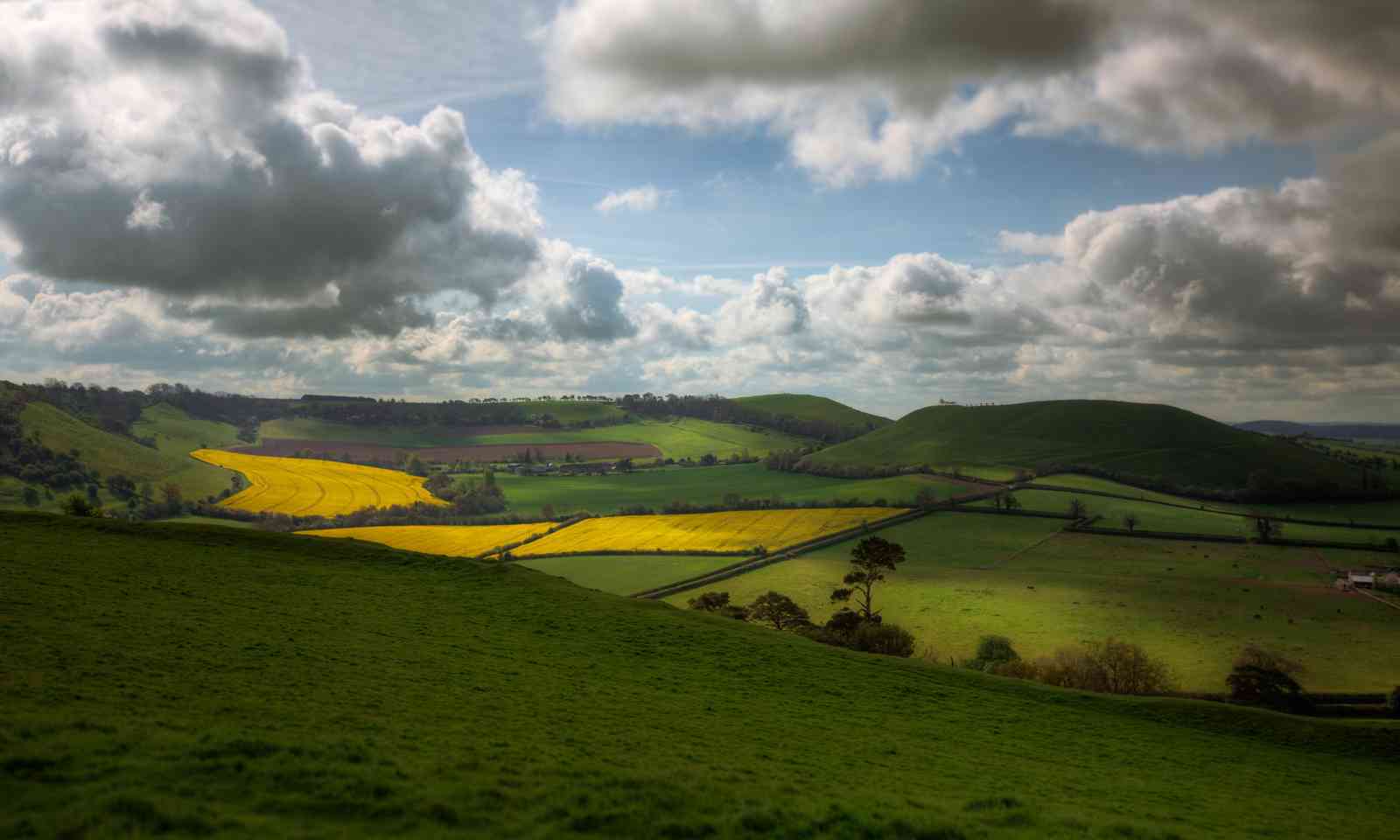 One of a handful of sites around the UK claiming to have been Camelot, Cadbury Castle in Somerset can at least lay claim to have been the stronghold of a warrior king called Arthur, sometime around the 6th Century. Whether it was the King Arthur of legend remains unclear.

What is known is that the 18-acre hill fort was occupied on and off from the time it was constructed during the Iron Age. It fell pretty quickly to the Romans, before being extensively renovated in 400 AD.

Located five miles north-east of Yeovil, modern day visitors can seek out Arthur’s hunting causeway and the obligatory King Arthur’s Well. Be warned: King Arthur and his knights are said to be sleeping in a cave under the castle, and every seven years, on Midsummer’s Day, they ride out across the land at night. 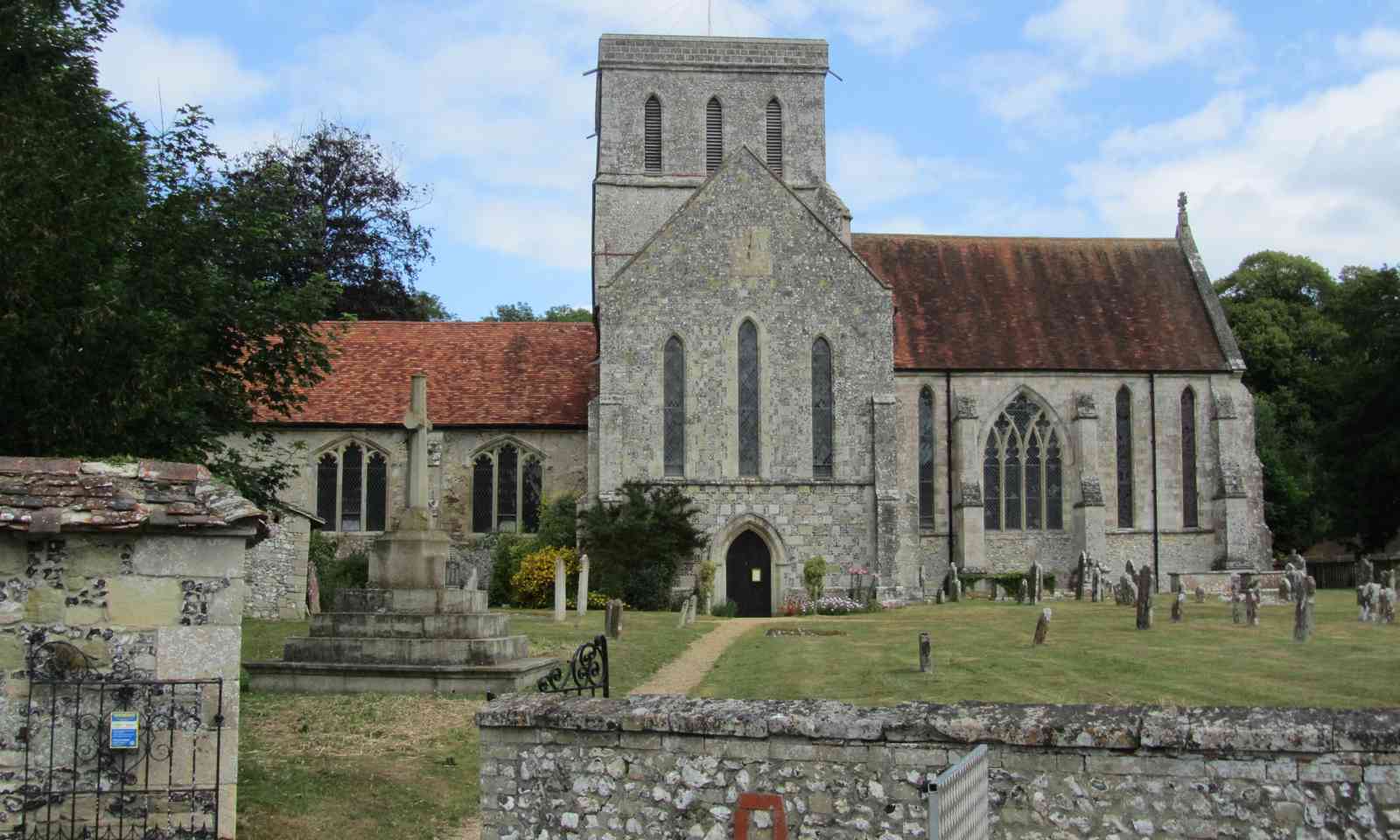 Amesbury is the oldest occupied settlement in Britain and, if legend is to be believed, the place where Guinevere retreated to a convent after Arthur died. According to Thomas Malory, author of Le Morte d’Arthur, she pursued a life of fasting, prayer and penance, receiving the occasional visit from Lancelot but otherwise living a pure and solitary life. Upon her death, Lancelot took her body to Glastonbury and buried her beside Arthur.

Today, the former Benedictine Abbey survives as the Church of St Mary and St Melor, a stout church in the heart of rural Wiltshire. Be aware that a nearby stately home has taken upon the name Amesbury Abbey and operates as a nursing home for the old and frail, some of whom may or may not believe they are Queen Guinevere. Set on an ancient ley line and pungent with patchouli oil, Glastonbury has long been a stronghold of mysticism and spirituality. It should come as no surprise then that it is also rumoured to be the final resting place of King Arthur and his beloved Guinevere.

After being mortally wounded at the Battle of Camlann, Arthur was taken to the healers of the Isle of Avalon (Glastonbury Tor, if legend is to be believed.) Their efforts to save him were in vain and he was buried on the south side of the Lady Chapel at Glastonbury Abbey, conveniently located at the bottom of the hill. When Guinevere died years later, she was interned next to him.

Today, a small plaque marks the spot amongst the atmospheric remains of the abbey. After paying your respects, make sure you pop next door to the Chalice Well gardens, where the waters run rust red, purportedly because that’s where the Holy Grail is buried. Drinking the water from the well is said to have restorative effects. 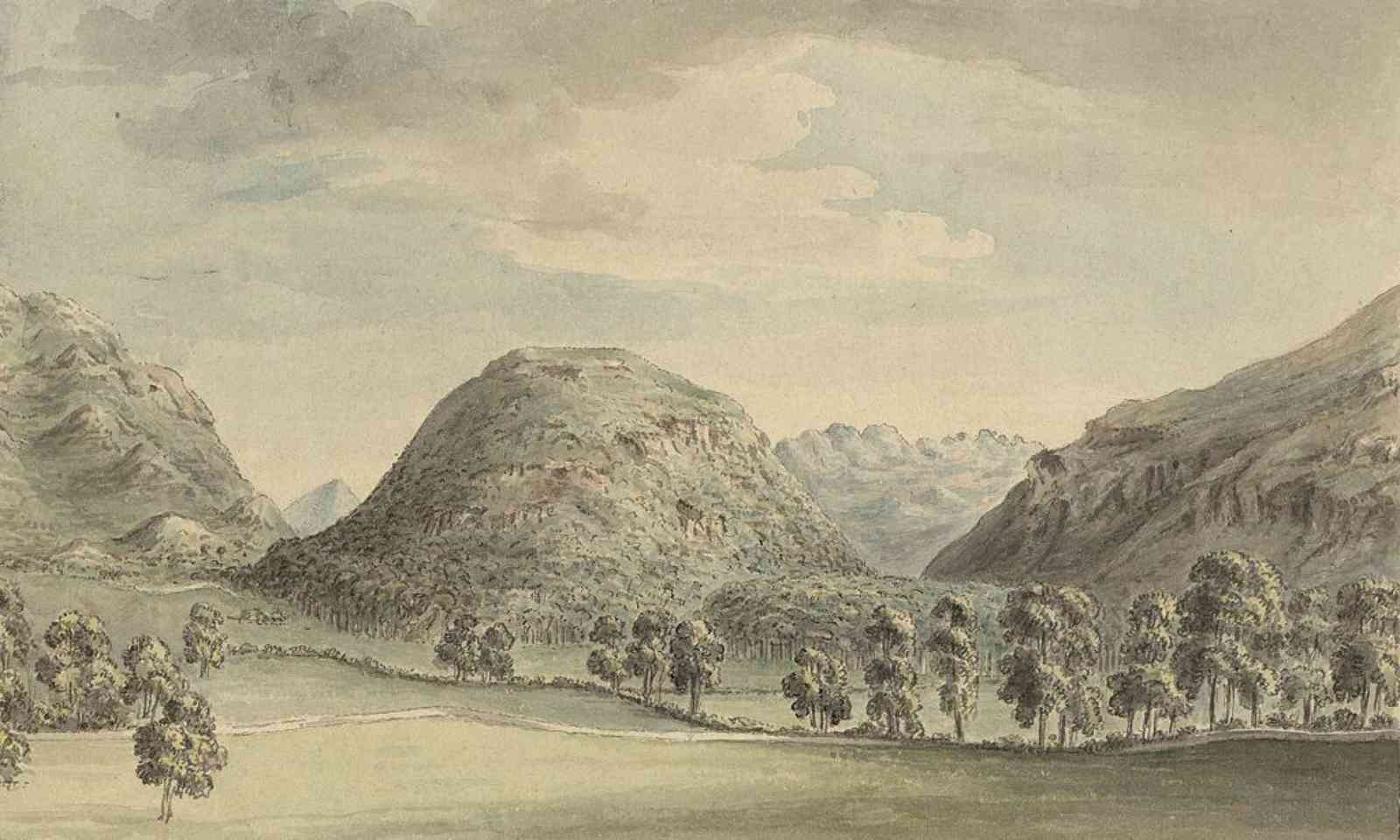 Dinas Emrys, from Pennant's A Tour In Wales, 1778 (National Library of Wales)

This rocky and wooded hillock near Beddgelert in Gwynedd in north-west Wales might not look much today, but it has certainly played an important part in both Arthurian Legend and Welsh history. It is here that Merlin, Arthur’s best friend and supernaturally gifted ally, was born and where two particularly combative dragons, one white, one red, lived. Upon Merlin’s birth, the dragons fought. The red dragon won and was adapted as the national symbol of Wales.

Today, all that remains is base of a stone tower built after the death of Owain Gwynedd in the late 12th century. It is a pleasant walk, rising some 250 feet above the Glaslyn River valley, where visitors will be rewarded with spectacular views over the southern end of Llyn Dinas in Snowdonia.

Guy Ritchie’s film King Arthur: Legend of the Sword, opens in cinemas across the UK on May 19, 2017.