Killing Eve filming locations: Where in Europe was the show filmed?

Assassin Villanelle and agent Eve play cat-and-mouse all over Europe. But where, exactly? Discover where the hit BBC One series was filmed here. It may be somewhere different than you'd expect...

Amidst the snappy dialogue, the jaw-dropping fashion and epic plot twists are a host of European filming locations. With a mix of popular cities, a touch of the countryside and a lesser-known gem or two, the series' backdrops start to read like a low-key InterRail adventure.

Here’s where Killing Eve was filmed in Europe… 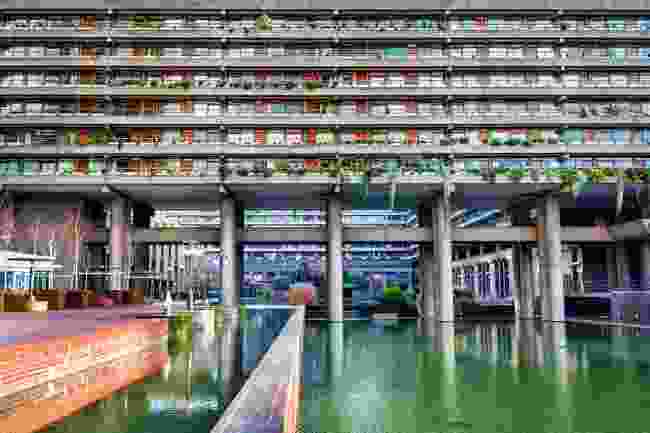 Killing Eve is shot all over London, from Holborn to Haringey. You could argue the city is one of the series' stars.

The Art Deco, Grade II-listed Hornsey Town Hall is used to represent a Moscow café, while Eve meets her ex-boss with the iconic Barbican Estate in the background. Camden, Clerkenwell, Hampstead and The Mildmay Club all make an appearance, too.

In the show’s third season, Eve is seen in New Malden, a suburb in south-west London. Sandra, a Canadian actor of Korean descent, noted in a 2019 interview that New Malden has a large population of Koreans (both North and South), reportedly the biggest in Europe.

She said: "The next place that Eve gets to spend much of her time in is the beautiful village of New Malden. I honestly had no idea that the largest Korean population in Europe is in New Malden. That’s a bit of a giveaway, but it was very exciting for me to be closer to Korean food." 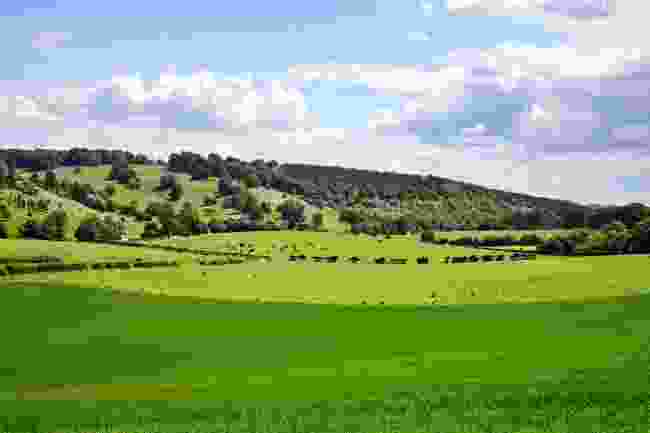 The Chilterns are considered an Area of Outstanding Natural Beauty, and cover four counties: Buckinghamshire, Oxfordshire, Hertfordshire and Bedfordshire.

Turville, a small and peaceful Chilterns village in Buckinghamshire, is far away from the hustle and bustle of city life, and has a church and the Cobstone Windmill to visit. 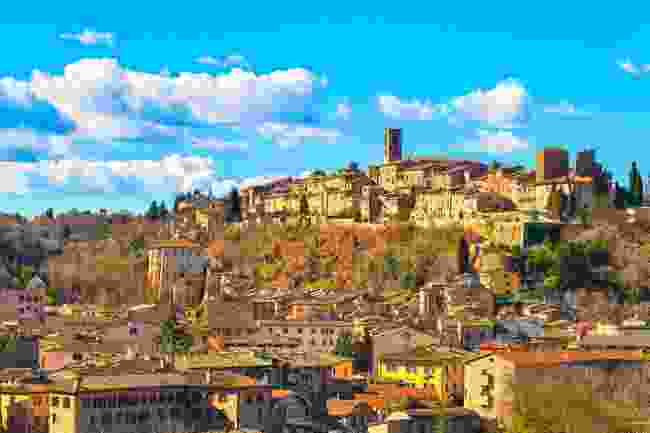 Several scenes in Killing Eve’s first ever episode were set in the Tuscan region of Italy, when assassin Villanelle is sent to kill a mafia boss.

Bar Garibaldi in the small town of Colle di Val d'Elsa, near Siena, was used for filming that famous ice cream scene.

One eagle-eyed fan also pointed out that a road near the Tuscan commune Casole d'Elsa was seen in shot. 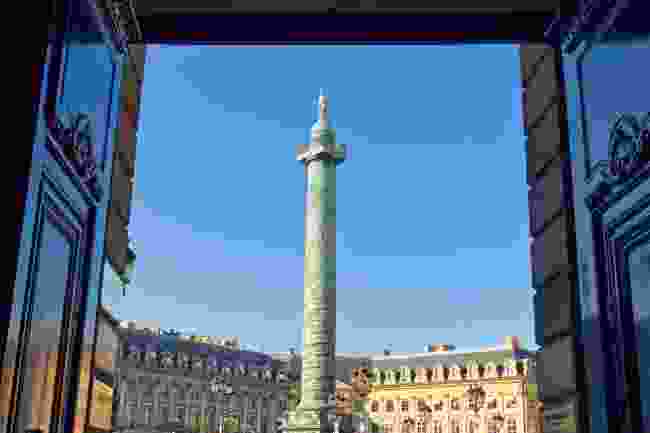 Though Villanelle’s stylish, spacious and sought-after Parisian apartment is actually part of a studio in London (sorry!), the series does do some filming in the romanticised French capital. 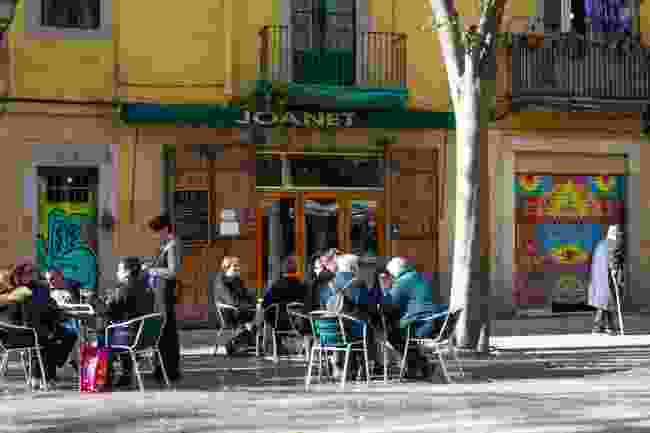 In the third season, Villanelle is no longer based in Paris but living in Barcelona.

When not at her new digs, she's spotted roaming the Plaça de la Barceloneta and at the Joanet café on Plaça Sant Agustí Vell.

Jodie told the BBC: "Barcelona was also beautiful. She doesn’t have a gorgeous apartment in Paris anymore and Barcelona is where she’s based. It’s a really nice opening to the series because there’s a lot of colour, it’s vibrant and moving really quickly." 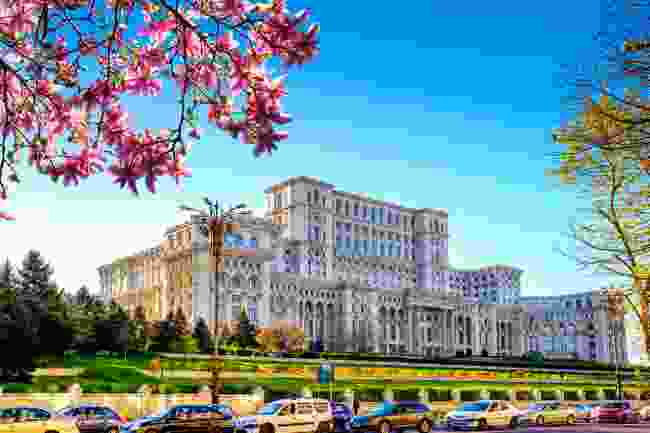 Romania’s capital was used to fill in for Moscow on numerous occasions, and even a few back streets in Paris.

In the first season, 25-33 Strada George Enescu was used for the exterior shots of Hotel Atlasov.

“Bucharest doubled for Moscow,” confirmed Sandra on the Jimmy Kimmel Show, sharing her love for the country and the local crew.

"I really love Romania, I really love Bucharest, because I think there’s something about a post-Soviet way of getting things done.” 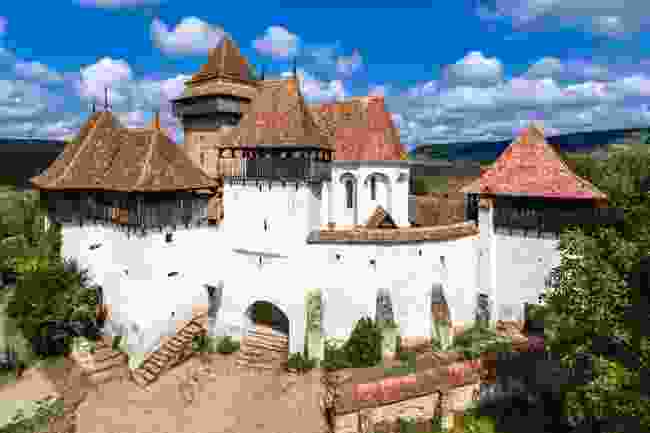 For the third season, filming took place in the Romanian village of Viscri, about three hours and 40 minutes away from Bucharest.

"We shot in this beautiful Romanian village called Viscri. It’s a UNESCO Heritage Site which Prince Charles helped set up and they actually have a residence there,” Sandra said in a 2019 interview.

"I would walk to set, down the street and go through Prince Charles’ house because our production office was there.”

The charming 12th century village, and its UNESCO-listed church, are usually included in tours of the classic Transylvanian countryside. 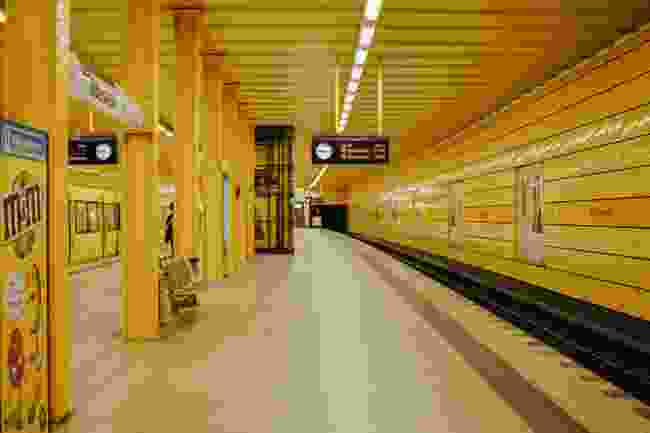 Most of Killing Eve’s German scenes were filmed in London, using a nightclub in the UK capital to fill in for the legendary techno club Berghain.

One shot that did make it in from Berlin itself: the minimalist, yellow-tiled Weberwiese Station. The U-Bahn stop is where Villanelle and Bill first meet. 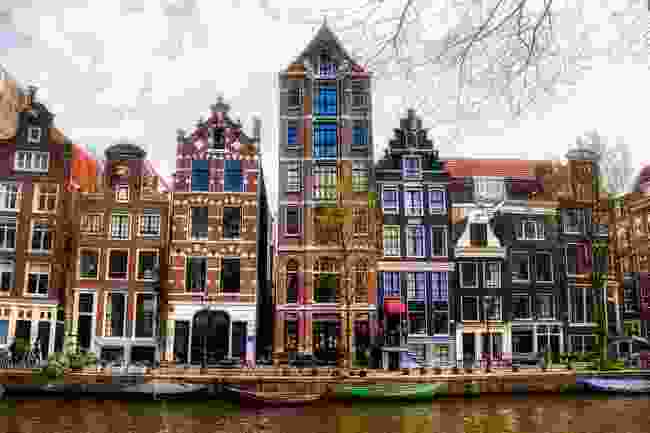 There are also a few street shots seen in the series, including Brouwersgracht and along the canal at Herengracht. A classic view of the city.

24 films to take you around the globe