Kate Humble: “It can go absolutely tits up.”

As she gets ready to fly out to Hudson Bay in Canada to film Arctic Live, we talk to Kate Humble about polar bears, fairy tales, oil, climate change, thermal pants and bees

You’ll be filming Arctic Live in Hudson Bay in Churchill, Canada. What are you most looking forward to? 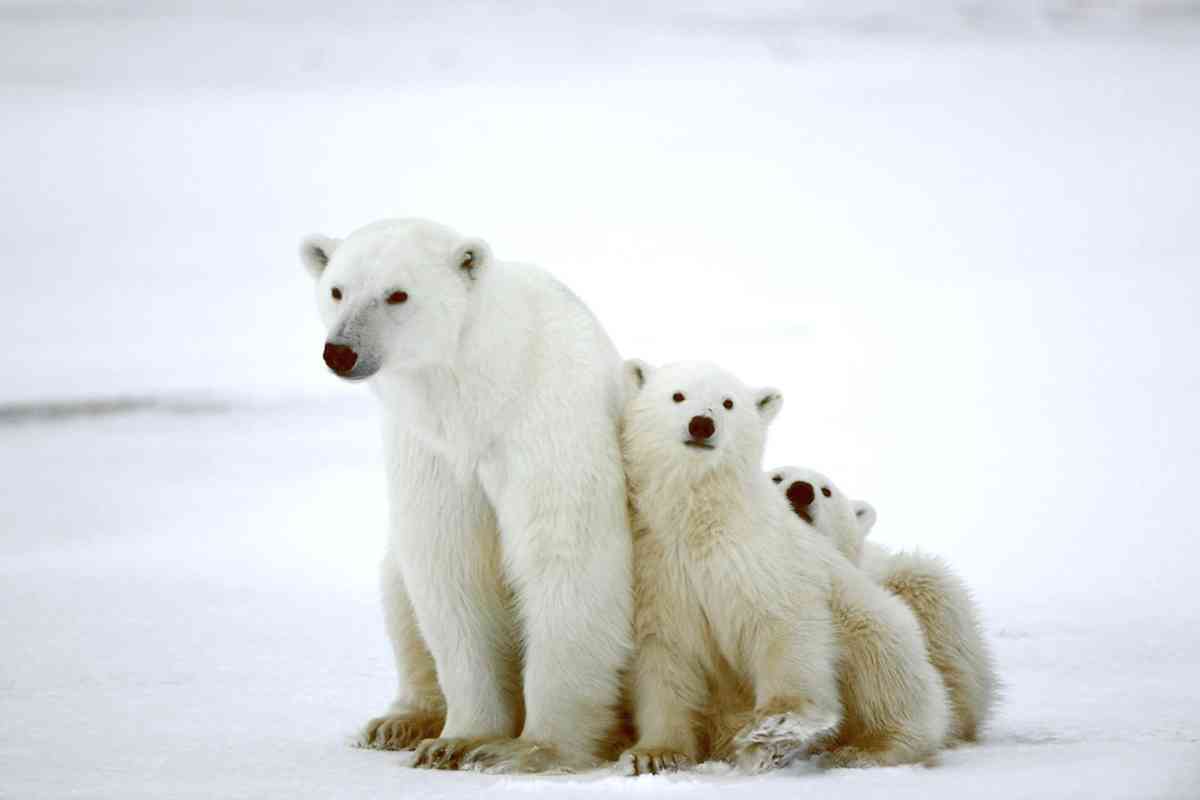 Polar bear family on the snow and ice (Dreamstime)

Why do you think polar bears fascinate people so much?

They’ve become the poster species for a part of the world that many of us hold dear in our hearts, even if we’ve never been to the Arctic. The Arctic is almost like a mythical and mystical place. It’s a place of fairy tales, a place of great explorers, of snow queens, of ice princesses. It’s the sort of place that captured our imaginations when we were very young. The polar bear is intrinsically wrapped up with that very magical landscape. That’s one of the reasons people have such an emotional response to it.

But the polar bear has also become a symbol of a very fragile part of the world. We’ve seen in recent decades just how quickly the Arctic is changing and what effect that’s having on the wildlife and communities that live there. The polar bear is a very potent symbol of a part of the world that is taking the brunt of our changing climate and of humans incessant need for exploiting the worlds resources.

Is there a risk with a live show like this that we’ll end up looking at empty fields of snow if they don’t show up?

Yes, of course, because we can’t send an email to The Polar Bear Cooperative and say “Oh guys, could you just turn up about three o'clock in the afternoon because our cameras are going to be there?”

There are plenty of live programs that are much more predictable, and you can go through your running order and production notes. But with programs like this, you could have all the best-laid plans and they can go absolutely tits up in the first minute. We like to think we’re in charge but actually we’re not. That’s what makes it so exciting. That’s what I love about it: it is properly live television, dictated by something other than us. 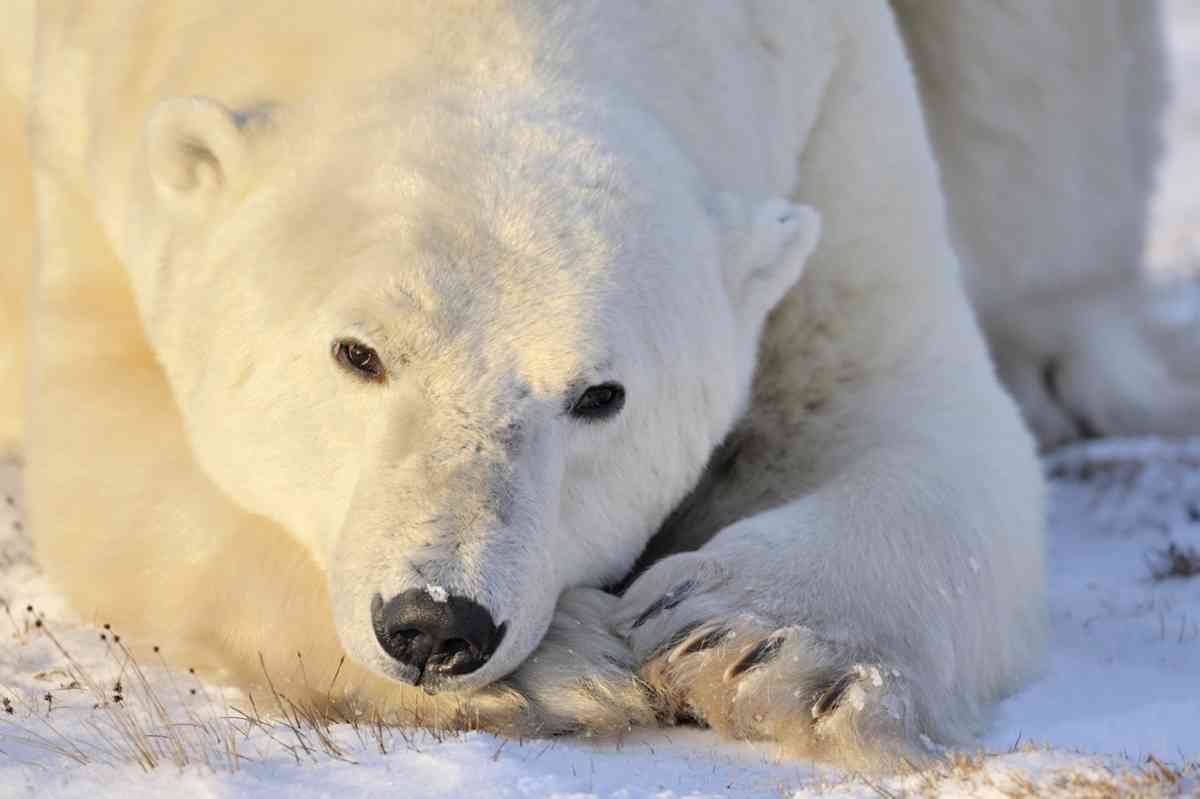 What else are you hoping to see out there?

Churchill is a place where there’s been, and continues to be, the stark realities of this changing Arctic, where you see things like human/wildlife conflict. Churchill’s well known for polar bears literally walking into town. One of the reasons we wanted to be there was to explore the impact of this conflict between wildlife and humans, where both feel they have very good reason and every right to be in this part of the world, and how you deal with that. You’ve also spent some time filming in Alaska for the program. What are your thoughts on the tension between conserving Alaska’s valuable wilderness and using it’s resources, namely oil?

One thing that’s become very clear over the time I’ve spent in different Arctic communities is that there’s nothing black and white about the Arctic. There’s no straightforward good scenario. There are no outward baddies and outward goodies. It’s a very complex place.

Alaska has America’s biggest oil reserve, or did have, and the Prudhoe Oil Field and the pipeline that runs from the north coast of Alaska down to Valdes on the south coast is a hugely important feature of the American economy. The revenue that comes from this oil has been shared out amongst all the people of Alaska, including the indigenous population that lives up on that north coast.

But that comes at a cost, because that dependency they’ve now developed on that oil money means they are really linked up and dependent on oil extraction, but the use of that oil is the thing that is undermining the very land that they live on and threatening their traditional way of life, which they still hold very dear.

The use of fossil fuels is causing mass coastal erosion. The perma frost is melting and we’ll never get it back. The sea ice forms later and is not so thick, which has a direct impact on their ability to hunt whales. These people have unwittingly made a pact with the very thing that could completely destroy their livelihood, their way of life and traditions. 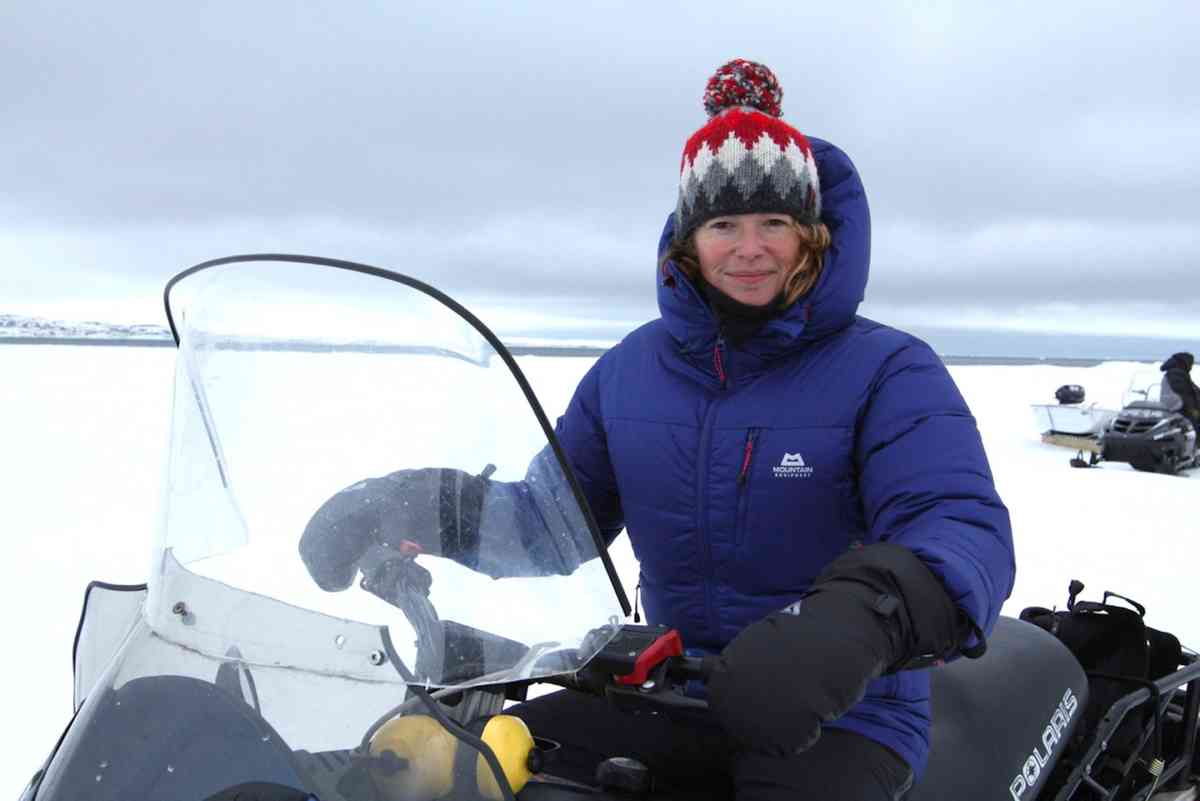 Kate Humble on a snowmobile (BBC)

Are you packing some full-on gear?

I am packing some proper Arctic gear. I’ve got an Arctic parka, lots of layering, and lots of Merino, right down to the pants. And boots, which are very important. I’m going to be on a tundra buggy, a special vehicle that can go out to the tundra two hours outside of Churchill, the place where we hope to see the bears. The likelihood is that there will be bears wandering around, so we can’t wander around. I’m going to be quite static and everybody knows that one of the real killers in the cold is to not move around very much, so gear is going to be very important to me.

We’re taking a pretty skeleton crew. And the series’ producer said, “I’m sorry, Kate, but I don’t think we can take a make-up artist with us,” to which I just laughed because I know from experience that if you try and wear make-up in extreme cold conditions, it just freezes and you end up with a lot of mascara clumps on your face, looking like you just came out of a chimney.

You mentioned you’d never been to Churchill. Is there anywhere else on your Bucket List you’ve never been to?

I heard you’re a beekeeper. How are your bees?

The bees did quite well this year actually. The year didn’t start brilliantly, but it ended well. The summer turned around and we had a good honey crop. 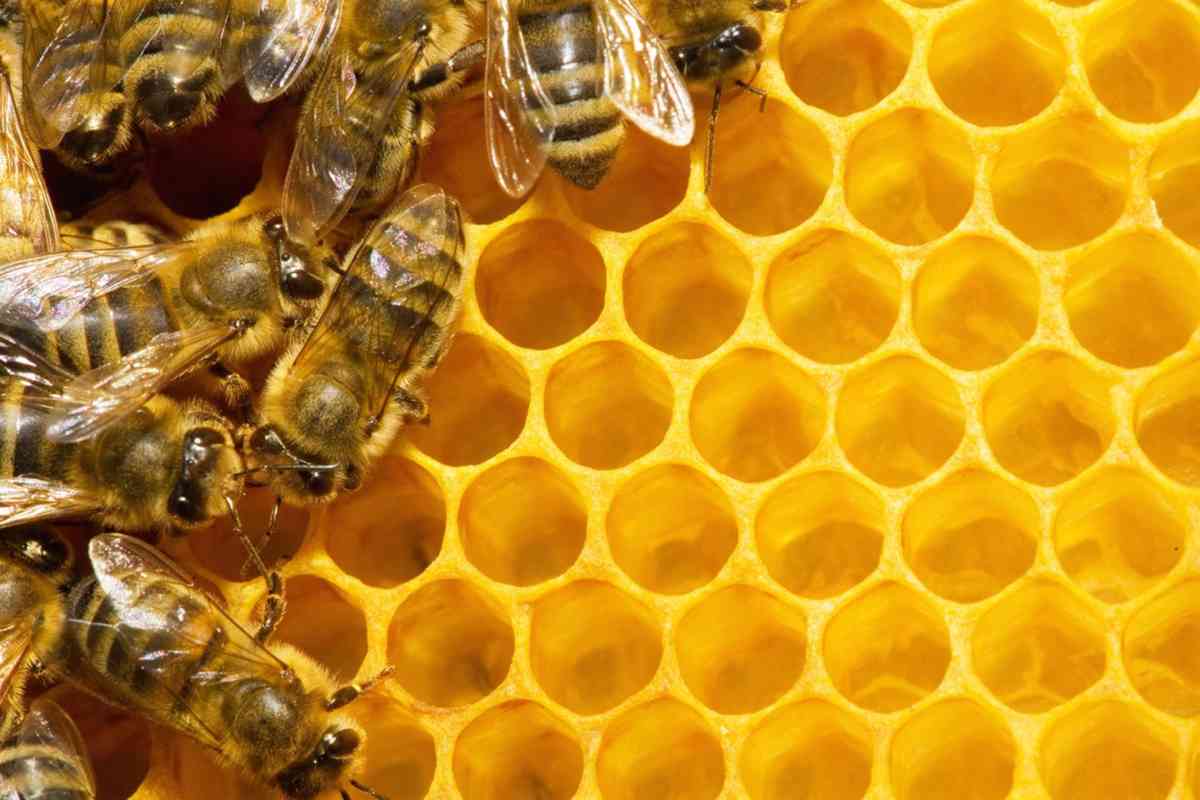 Any tips for would-be beekeepers?

There’s not much you can do about something where the fortune of it is so intrinsically linked to the weather, but I would say to anybody who is thinking about keeping bees: do it.

You don’t have to do it in a way that means you have to collect honey. There are lovely ways of supporting bee populations, not just the honey bee populations. A good charity to talk to and get advice from is Bees For Development. They do wonderful work in the developing world with local beekeepers, but also help beekeepers in the UK to support the vital pollinators.

Arctic Live will broadcast live from Churchill, Canada on BBC Two every day between November 1-3 at 8pm, presented by Kate Humble, Simon Reeve and Gordon Buchanan.