6 reasons why you need to visit Kalamata, Greece

Situated on the sun-soaked Peloponnese, the bustling seaside city of Kalamata is a land of castles, ancient ruins and beautiful sunsets. And olives the locals will tell you are the best in the world...

Located in the northern part of the city, just below the castle, Kalamata Old Town is a chaotic jumble of churches and artisanal shops, all hidden in a maze of cobbled streets. Set out in any direction and you’re sure to stumble upon a scene of authentic Peloponnese life.

It is home to some of the most important churches in the region. The church of Agioi Apostoloi has had a long and complex history. It was where the revolt against the Turks began in 1821 and its walls are lined with paintings and icons, many of them hundreds of years old.

Ypapantis cathedral dominates the old town and is a favourite with locals for christenings and weddings. Make sure you pop into the Nunnery next door. 17 nuns live and work there, producing silk headscarves using traditional looms. 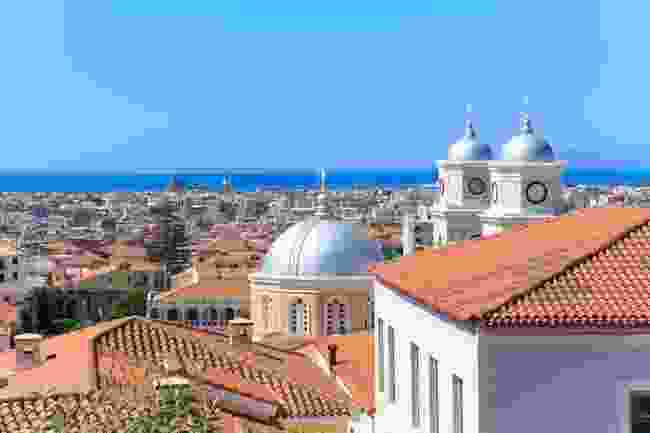 A view of Kalamata from above (Shutterstock)

There are plenty of museums in the old town, too. The Archaeological museum gives a good overview of the history of the region, displaying artefacts from important sites like the ancient city of Messini.

The Warfare Museum chronicles the tools and methods of combat throughout the ages. And the Folklore Museum displays examples of the traditional arts and crafts the region is famous for.

3. The ancient city of Messini 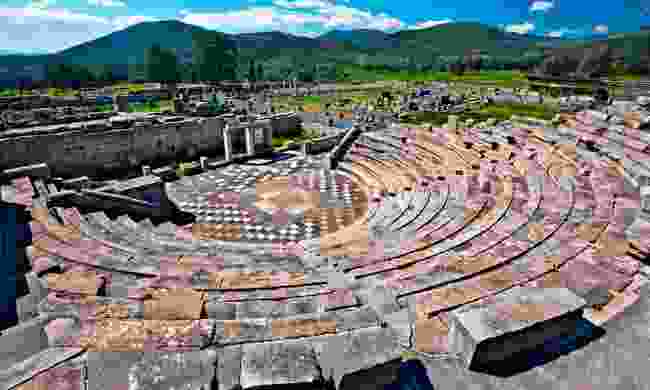 Ruins of the theatre in Messini (Shutterstock)

Built in 371 BC by the Theban general Epaminondas, the ancient city Messini was designed to protect the locals from the Spartans. A nine kilometre wall was built along the ridges, surrounding a thriving town that included an amphitheatre  a treasury and a sanctuary dedicated to Artemis Orthia. The ruins are as extensive as those of Olympia and Epidavros, but receive hardly any visitors.

The ruins are picturesquely situated on a hillside, just below the village of Mavromati and are best visited in the morning or afternoon, when the sun is less fierce. Wander through the large theatre, stop at the agora (marketplace), marvel at the giant columns in the Sanctuary of Asclepius or take a seat in the stadium, one of the most intact in Greece. Excavations are still underway, and each year more treasures from the city’s 2,300 year old history are revealed. 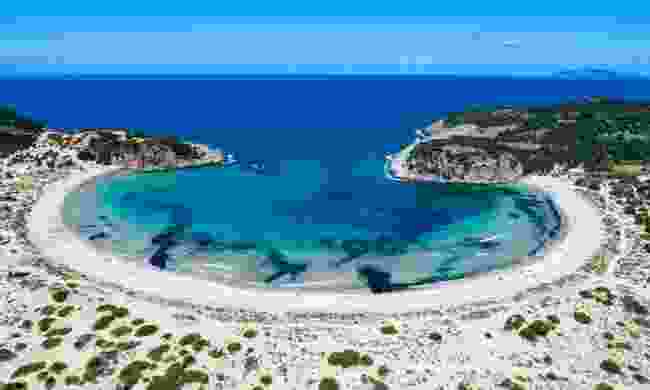 Kalamata itself is surrounded by close to four kilometres of golden sand, all within easy reach of the centre and lined with bustling beach bars, lively restaurants and all the accruements of a popular seaside town. Water sports are available, too, including guided snorkelling tours and PADI-approved scuba-diving courses.

The city’s position in the heart of the spectacular Messinia coastline means that the regions other famous beaches are within easy reach. Some are set in secluded coves, like Foneas Beach in Western Mani. Others, like Velika, are much longer.

One beach well worth a visit is Voidokilia Bay, close to Pylos. It forms the perfect omega sign, a white sand crescent bookended by rocky hills. It was also featured in Homer’s famously epic poem, The Odyssey. 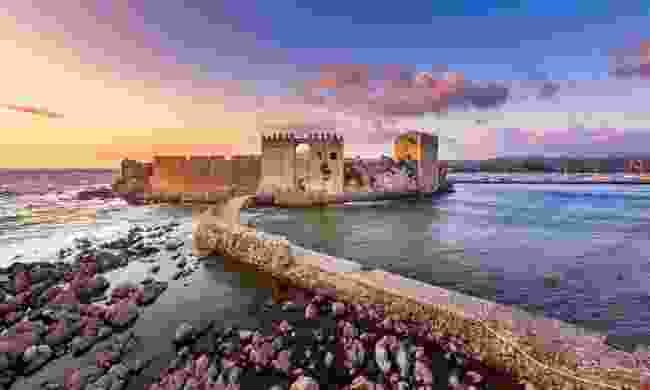 Kalamata’s castle is located on a small hill at the back of the old town and is one of the most popular tourist attractions in the town. Built by the Francs in the 13th century, it provided sanctuary to locals during the revolution against the Turks in 1821 and survived the 1986 earthquake largely intact. It is a haven of peace and serenity and the best place in the city to watch the sun set.

As befits a region with such a turbulent history, the area around Kalamata is dotted with impressive castles that are well worth a visit. Methoni Castle occupies a small islet near the port town of the same name, and is fortified with an octagonal tower. It is protected by the sea on its three sides and is reached by crossing a stone bridge with 14 arches.

Nearby Pylos has its own castle too, sitting on top of a hill near the centre of the city. It too was built by the Franks and provided protection to the citizens of this part of the Bay of Navarino. 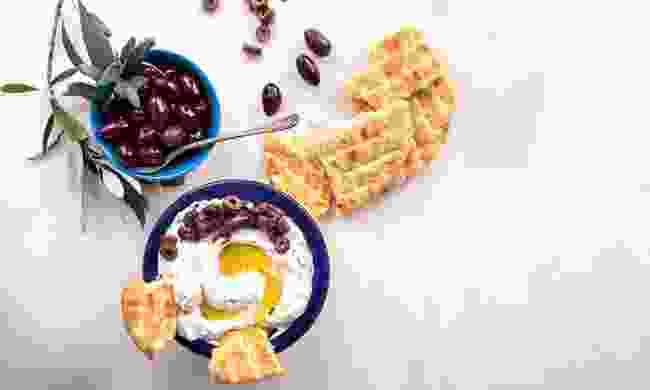 The best way to eat olives in Kalamata (Shutterstock)

Olives trees have been cultivated in this part of Greece for over 3,600 years. The trees, with their tangled trunks and silver leaves, outnumber the residents of Kalamata close to 100 to one.

The local black Kalamata olives are the best known variety, so a visit to a local producer to sample the olives and pick up a bottle of extra virgin olive oil is a must. Most of the local producers are still small scale and family run, making it a truly authentic experience.

Or you could simply visit Kalamata’s incredible central market. Over 450 producers and vendors set out their stalls here every Wednesday and Saturday to sell a multitude of fruits and vegetables, including Kalamata olives. You’ll find other local tasty treats too, including sfela cheese (a semi-hard cheese made from sheep or cow milk), pasteli, honey, lalagia (a type of fried dough), and Poliani apples.