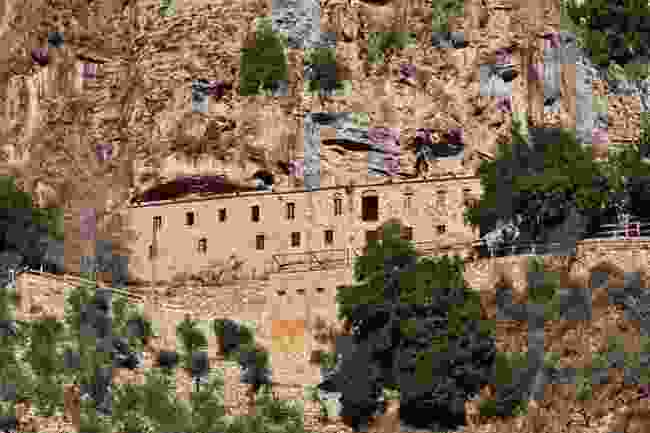 One of Kadisha's many monasteries (Shutterstock)

Lebanon's Kadisha Valley is a tiara of snow-capped mountains, stretched out as far as the horizon. A series of parallel, interlacing Vs, in natural shades of green, blue and grey.

The troughs below plunge deep with steep walls of rugged rock, covered with pine forests and carpets of yellow and white spring flowers, streaked with violet and red.

It was made for hiking. The bonus of Kadisha is that the crowds have yet to discover it. For hours, my family and I would hit the trails alone, surrounded only by nature, hidden hermitages, and monasteries.

Beginning the hike in Bcharre 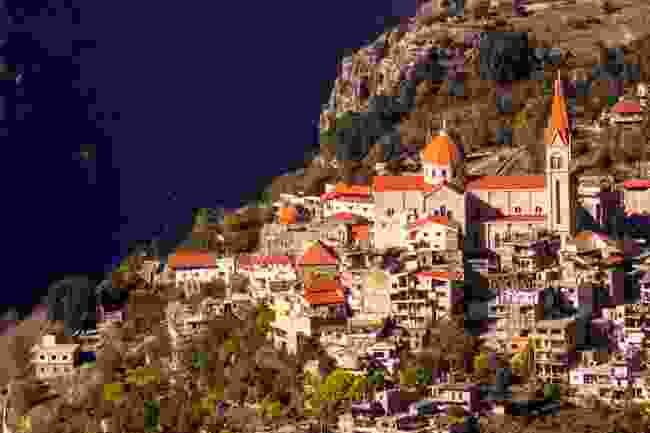 The village of Bcharre, Lebanon (Dreamstime)

Our walking route zig-zagged down from Bcharre: a small village of houses and churches with red roofs and spires, standing on the edge of Kadisha Valley.

Bcharre is at the head of the valley, and is the point from which the rims diverge into northern and southern sides.

Tiny villages and towns are dotted along both north and south, and seem to cling precariously close to the edge. Monasteries and hermitages are carved into the rocks, many of them natural coves and grottos.

Each walking trail reveals wobbly wooden stairs, leading up to the monasteries. You could easily spend half a day exploring the largest monasteries in Kadisha Valley, but you'd need several weeks here to walk very trail and climb into every remote cove. 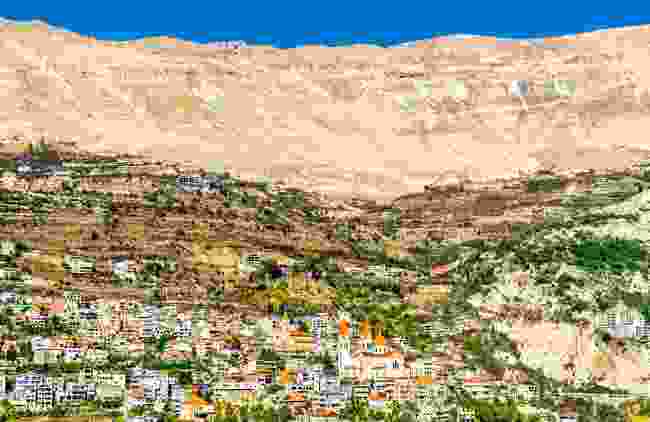 Our route took us from Bcharre, to a road that runs around the Mar Saba Church in the town square, and descended down a series of steps. Eventually, we arrived at a freeway.

We were armed with a map, but also found the black and white image of a hiker with a backpack and a stick, drawn on a board, marking the start of the trail.

It was a steep descent through apple orchards and spring flowers, and we scrambled down through orange rocks, crossed tiny streams, and plunged our way through tall grasses that had overgrown the trail quickly. The route was almost hidden in places.

Every so often we would stop to take in the scene: the walls of the valley growing taller over us, the town receding to toy proportions in the distance.

We arrived at one of many trickling waterfalls. There are hundreds, apparently. These waterfalls plunged through crevices, their flow enhanced by early spring showers.

As we continued to walk, wooden pointers would intermittently crop up, pointing upwards towards 'Bsharri' (Bcharre) or down to 'Quadisha' (Kadisha), helping us keep our bearings. 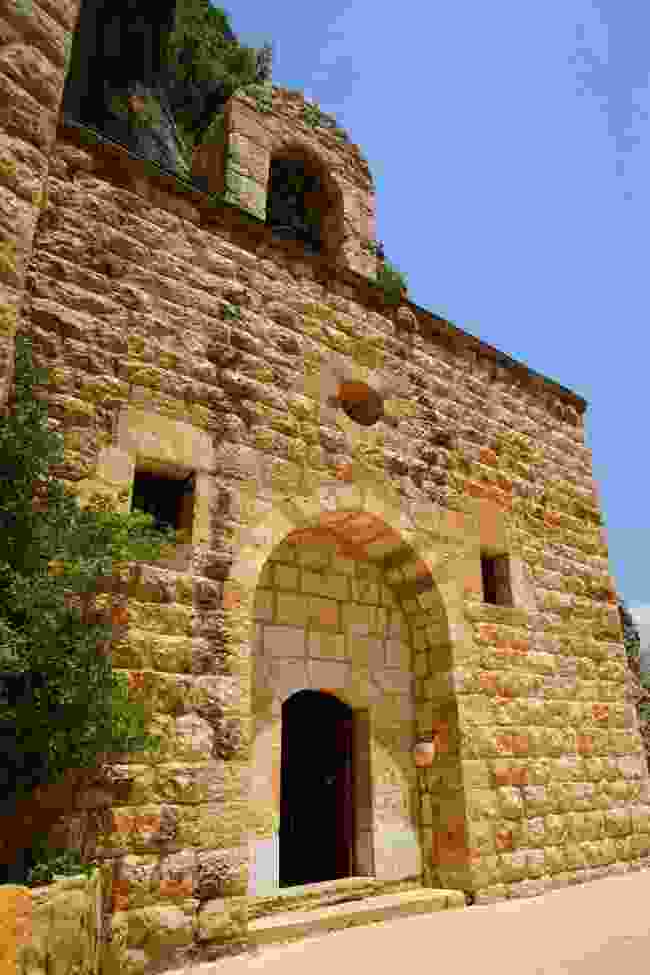 After a leisurely-paced, 40-minute walk, and one final scramble over a boulder, we were rewarded by our first glimpse of the frothy swirls of river Kadisha.

Another reward was a wider, sweeping trail. The first set of wooden stairs we walked led up to a cove, which turned out to be a tiny hermitage - a one window room that looked over the valley.

Honestly, it became apparent only as we moved closer towards it. Otherwise, out of sight. A simple yellow brick and stone wall covered the opening of the cave. The next hermitage was a slightly bigger structure, with a courtyard and a chapel housing an altar.

Walking further along this trail, towards a simple wooden cross that looked over the valley, brought us to one of the main monasteries in Kadisha Valley, the Deir Mar Elisha. 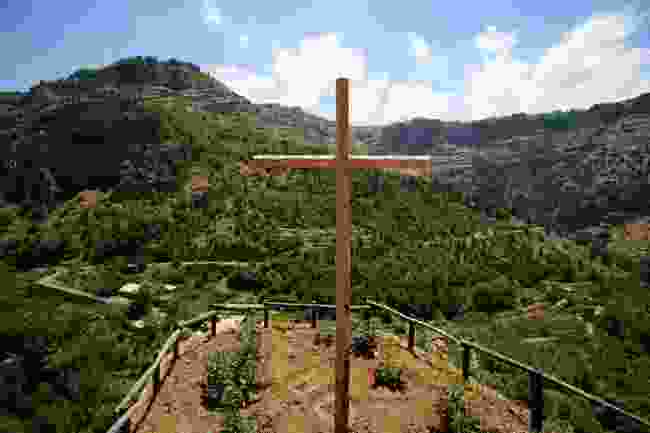 Deir Mar Elisha's rectangular structure almost merges into the rock. It's incredible to see. Right now, Deir Mar Elisha is open to the public as a museum, so you're free to walk around, and discover some of the monastery's history.

We left Deir Mar Elisha behind and crossed the wooden bridge over the Kadisha river to the southern side. Halfway through a spiralling tarmac road, we took a lift from an open-sided van which drove like an adventure ride in a theme park. At least, we arrived further south along the trail intact.

Another two hours of trekking would take you to the monastery Deir Qannoubin and the Chapel of Mar Marina. But with such tired feet, we saved that for another day... 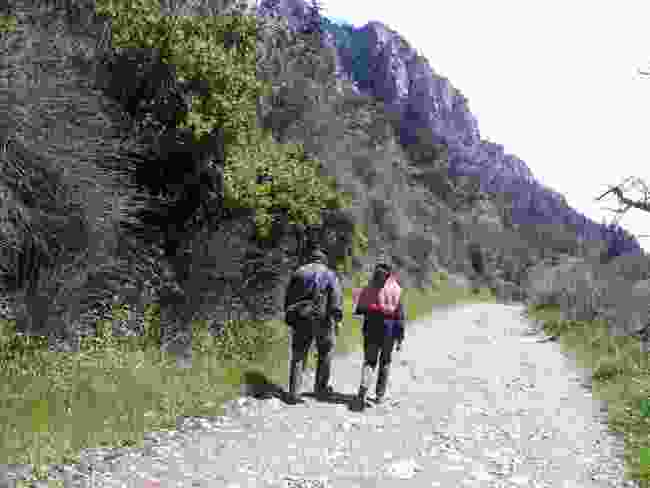 Nandini and her husband hike through the quiet Kadisha Valley, Lebanon (Nandini Chakraborty)

On our second day of hiking, we took a taxi to Hawqa, a village on the northern rim, 6km west of Bcharre. We descended through a rocky trail to Saydet Hawqa, with its tiny chapel, where we saw Father Dario Escobar praying, in his simple black robes.

A hermit in his 80s, from Colombia, he shares his name with a notorious countryman. Sometimes, he is known to chat to visitors, and is rather famous in Kadisha.

We continued for around an hour and a half until we reached Deir Qannoubin, via the main hiking trail. It wasn't an easy journey: there were spirals and switchbacks, and some really narrow places that were thankfully protected with guard rails.

Except for one tiny loop, where we hugged the rocky wall - trying to ignore the sheer magnitude of the gaping drop beneath us! 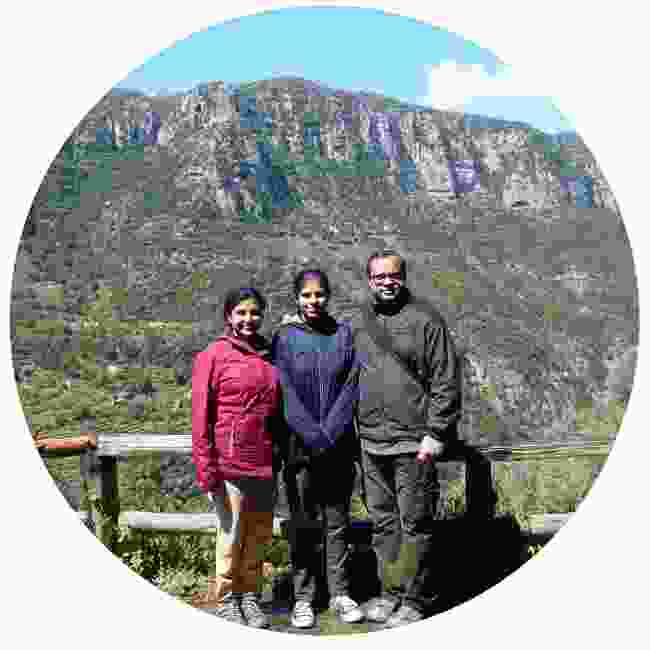 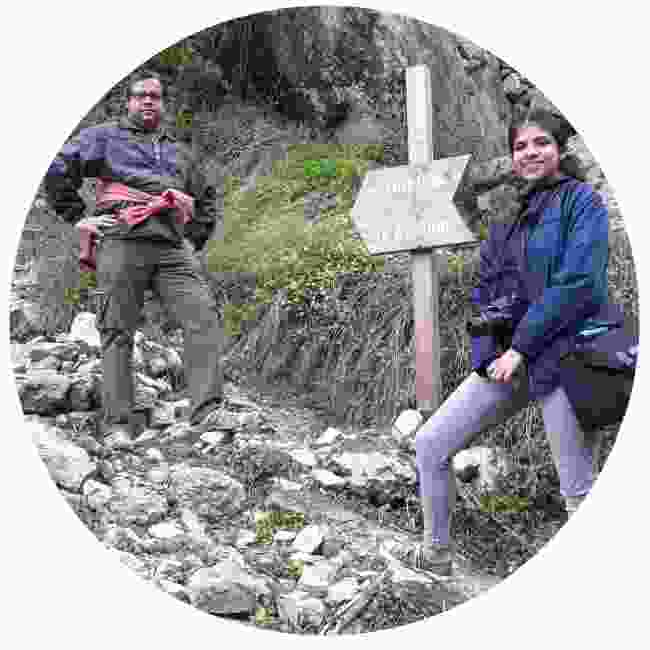 Deir Qannoubin was the largest and most impressive monastery we visited. Currently, it's a religious convent, which is still in use today.

On the grounds, you will find a church with a frescos mural painting, and the old quarters of a patriarch - his shrivelled mummy in a glass case within a nearby cove.

Stop in Deir Qannoubin's courtyard, too, as it's quiet and peaceful. It opens up to highlight an incredible view of green and orange mountains. 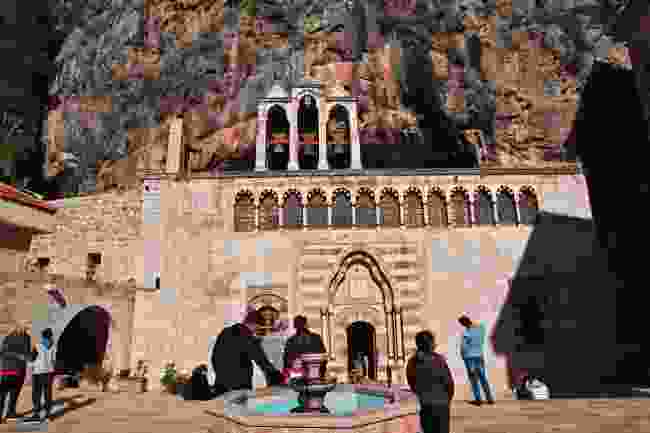 One of Kadisha's impressive monasteries (Shutterstock)

Before you head back down, don't skip a stroll around the picturesque chapel of Mar Marina. There are many unusual stories about Mar Marina. One says that she was a female saint, who pretended to be male, to live as a monk.

Another legend ties her to breastfeeding - claiming she breastfed an abandoned baby. As a result, it's alleged that new mothers make pilgrimages to the chapel to help them breastfeed.

What do you need to know before a polar adventure?

Things to know before you head to South Africa