From struggling wildlife artist to TV’s go-to big cat expert... We chat to Jonathan Scott about living with lions, reserve politics, being ‘crapped on’ by cheetahs, and his two new books.

It was a brave move for a boy from the Home Counties to move to Africa in the 1970s. Did you have a plan?

The one thing I could do was draw. When I came to live in the Masai Mara, they said: “We can’t pay you any money.” But I said, “So long as I can take people on game drives, I’m happy,” and I began selling my pen-and-ink drawings. But, at some point, it dawned on me that this is a photographer’s paradise. By then, I had earned enough money for my car and could afford better cameras and lenses.

Many people now remember me for being crapped on by Kike the Cheetah.

But it wasn't until I met my wife, Angie, that I became a photographer in a real sense. I was more a keen natural historian, a keen zoologist who was recording what he was doing because he was fascinated. Angie was was fascinated to try and capture the essence of the emotion that she felt being in wild Africa. It was inspiring.

So you became a wildlife photographer in Kenya in the ’70s - why there?

To me, it was the obvious choice. I arrived via an overland trip, where I got to see most of wild Africa. I came through what's now the Congo, Democratic Republic of the Congo, Central African Republic, Rwanda, East Africa, Southern Africa, landing at the Mara and Serengeti. There, it dawned on me that this was the Africa of the telly – big game country.

The first time I saw a Maasai warrior, dressed in a red shuka (cloak), taller than his spear, it was so romantic. The land, the wildlife, the people – there’s nowhere like it, and so I stayed and moved into photography. 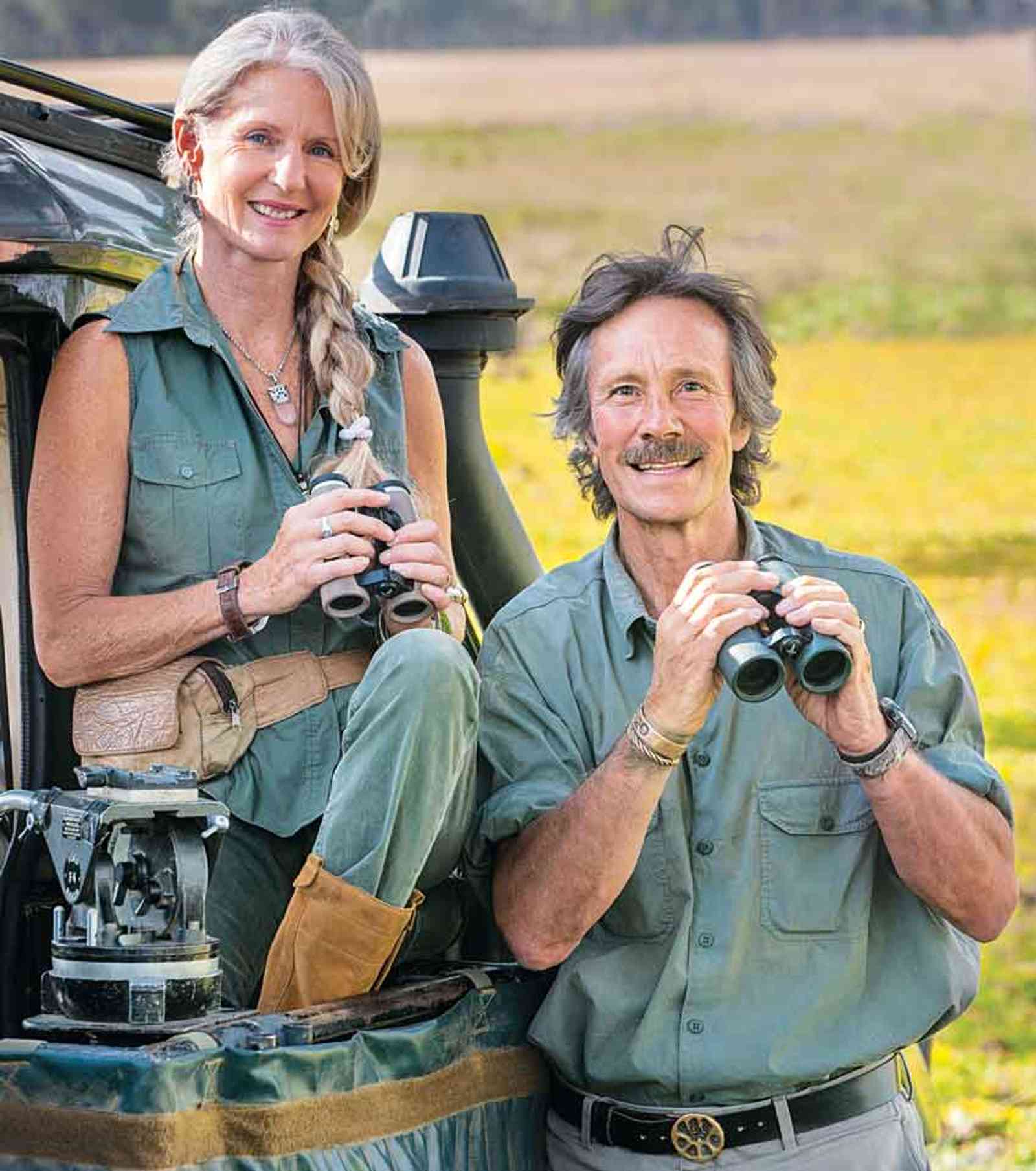 You’re still there now. Has it changed?

It’s a good question because, funnily enough, even though we’re all incredibly aware of the huge losses of wildlife across the globe, the wildlife of the Mara and Serengeti has survived remarkably well. The rhinos have taken a hammering (down from 500 in the’70s to 11 by 1983), but the Great Migration, for instance, now consists of around 1.5 million wildebeest – the same as when I first came to East Africa.

Overall, the Mara-Serengeti is good, and I think you have to recognize the part the Maasai people play, because their traditional way of life was so conducive to wild animals surviving on the savannah of Africa. Today, there are around 3,000 lions, and my wife Angie and I have been watching the Marsh Pride since 1977.

This was the pride that famously featured in the BBC’s Big Cat Diaries, from which many people know you. And you named them.

Yes, I did. Of course Big Cat Diary made them into the viewer's pride and joy around the world.

How did you go from photographer to TV presenter?

I was the man in the Mara, the big cat man, and I used to regularly join BBC camera crews to show them where the game was. Then people started to say: “We could use Jonathan in front of the camera.” So, in 1989, I co-presented a series called Africa Watch, the first live television show to feature the Masai Mara. We sent pictures by satellite.

How did Big Cat Diary come about?

I’d been living the ‘big cat diary’ life in Mara, writing up what I saw, creating histories on the various big cats. I followed their lives in great detail and wrote about them in books. So when a new generation of wildlife films – more like soap operas – began to be pitched in the ’90s, we were in the right place.

In the news, it emerged recently that some of the Marsh Pride had been poisoned. Were you shocked?

I wasn’t shocked. The pride live on the boundaries, so they spend some of their time seasonally with the Maasai and their cattle, and we lose a few each year. It’s no secret that farming cattle are brought in illegally at night, so tourists can’t see them. But this is also when the lions hunt. So, when they killed some of the cattle, the farmers returned and laced the carcasses with poison, killing three lions.

It caused a huge outcry, but at least it highlighted some of the pressures now on the land. It had more impact than we'd ever had on forcing the local administration and national administration and tourism partners and Ministry of Tourism to say ''Wow, we better wake up here. We can't afford incidents like this.” Millions of dollars of tourism promotion were brought about by Big Cat Diary and now people go and shoot them? That's no good to anybody.

Looking to the future, are your worried or optimistic about what will happen to the Maasai Mara and the ecosystem around it?

The Mara is very politicized. It's the golden goose for Narok County. We've been pushing to get rural and create a proper management team for the east side of the river. Let's have a professional management company come in and we can begin to turn the situation around. I know that is going to happen - its just been very slow, but it is going to happen.

There were so many characters in Big Cat Diary. Did you have a favourite?

Angie loves cheetahs but for me cheetahs are so easy to see because they move about in the day. For me, it was the leopards. We had followed one, Zawadi, throughout her life, for 16 years. By the end, she was a granny with a child. We knew her so well we could feel her weariness and see that she could barely keep up with the antics and the playfulness of her cub. And within a few months, she disappeared and sadly the little cub was too small to survive.

But many people now remember me for being crapped on by Kike the Cheetah, who would jump up on my car. Still to this day, I see a smile on the face of someone I don't know and I know what's coming - they say ''you're that guy.'' It was amazing to get so close but never touch or interact with her.

Now, the show is endlessly repeated on the Animal Planet network in the US, and we get at least an email a day from people saying they sit and watch it every morning, or their son loves it and wants to be a ‘big cat man, or they want their daughter to be like Angie.

Is that why you wrote your memoir - The Big Cat Man - now? Is it a ‘how to’ guide for the next generation?

I thought to myself: I’m sure there are a lot of youngsters out there who think it must be amazing to go off to Africa and live with big cats, and think you have to be special to do so. But the fact is there was a lot that was very unspecial about me, and I just wanted other people to know that, just like me, you might fail your A-Levels or your entrance exams, but if you work hard and have determination, I think that can take you through a lot in life.

It’s not your only new book – you’ve gone back to your photographic roots and released Sacred Nature with your wife, Angie. What’s the story behind that?

At this time in our life, we have to say: look, we don’t know all the answers, any of us, but what we do know and what is becoming more apparent is that man has taken over the destiny of our planet, of mother nature as such. We should start to become more responsible in determining the destiny of the lives of other animals. Our lives work has been to try and reveal to people the wonder of the natural world and to connect with nature – and like it or not, however far removed you may be from nature, our lives depend on it.

Wanderlust readers get a 25% discount on Jonathan Scott’s The Big Cat Man (Bradt,£20, out now). Visit www.bradtguides.com and simply enter WANDERLUST at the checkout. Offer valid until 31 December 2016. Sacred Nature is also out now.