Unmistakably Andalusian and considerably less crowded than Granada and Seville, Jerez is the cradle of flamenco, sherry and a truly authentic Spanish experience... 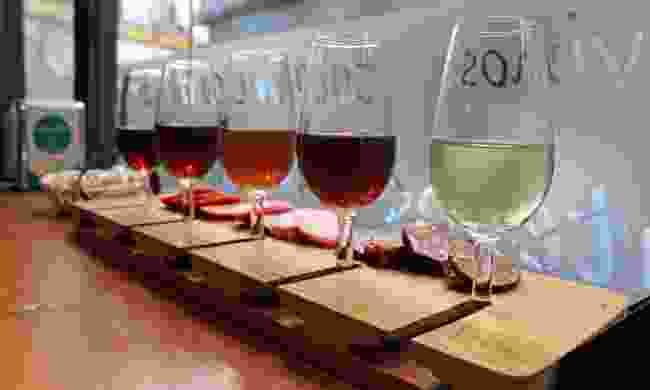 A flight of sherries with charcuterie in Jerez (Shutterstock)

Forget the stuff grandparents bring out on special occasions. The sherry in Jerez is an altogether more sophisticated beast. Each variety has its own distinct character. Manzanilla is drier and lighter, Fino is clear with an earthy aroma of almonds – the locals regard both as the perfect pre-meal aperitif. Pedro Ximenez is naturally sweeter.

The famous ‘sherry triangle’, the area where all sherry must be produced, is on the city’s doorstep. And within the city you will find wineries, museums, enotecas, bars and restaurants offering food and wine pairings.

For something less formal but equally enjoyable, try one of the traditional tabancos: small bars where locals meet for a sherry and tapas. You’ll find them throughout the historical city centre. 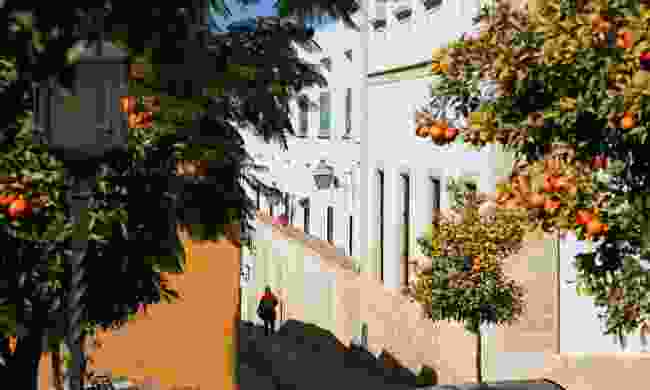 With its wide streets, squares and magnificent rows of jacaranda trees that flower during spring, Jerez has been fought over by the Phoenicians, Romans, Muslims and Christians. Within its narrow streets and neighbourhoods you’ll discover reminders of each 'visitor', in fountains, palaces, and churches – and orange trees!

The 11th century Moorish fortress, or Alcazar, has been partially restored, and is just as beautiful as others in Andalusia. The imposing Cathedral del Salvador was once a mosque and is home to a famous painting by Zurbarán, La Virgen Niña. Mercado Central de Abastos is at once lively and impressive and Villamarta Theatre is well worth a visit. Or simply wander the streets of casco antiguo, the old town and see what you find.

3. Flamenco. Danced as it should be 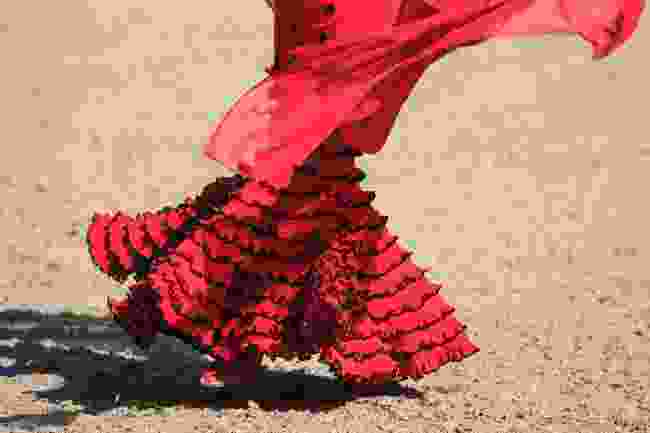 Dramatic and sensual, flamenco is Spain’s most famous style of dance and Jerez is its spiritual home. The city is known as cuna del flamenco (cradle of flamenco) and on any night you’ll find bailaoras (dancers) in traditional red dresses performing, accompanied cantaores (singers) and guitarists.

Flamenco shows are held in local tablaos and peñas flamencas, (bars and restaurants) across the city, particularly in the Santiago and San Miguel neighbourhoods. For a more scholarly insight head to the Andalusian Centre of Flamenco for a comprehensive history of the art and famous costumes. There’s also the International Festival of Flamenco de Jerez, usually held in February and March, and the Festival of the Buleria in September. 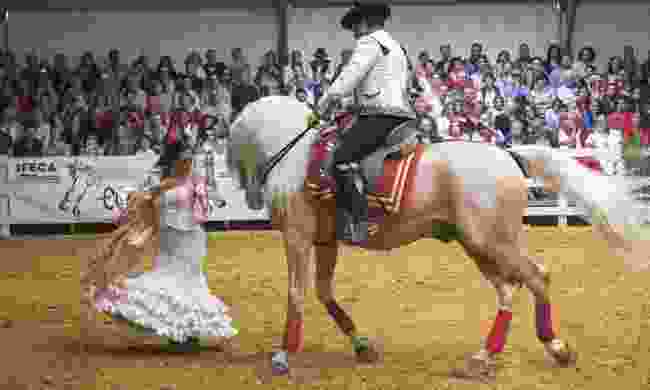 A dance-off during the Jerez Horse Festival (Shutterstock)

Andalusian horses are famed throughout the world for their grace and exceptional beauty. The breed can be traced back to horses bred by Carthusian monks in the XV century near Jerez, and to this day the city celebrates the horse with festivals and regular ‘equestrian arts’ shows, where these white beauties dazzle audiences with extraordinary, choreographed routines.

The best place to see a show is at the Royal Foundation Andalusian School of Equestrian Art in Palacio Recreo de las Cadenas. Here you’ll enjoy authentic equestrian ballet with typical Spanish music and 18th-century costumes. The dances are taken from classical and country dressage. The centre also boasts a Museum of Equestrian Art, where you can see a collection of carriages and adornments used in the equestrian arts throughout the centuries. 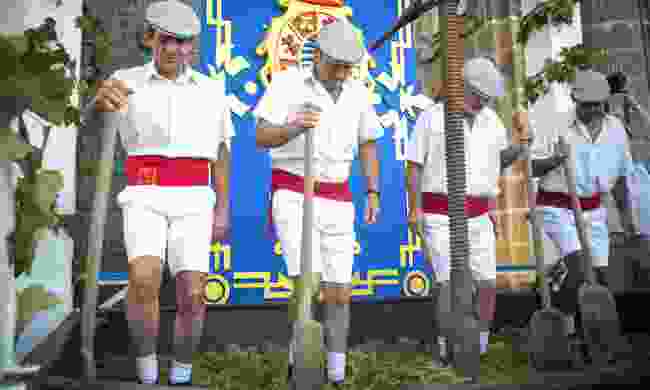 As befits a city famous for sherry, flamenco and dancing horses, Jerez hosts a number of lively and colourful festivals throughout the year. The biggest is Festival de Jerez, held every February and March. Its focus is flamenco, so don’t be surprised if you find yourself swept up dancing with locals on the street or partaking of a restorative sherry in one of the casitas, large tents, that pop up all over the city.

In May, the city celebrates the Jerez Horse Fair, which has been held in the Gonzalo Hontoria Fairgrounds for over 500 years. Expect horse parades, dazzling costumes and more wine and flamenco. The wine harvest festival in September puts the focus on the sherry, with grape stomping, gastronomy and music.

Holy Week in Jerez is celebrated with spectacular processions. Don’t miss the Madrugá, held on Good Friday, or the Prendimiento, held on Holy Wednesday. There’s incense, chanting and some very intense costumes.