Jean-Claude Fignolé: “Many families have lost everything.”

Weeks after Hurricane Matthew devastated Haiti, many people are cut off, death tolls are still rising and cholera cases are increasing. We talked to Jean-Claude Fignolé, programme director of Oxfam in Haiti, to find out the latest situation on the ground, if tourism can benefit the country, and what you can do to help

How bad is the situation on the ground currently?

Hurricane Matthew was one of the biggest storms ever recorded in the region. In some of the worst affected areas of Haiti, the damage is on a par with the 2010 earthquake: homes have been flattened or had their roofs torn off, bridges, roads and power lines washed away. Many schools and health clinics have been destroyed or severely damaged. Many families have lost everything but the clothes they are wearing.

In the southern departments of Sud and Grande-Anse, which were hardest hit by the 145mph winds, the United Nations estimates 750,000 people are in need of emergency aid. Across the country, more than two million people – including half a million children – have been affected. Tens of thousands of people are homeless, living outdoors, exposed to the elements or in crowded temporary shelters, in urgent need of medicine, food, clean water and sanitation facilities.

According to international reports, over 1,000 people have died. We’re now worried that without enough rapid support, the aftermath of the storm will prove even more deadly. Some areas of the southern peninsula of the country are still cut off and we fear that the numbers of reported deaths could increase considerably as emergency teams manage to reach these areas. 
What’s the most pressing concern?

We’re especially worried about people that live in remote areas who’ve not been able to get assistance yet. These people are in urgent need of clean water and food.

We’re also anxious that a renewed outbreak of cholera could spread quickly because water infrastructure’s been so damaged and people are now exposed to dirty and contaminated drinking water. There have already been around 130 new cases of suspected cholera. Oxfam’s priority is to make sure people have safe water and toilet facilities, to help prevent the spread of cholera and other diseases like diarrhoea. We’ve been distributing hygiene kits with water purification tabs, soap and buckets, and our engineers are installing clean water tanks and toilets.

Making sure people have enough to eat, now and in the coming months, is essential. In the worst affected southwest of the island, 80 per cent of the population relies on subsistence agriculture to feed their families and make a living. But the storm has ruined crops, drowned animals, and destroyed farms.

Vulnerable people who were already poor and living precariously day to day have lost everything, and most don’t have savings to fall back on. The international community needs to provide immediate help so that parents can feed their children, and longer-term support so they can get back on their feet – for example, providing seeds and tools to replant vegetable plots. Is the outside world doing enough to help Haiti, or do people there feel ‘forgotten’?

When disaster strikes, neighbours and families support each other first. But when the scale of the crisis outstrips a community’s ability to cope, support from the global community is essential to saving lives.

The Haitian Prime Minister has appealed to the UN and international community for assistance and there are many organisations on the ground working to provide food, shelter and medical aid. Governments around the world have also pledged funds to deal with the emergency.

However there are many people who are still unreachable because of the damage to roads. Where possible, aid is being sent by boat or helicopter to reach those in isolated parts. 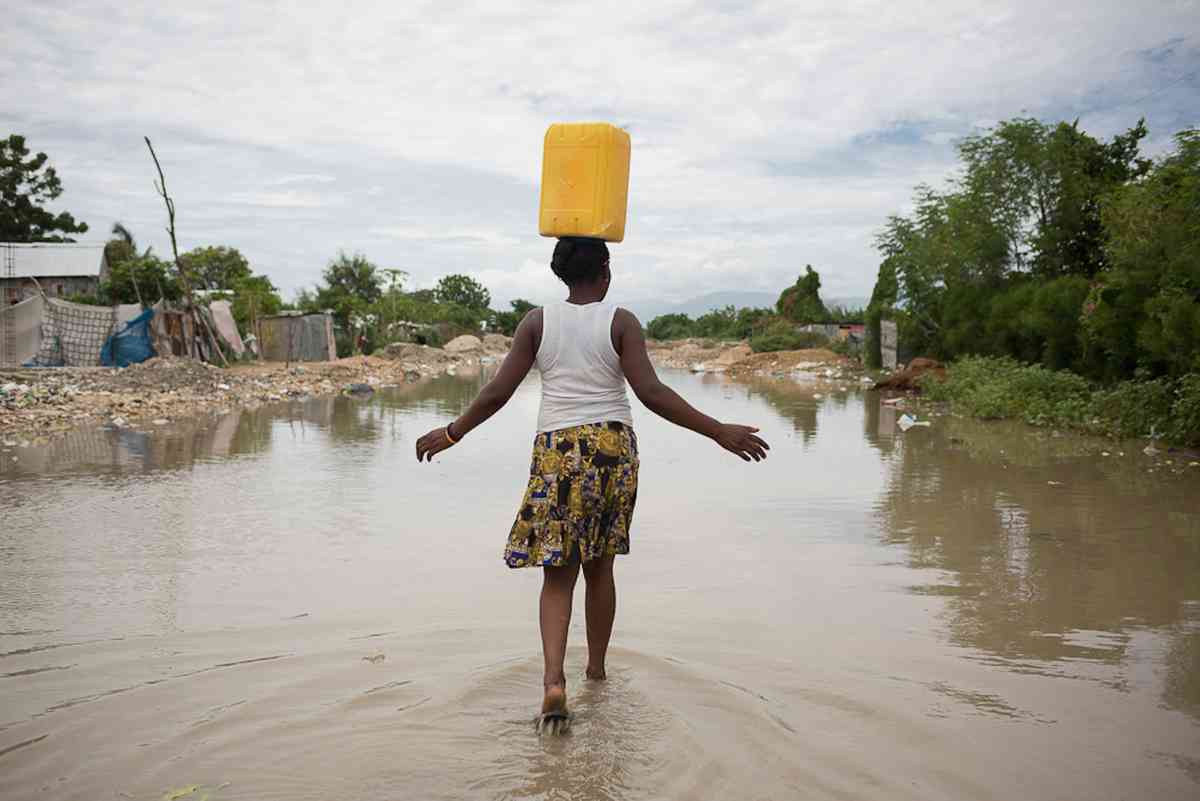 What can people reading this do to help?

Many charities have launched emergency appeals. The scale of need is huge. By donating to Oxfam, you can help us to provide clean water, food and rebuild homes in Haiti.

Travel can often help a country, by bringing in much needed money. But many travellers might currently be put off visiting. What would your advice be?

The picture is mixed. The southwest of Haiti bore the brunt of the storm and its picturesque fishing villages like Port-Salut are currently strewn with debris. But in other parts of the island, the scene is very different, with tourism continuing in the northern area of Labadee or Cap-Haitian, home to the Sans-Souci Palace, for example.

Tourism provides many jobs to Haitians and is an important industry for the country. The best thing for travellers is to consult the latest advice and use their own judgment about when and where to visit. 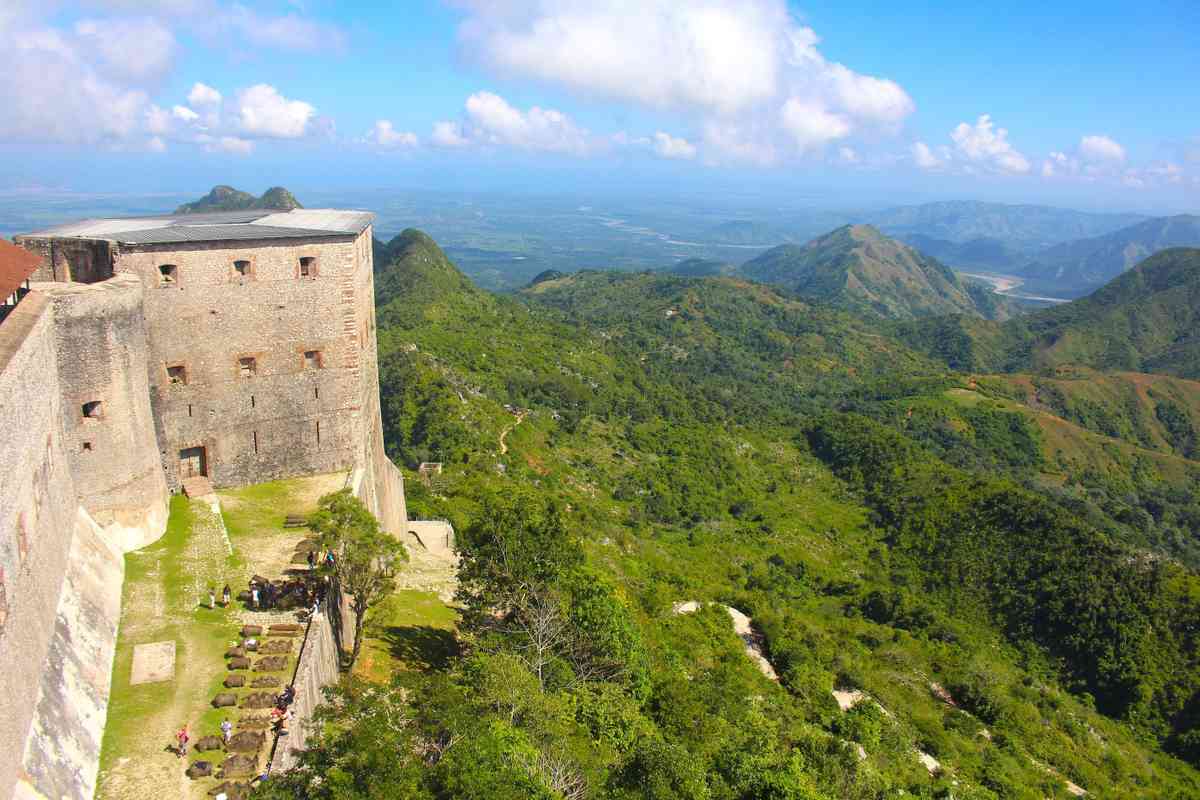 
What do you want to see happen in Haiti?

Right now, the priority is to make sure people are safe and healthy, with clean water, enough to eat and hygienic living conditions. We need to get aid in quickly and support rapid reconstruction so people can move out of crowded temporary shelters and back into their homes.

Repairing roads, buildings and infrastructure, like power lines, will take a lot of coordinated work from the government and people of Haiti, with the support of the international community.

It’s important to build tough structures that can better withstand future storms. And there’s an urgent need to plant crops to replace the destroyed harvest, to help prevent food shortages and malnutrition. People we’ve met say they want to get on with their lives as soon as possible. They just need the resources and support to do this.

To donate to Oxfam’s work in Haiti, see donate.oxfam.org.uk/emergency/hurricane-matthew