Jane Goodall: “Every individual can make a difference"

We chatted to Dr Jane Goodall about her new documentary that draws on hours of unseen footage, and her legendary chimp research in Tanzania that revolutionised our understanding of the natural world

What were your feelings when you first saw the new film, JANE?

It took me back to the best days of my life in a way that none of the other documentaries have. There was something very immediate, real and unconstrained. There’s a lot in the film that wasn’t in the other documentaries, which are more carefully edited and designed to show various parts of the story. This one showed things as they were. It was quite special and quite moving actually.

How was it, seeing the chimps with whom you spent so much time?

It was like being back among old friends. It’s like discovering family footage because they were just so special. I knew them so, so well.

Did your experience with the chimps change you?

I don’t think it did, because I always loved animals and I was always out in nature. I learned patience, I suppose. But I’d always dreamed of the African jungle since reading Tarzan, so I don’t think it really changed me. 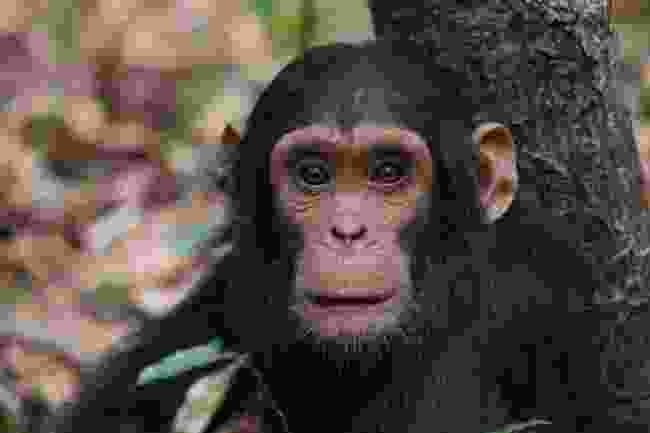 “I’d dreamed of the African jungle since reading Tarzan...”

As a young woman, what was going out to Africa like?

It wasn’t intimidating – it was great. When I was first there, it was moving towards independence at the end of the colonial rule. I think if had I been a man, it would have been much harder for me to get permission to do things in newly independent African countries. But I was a woman: I wasn’t threatening in the way a white male would have been, so they wanted to help me.

Do you miss the solitude of it all?

Yes. It was an idyllic and magical time. I go back to Gombe [in Tanzania] twice a year for three or four days, and I always make sure that I’m out in the forest alone for one whole day. With or without the chimps isn’t so important, but to be out in the forest is. I try and get out into nature whenever I can, even if it’s just for a couple of hours.

Could someone do something similar in the world today?

They can, but it’s not so easy. In one way it’s easier because it’s accepted and there are still some wild places left, and people do get to those wild places. So, it can be done. 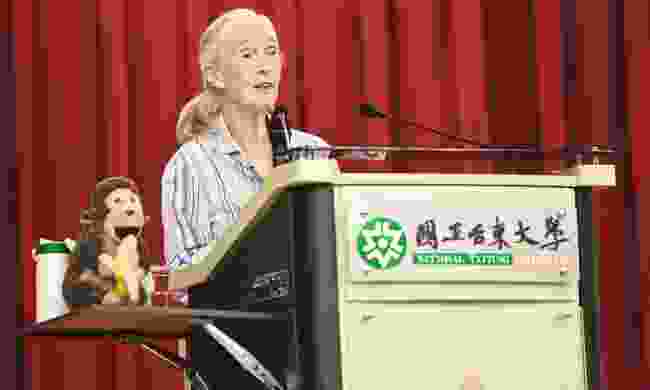 Did you feel as if you were at odds with the scientific establishment?

When I first began I had no intention of being a scientist; I wanted to be a naturalist. [Paleoanthropologist] Louis Leakey had asked me to go and learn about the chimps because he felt learning about our close relatives might help him to better guess how early humans behaved. When I got to Cambridge University after being with the chimps for two years – Leakey made me go for a PhD – I was shocked to be told I’d done the study wrong: I should have given the chimps numbers not names, I couldn’t talk about personality or emotions – those were unique to us. It was thought there was a difference in kind between us and other animals, but I’d already learnt that wasn’t true.

When you first went to Tanzania, were you naive? Or scared?

I wasn’t scared, but I was completely naive.

Should you have been scared?

Chimps are ten times stronger than me and can be aggressive, but none of the Gombe chimps ever hurt any of us. They could, and they can be intimidating, but they don’t seem like they really want to hurt us, otherwise they would have. 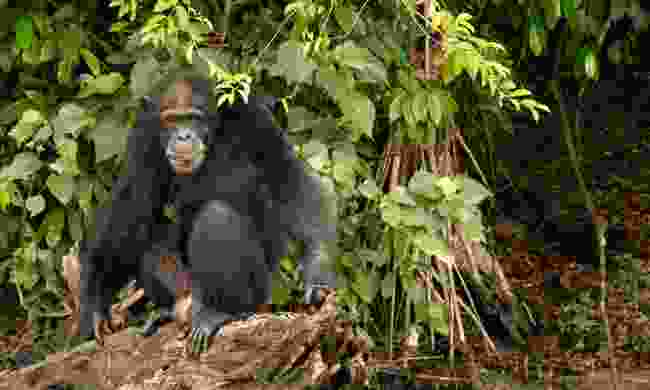 "Chimps are ten times stronger than me" (Dreamstime)

What effect do you hope the film has?

I hope it’s going to show people how beautiful the world was back then – not just Gombe, but the Serengeti – and that it’s really worth fighting to preserve what’s left and to try and restore some that’s gone.

I hope they think about maternal behaviour and our human evolution, as well as this big difference between us and them, which is our intellect and should we be using it better. Asking themselves, what can we do as individuals to make the world better for our children and theirs?

Do you find yourself at this moment feeling optimistic or pessimistic about the future?

It’s a pretty grim time right now, which is why I’m travelling all over the place and working to develop our youth programme, Roots and Shoots, because if our children lose hope we’re lost. I still think there’s time, but the window’s closing.

I do hope people will go and visit our website janegoodall.org and find out what they can do. Every individual can make a difference.