From glaciers and peaks to whales and Welsh heritage: discover Patagonia's most exciting adventures

Ruta 3 is Argentina’s super-highway, running from Buenos Aires all the way down to Ushuaia. In particular, the stretch from Peninsula Valdés to Río Gallegos via a string of small port cities has a number of unexplored and underrated sites, both natural and man-made. 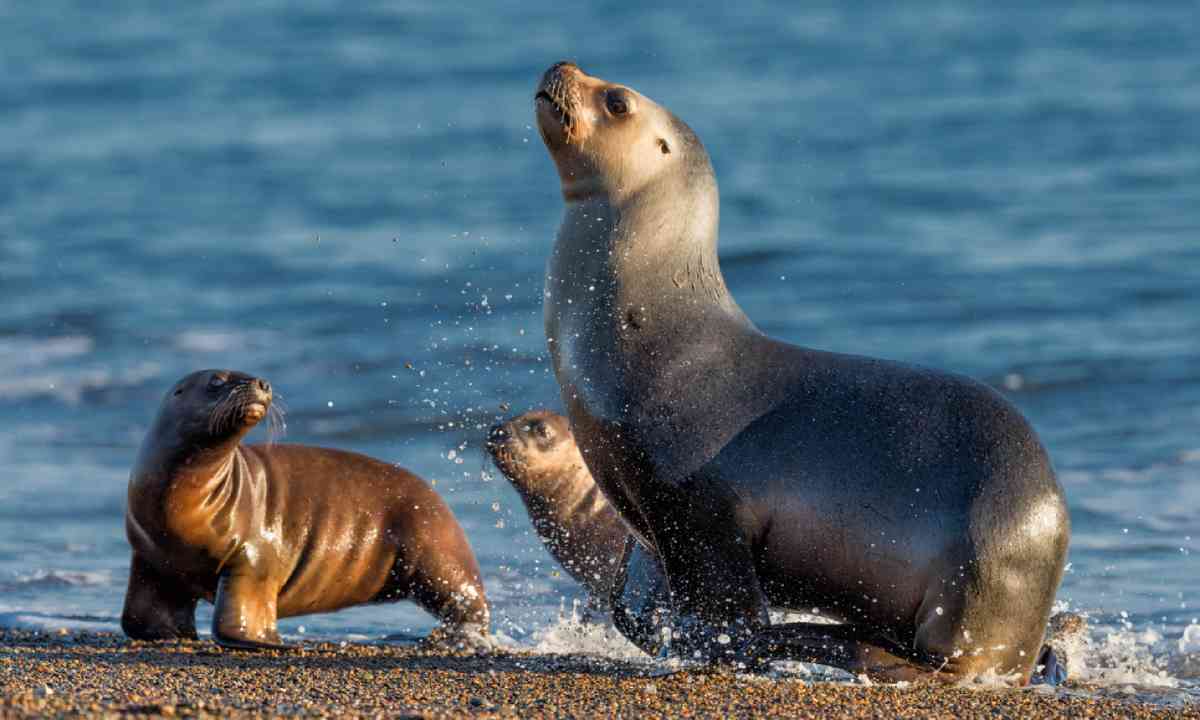 Colonies of neotropic, red-legged and rock cormorants as well as Commerson’s dolphins can also be found up the Ría Deseado. 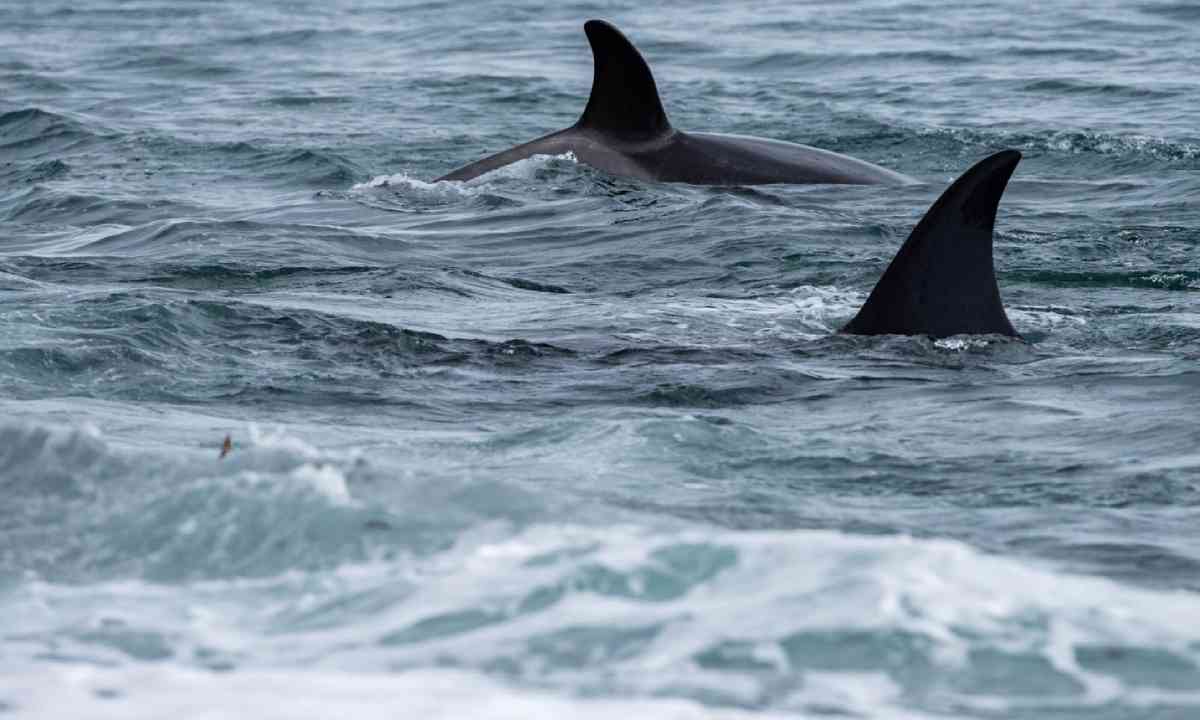 Orca can be sighted anywhere along the coast, usually hunting in pods close to the shore. You’ll also pass through Madryn, which has strong Welsh connections, and Puerto San Julián – where explorer Ferdinand Magellan made landfall in 1520. Finish in Río Gallegos, which was the main transport hub before El Calafate’s tourism boom; its Museum of the Pioneers is a good place to brush up on local history.

When to go? September-March, for penguins; see southern right whales from July-December

Back in 1865, 165 migrants arrived in Argentina from Wales aboard the Mimosa. They landed at Golfo Nuevo and settled along the valley of the River Chubut, transforming the land, which is still dotted with chapels, farms and Welshthemed teashops. The area is also a hotspot for fossils, and Trelew’s excellent Museum of Palaeontology is well worth a stop. 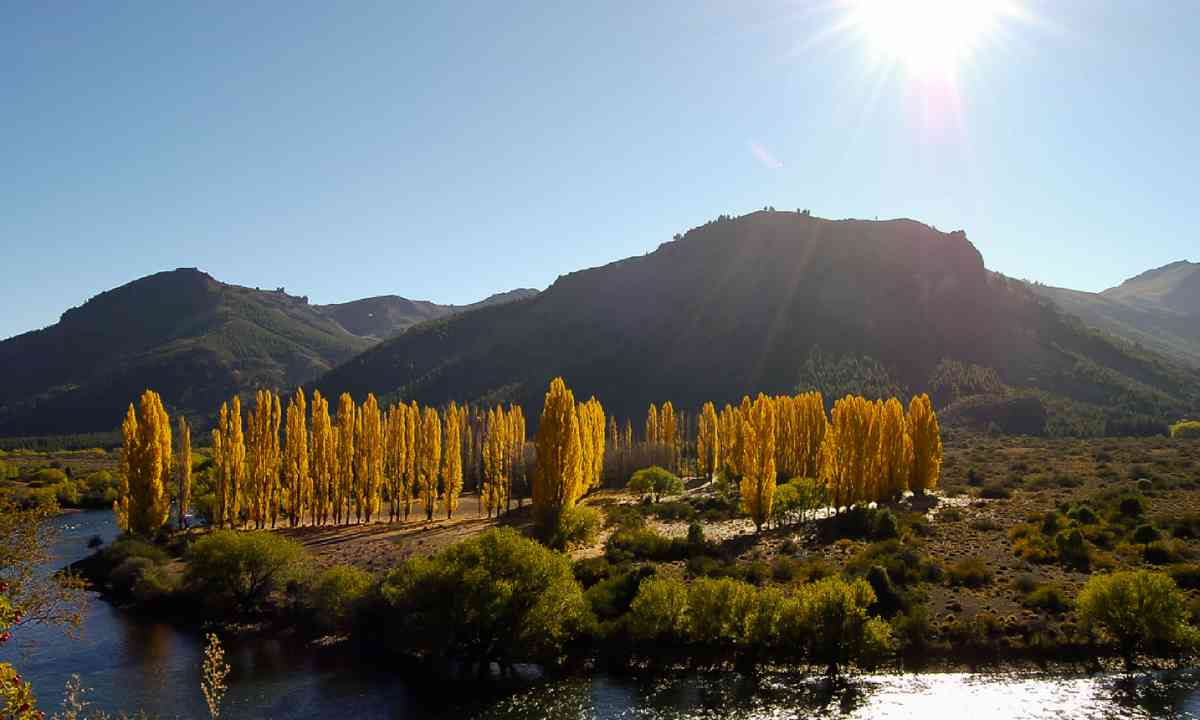 The drive across Chubut starts humbly before traversing steppe-like plains and tablelands, with some impressive geological formations at Los Altares. Eventually, Ruta 25 arrives at Tecka and the junction for Esquel, a small town that used to be the terminus for the Old Patagonian Express railway, which once ran 402km through the foothills of the Andes (a shorter tourist service still operates).

Close by is Trevelin, the archetypal ‘green valley’ the Welsh were seeking, and a great spot for quadbiking, hiking, horseriding and mountain biking.

When to go? Year round; but it can be chilly – and even icy – from June-September

The area around Bariloche – one of northern Patagonia’s bigger towns – is the entry point for Patagonia-lite. The climate is gentler, the summer longer and the roads are well-paved. The whole area is more developed; it’s no coincidence that Buenos Aires’ middle classes tend to choose San Martín for their second homes. 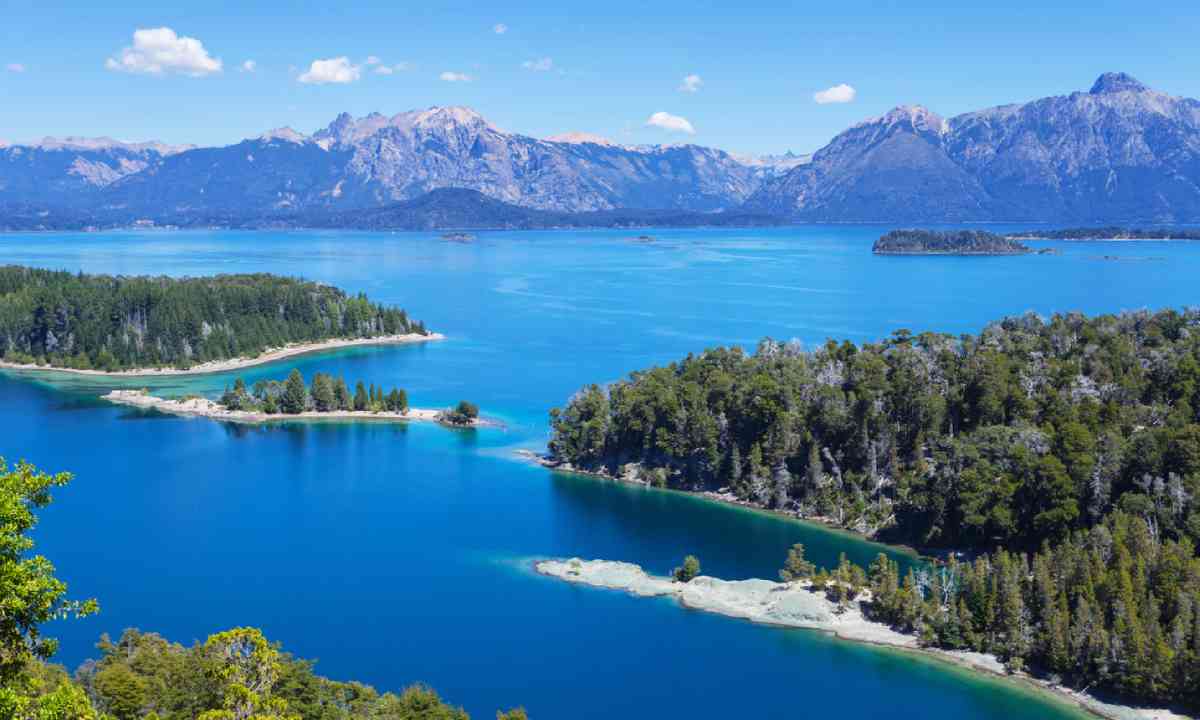 When to go? October-April, warm and good for trekking; June-September is skiing season

The Ruta Nacional 40 (or Route 40) is a 5,000km highway that runs from the Bolivian border to the Magellan Strait. The Patagonian section is not half that, but it’s a well-paved, often deadstraight road that takes in mountain views, huge lakes, remote ranches and a mix of popular resort towns and out-of-the-way places like José de San Martín, Alto Río Senguer, Bajo Caracoles and Río Mayo (‘The National Capital of Shearing’). 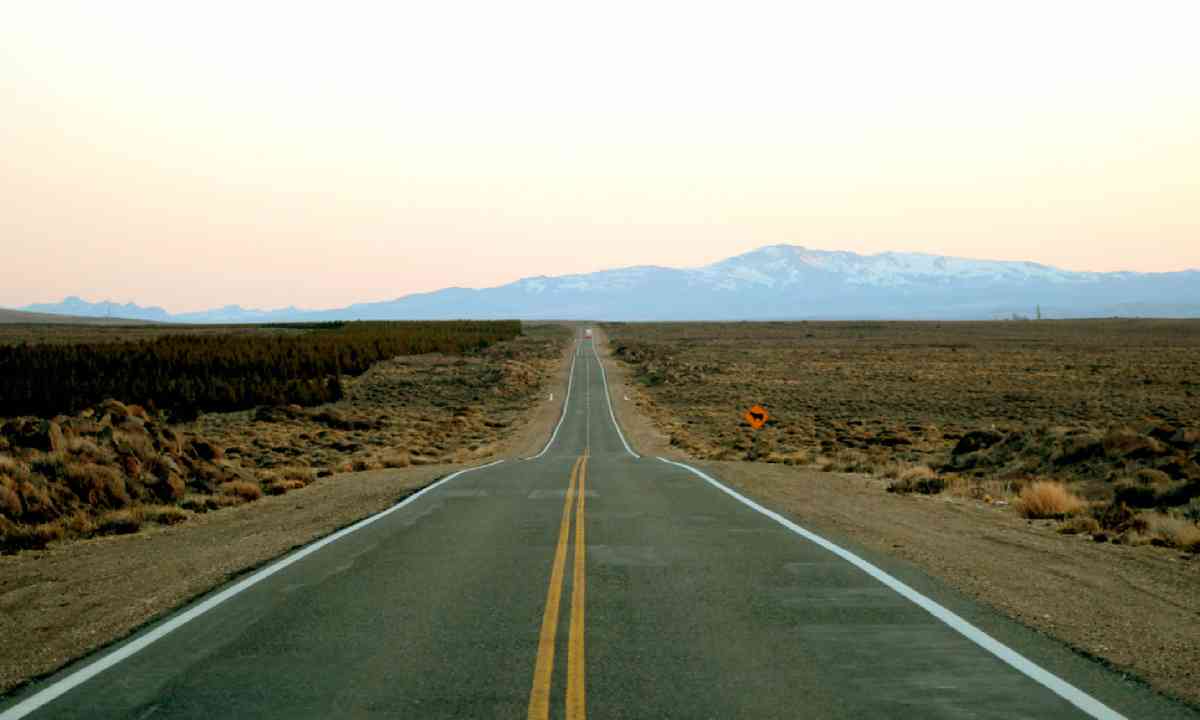 An obligatory stop is the UNESCO World Heritage Site of Cueva de las Manos (Cave of Painted Hands), where prehistoric artwork was daubed at least 9,500 years ago by one of Patagonia’s indigenous tribes.

It’s easy to add detours to the Perito Moreno glacier and Puelo Lake en route, but the beauty of ‘La Cuarenta’ (as Route 40 is known locally) is that you’ll meet ‘real people’ en route: farmers, truckers, roadbuilders, petrol station attendants, gauchos, and even border guards. End at the Estancia Monte Dinero, close to the end of the highway (or ‘Zero km’ from it), a beautiful, remote historic ranch equipped with all mod cons.

When to go? October-April, temperatures are warm and good for hiking and horseriding

Rivalled only by the Iguazú Falls as Argentina’s top travel destination, the Los Glaciares National Park is a vast protected swathe of land. Explore montane forest, sweeping steppe and one of the biggest ice caps outside Greenland and Antarctica. There are also dozens of lakeside and mountain glaciers, with two long, bitterly cold lakes – Viedma and Argentino. 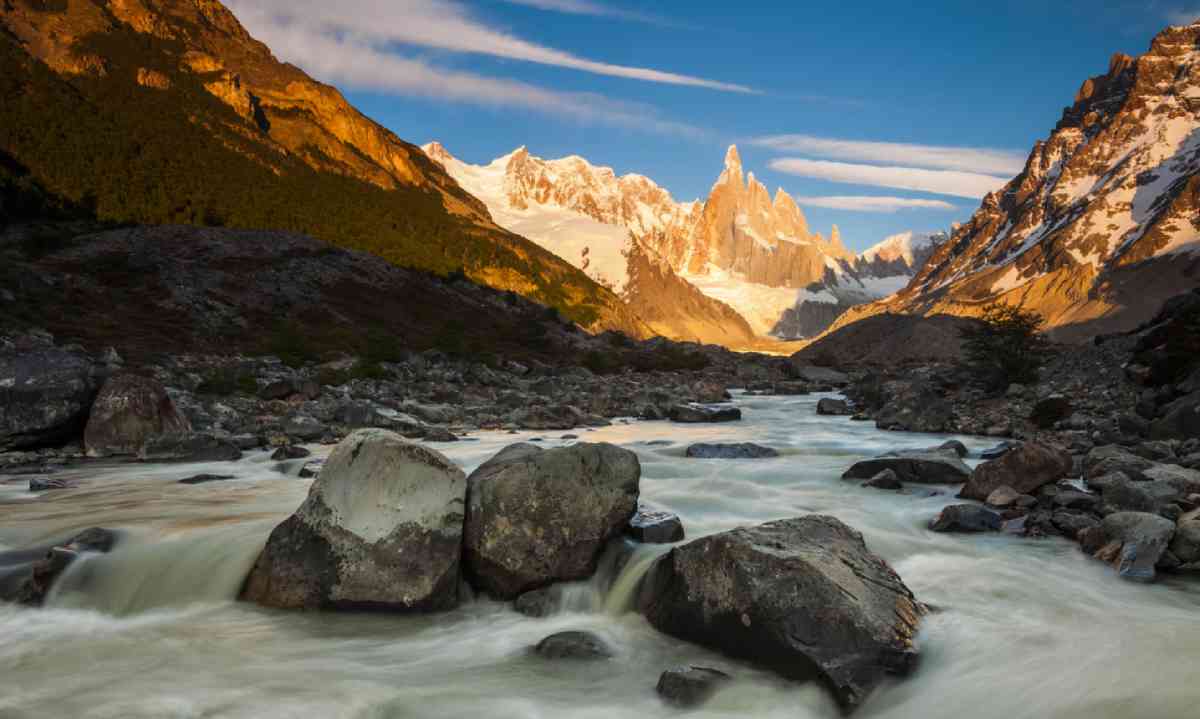 The star attractions are the Perito Moreno glacier in the south (great for photos, hikes, ice-treks and boat rides) and the Fitz Roy massif to the north, which offers more of the same, with good walking trails and some world-class mountaineering.

Away from these two popular hubs, there’s plenty to do, from Land Rover excursions to the lunar-like summit of Cerro Huyliche to a ranch stay at Estancia Cristina by the lakeside. El Chaltén is a convivial place to kick back with a local craft beer or wine, while El Calafate has some great grill restaurants – try the lamb. 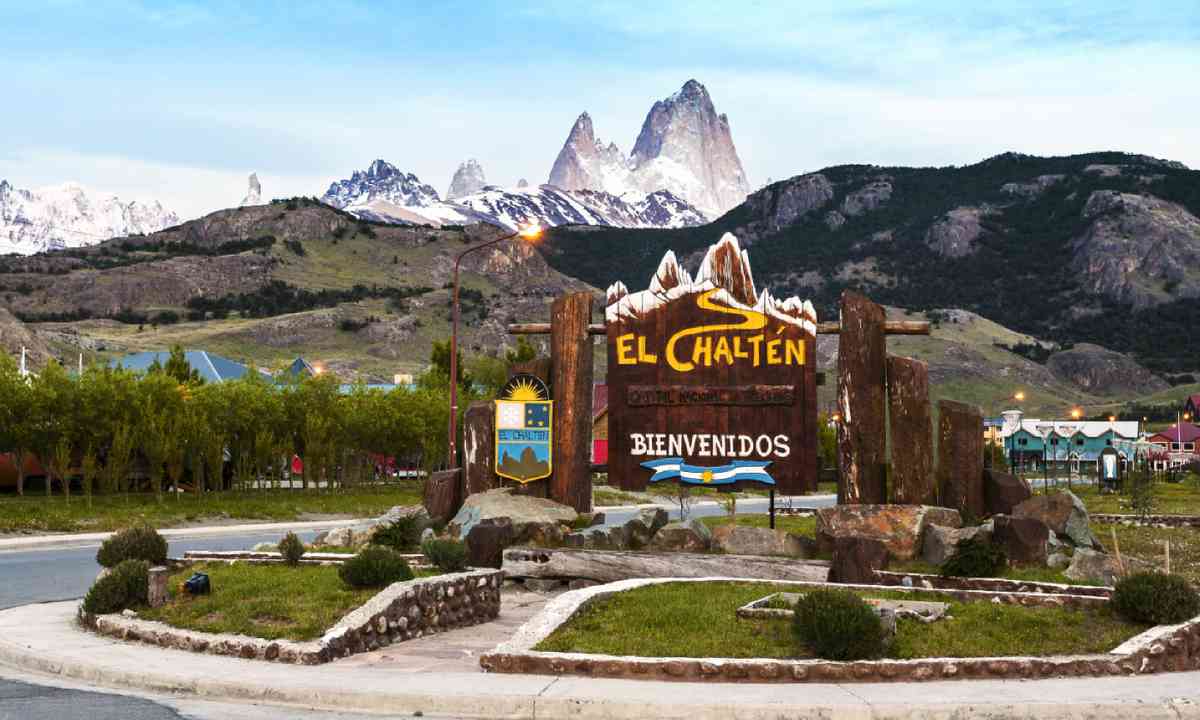 If you fancy seeing another world-class national park there’s a tough overland route through to nearby Torres del Paine, Chile, for the intrepid, but most just hop on the bus over the border.

When to go? November-March, humid near the mountains, colder in the higher lands

6. The Land of Fire, Argentina/Chile

Long regarded as part of Patagonia, Tierra del Fuego (Land of Fire) earned its unusual name from the many signal fires lit by the indigenous Selk’nam, which the explorer Magellan observed when sailing the coast of Isla Grande. Less touristy than the mainland, this large island is shared by Argentina and Chile, though its main road is inside the former. 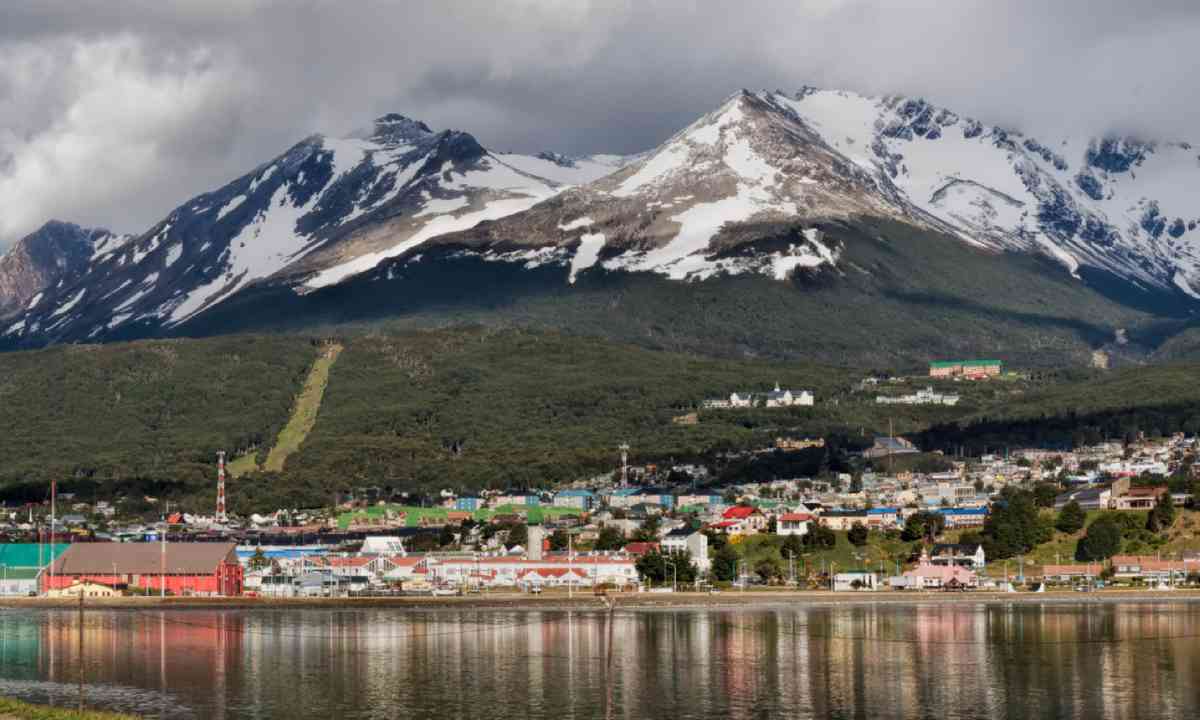 Much of the terrain is either scrubby grassland or jagged peaks, but Ushuaia is a lively modern town and useful as a base for short trips. Head out into the Beagle Channel to spot sea lions, seabirds, and the Les Eclaireurs Lighthouse. It is also the point of departure for the one of the excellent cruises to Cape Horn and Punta Arenas. 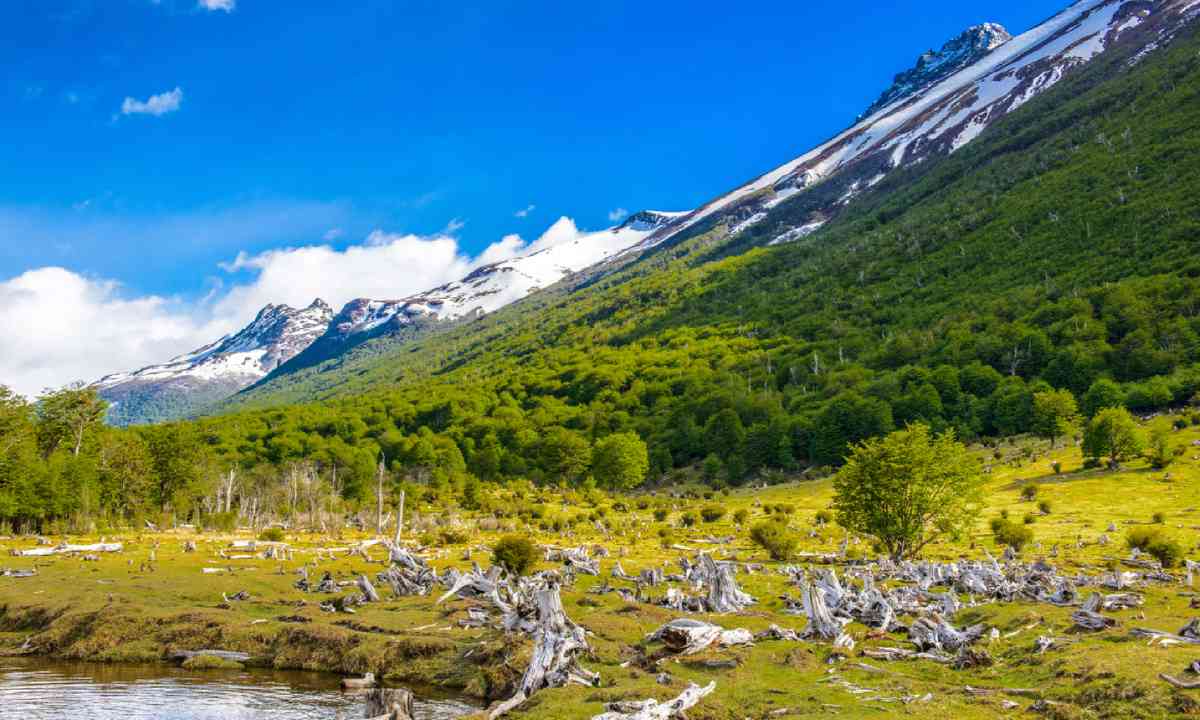 When to go? November-March, warm and good for both hiking and penguin-spotting; July-September is skiing season

Torres del Paine National Park is Chilean Patagonia’s geological showcase. Two distinctive granite rock monuments erupt out of the Paine massif – the jagged ‘Cuernos’ (Horns) and spikier ‘Torres’ (Towers), which give the park its name. They’d be impressive anywhere, but because this 2,000m-plus mountain system stands alone in Patagonian steppe – the spectacle is simply breathtaking. 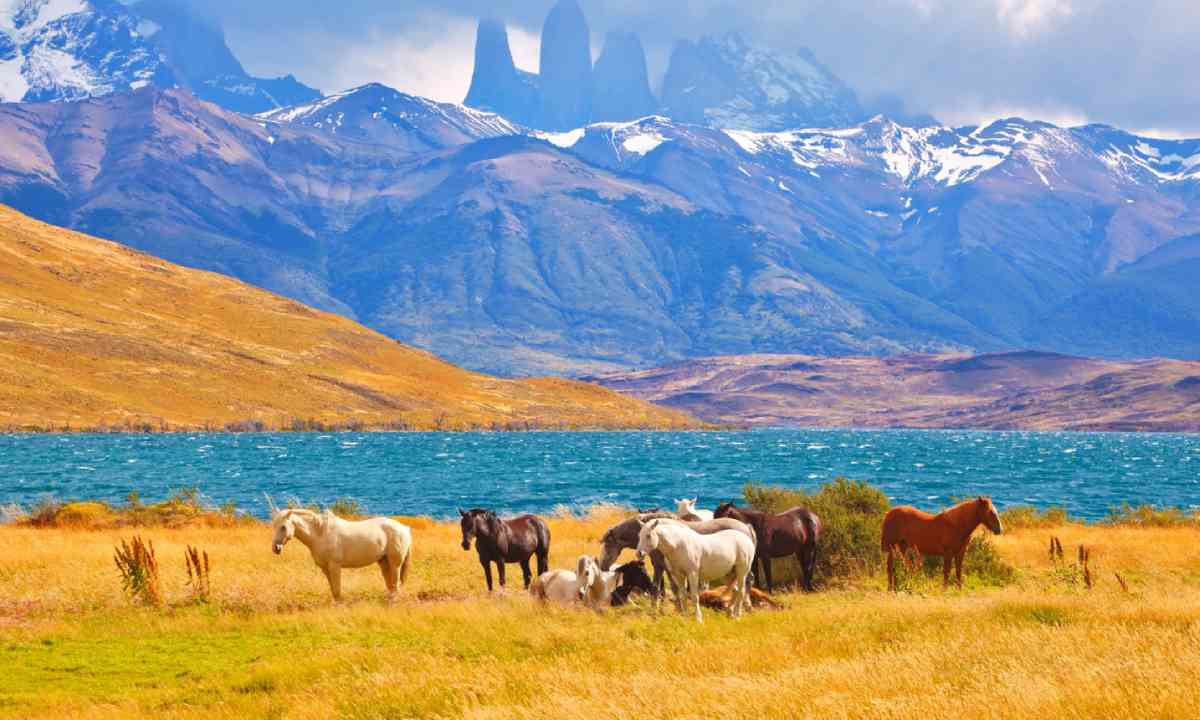 The ultimate adventure here is to walk the entire 130km circuit, but those strapped for time can opt for shorter sections. There are fine campsites, luxury hotels, log cabins, some challenging hikes, a good chance of seeing guanaco and condor, and a less likely one of spotting a puma.

Nearby Puerto Natales is a former backpacker town that’s now somewhat gentrified. The Singular hotel is an architectural landmark – and also the embarkation point for cruises into the fjords or longer boat trips up through the narrow channels all the way to Chiloé and Puerto Montt. 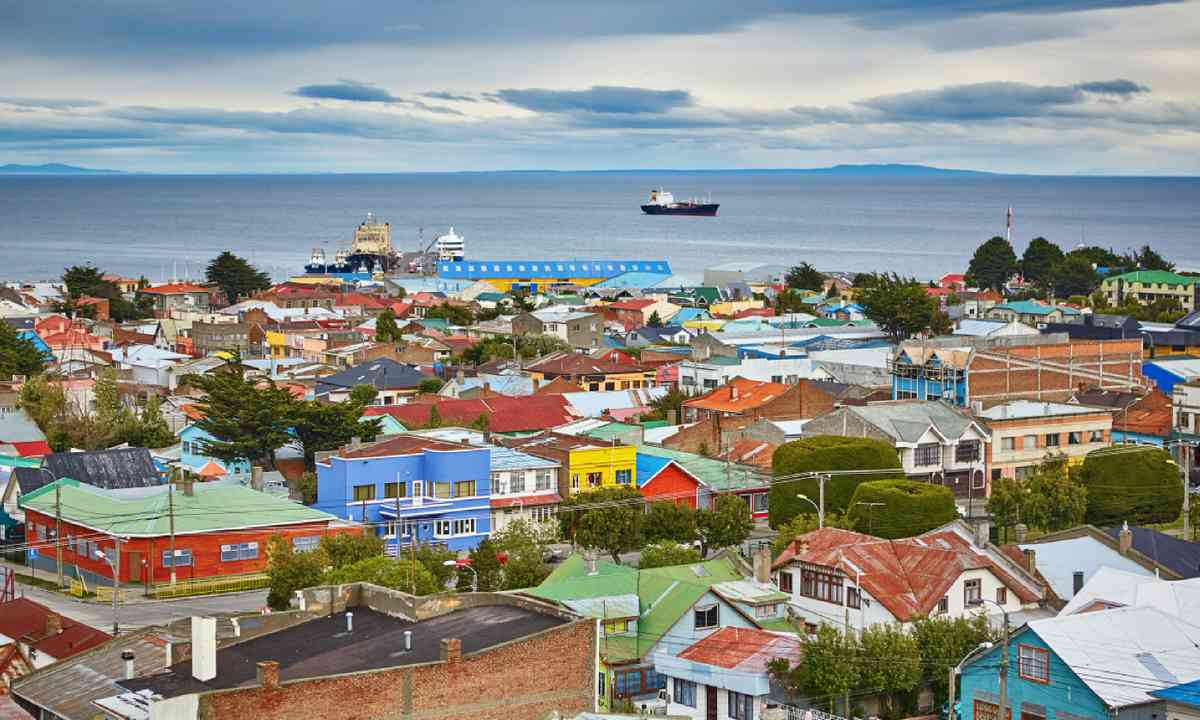 Heading south overland takes you to Punta Arenas, an important port before the opening of the Panama Canal but now a sleepy backwater, enlivened by a few good museums and a grand cemetery full of forgotten sailors. A short drive south lies isolated Puerto del Hambre (Port Famine), where hundreds of settlers once perished in the 1580s, owing to its unforgiving setting.

When to go? October-April, warm but windy; October and April tend to be less busy

Cut off from the rest of Chile by rugged topography, an ice cap and deep fjords, the Aysén region is a true wilderness. The partial paving of the Carretera Austral (Southern Highway) has opened things up, however, and a good pick-up will get you to some of the most striking landscapes in South America. 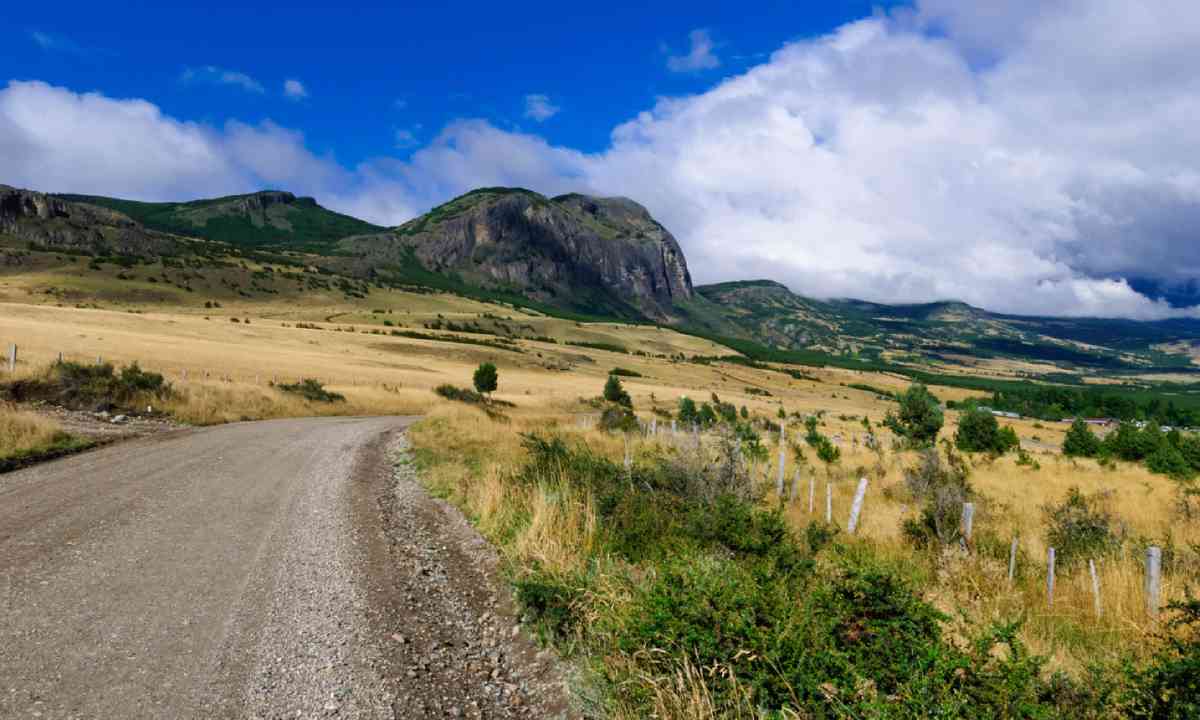 Coyhaique is the only town of any size on this route and the place to stock up on supplies, especially if you are aiming to camp. The Lago General Carrera is South America’s second-largest lake, and while it is surreally beautiful to look at, it is freezing and any kayaking or other trips should only be considered if the wind is down. 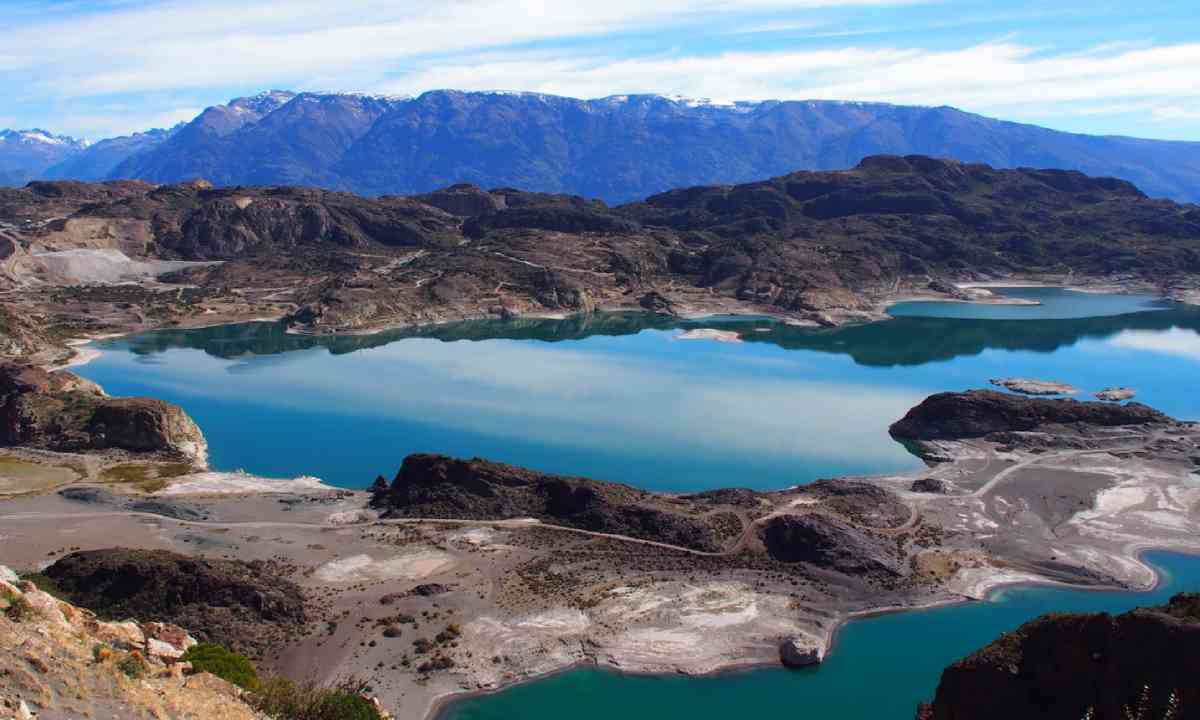 The highway follows the Río Baker, but you should veer left up the Chacabuco Valley to see the recently opened Parque Patagonia. This protected area of recovering steppe and low mountains has good campsites and its grasslands are grazed by guanaco and rhea, and used as nesting grounds for the tinamou and burrowing owl. In the mountains, the skies are patrolled by eagles and condor.

Cochrane is grey and functional, but you’ll probably need it to refill. If you want to go all the way to the end of the road at Villa O’Higgins, you’ll need more like 20 days to explore and get back to Balmaceda Airport.

When to go? November-March, temperatures are mild and driving conditions best

A mirror image of Argentina’s lake region, though wetter and dotted with quaint towns and villages built by German settlers. There’s excellent camping, hiking, kayaking and several rafting and canyoning opportunities across the region, with a string of densely forested national parks built around the active volcanoes of Villarrica, Osorno and Puyehue. 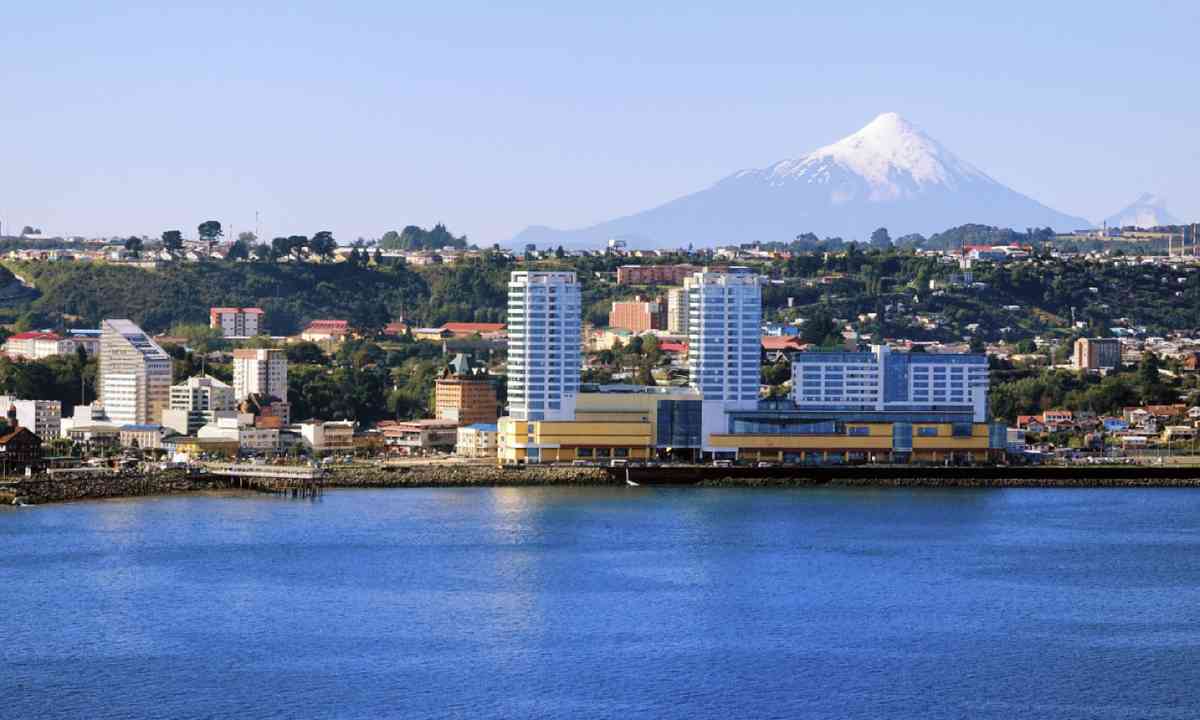 Puerto Montt, the main city, is an important port, but most travellers prefer charming lake-side Puerto Varas as a base for arranging logistics.

The Chiloé Archipelago feels like a world-apart, with its own mythologies, distinctive history and culture. It can be a rain-soaked affair (it depressed the hell out of Darwin when he visited on the Beagle voyage) but there are few tourists, lots of marine life, and cosy lodgings – including waterfront hostels on stilts and smart design hotels around Castro.

When to go? October-April