Irvine Welsh: “I got into a lot of trouble.”

Trainspotting author Irvine Welsh talks about his life of travels. From riding “Nazi horses” and hitchhiking across the US to escaping armed gangs in Panama City, it’s never a dull ride…

Edinburgh is my home city. I grew up there. We’re largely formed by our childhood and young adult experiences. Since I left the city in my teens, I've always been drawn back to it, despite being largely itinerant since then. I still have a flat in the town where I go to finish most of my books.

I was always running away from home when I was young. My dad used to think it was a laugh. My mum used to despair because she thought I was running away because I was unhappy, but I was gloriously happy as a kid I just always wanted to see what was just around the corner. I got into a lot of trouble. 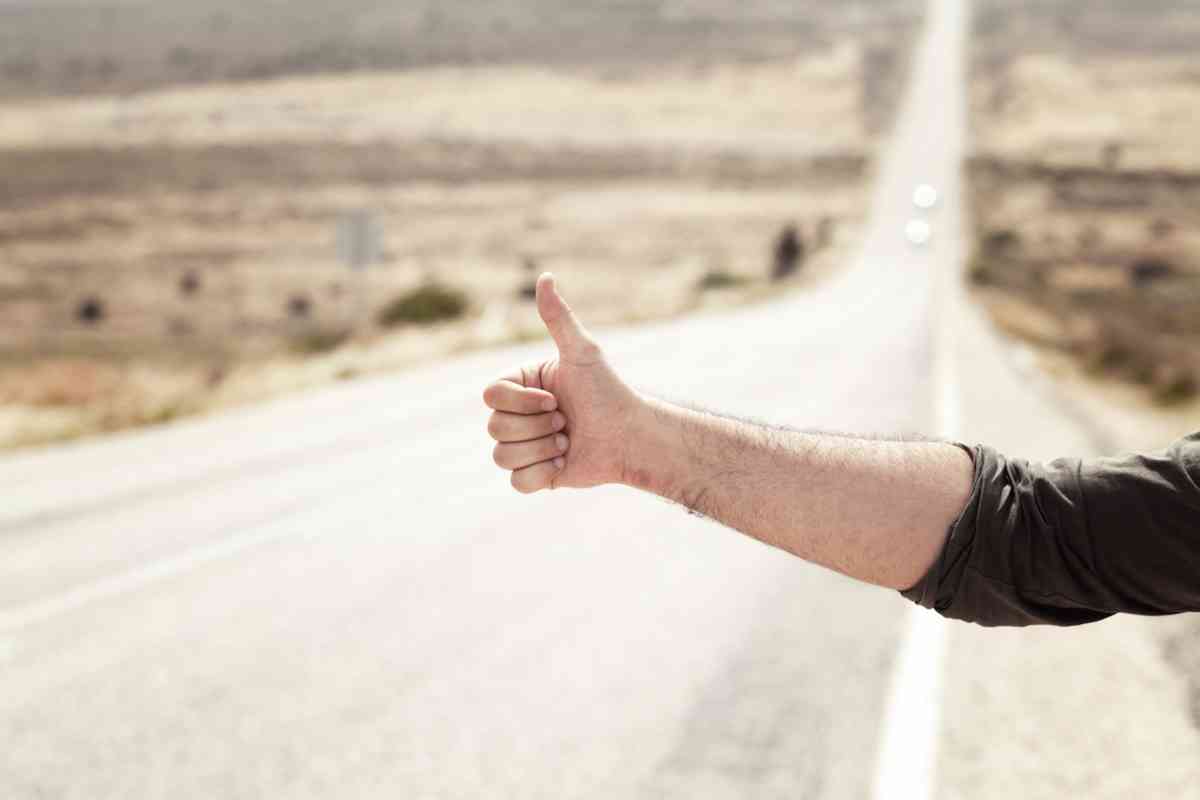 Hitchhiker on the road (Dreamstime)

I spent a lot of my teenage years hitch-hiking around the UK and Europe. As soon as I could travel, I was determined to. I went to the United States when I was 20, travelling around. Most people my age travelled to to Benidorm or to Amsterdam for a smutty wee boy’s rites-of-passage thing. But I was in New York, LA, Turkey or Scandinavia.

The first time I went to America, I hitchhiked from San Antonio down to Phoenix. It was getting really hot out in the desert. I could have been a goner. This guy eventually picked me up but he wouldn’t let me in the front with him, so I got into the back of the truck and got beneath a tarpaulin to shade me from the sun.

Every time I tried to get into the truck, the guy had a shotgun in his hand. He said: “I’ll give you a lift but there’s no way you’re getting in.” I got all paranoid that he was going to stop the truck and shoot me in the desert. When we got to the outskirts of Phoenix, I jumped out. I’ve never been so glad to see a dull, bland suburb. 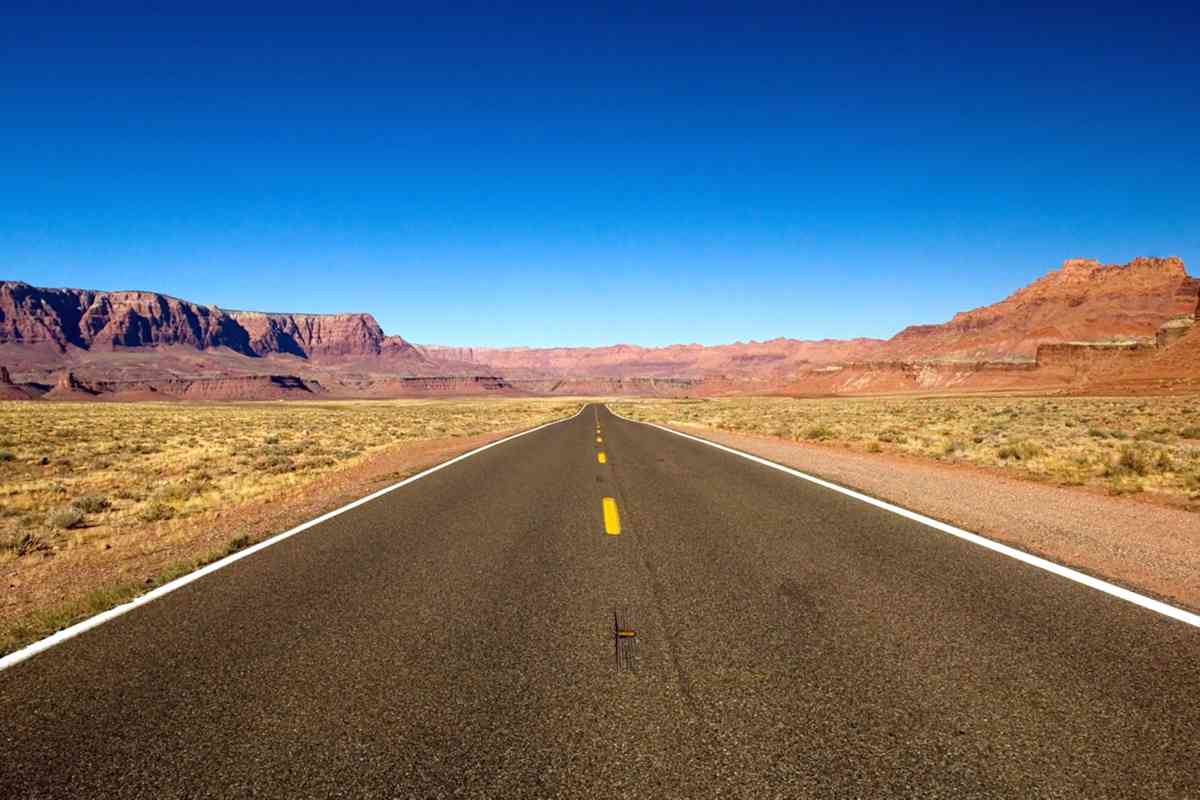 When Trainspotting came out, I realised it was building and building. The other books, Filth and Ecstacy, both went in at Number One on bestseller lists. It seemed to get crazy all around the world. Every country or language seemed to have a translation of it. I realised, with the film coming out, that it was going to get crazier, so I took off for two years.

I went to Amsterdam and got a flat by a canal and lived there quietly. Then my wife went back to university in Stirling, so we moved into a little flat in Dunfermline. No one really knew I was around. I wasn’t seeing people in Edinburgh. People thought I’d be in LA or New York, but I was just hanging out in Dunfermline shopping centre with the ‘young team’, getting a swig of cider from the young guys and chatting to them.

It was a crazy time in my life. Before, it was about being young and stupid and enjoying having a tear, but post-Trainspotting it was about having the money to be really decadent and really go for it. If something really weird and fucked up didn’t happen, it was almost more of an anomaly. 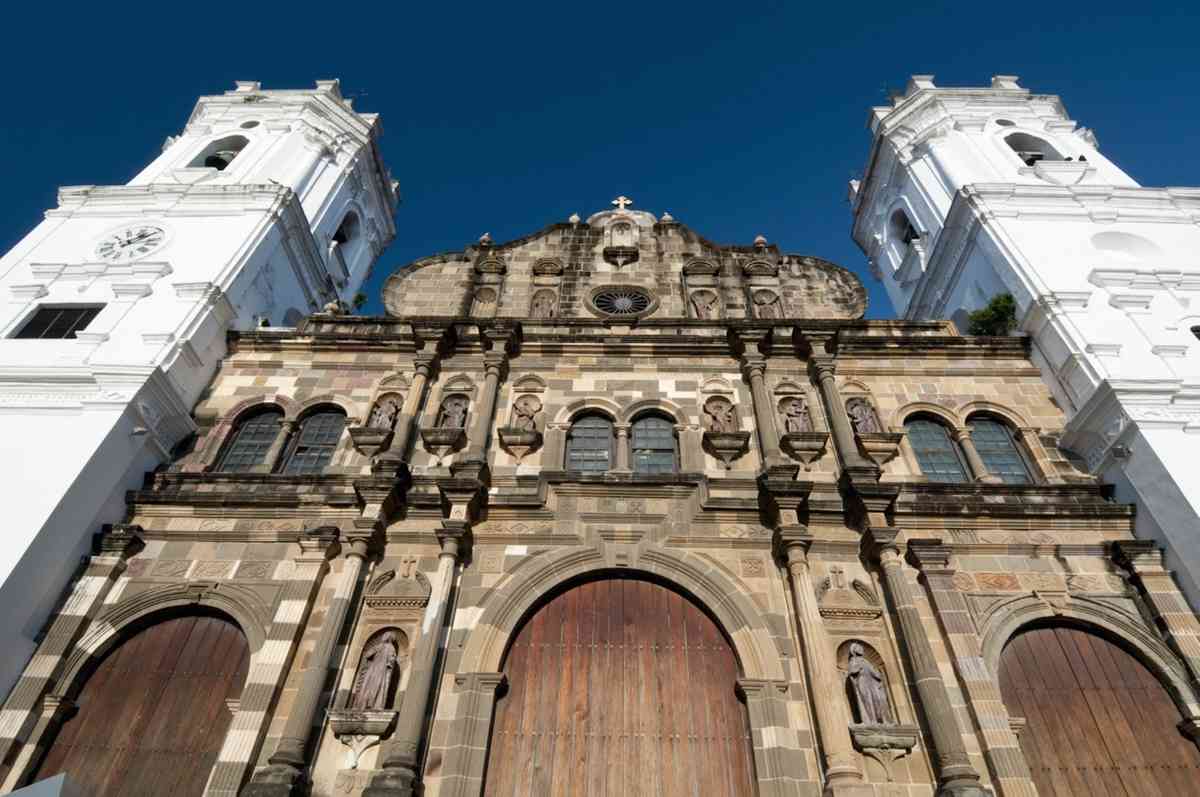 One of the hairiest trips I remember was to Panama City. Panama City is all modern and new-build, apart from San Felipe, the old UNESCO World Heritage site, a very rough part of town. I wanted to go down there for a walk.

There was a terrible fucking vibe there. I got the bad eye from everybody. I thought they must think I’m an American and they don’t like Americans there because of the politics of what happened in Panama and the region. I went to one bar and then another, then I realized I was being followed by half a dozen guys. One of them showed me his gun inside his jacket. I thought “Oh fuck, here we go.”

I went into the next bar and they followed me inside. I thought, “Fuck, I don’t know what to do. I’ll just approach them. That’s the best thing to do.” I went up and asked “How’re you doing guys? What’s all this with the shooters about?” They were quite taken aback.

We got chatting about boxing, about the fights between Roberto Duran from Panama and Scottish boxer Ken Buchanan. We got onside with each other, swapping drinks . But I was thinking, “I’ve got to get out of here because every one of these guys is packing a shooter.” I waited until they got drunker, then I slipped out.

I was always interested in going to new places and checking them out. I still am. I’m fascinated by it. Globalisation has wrecked it a bit and getting older has wrecked it a bit too, because in the past, I could sleep anywhere, on the road, on a park bench. Now, I really need to have a proper bed in a decent hotel. 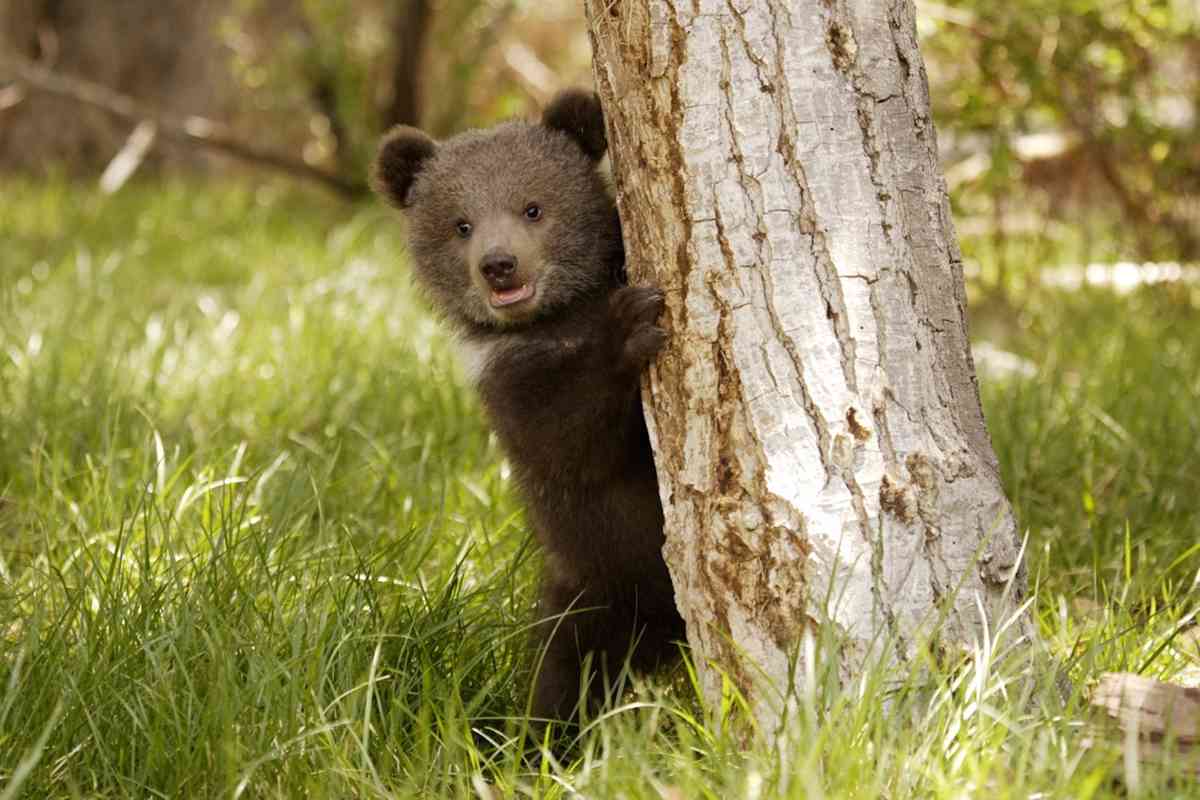 I’ve always been fascinated by bears. They’re my favourite animal. I went on a polar bear adventure recently. But I really like the indigenous American black bears. They’re smaller, but they’re very agile. Unlike other bears, they climb trees. They’re mischievous and fun. They’re the ones that raid the trash and all that, the ones you find in the house raiding the fridge. People moan about bears raiding their trash but the bears were there first.

They get in people’s faces and like causing bother, but there’s no real malice in them either. They won’t attack, unless you get between a mother and her cub. They tend to back off, not like a grizzly.

I’ve been on safari in South Africa and saw lions, hippos, stuff like that. I went to a place where they had lion cubs, or supposed lion cubs. They were like teenage lions, like ‘hoody’ lions. They were jumping up, and I just thought, “My God, these bastards are fucking huge.”

They encourage you to be quite robust with them. They jump up and stand up against you, and you’re meant to just push them down and all that. I think these guys were pushing it here though. You could see that people had gone from being a friend to a playmate to a plaything to a snack. 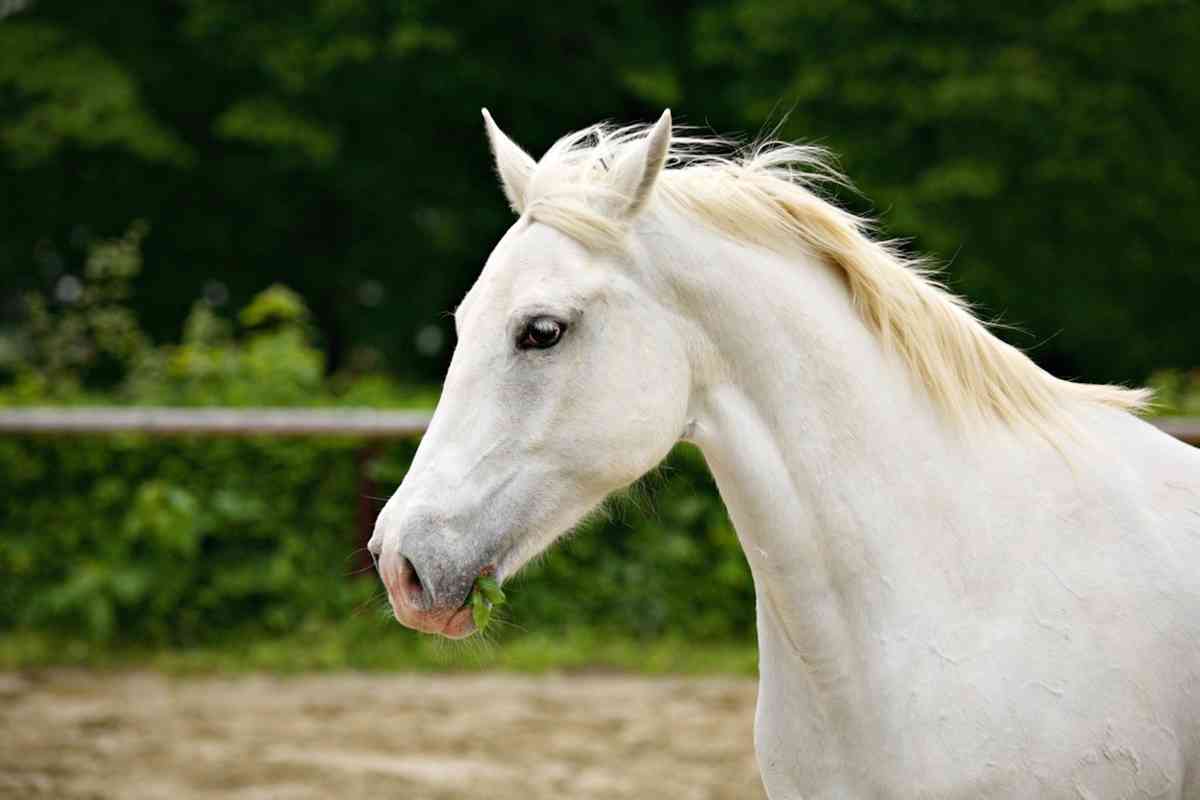 My wife is really mad on horses. We went to Lipizzan in Slovenia, on the Slovenia-Italy border, where they have these big white horses, like dressage horses. They’re pure white, no bits of grey or brown in them, like Hitler-Nazi horses. They were like a pure Aryan race of white horses.

They do all the big military dressage parades. They’re very snooty and pompous, but also kind of lovely and visually spectacular. They look amazing, with gold and red velvet, always pulling carriages.

I can get on a horse. I’m not a skilled horseman but I usually just get on the back of some big docile, daft thing. I can do that. 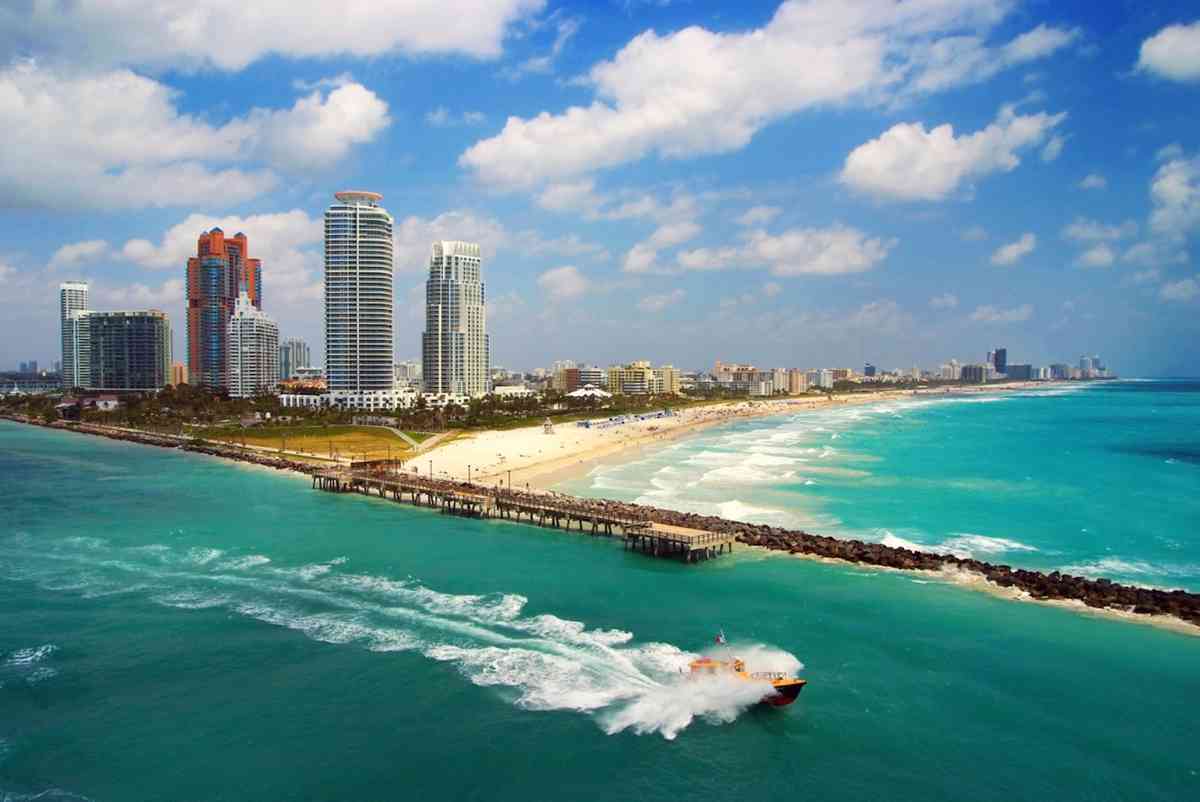 I live in the US now. I love Chicago. It’s a great town, and Miami has a very visual culture, because of the sun and the light. You get all the photographers, artists and beach people there.

Edinburgh is very much about a verbal culture. Across Scotland, you have that oral Celtic storytelling tradition. People always have a good line in chat. In Miami, you drink in things visually and look at people, but in Edinburgh you’re listening to conversations. I find Edinburgh a very inspiring place. I jump on a bus or go to a pub and just tune into conversations, and I get so much material.

Edinburgh still feels very homely and familiar to me. I see so many people that I know, friends and relatives who didn’t do drugs or all that kind of stuff I did, and some of them got really sick or died and stuff like that. It’s such an arbitrary thing. There’s no rhyme or reason to it.

I miss that not-giving-a-fuck that I used to have when I was younger. You become a bit risk-averse as you get older. You see what happens to other people and become more cautious. Your sense of mortality kicks in and you lose that sense that you’re invulnerable. You think to yourself: "I kind of like life and like being around, so I’m not in a hurry to be the architect of my own demise."

T2: Trainspotting (Sony Entertainment) is available as a Digital Download from May 22 and out on DVD, Blu-ray and 4K Ultra HD from June 6, including deleted scenes.