Don’t look down! 10 of the world’s most intense via ferratas

Combining cables, ladders, suspension bridges and precarious wooden walkways, via ferratas offer the most hair-raising and adrenaline-pumping ways across a mountain. Here are 10 of the most spectacular...

1: The Dolomites via ferrata, Italy 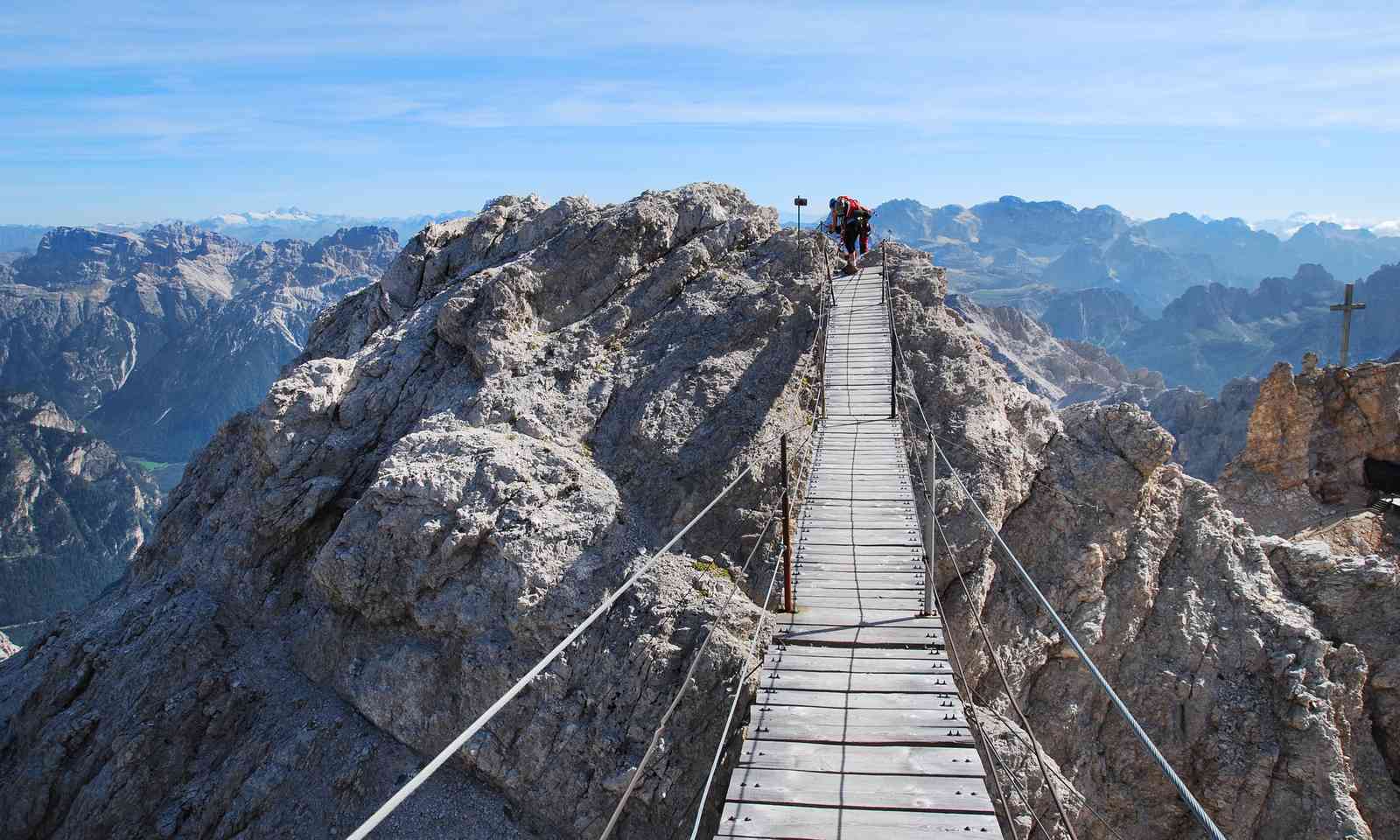 View from via ferrata Ivano Dibona in the Dolomites (Dreamstime)

Via ferrata is Italian for ‘Iron Way’ and it was here in the Dolomites that the idea to create paths along the sides of cliff-faces using iron cables and ladders was first widely used.  The Dolomites were the frontline in the First World War and the routes were created so Italian soldiers could move quickly and safely over the mountains.

Today, there are over 600 via ferrata in the Dolomites, the shortest 190 metres in length, the longest over 1.2 kilometres. Choose one to suit your fitness level and braveness level of braveness, and set off.  You can also stay in rifugios (mountain huts) along the way. The views are always spectacular, with tunnels and trenches from the war still visible. 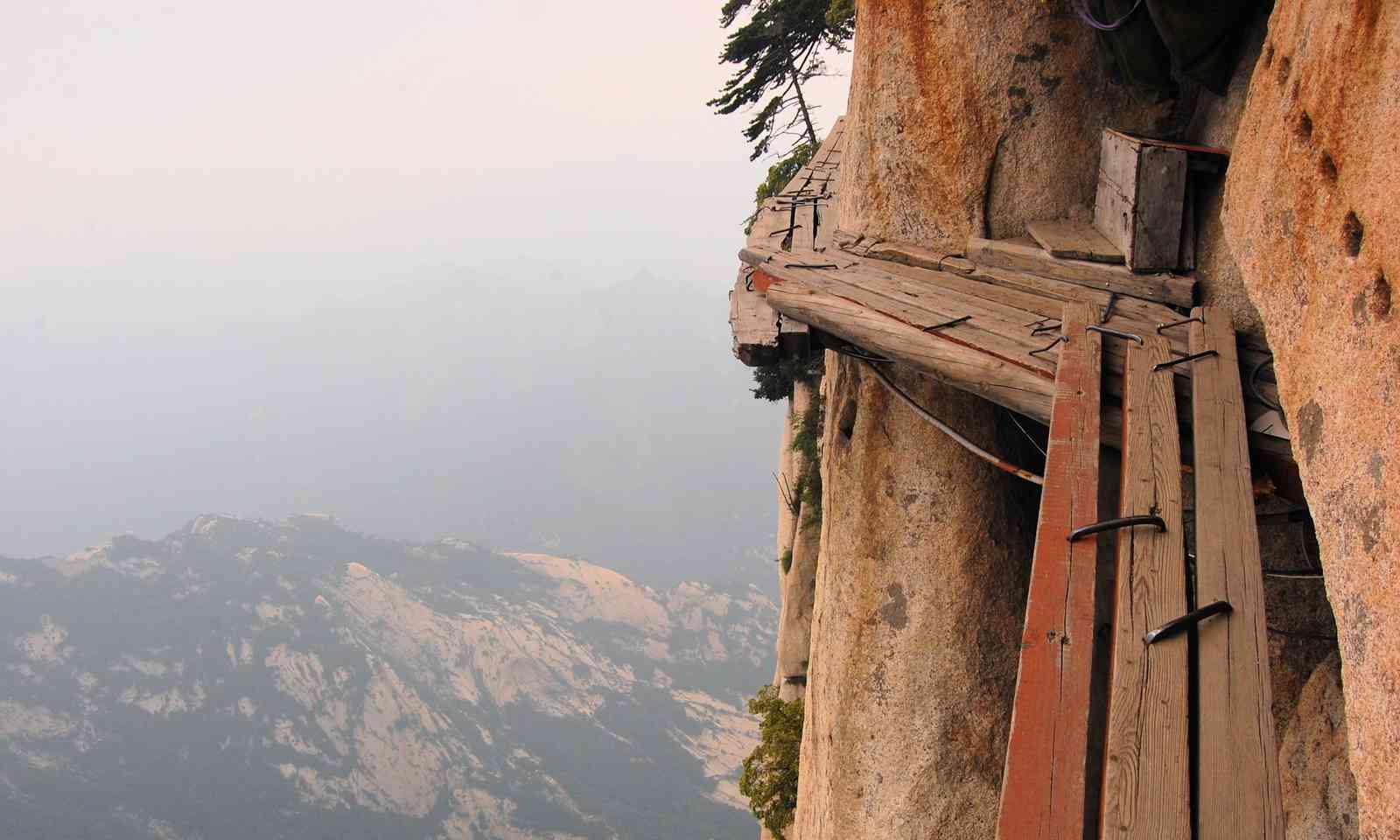 The undisputed winner of the world’s scariest via ferrata, the Chang Kong cliff road in Shaanxi Province can also lay claim to being the oldest. It is believed to have been created by monks to reach the sacred peak of Mount Hua way back in the 13th Century.

Little more than a series of wooden planks, laid on top of iron pegs driven into the side of the cliff, thousands of metres above the ground, the pathway has claimed many lives. Authorities now insist walkers wear a safety harness.

Be warned: once you start the Chang Kong cliff walk, you must finish it. At barely 30cm wide, the pathway is too narrow to allow two-way traffic. 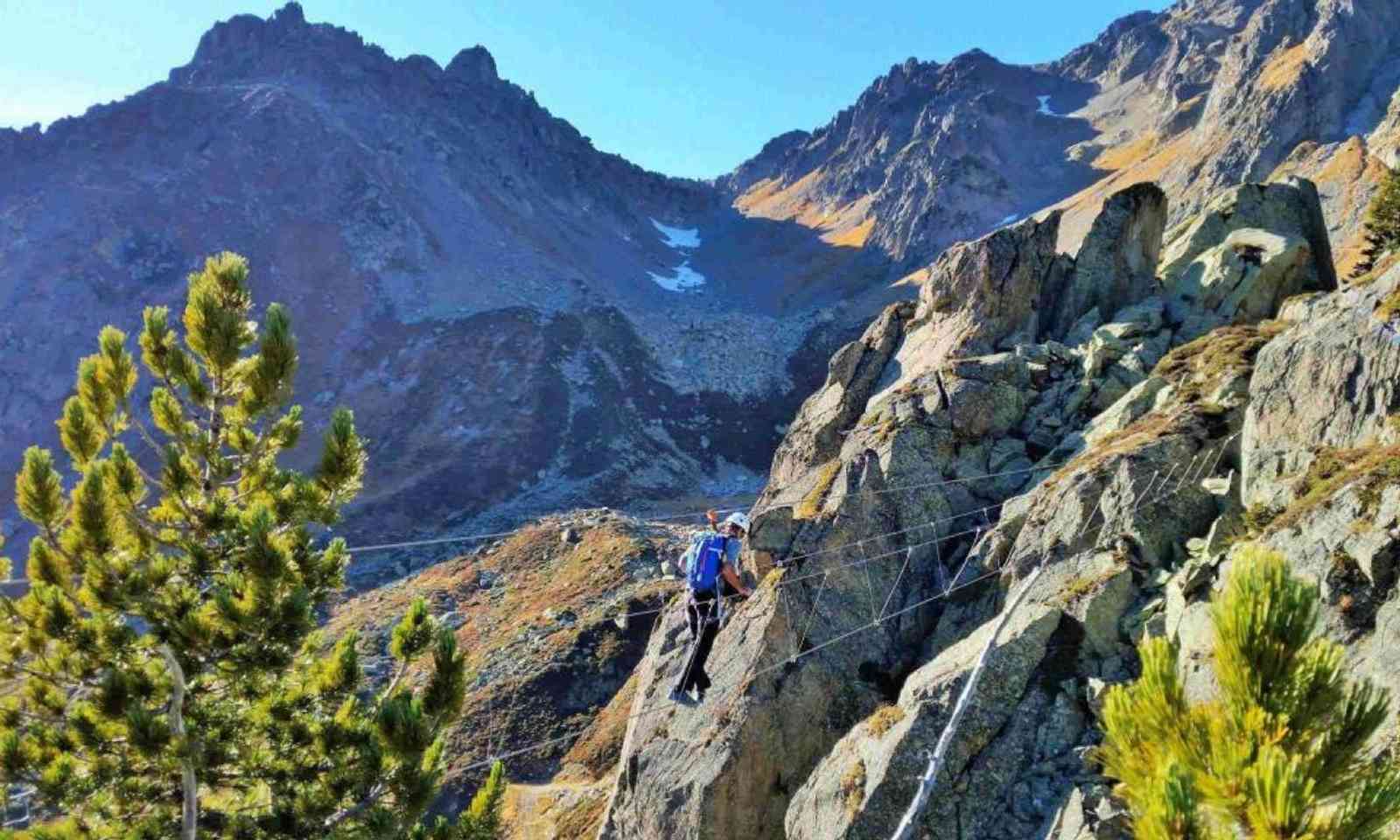 Only finished in 2016, La Via des Evettes is the first new via ferrata in the Alps for many years. Set on the southern slopes of Chamonix, near the ski lifts of Flégère, it offers beginners the opportunity to sample life in the vertical world and a warm up for Pic Janvier, further along the southern ride, for more experienced climbers.

If you’ve never done via ferrata or alpine climbing before, you must go with an experienced climber or guide, or take a short course in climbing fundamentals before setting off. The trailhead is a 20-minute walk from the top of the Flègère chairlift and begins with a spectacular Himalayan-style footbridge. 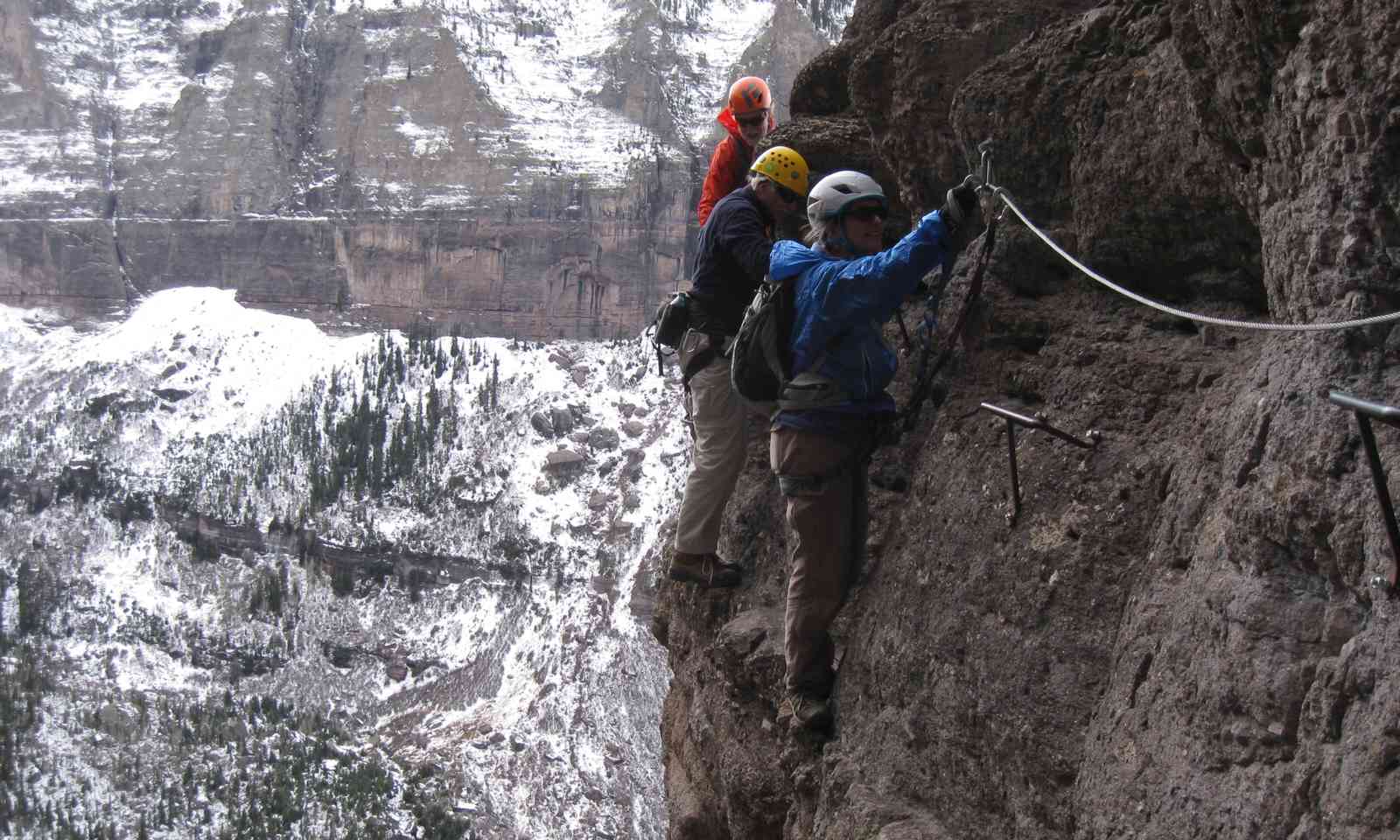 Climbers traverse along the via ferrata route in Telluride (Dreamstime)

Another new via ferrata, this time in the massive San Juan mountain range in Colorado, the Telluride via ferrata offers unforgettable views of Bridal Veil Falls and the Telluride’s famous box canyon.

The path runs alongside Ajax Peak and follows an old mining trail. To reach the start, catch the free public gondola that connects Telluride with the mountain village 10,500 feet above it. Set on Jebel Jais, the UAE’s highest mountain, this via ferrata is the first in the region and takes over four hours to complete. It offers a mix of traditional via ferrata walkways and climbs, with three zipline sections, the longest 300 metres long.

With professional instructors on hand to guide you along the route, Jebel Jais is one of the best places in the world to begin your foray into the world of via ferratas. There is a steel cable that runs along the entire route for you to secure yourself to and a variety of climbing aids like iron rungs, carved steps and ladders should you choose to use them. 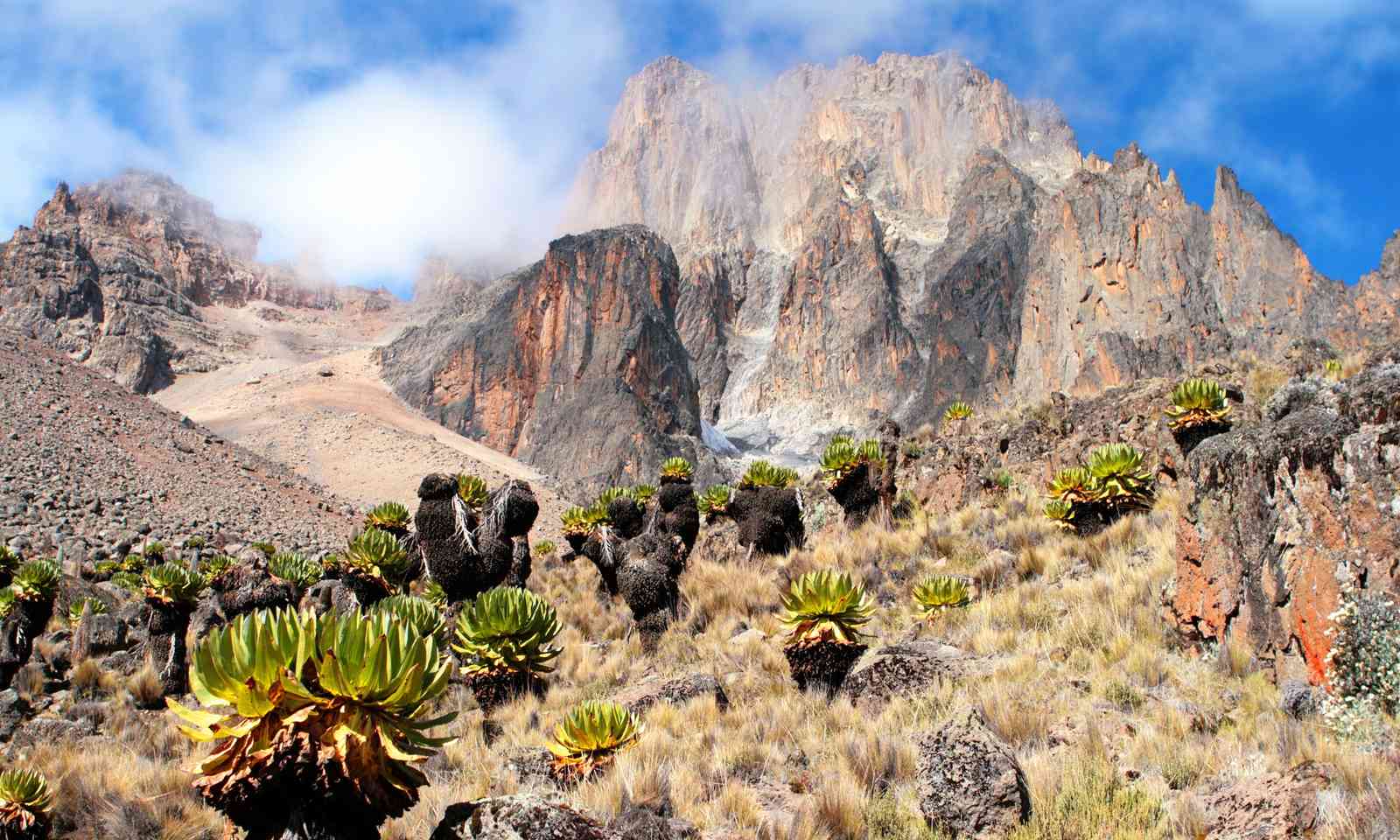 At 16,355 feet above sea level, the via ferrata on Mount Kenya is the highest in the world. Set in a national park, its also the only the only one you can combine with a safari. Keep an eye out for elephants, tree hyraxes and, if you're lucky, leopards on your way to the peak.

Via ferrata veterans also claim that it is one of the most beautiful. Set on the side of an extinct volcano, you’ll enjoy unparalleled views of gorges, sharp peaks and the other-worldly succulents the park is famous for. There’s a glacier too, but you’ll need to be quick, as it’s receding rapidly. 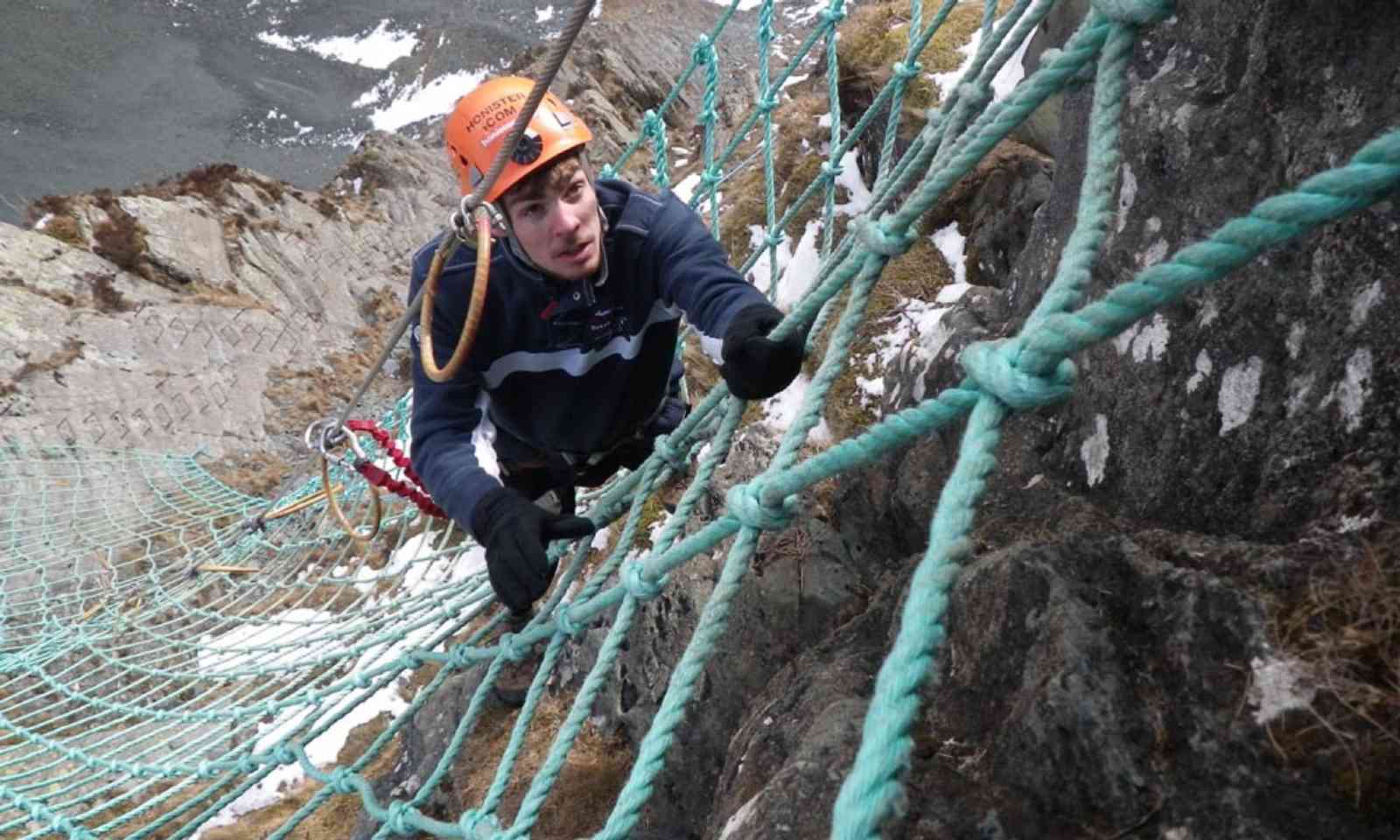 What do you do with an old slate mine once all the slate is gone? The Honister Slate Mine company in Cumbria’s Lake District turned theirs into a via ferrata,

Just outside of Keswick, Honister’s via ferrata follows old mining trails and offers a mix of vertical climbs, a Burma bridge and a unique cargo net crossing. The company offers two versions, Classic and Extreme, with the extreme offering more vertical climbs and hair-raising edge exposures. It’s up to you how hard you want to push yourself. 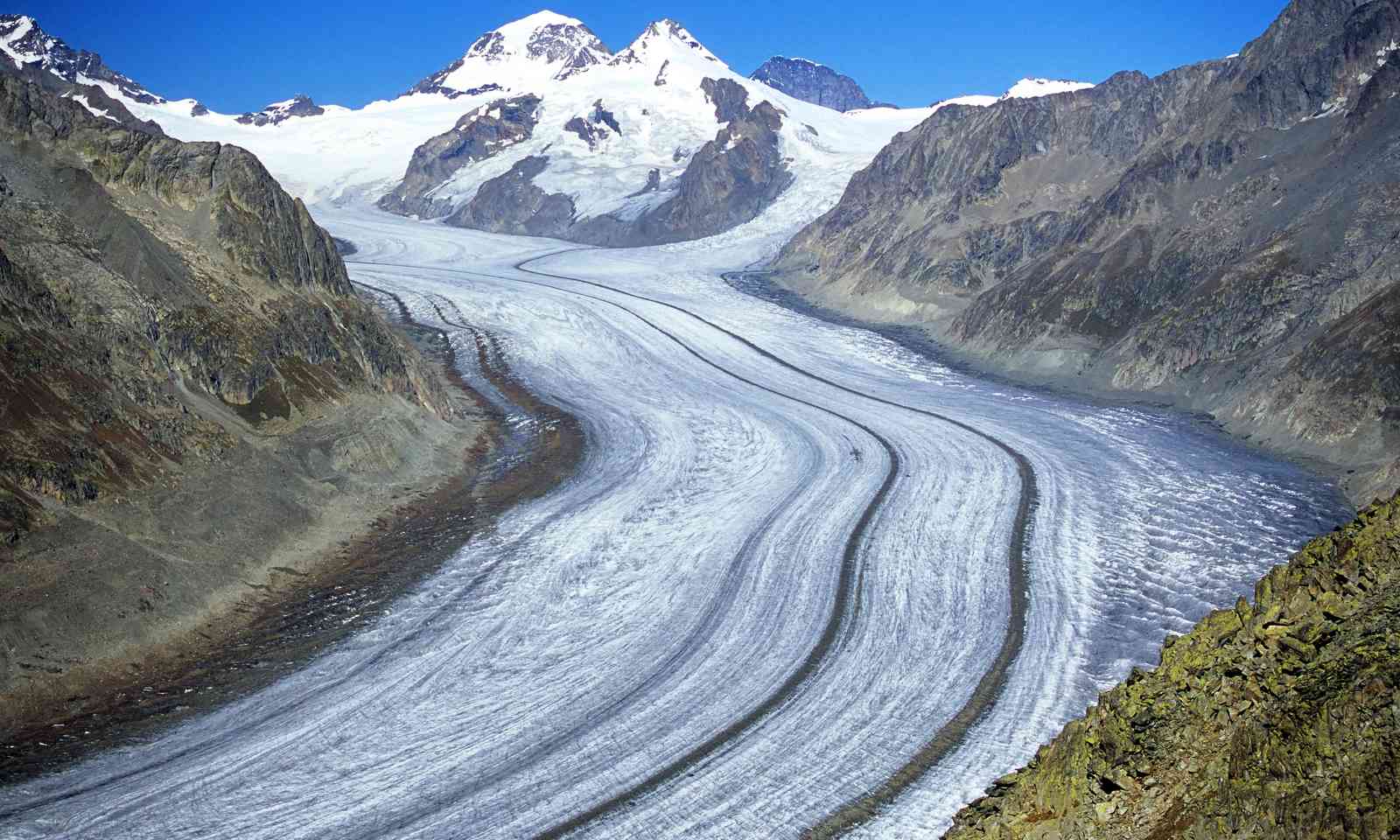 This is another via ferrata with a glacier, this time the largest glacier in the Alps: Aletsch. It covers an incredible 46 square miles and forms the backdrop for most of your adventure.

The via ferrata circles the Stausee Gibidum reservoir and includes a bouncy walk over the longest suspension bridge in the Alps. There are a number of steep climbs and long walks, guaranteed to work all of your muscles, Thankfully, the famous thermal baths of Valais wait at the end of your adventure, the ideal way to sooth your weary limbs.

Set on the sheer cliffs that rise above the Urubamba River, near Ollantaytambo in Peru, this via ferrata features a 984-foot vertical climb up steel rungs, delivering an instant jolt of adrenaline and extraordinary views across the Sacred Valley.

Once you’ve reached the top, you're spoiled for choice on how to get back down. You can rappel back the way you came or take an exhilarating zipline ride back across the river.

You could even make a night of it and choose to sleep in the Skylodge Adventure Suites, a collection of transparent capsules fixed to the side of the cliff, high above the valley floor. 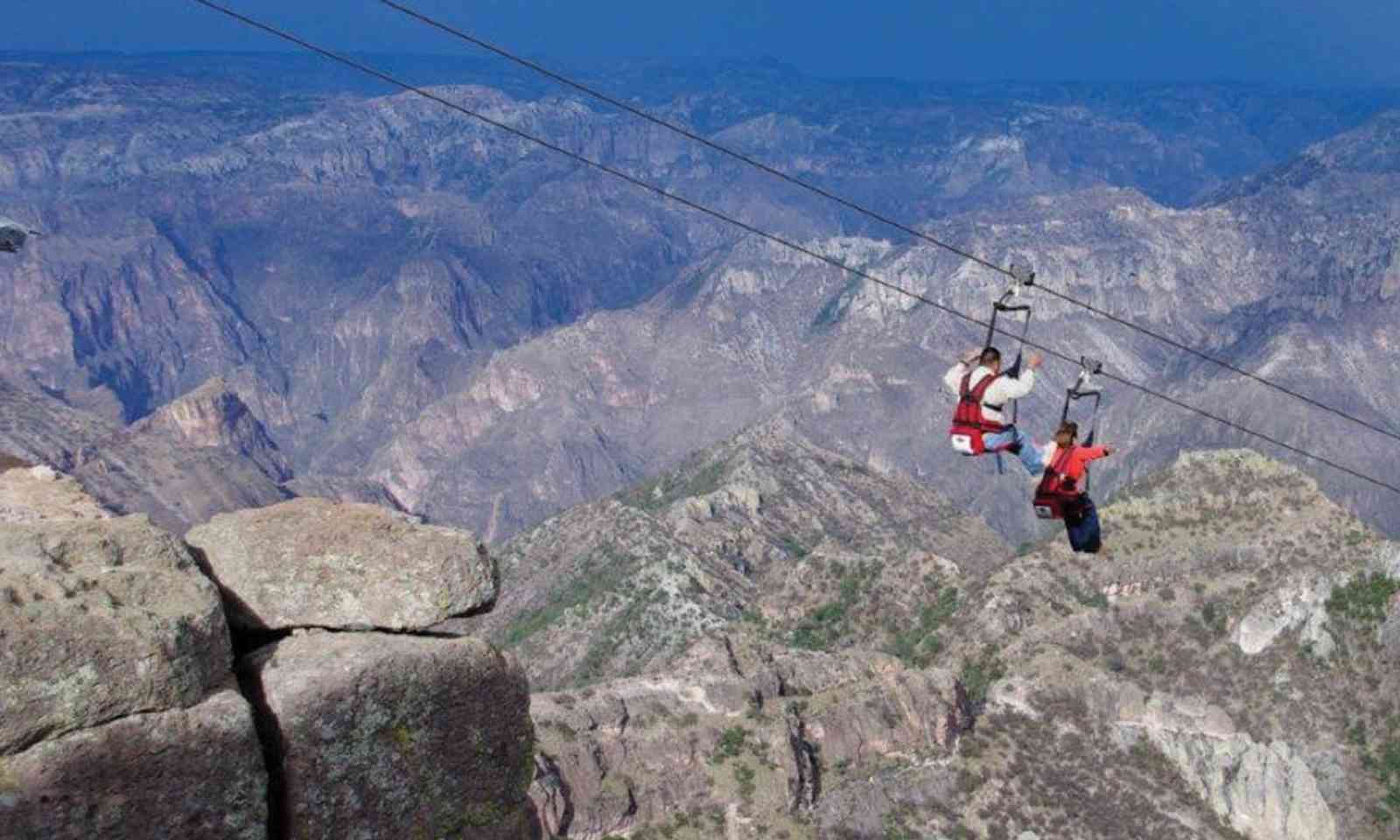 Ziplining across the Copper Canyon (parquebarrancas.com)

Longer and deeper than the Grand Canyon in the US, it should come as no surprise that the Copper Canyon in Mexico offers one of the world’s most exhilarating via ferrata experiences in the world. Set in the Barrancas del Cobre Adventure Park, near the El Divisidero train station, thrillseekers can zipline across the canyon or test themselves on a challenging high ropes course.

The zipline course begins next to the restaurant, and involves negotiating seven ziplines and two suspension bridges. It is over four kilometres long and 450 meters above the ground. The high ropes course is more physically demanding and includes rappelling down a sheer canyon wall, swinging across scary gaps and climbing demanding ladders, but is still suitable for beginners. Both options offer the unique opportunity to appreciate the sheer size and grandeur of one of the world’s great canyons.

Main image: Climbing a via ferrata in Austria (Dreamstime)