Forget the swarms at Angkor and the beach-bums in Sihanoukville, says Nick Pulley from Selective Asia, and discover something new on your next trip...

Long considered a one trick pony, Cambodia has come a very long way from its past incarnation as a three-night Siem Reap stopover – essentially just an interesting add-on to your holiday in Thailand or Vietnam. A very long way.

During recent years the former Khmer Kingdom has shaped itself into one of South-East Asia's most tempting destinations, offering something to suit everyone.

Many of us are now finding our way back there, revisiting the Angkor temples, for sure, but this time including some of the barely known, harder-to-access temple sites, further away from Siem Reap.

Cambodia is no longer all about temples, either; Phnom Penh has metamorphosed into one of the most enticing cities in the region. Elsewhere in the country, excellent eco-lodges and jungle camps have begun to appear, and the south coast has evolved a completely new look.

With the Angkor temples very much selling themselves, for me it's the lesser-known highlights, in the more far flung corners, that really complete a great trip through this beautiful, intriguing country.

Some of my personal favourites include... 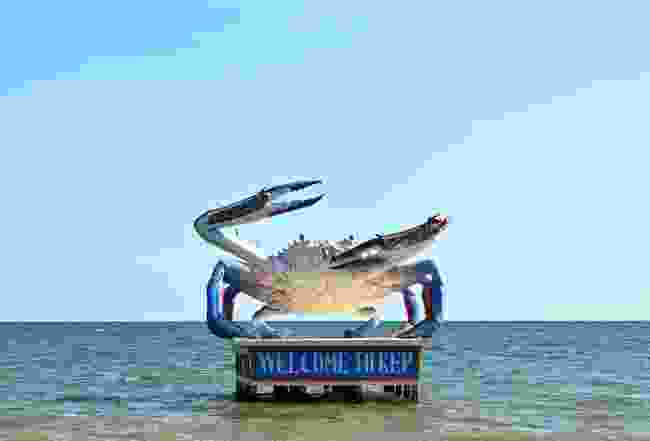 'Kep-sur-Mer', an old French Colonial town that became a popular retreat for the Khmer elite in the 50s, but later witnessed some of the most ferocious fighting between the Khmer Rouge and government forces. It lay all but deserted for the following few decades, until intuitive expats began to rebuild and renovate the beautiful old villas.

The town does not boast the fine beaches of Sihanoukville, but this is exactly what makes the place so special. There's not one tacky seaside shop to be found, and the local wood shack restaurants serve some of the finest seafood in Asia.

In truth it's a mesmerising place in its current form, and one can't help but guiltily wish for it to be left as is; the original architecture that remains is still thoroughly pleasing on the eye, and the scars of battle almost add to its impact.

Rabbit Island is just a short boat ride away and makes for a great day trip or even overnight stay on the beach, while the nearby province of Kampot is home to a large National Park and Bokor Mountain, both of which can easily be reached on a day trip. The region is well suited for cycling, and there are several Angkor-era 'cave-temples' to be explored. 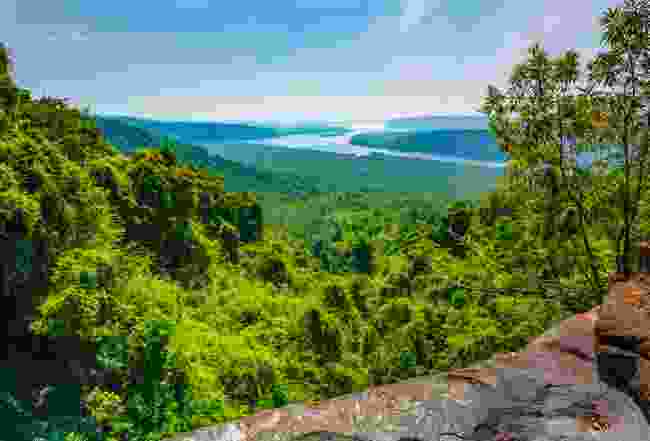 Cambodia's south-west corner is a nature lover's paradise. To reach it you must drive south-west from Phnom Penh, then up along Koh Kong Conservation Corridor – a richly bio-diverse area that's thankfully protected by the Cambodian government.

Alongside the corridor, the stunning Cardamom Mountains are home to gibbons and monkeys, among other primates, and a wide variety of birdlife, such as hornbills. You may even spot an elephant if you're very lucky.

My favourite places to stay here include Chi Pat village and the Four Rivers Floating lodge. The remote village of Chi Pat is only accessible by dusty track and has joined forces with several neighbouring settlements to form a fantastic community-based eco-tourism project, consisting of a few basic guesthouses and homestays.

The villagers participate in cooking and guiding, with activities on offer ranging from relaxed cycling – close to the villages, to overnight camping in the hills and full-on five day treks.

Four Rivers, meanwhile, is a superb flotilla of African-safari style tents on connected platforms, floating on a quiet stretch of the Tatai river, 30 minutes north of Koh Kong. It's a novel and ideal base for treks, kayaking, exploring the nearby mangrove forest, and generally chilling out by the river. 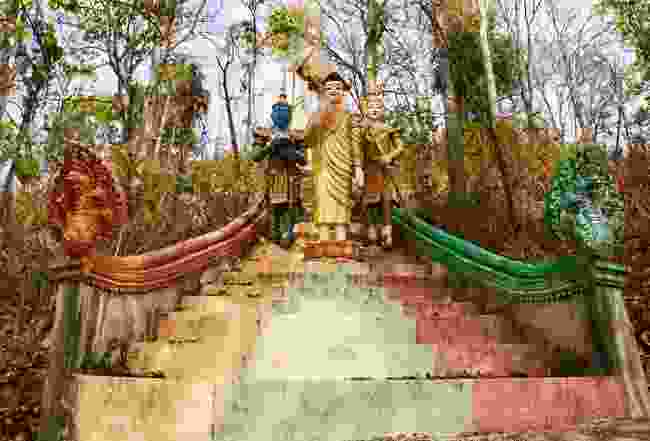 New on my list is Kratie – a delightfully energetic, Colonial-style town on the banks of the Mekong River, about 100 miles north-east of Phnom Penh. Most visitors arrive hoping to glimpse the town's famous Irrawaddy dolphins, often seen frolicking 10km to Kratie's north.

The best time of the year to see the dolphins is between March and August, when the waters are lower, but they can be spotted year-round. Try to avoid lunchtimes, when sightings are less frequent than in the early morning or later afternoon.

Koh Trong – 'the King's Island' – lies in the Mekong, just off Kratie. It's surrounded by beach between December and May, and river swimming is possible all year round. Peace reigns, here – there's an old stupa to visit, sometimes Mekong mud turtles along the western coastline, and several small villages to explore.

We stay at the Sala lodge, a traditional rural guest house whose restaurant serves excellent authentic Cambodian food. There are only five rooms here at the moment, with four new sympathetically designed villas on the way.