Inside our virtual event: Japan through the seasons

Catch up on the full recording of the event, see the answers to your questions and read about the highlights of the Japan virtual event...

Nearly 400 of you joined us from your living rooms last night to be transported around Japan by travel journalist Rebecca Hallett. And she certainly took us on a journey to remember! Her inspirational presentation took us through each season of this incredible country and we got to hear Rebecca’s recommendations, personal stories and saw some great photos and videos.

After the presentation, you flooded the chat box with questions, which our Japan experts Alastair Donelly and Matthew Joslin answered.

If you weren’t able to take notes quick enough, or couldn’t join us for the event, don’t worry! You can catch up on all the highlights of the evening here.

Our experts answer your questions

What are Japan's seasons?

There is a lot of regional variation, but the four seasons are defined as:

The rainy season starts in Okinawa (roughly May to mid-June) in the south of Japan and sweeps up through the main islands to Northern Honshue (mid-June to July). Ogasawara and Hokkaido largely avoid the rainy season. Typhoon season can stretch from May through October. With the global climate crisis this has become less predictable, but it's very rare for any big ones to hit early in the season. In Okinawa the peak tends to be August and September, while in northern Japan it's September and October. Japan is very well prepared, and annually around seven or eight typhoons make landfall in Okinawa, and about two or three in the main islands.

Where do you recommend going in Spring?
Wildlife enthusiasts should head to Hokkaido, where you can see red-crowned cranes, seals, Steller's sea eagles and white-tailed eagles in Kushiro. Head to Shiretoko for Baird's beaked whales, orca, brown bears and Blakiston's fish owls. In Spring, the weather in Okinawa is good and you can spot humpback whales, see early cherry blossoms and enjoy the beaches. To see late cherry blossoms, head to Fukushima Prefecture.

Where do you recommend going in Summer?
Escape to the subtropical Ogasawara islands to enkoy the beaches, islands and nature activities. In late June, head to Japan's Alps to spot glowing fireflies. For summer festivals, go to Tohoku's Sandai Matsuri (Three Great Festivals) in August. Kanto matsuri is in Akita, Nebuta matsuri is in Aomori and Tanabata matsuri is in Sendai.

Where do you recommend going in Autumn?
In September, it's worth going to a sumo tournament in Tokyo or you can see sumo in Fukoka in November. You can also join in with the rice harvest in Tono. Marvel at the autumn leaves in Towada-Hachimantai National Park or go to the Mountainous Hachimantai region for drives and walks above the treeline.

Where do you recommend going in Winter?
Head to Nyoto Onsen in northern Japan to relax in an onsen surrounded by snow. Other onsens I'd recommend are Shibu Onsen, Jigokudani and Korakukan. Winter is a great time for sports as there are over 500 ski resorts, with a lot around central Hokkaido. Or go to Odawara near Hakoke to admire the plum blossoms. 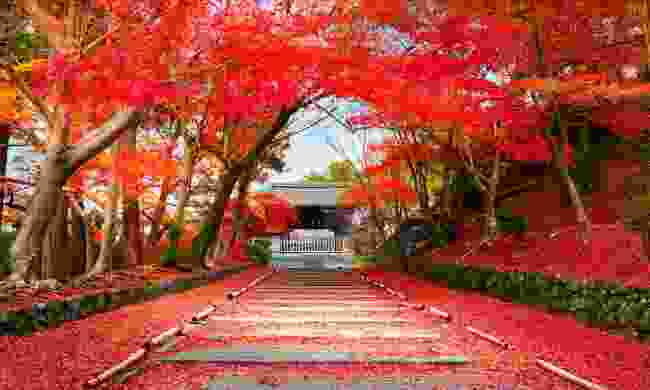 Where is the best place to be based for a visit to the northern area?

Tohoku is a very large area, so it depends on where you'd like to focus. Fukushima is a good base for exploring the southern part of Tohoku, with bullet train links to Tokyo, Yamagata and Sendai. Sendai and Morioka are good options for heading to the east coast, while Akita is best for the west coast and Noto peninsula. Aomori is well placed for visits to Hachinohe and the Shimokita peninsula, and connections to Hokkaido. There are several rail passes, aside from the national one, which focus on Tohoku. With one of them, you can easily move around the region rather than basing yourself in one spot; a couple of them also cover the southern portion of Hokkaido island.

What are the best places to base yourself in Tokyo?

It’s such a massive area that for the full experience it warrants a couple of nights using a few different bases but Sendai, ‘city of trees’, is definitely the most well connected and cosmopolitan for home comforts. It’s on the bullet train line, with services out to various places including the mountain temples of Yamadera and Matsushima Bay. It’s also the host of the Tanabata Matsuri (and a number of others).

Otherwise, the samurai city of Aizu-Wakamatsu has great ryokan inns, a thriving local crafts scene and makes a great base for exploring the Tadami Line, Mt Bandai, Lake Inawashiro and the wider Urabandai Lake District.

What is the best place to get a good view of Mount Fuji?

You’re most likely to get the best view of Mount Fuji in winter. The north side of Lake Kawaguchi is the place to see the mountain. Another good place for a view is on the train – you can ask for a mountain-side window. It’s not a blink and you’ll miss it sighting, it’s there for a good couple of minutes. Another great vantage point is from a ferry in Suruga Bay. Or for an urban view, go to the city of Fujinomiya. It’s about an hour and 40 minutes from Tokyo by train but easily accessible and home to the Mt Fuji World Heritage Centre, the Fujisan Sengen Shrine, diverse soul food stalls, a killer autumn festival and scenic waterfalls.

Where is the best place to see snow monkeys?

The most famous place to see the monkeys bathing in winter is at Jigokudani park in Nagano prefecture. It’s accessible from Nagano bullet train station by bus but is also just next to the very quaint onsen town of Shibu onsen and the beautiful hot spring inn of Kanaguya, registered national heritage. Otherwise, one of the other places you can see snow monkeys in Hokkaido. The scenic port city of Hakodate (on the bullet train line) has a popular hot spring resort area known as Yunokawa Onsen, where monkeys come to bathe in the thermal waters of the botanical garden. 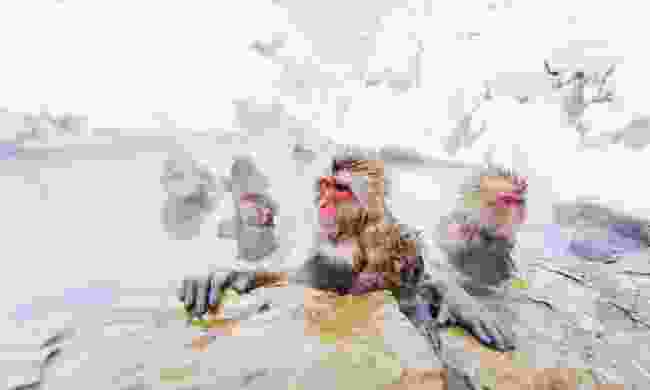 Is it true that Japan has lots of toll booths?

That is correct – it’s less of the case on slower backroads but Japan does have many toll booths that can push up costs if you want to be zipping around on expressways. To make things easier and more economical, there are national and regional self-drive equivalents of the Japan Rail Pass, called Expressway Passes, providing international visitors with a waiver on toll booths for a fixed amount of time – a bit of a life-saver. You can find out more here.

Is it true that Japan is expensive?

The thing about Japan is that once you get there, it’s very much like a European destination. There are ways to do it expensively, and there are ways to do it cheap. The standards in Japan are so high, so even the cheap options are still very good. Seasons also make a difference, so if you are going during cherry blossom season, things will be more expensive. Off-season trips make it cheaper. Winter is generally cheaper and the landscapes are just as beautiful. It’s a question of planning and research.

What would you recommend reading and watching before visiting Japan?

One of my favourite Japanese directors working today is Naomi Kawase. Especially if you're heading to the Kansai region, I'd recommend looking up her films Mogari no Mori (The Mourning Forest), Sharasoju (Shara) and Moe no Suzaku (Suzaku). Some of the best travel writing I've read about Japan came from Alan Booth, who wrote Looking for the Lost and The Roads to Sata.

If you could go on a magic carpet and visit anywhere in Japan right now, where would you go?

Rebecca: Matsumoto, a small city with one of Japan's best-preserved original castles and views over and access to Japan Alps. It's home to lots of escapees from big cities who've set up independent businesses, and is the birthplace of Yayoi Kusama (so has a great art museum). It has a lovely, laidback and welcoming atmosphere.

As always, the chat box was alive with thoughts and comments from the audience, so we thought we would share some of your comments here... 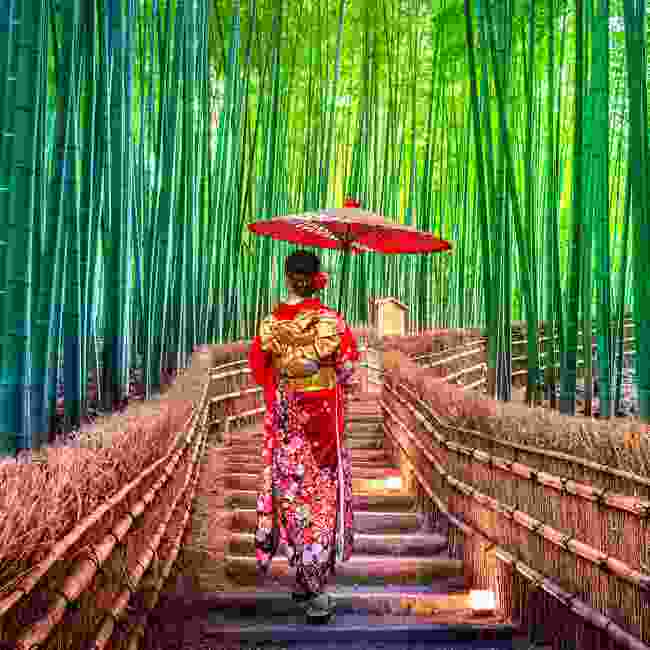 Our best lockdown webinar. Brilliant! Informative and inspirational. Thank you all.

Awesome tips from the speakers and on the chat.

Best travel webinar so far. The contributors passion is really shining through.

Thank you all for a really intelligent, thoughtful view of Japan.

Thanks to you all. Great webinar, lots of inspiration for my trip when I can go hopefully next year.

Thank you so much for taking us to Japan!

Thank you so much. Amazing! You have filled my mind with wonderful ideas! Just off to re-read Wanderlust's Japan article!

Thank you, fab talk, my daughter is riveted (she's 10 and now wants to go to Japan)!

Thanks for a great presentation and would certainly like to go in the future. The wildlife is of particular appeal.

A little look inside the evening... 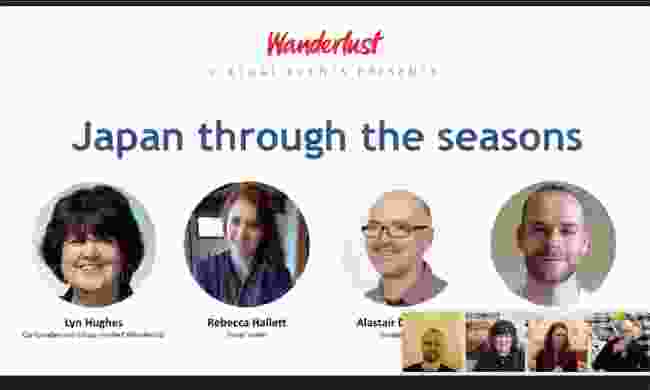 The evening started with an introduction from Lyn Hughes 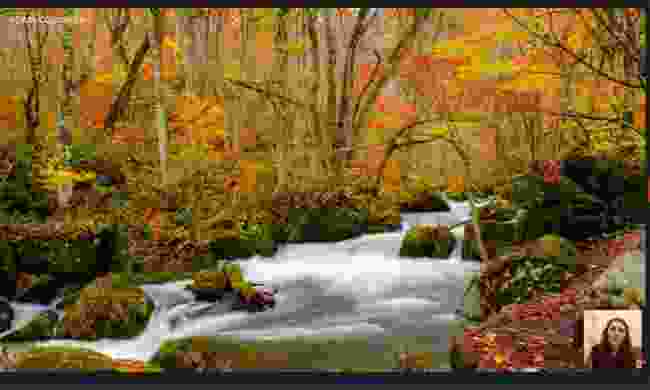 Rebecca took us on a journey through the seasons... The evening ended with a Q&A with our Japan experts