How to travel India by train – with kids...

Will Gray takes his children to around India by rail and discovers that they handle the culture shock better than adults.

It’s just over a month since we returned from India. Daily routines are back to normal, digestive systems are reset to home cooking, and Joe and Ellie are no longer classroom celebrities – the stranded twins, stuck for a whole nine days in southern India, after missing a plane.

The unexpected delay was actually the least of our challenges during the four-week trip (we were happily marooned in a hotel at Kovalam Beach, so no great hardship). It was the rest of the trip that proved more testing – in particular the first week when we travelled independently in Northern India before joining an organised family tour in the south.

Even as a grown-up backpacker you can’t help arriving at Delhi airport without a certain amount of trepidation – make that a big, paranoid dollop of trepidation and antibacterial handwash if you’re arriving with children. We’d briefed nine-year-old Joe and Ellie that it was going to be hot, chaotic, noisy, sometimes whiffy and even a bit scary.

We lingered in the relative calm of the arrivals hall before taking a deep breath and taking a taxi to the railway station. As anyone who’s been to India will know, this is like being fired into a giant pinball machine, ricocheting along streets choked with tuk-tuks, garishly painted trucks and lopsided buses; women in dazzling saris sitting side-saddle on scooters as they flit through the mayhem; the whole scene thick with exhaust fumes and throbbing with horn blasts. 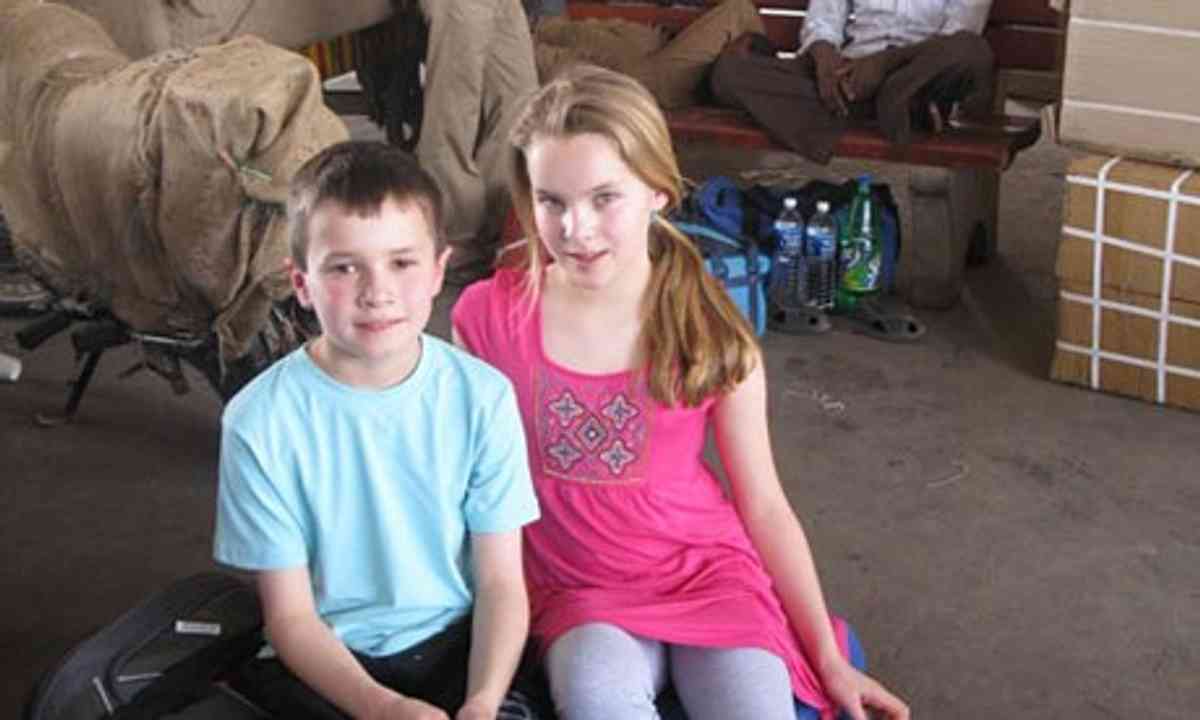 It was the first of many occasions during the trip when I spent as much time checking the reactions on my children’s faces as staring at the world outside. Strangely, though, their initiation into Indian streetlife caused barely a ripple of culture shock. In fact, they spent most of the taxi ride wide-eyed and giggling. Perhaps it was all too familiar – a real-life version of Super Mario Karts…

Stepping out into the human traffic at New Delhi Railway Station, however, was an altogether different matter. Indian life pulses through this place like a fizzy drink bursting with e-numbers, pumping you with stimulants, stretching your senses to breaking point.

Sally, my wife, and I took the twins’ hands in vice-like grips and attempted to keep pace with the porters on whose heads our luggage bobbed like flotsam carried away on a tide of commuters. Weaving through the crowds, vendors peddled everything from fruit to padlocks and chains.

The 40-degree heat, the stench of excrement rising from between the tracks, the babble of announcements from the tannoy system, diesel trains hauling endless lines of carriages and stirring the platforms into frenzied activity, as if someone had prodded an ant nest… what were we thinking, bringing our children here? Was it madness to have started our trip like this? Should we have stuck to an organised tour, handheld by a guide?

But the bubble of bewilderment soon passed. The porters made sure we reached the right platform (with our bags). They squidged Joe’s chin (something he’d get used to in the weeks ahead) and, minutes later, an Indian family wandered over to say hello and check that we were OK. That’s the beauty of travelling with kids in India – it brings out the very best of local hospitality, no matter how manic the situation you find yourself in.