From active volcanoes to white sands and wildlife-packed forests, Costa Rica is a playground for surfing, snorkelling and even cowboy adventures. Our handy guide will show you how to see the best of the country

Once a small farming town, La Fortuna – 130km north-west of San José – is now a popular base for organising active adventures. Nearby Arenal Volcano National Park provides several opportunities for hiking, including a trek on a lava flow from the 1968 eruption, with level trails around the volcano’s base ideal for mountain biking. There’s a good chance of seeing toucans, parrots, tanagers, oropendolas and agoutis; Arenal itself has been very quiet since 2010. 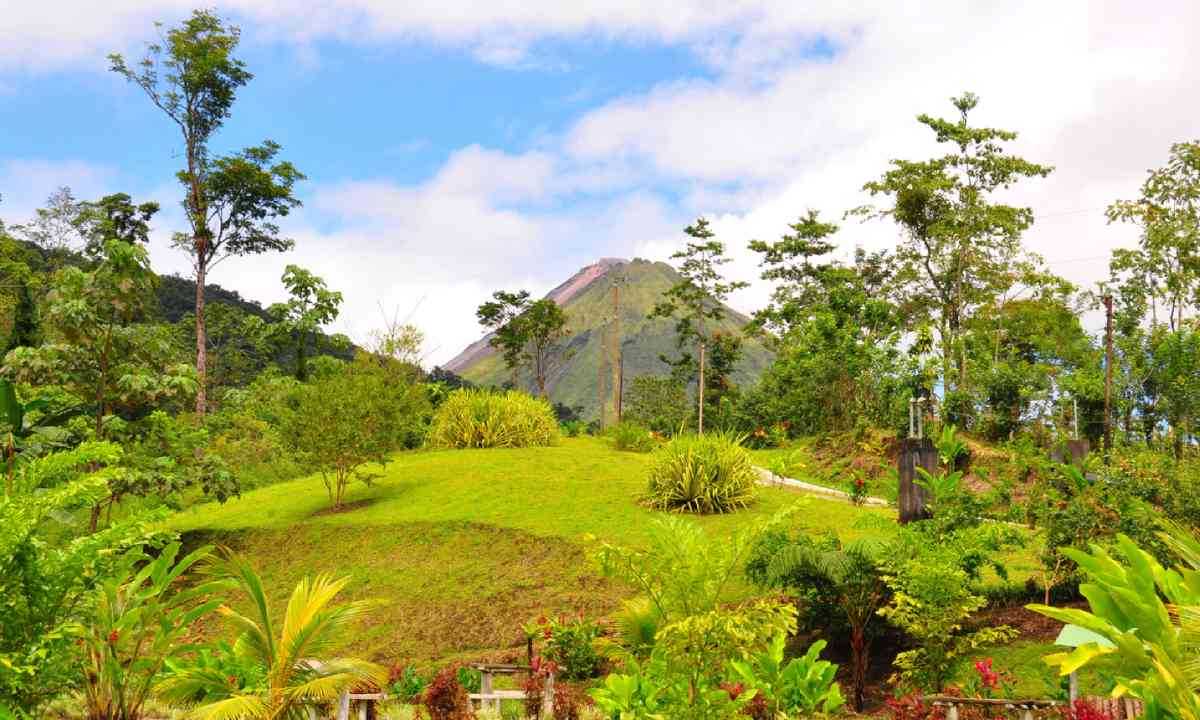 Other attractions in the area include the pretty La Fortuna Waterfall, southwest of La Fortuna, and a number of hot springs, notably at Tabacón. Lake Arenal, perfectly positioned for volcano photos, is actually a man-made lagoon created when a smaller lake was dammed to generate electricity. It’s used for fishing rainbow bass and windsurfing; several water-sports schools operate out of Tilarán to the south of the lake.

A further 90-minute drive takes you to Monteverde Cloud Forest, where wide, well-planned footpaths and canopy tours open up a misty jungle busy with 14 species of hummingbird as well as bromeliads and butterflies.

When to go? May-November, the rainy season – the volcano is more likely to be visible after a shower. 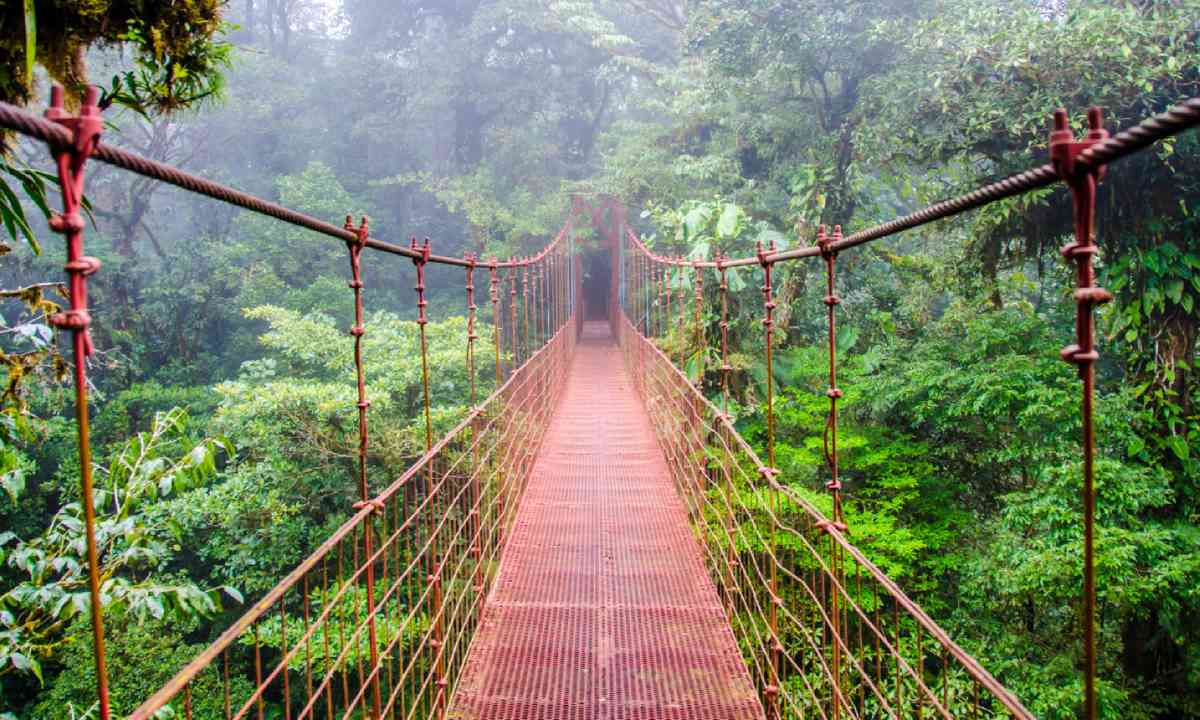 A transport hub on the Panamerican Highway, Liberia is the capital of Costa Rica’s sabanero culture, named for the cowboys who live on the surrounding sabana (savannah). Tourism now rivals beef production in the local economy – Liberia has its own bijou international airport – but there are plenty of ranches hereabouts. 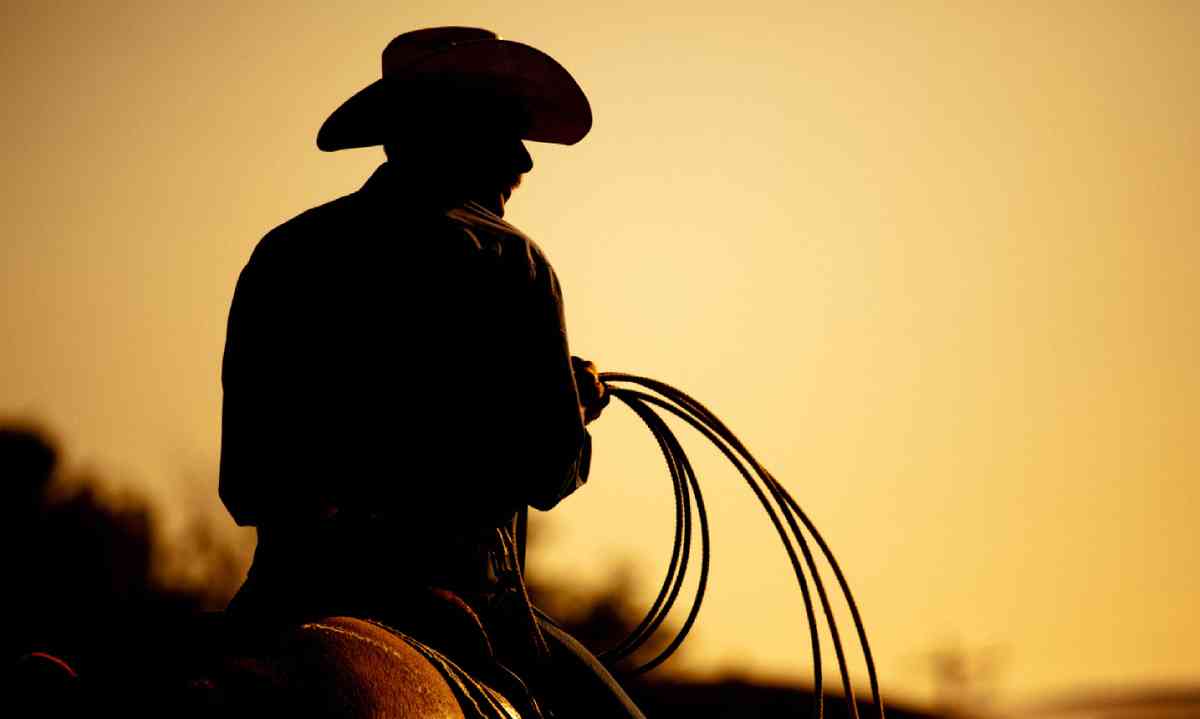 Liberia has a few run-down old buildings but is a pleasant enough college town for a sleepover before bussing or taxiing the 25km to Rincón de la Vieja National Park. This conservation area is spread around the active Rincón de la Vieja and dormant Santa María volcanoes.

When to go? Dry season on the Pacific-coast slopes is December-April; February-April is best for climbing to the craters, as paths aren’t too slippery. 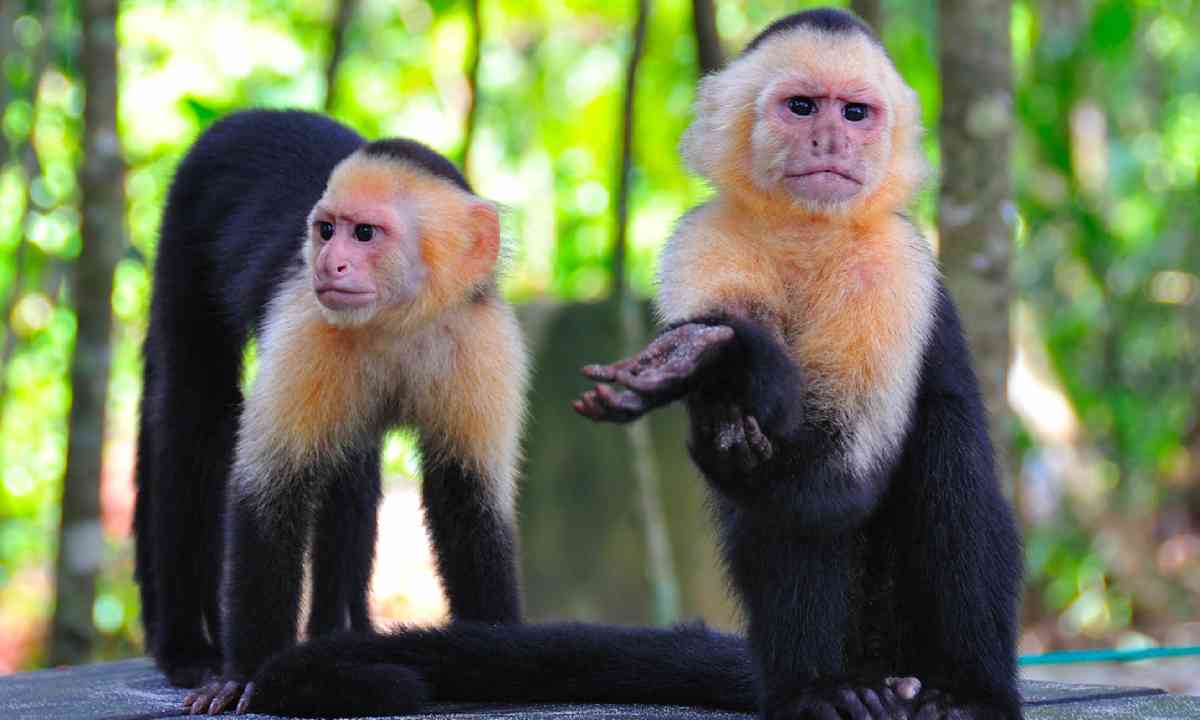 The Nicoya Peninsula has the world’s lowest rates of middle-age mortality. Corn and beans are the staples of a diet inherited from the indigenous Chorotega tribe, and Nicoyan elders live in a close-knit inter-generational society. Since the 1990s, these youthful senior citizens have been joined by an influx of 20-something beach bums and surfers, who congregate around the Pacific coast resorts of Manzanillo and Malpais. 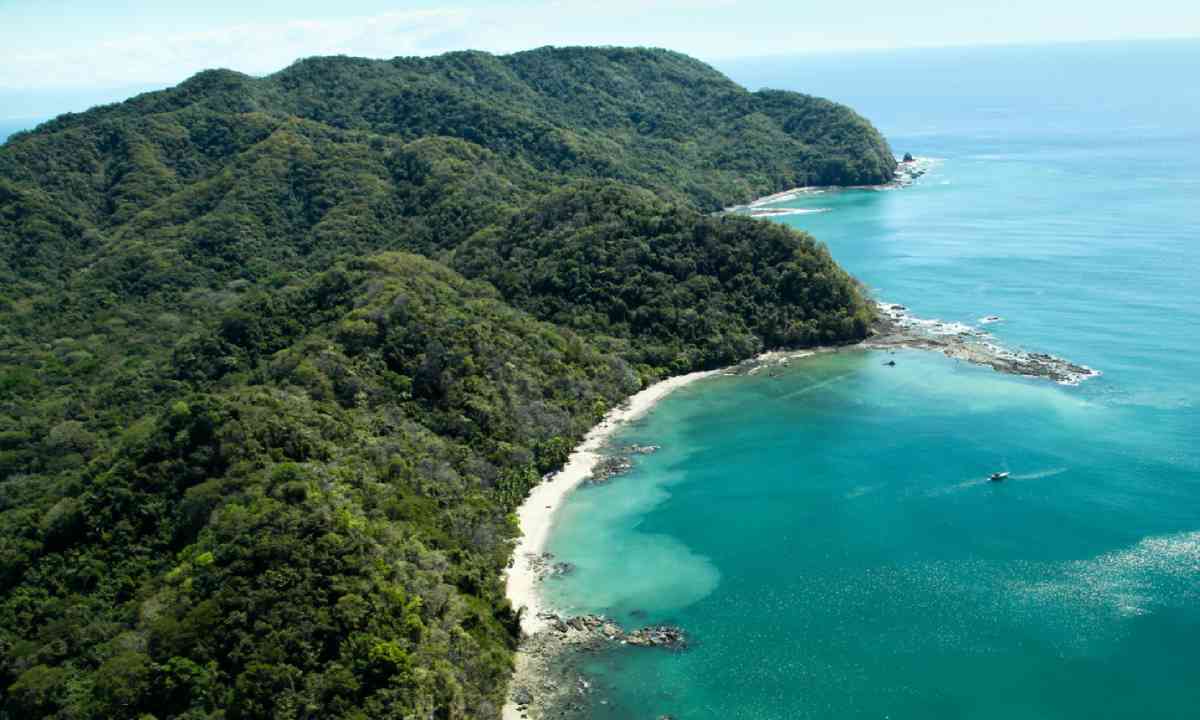 Though there’s an inevitable US gringo feel about the shack-style accommodation and hipster bars, the beaches and ocean are just glorious, and there are plenty of opportunities for snorkelling and scuba diving to see reef sharks, nurse sharks, manta rays, angelfish and lovely coral. 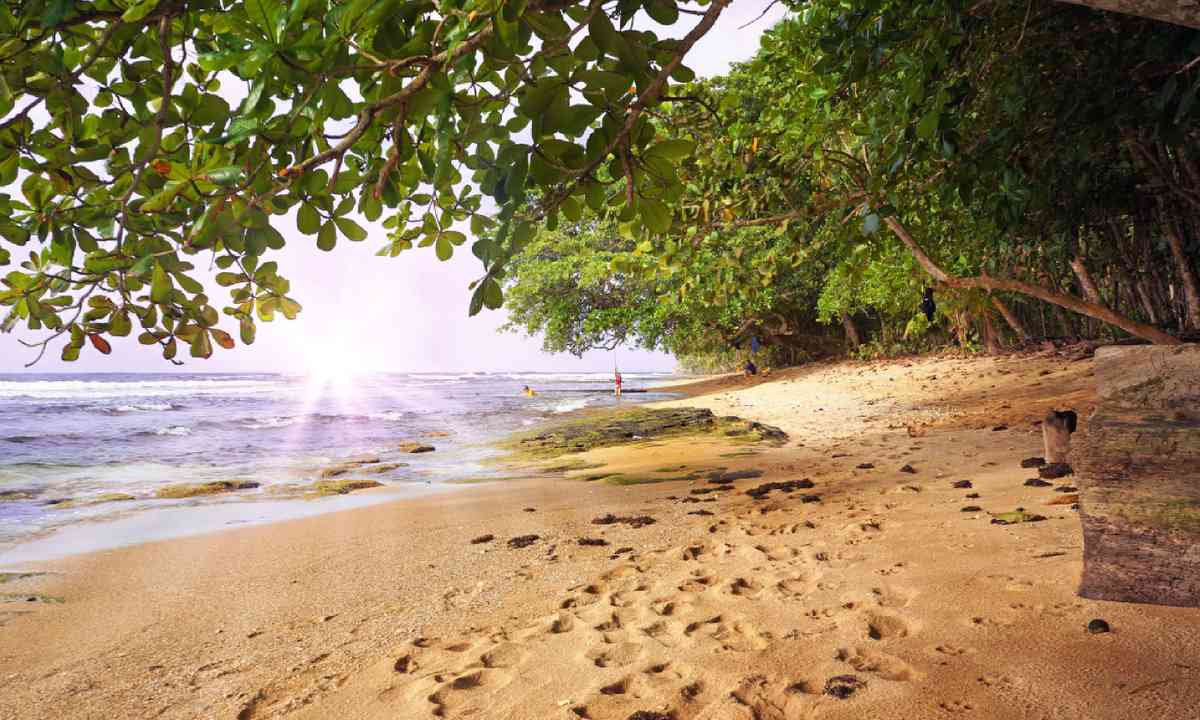 The gorgeous beaches are backed by felled forests (developers have gone berserk around Santa Teresa) but at the very tip of the peninsula is Cabo Blanco, the oldest protected area of Costa Rica. A 4.5km trail leads through old-growth tropical forest to a white-sand beach. Note: if heading only for the beaches of southern Nicoya, a quick route is on the ferry from Puntarenas to Paquera (65 minutes).

When to go? May, known as ‘little summer’, when the first showers provide relief from the scorching November-April dry season.

San José is only a mini-metropolis, but it does have some smart hotels located in old coffee-growers’ mansions, and it does give a taste of ordinary urban life. As well as the plaza and fruit-full central market, visitors should head to the impressive Gold Museum and Costa Rican Art Museum, built in a former air terminal beside the pleasant La Sabana Park. 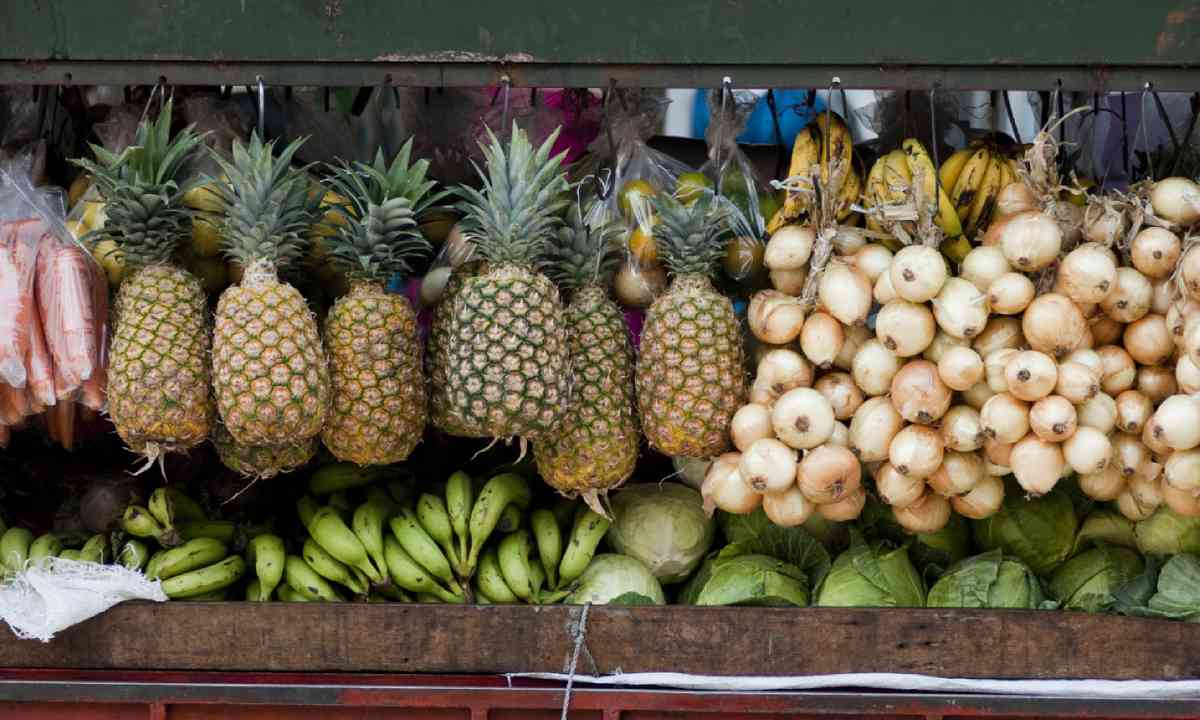 A short ride from the capital, there’s superlative white-water rafting on the Class III-IV Pacuare River (start from Tres Equis or Turrialba). Alternatively, take a sloth-speed ride across the canopy of a private reserve near Braulio Carrillo National Park on the Atlantic Aerial Tram.

The national park itself, spread around the dormant Barva volcano and a chain of mountains, is under-explored and bursting with biodiversity. This includes 500 bird species, including quetzals, toucans and eagles, as well as white-faced monkeys, jaguars, peccaries and Costa Rica’s biggest venomous snake, the matabuey. 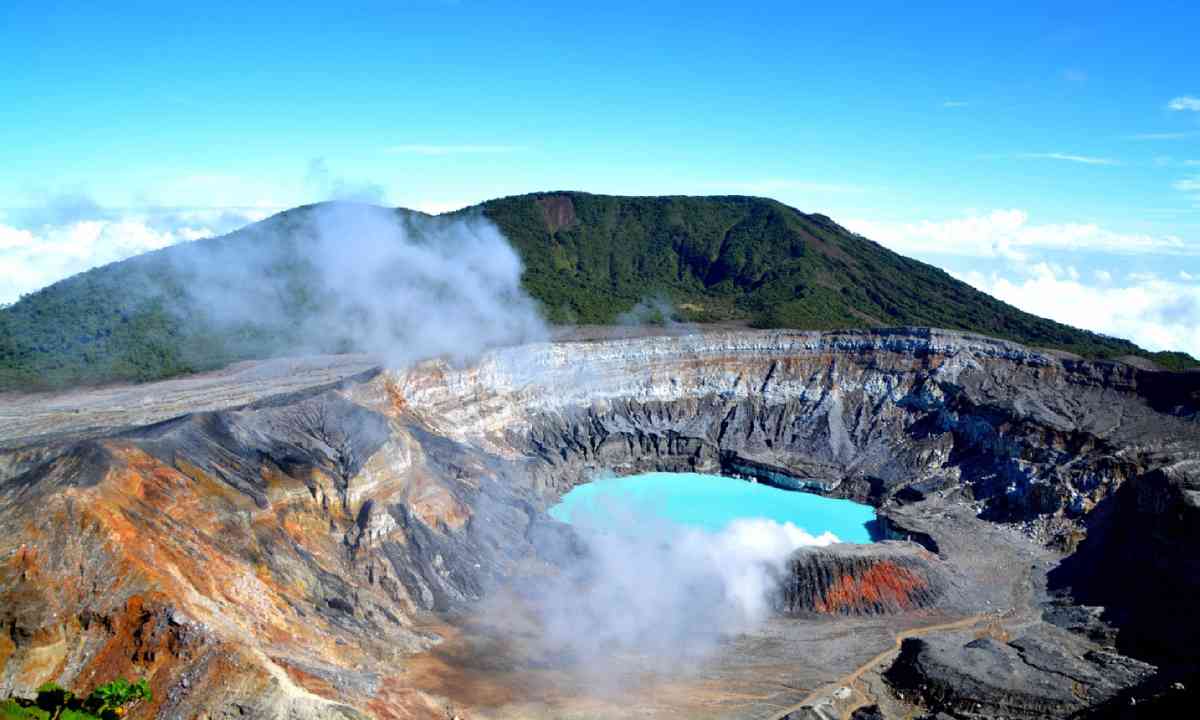 Crater by the lake of the Poas volcano (Shutterstock)

Two other nearby national parks, Turrialba and Poás, boast active volcanoes. The former was closed for much of 2015 following eruptions, but its lower reaches are usually open for horseback rides; the latter provides a good opportunity to see a steaming crater close up.

When to go? May-June and November – transitional seasons, good for wildlife and greenery.

Take the 25-minute non-stop flight from San José or boat service (3-4 hours) from the working port town of Limón to get to Tortuguero, a bustling village of colourful houses and shack-like cafés sited on a sandbar. 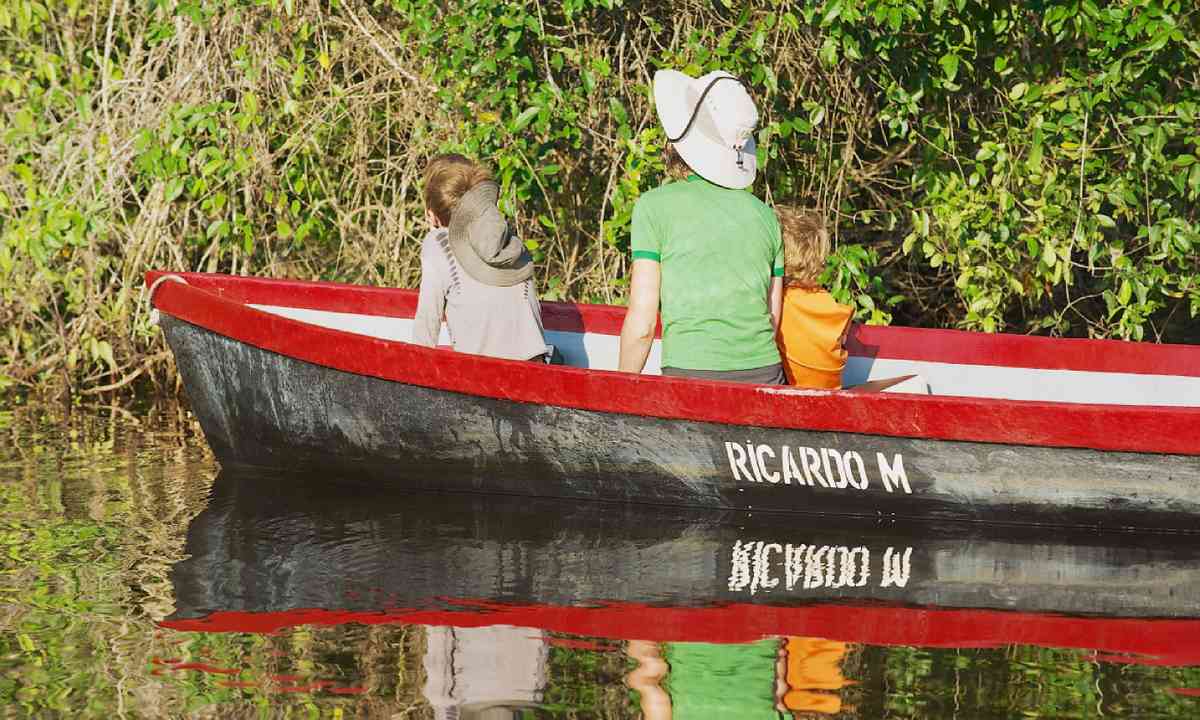 It’s the place to embark on jungle trails, canoe excursions and day-long boat trips through the freshwater channels of the Tortuguero National Park, looking out for river otters, caiman and endangered manatees. In July and August, tours also take in a nesting site for endangered green sea turtles, which were on the verge of becoming extinct and are now protected here.

When to go? March-September, dry season on the Caribbean coast; July-August is peak turtle season.

Puntarenas is a slender peninsula sticking out into the Gulf of Nicoya, which exudes an air of atmospheric dilapidation that will appeal to your inner Graham Greene. Ferries to the Nicoya Peninsula depart from here, as do two-hour trips to the tranquil Isla de Chira. 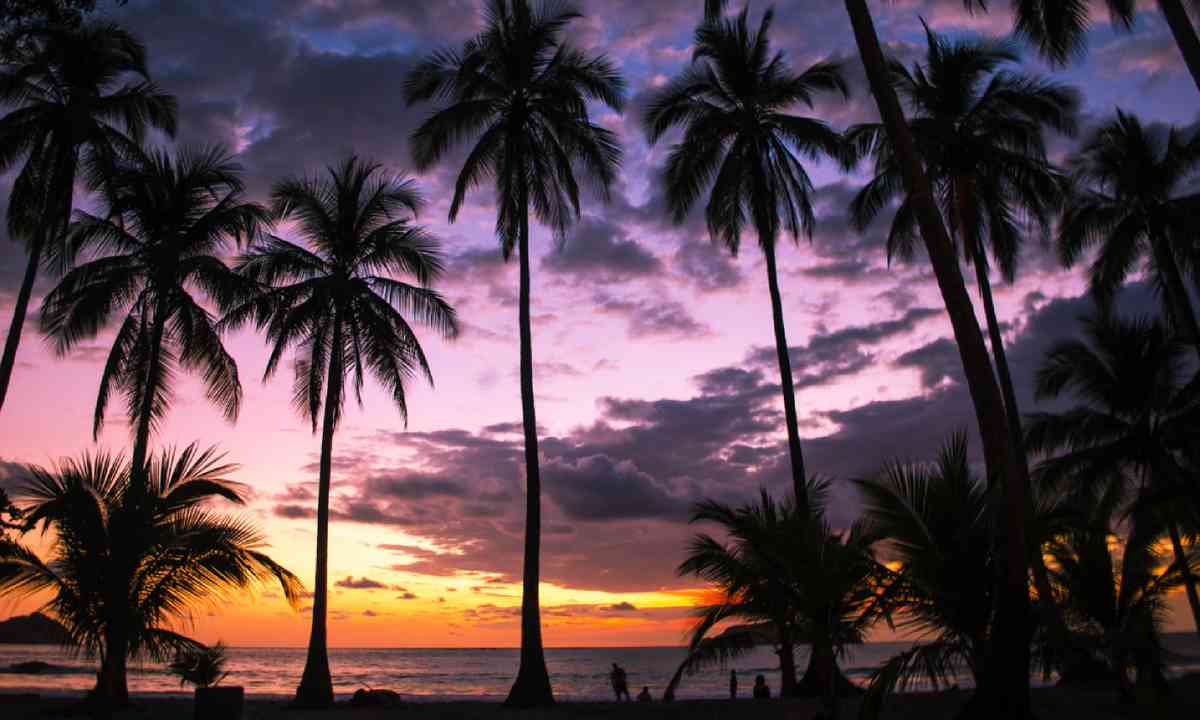 The journey south takes in the coastal townships of Tárcoles, Herradura and Jacó before arriving at the densely forested slopes and sandy beaches of Manuel Antonio – Costa Rica’s smallest and busiest national park. Here, you’ll spot three monkey species; coatis; iguanas; two- and three-toed sloths; and myriad multihued birds on the park’s canopy walks and short hikes – just be prepared to share them. 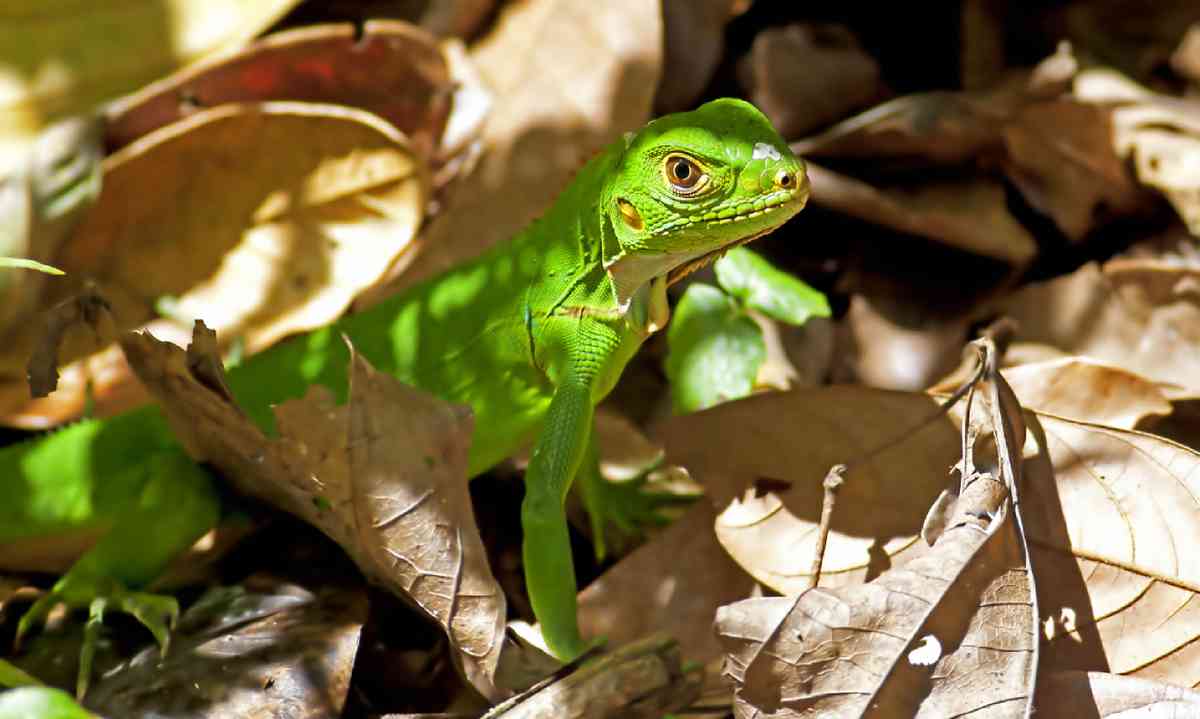 Ditto the beach scene, which is vibrant but visitor-thronged. The former fishing and fruit-packing village of Quepos, on the edge of the park, is back-to-back hotels and hostels.

Paving and power may have turned Playa Dominical, a surfers’ favourite 44km south-east of Quepos, into a major tourism centre, but it’s also the access point for the private 3.3 sq km Hacienda Barú rainforest reserve, which contains 7km of walking trails and unspoiled orchid and butterfly gardens.

When to go? December-April, dry season.

Why fly into Puerto Jiménez, on the untouched Osa Peninsula, when the road less travelled takes in one of the most pristine stretches of coast in the country (though it’s under pressure from real estate speculators)? South of Playa Dominical, the road towards Osa is flanked by beautiful beaches on the right and rainforest on the left, broken only by the occasional farming village. 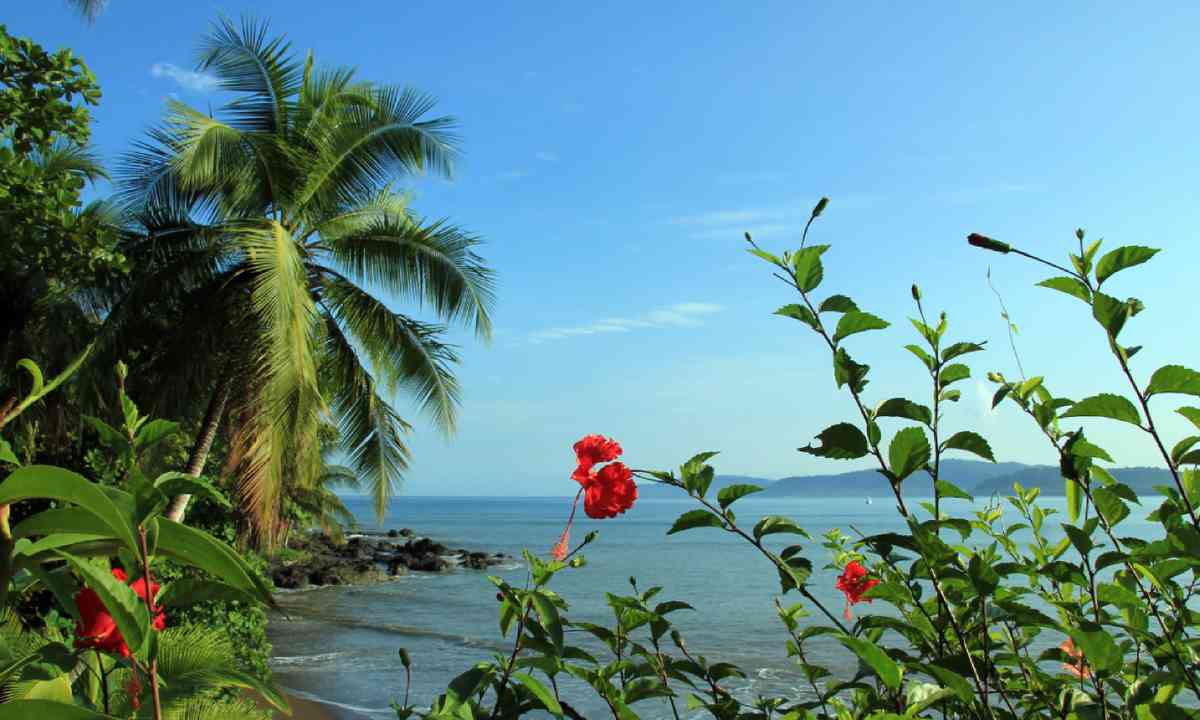 The first major stop is Marino Ballena National Park, a land and marine park around Uvita and Bahía that protects humpback whales, several dolphin species and nesting sea turtles. Here, and further down on the peninsula, it’s easy to book boat trips to see them. 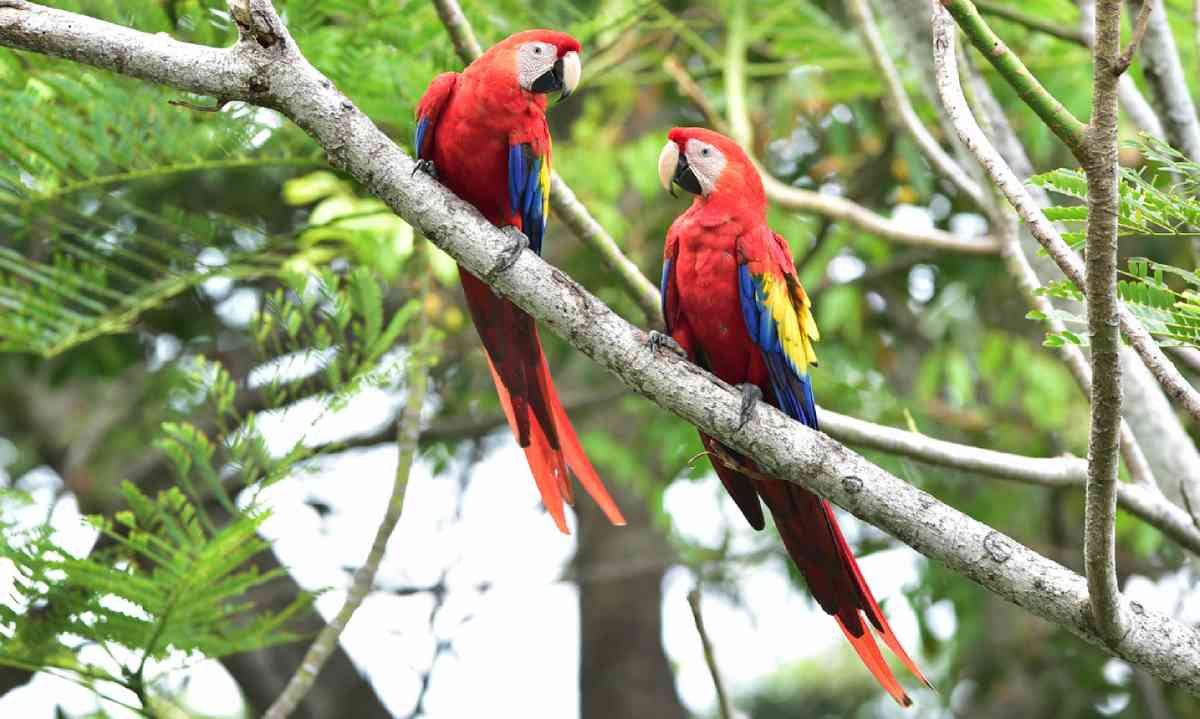 Corcovado National Park is said to be the most biodiverse in Costa Rica – great for monkeys and scarlet macaws – but down here the unprotected areas are in almost as good shape as the reserves.

Puerto Jiménez (aka Port Jim) is a Wild West outpost where you might see white-faced capuchins slouching down the main street. Note: when hiring a car, ask about recent rainfall as the overland trip requires several river crossings.

When to go? November-late April, the dry season.

Driving down the Panamericana (called the CR-1 in the north, CR-2 south of San José) might not seem like the best use of your time in this wildlife-rich, adventure-packed nation, but the advantages of a fly-drive are that you tend to go slower (potholes more or less demand this) and take in working villages and ‘real’ towns.

This includes spots such as Cartago (the former capital), Cañas and San Isidro de El General, where prices are lower, people are less tourist-hardened, and you get a real flavour of Tico life. 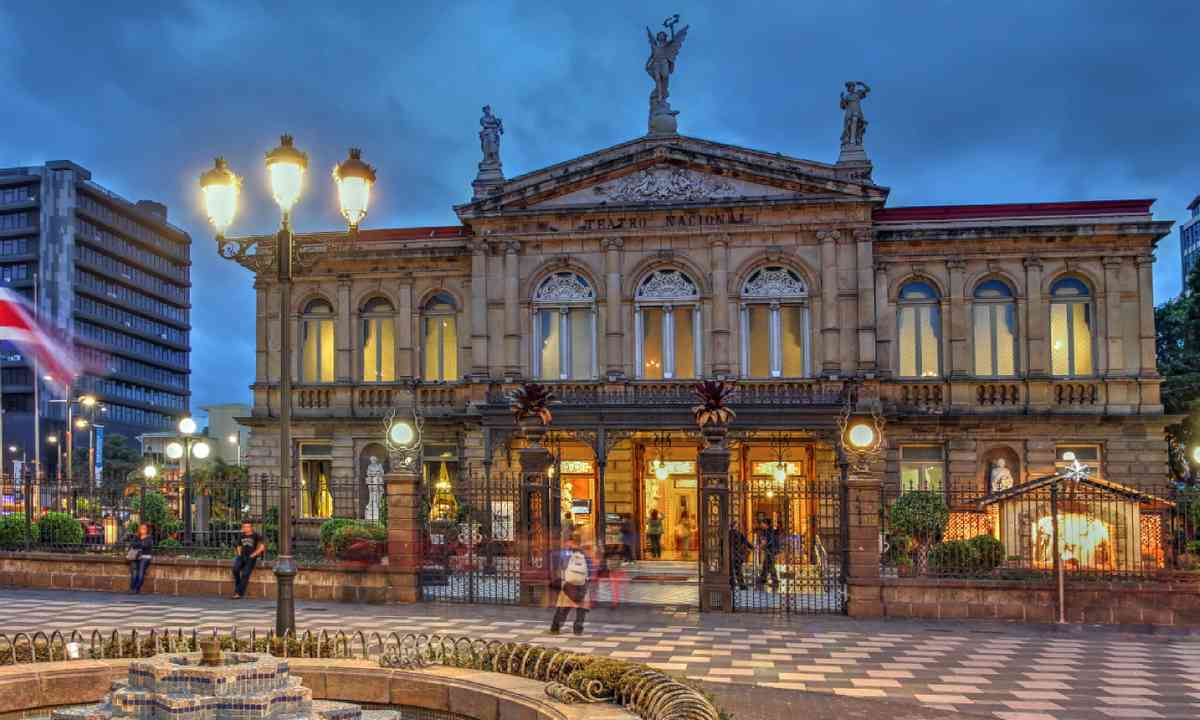 The highway skirts under-exploited national parks such as Palo Verde, known for its migratory birds, and Los Quetzales, created in 2006 and a habitat for one-fifth of Costa Rica’s bird species including the sooty robin and quetzal.

Between the highlights, it’s all dramatic climbs, lonely petrol stations, coffee ranches, peanut and macadamia plantations, tropical fruit as far as the eye can see, and distant volcanoes and mountain-scapes, dreamlike under tropical skies.